Skip to content
I bet that thousands of people drive by Indian Creek Reservoir every day and don’t know what it is. 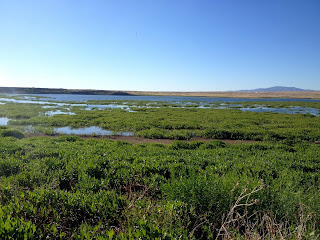 It is the small reservoir that marks the halfway point between Boise and Mountain Home, and over time anglers have written it off as a bad fishery.  We got a tip earlier in the day that it was fishing well right now and, knowing ourselves well enough to determine that we would have trouble sleeping if we didn’t check it out, we took off after work. 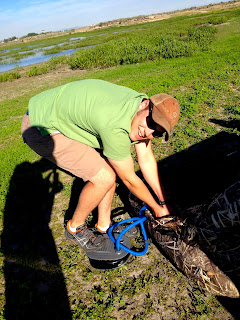 Ryan Spillers is my top choice to fly fish with in any given place or situation. He fully understands that fishing can be phenomenal or a bust and is 100% okay with whatever the outcome.  It is also nice that he has been fly fishing practically his whole life, and together there is very little we can’t figure out. 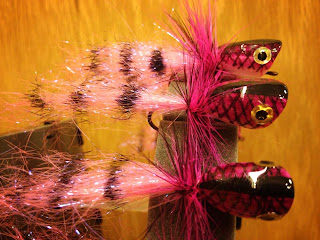 Float tubes were pumped, flippers were on, and rods were rigged with our favorite top water bass fly. I had to use one of the Pink Poppers from the shop, while Ryan went with his own pattern, the Spillers Diver.
I hit the water first, heading to the rock bluff on the west side of the reservoir; however, before I could reach my destination I had my popper in the water and was carelessly kicking and releasing line when SPLASH, my popper was hit!  Immediately I set the hook, bringing in a ten-inch largemouth that put up the fight of its life!
Off in the distance I could hear the echoes of whooping and hollering as Ryan proceeded to nail one fish after another.  We met up with each other in the middle of the reservoir where the plant life was sticking out of the water creating a perfect habitat for bass. And it wasn’t even fair. No matter where we placed our flies they were massacred by the nearest bass.
The fishing was so good we decided to play a game… CAN THEY CATCH IT?  We casted our fly as far as we could, stuck our fly rods in our armpits and, with both hands, retrieved our flies as fast as we could.  Bass were flying out of the water after my rocketing popper and, believe it or not, they caught it! 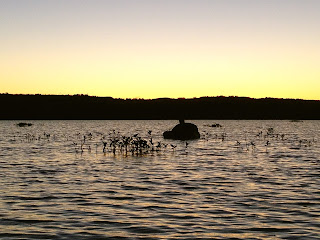 We stayed until we couldn’t see any longer and the temperature had noticeably dropped. Cold and dark, we headed out to the nearby gas station and picked up some delicious hot chocolate for the drive home. 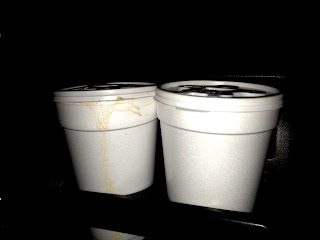 The video below is fly fishing Indian Creek Reservoir with my wife, Gracy.