Skip to content
John, the owner of Anglers Fly Shop and my boss, teaches beginning fly fishing classes at the local universities.  Every semester the class has the opportunity to fish on a local river, and I, along with others, volunteer to help John by budding up with his students on the water.  This year we had the opportunity to take the students on a private bass pond outside of Caldwell, ID. 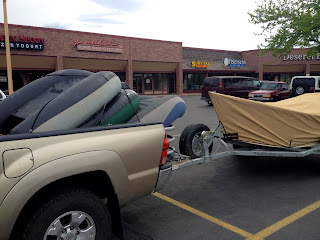 With the truck and drift boat filled with float tubes and gear, John and I headed out to meet the students and take them to the pond.  After each student had their waders on and rod rigged up, we kicked out on the pond and started to fish.  I was paired up with two of John’s students.

Almost immediately I had hooked into some fish, but every one of them shook me off.  What was I doing wrong?  I’ll tell you.  I was setting the hook as if I had 6X tippet on.  My years of delicate dry fly fishing was not paying off right now.  After shaking my head I plopped my popper right under a perfect ledge.  Pop! Pop! WAM!!!  This time I was ready!  I had wrenched back my fly rod so hard my fins came out of the water, and this time… FISH ON! 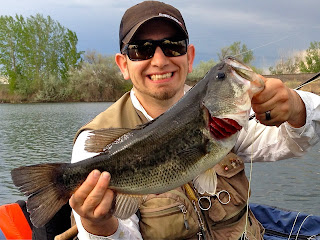 I proceeded to hammer fish after fish; they would explode into action, jumping and tail-walking while I brought them in. I was having a blast, so much that I had completely forgotten that I was there to help John’s students.  A familiar voice hollered at me from across the pond, it was John. “ERIK, shouldn’t you be helping your students?” I looked back at him and realized that I had no idea where my students were. I kicked over to the nearest float tuber, and recognized him because of his colorful glasses.  He had yet to catch a fish, so I helped him into position and explained the technique for catching a bass.  After a few casts, he was hooked up and brought in his fish. 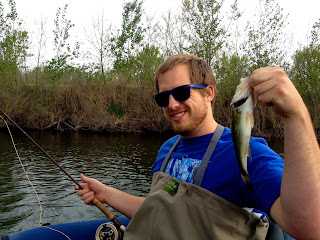 I explained that if he extended his arm toward the camera, his fish would look a little bigger.  That is something that just isn’t taught in the classroom. 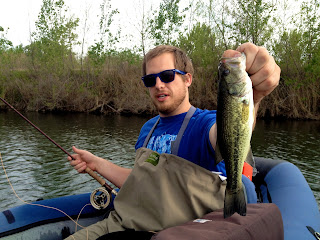 With his first bass under his belt I kicked off to my other student, who was actually fighting her first fish.  The fish was fighting hard and I knew it would be a beast. 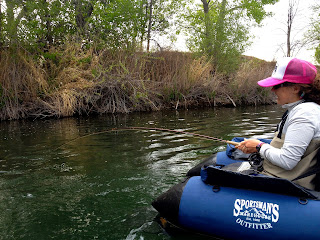 With both hands on the rod, she was doing everything she could to bring in this fish. As it surfaced I was able to grab its lip, revealing her first fish. 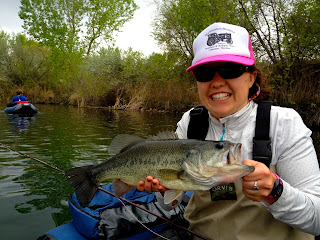 With both of my students having each caught a fish, I proceeded to fish.  I always say that if you don’t catch the brush sometimes when bass fishing, then you are not throwing close enough to the bank.  Well, that is all fine and dandy until you loose your popper!  I was in a panic looking for it, but it was nowhere to be found.  I now felt lost like the popper.  I rooted around in my bass flies looking for another top water fly to use, when low and behold, I came across a Spillers Diver.  This was the very diver Ryan had tied for the fly tying video.  YES! I’m Back!
Needless to say I proceeded to nail fish after fish, after fish; it was almost a sin.  I had come across another student who was also doing well. 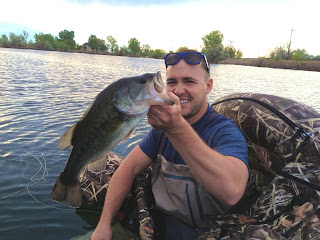 And for those of you who are thinking of me as selfish at this point, I did find my students and help them each catch another fish… Then I neglected them for the rest of the evening. 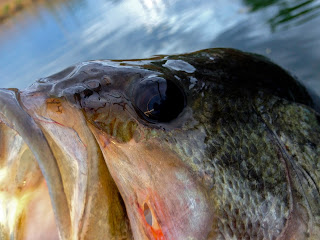 I was the last person to come in from fishing and trust me, I would have stayed longer, but a small part of my conscience was reminding me that I was there for the students and ultimately there to help John. Together we all reminisced about the day, and shared stories of the fish we caught.  After hearing how my student did compared to myself, I felt guilty and in retrospect, I should have helped them more… perhaps a third time.  Why do I love to fish so much?