Skip to content
Fly Fishing with Travis, AKA Hank Patterson, turned out to be quite the adventure.  Before I could load my gear in his car he had promised we would catch 50 fish today and that he had the secret spot.  If you wonder what it is like fishing with Travis, it is even more funny than watching a Hank Patterson video.  For instance, as he slurped up a cup of fruit cocktail, the sounds that protruded were that of a Shop-Vac sucking up water from a bucket.  And with every glug of sweet nectar he would announce out loud, “mmmm, delicious fruit”.  I don’t think there was a dull moment the whole trip. 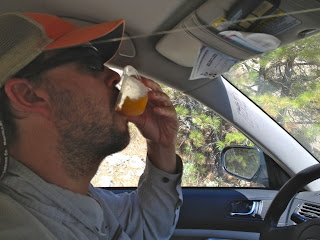 We headed to the Middle Fork of the Boise that flows into Arrowrock Reservoir.  The drive was bumpy with blind corners and hairpin turns; a big reason why most avoid the middle fork.  I, for one, only head up there a few times a year for fear that my car will rattle apart due to the 15-mile washboard road. 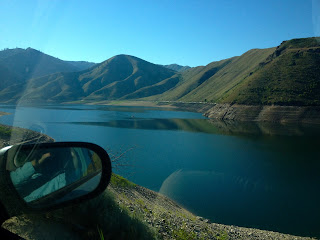 When we arrived at our spot, we stood looking over the water.  I pulled out my phone to take a picture right as Travis was pointing to where the fish would be. 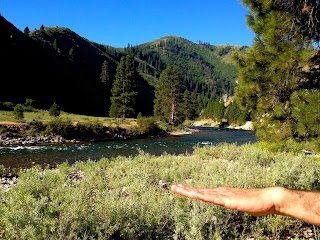 I managed to take another shot before we headed in. 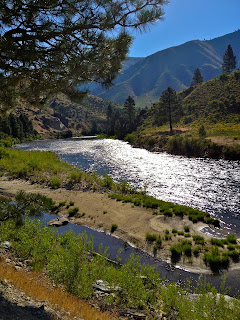 As you walk the river there are stone fly nymphs and shucks on every rock.  We did see a few golden stones flying around that I pointed out to Travis. I was naming the flies I could see hatching, “Look there are midges.  Caddis, the caddis are hatching!  Golden stones, check-em out.  The Yellow Sallys are everywhere”.  Travis didn’t miss a beat yelling back, “House fly, the common house fly! I just saw one!” 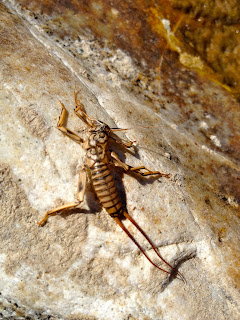 It wasn’t long before we were both catching fish; I had crossed the water and was able to get this shot of Travis landing a fish. 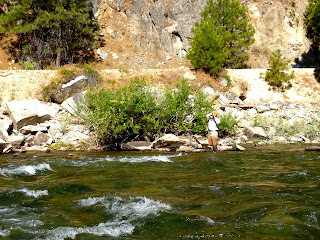 Sadly the fish got off the line before I could get a picture of it; however, Travis was happy to show me the size of the one that got away. 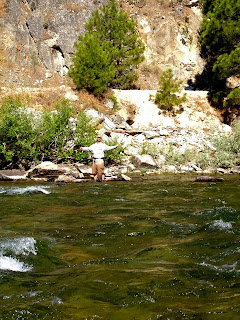 We had moved to another spot, and almost right after we got into the water, another vehicle stopped right where we were fishing, and a guy approached us.  I couldn’t see who it was because the pine trees were blocking my view.  The man asked, “Would it be okay if I took some pictures of you guys?” Well, I’ll be, it was the Statesman’s local outdoor writer and photographer Roger Philips.  “Is that Erik?”
“It’s Me!” I yelled back. 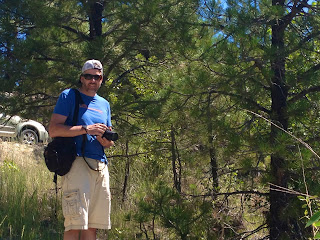 It’s always nice to see Roger.  Sometime a picture of me will end up in the paper if I’m lucky; my mom loves it when that happens.  Before he took the cap off of his camera I said “Did you see that I am fishing with, none other than, world renown fly fishing expert and guide Hank Patterson?”
Rogers face lit up, “Really!”
Though Travis was 40 feet away, after a hop skip and a jump, Roger was face to face with him with his camera drawn.
I had instantly become a lowly fly fisher as the Hank Patterson glamour photo shoot took place. 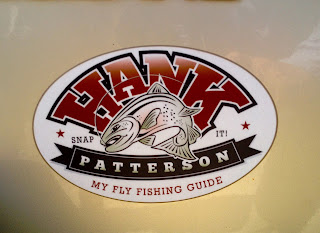 I know!  I will catch a fish!  Wouldn’t that be a great picture for Roger, to come out and actually get a fish on camera?  I got into position and made a few casts, nothing. Come on fish! I quickly got into a better casting position and presented my fly.  I watched as it quickly moved on top of the water, but not as quickly as the fish that darted up to eat it.  BOOM, fish on! I brought the fish onto my hands, and yelled “Roger, do you want a picture of a fish?”
I held out the fish for him to see.  Roger looked away from Travis for a second, held up his thumb, and said “good job, Erik” and went back to his conversation.

I looked down at my pitiful 9-inch fish, took the fly out of its mouth, and watched it, like my ego, drift down into the shadows of nothing. 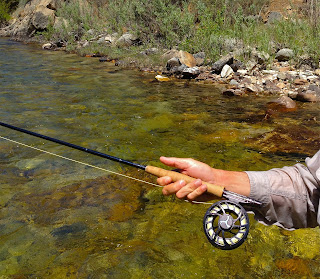 Fly fishing was still good; we had moved from our previous spot, up passed where the north fork of the Boise connects with the middle fork.  Once more we both proceeded to nail fish.  Travis got his fly caught in a shrub on a back cast, and I was quick to get a picture. 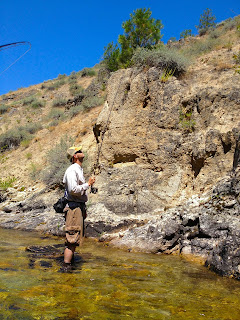 I also had limited casting space, so I started single-hand-spey casting to avoid any entanglements.  Over the years I have almost perfected this cast, and do it without thinking.  I was not aware of the theatrics of it until Travis got my attention by over mimicking my loops by flailing his arms creating loops and spirals with his rod tip and line.  I definitely found the humor in it all, and couldn’t help but laugh.  I asked Travis “ Do you want to learn the cast?”  “I don’t need it,” said the guy getting his fly out of the shrub.
It was time to head out, and with Travis and I both not wanting to run into a snake, we took the long way back to the car.  Normally snakes are not a big issue for me; however, Travis seems to have had a rattlesnake sighting on every portion of the river, and was not shy about telling me about it.  We managed to get back to the car, and after a successful day of fishing, we headed home.
The adventure was not over yet.  On our way home Travis’s rear driver side tire blew out. We managed to barely make it to a small turn out on the road, and parked the car. 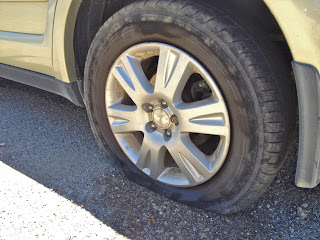 We must have fixed that tire in less than five minutes.  As I snapped a picture, I said, “This is going to be great for my blog.” Immediately recognizing how insensitive that sounded, I looked up at Travis who was smiling at the comment.  Lucky for me his sense of humor is further advanced than mine, making this the beginning of a beautiful friendship. 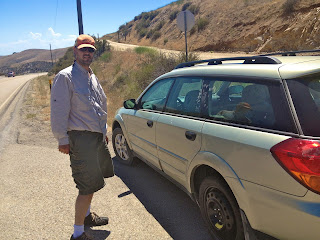