Skip to content
I took off early in the morning to fly fish the Little Payette Lake outside of McCall, ID, with friend, Mike McLlean.  I have never fished there before, but I have heard and seen pictures of others who have and the pictures are great.  Big bass lurk amongst the fallen timber that covers the shores of the lake and, even more exciting, there are big tiger musky that also inhabit the lake.  They sit ever so still in the shadows created by big rocks, fallen timber, or sunken trees, waiting for an unsuspecting fish or fly to cross their path.  Catching big bass or better yet, a tiger musky would certainly be worth getting up for the early drive to McCall. 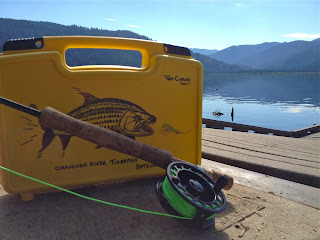 Mike was set up with some awesome gear.  He had two Hobie Mirage Kayaks for us to use, and let me tell you, they are awesome!  With the maneuverability, stability, and the speed you could go, there was not a safe fish in the lake. 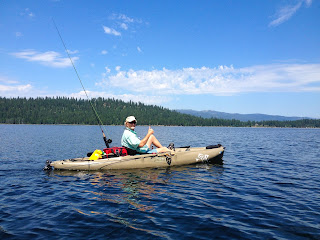 We kicked over to the opposite side of the lake, which was about one and a half miles, in no time at all.  We were headed toward the structure sticking out of the water; perhaps that is where the tiger musky are!  With all of the sunken stumps visible under water, and the dead trees that protruded from the lake, this gave the lake almost an eery feeling.  Curious, I kicked up to a tall stick that was once a tree, and the closer I got the more decayed it looked.  I looked down to see the trunk of the tree disappear into nothing. Though the trunk has probably been standing since before I was born, I couldn’t help but think that it was going to fall on me any second.  I switched the rudder to turn around, and kicked off faster than necessary. 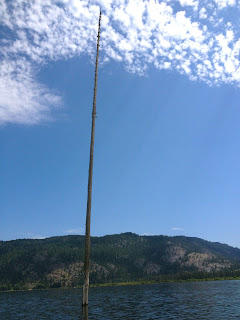 Both Mike and I fished and fished, and fished.  Nothing! We threw poppers and all kinds of streamers in search of a fish.  We even had sinking lines to get deep, and still nothing. After a few hours I was wondering if this would be my first no-fish blog. 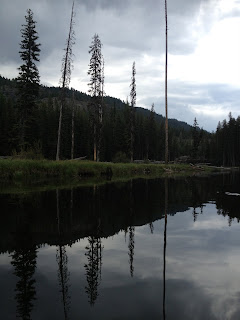 It was quiet on the water, so when I heard the loud snap of a twig in the foliage on land, I immediately looked up.  It was a deer, and it seemed to be calmly eating and stepping lightly around the trees.  I watched as it walked on, eating and looking around before it faded into the forest.  The calm behavior of the deer brought a smile to my face, and it also gave me new hope of catching a fish. 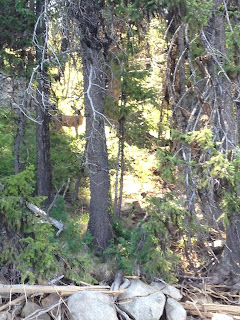 Both Mike and I kicked around the bend where the driftwood jumbled the water.  I had my sink tip on with an olive bugger attached when the tip of my fly rod lurched to life.  A wick of water shot up as I promptly set the hook.  “Mike!” I yelled with a smile on my face.  “There you go!” He said back with enthusiasm. I fought the fish and could feel that it definitely was not a bass, or a tiger musky.  Stripping in the line quickly the fish became visible. “It’s a pike minnow.” I said to mike, “It’s basically a trash fish.” Mike started casting where I had caught the fish saying “It’s still a fish!” 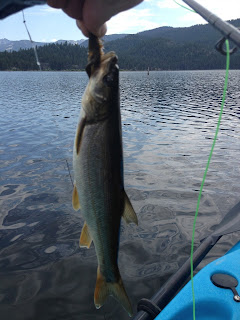 The once quiet water lit up with excitement as Mike’s popper was being destroyed by a school of pike minnows.  He was laughing up a storm as the splashing fish fought over his popper.  Together we caught countless pike minnows, until we decided to move on. 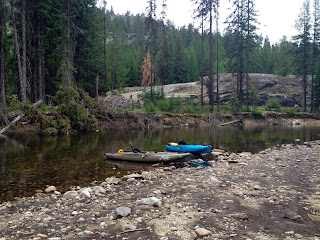 After lunch and a few more hours of fishing, we decided to head back in.  There was still plenty of day left, so Mike took me to fish the North Fork of the Payette River that was only a few minutes from his house.  We got into a evening mayfly hatch that brought every fish to the surface.  The little buggers were being selective; I had to drop down to a size 22 fly to actively get takes, and takes we got! 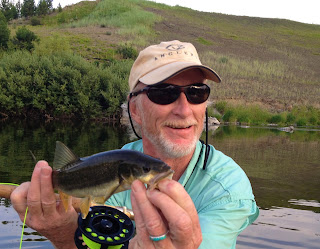 We fished into the evening, catching small trout, white fish, and pike minnows.  We laughed out loud as we continuously hooked into little fish, after little fish.  It was a fun way to end the day fishing with Mike in McCall. 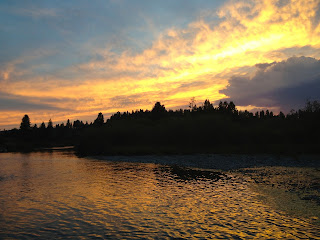 3 thoughts on “Thank You Trash Fish”