Skip to content
Bert Williams and I took off early to catch the trico hatch at the Owyhee river last Sunday.  Bert, a good buddy of mine, is a board member of the Boise Valley Fly Fishers and the local Fly Fishing Expo in Boise.  Both being a part of these organizations we met a few years back and meant to go fishing ever since. 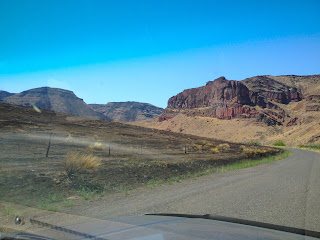 This was the first time I had been to the Owyhee since the recent fire, and despite what I have heard, to me it looked like the land around the river had simply been weeded.  There is still a line of green shrubs that border the river in most places, and the big trees are still standing with green leaves that shadow the ground.  Ants, spiders, and beetles scampered about as if there had been no fire at all; it was very nice to see. 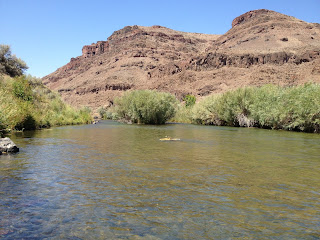 A common question I am asked is, ‘where do you fish on the Owyhee?’  I have no secret spot to tell you the truth; I simply look for rising fish and stop to fish them, which is exactly what Bert and I did.  We stopped at a place on the river where I had never fished before, which was great for me, as I like to fish new spots.  It was a regular feeding frenzy; the water boiled with fish rising to tiny tricos. We cautiously approached them from down stream and lightly present tricos on 6X tippet.  I could see the fish blatantly refusing my fly, to which I both love, and hate.  Bert was also experiencing the same snobby response.  With haste, I switched to a smaller trico pattern and sent it ever so delicately to the fish. The trico barely made the slightest ring as it touched the water, and just then the smallest dimple of a mouth ate my fly.  Immediately the fish knew it had done something wrong and sprang into action, but not fast enough.  I had set the hook and fought the fish as it ripped my line through the water.  I kept my rod tip close to the water to keep the fish from disturbing the rest of its still feeding friends, and brought it to the net.  After a picture, it swam back to its buddies and we decided to move to another spot.

After we arrived I watched the water.  A few fish surfaced before I grabbed my rod and scampered down to the water.  I looked back to see if Bert had followed, and he was gone.
“Bert!” I yelled.
“Yeah?” He emerged out of some brush into the water upstream from me.  It was then I realized that I hadn’t invited him to fish along side me, I had just walked into the prime spot.  Perhaps Bert didn’t know to follow.
“You are more than welcome to fish here with me,” I said.  After all, this was our first time fishing together.
“I’ll just go over here” he said.

Bert went off to fish, and left me with a great spot where I could see a few fish rising.  It wasn’t long before I had a few fish to the net and started thinking about Bert.  Then another fish rose and I forgot about Bert again.  The fish took my fly willingly, and as I fought it down stream I saw Bert off in the distance.  I let my fish go, and went down there to fish with him.  He had yet to get catch a fish, so we waited as the callibaetis spinner fall took place.  Fish started rising again, and Bert cast his fly upstream to a feeding fish.  With no manners at all, a fish slurped his fly and Bert set the hook.  His fly rod doubled over indicating a nice fish. 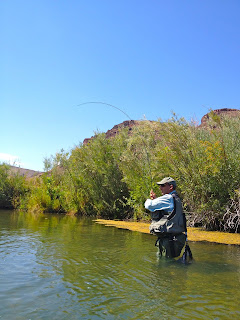 Bert suggested we head over to one of his favorite spots where the fish are always rising.  How could I refuse? Sure enough, just as he said the fish were rising like crazy.  It was a dry fly dream as fish rose in all portions of the water.  Bert went up stream and I walked down.  I entered the water as stealthy as I could, because there were fish surfacing less than ten feet away.  In fact, they were all around me. Oh, I thought, this is going to be good! 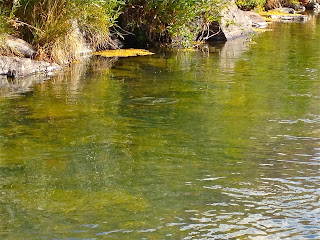 It was not good.  The next hour of fishing was the most frustrating I had experienced in a long time.  Fly after fly I threw at these fish with no success.  There were times when I would present a fly to a fish I could clearly see feeding, and it didn’t even have the decency to look at my fly.  Frustrated, I started tying on my 26- and 28-sized flies.  That was when I had the most action of all.  As my fly drifted down a feeding lane, a fish rose to it but did not open its mouth.  The fly rolled off of its nose without a second glance.
“Ahhhh!” I yelled at the fish.  Just then I heard the excitement of a fish being caught. I looked up to see Bert fighting a fish!
“What did it take!” I yelled up to him.
“An F-fly” he replied.

An F-fly is just about the same as an RS2, which I immediately tied on; a size 22 ought to do it!
“I’m going to get you now!” I whispered to the fish, as I presented a perfect cast.  A fish started to surface, it’s head tilted up to eat the fly, then it rolled to refuse my fly at the very last second.  “Damn you, fish!” I ripped off my RS2 and tied on a Pico Spider.  The pico slapped the water hard, and with a loud ker-plunk, the fish took!  Immediately my rod shot up, and the definite weight of the fish was present.
“YEAH! HA HA HA!”  I brought in the very fish that had refused me time after time, and was able to get this un-hero-like shot. 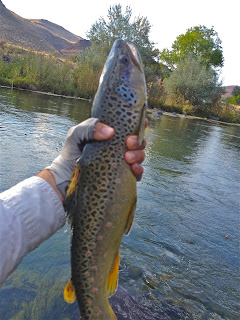 Bert had walked down stream; he had caught another fish with his F-fly.
“What size is your F-fly?” I asked.
“A size 16.”
I couldn’t believe it, with every natural on the water a 24 or smaller, Bert was catching them on a size 16.  I switched to a 16 RS2 BWO, and every fish that has previously refused me was now falling for just about every cast. 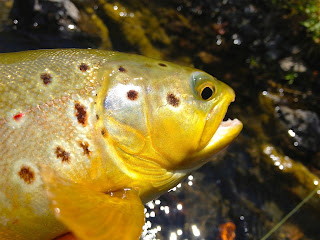 Up the river I casted to every rising fish, and was tagging them left and right.  I would have never thought to throw a size 16 if it hadn’t been for Bert.  He was now down stream from me, bringing in another fish. I was very happy to see that, even if it was from afar. 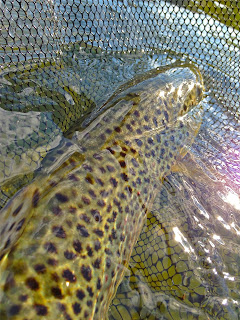 It was getting late, and a storm was approaching.  Thunder clapped overhead.  Bert and I gave each other one look, and we both had the same thing in mind: it’s time to get off the water.  There was no better way to end the day than figuring out the hatch.  I have never acquired the taste for beer.  Bert knew this and had brought me a delicious V8 Fusion fruit juice to enjoy after another great day of fishing. 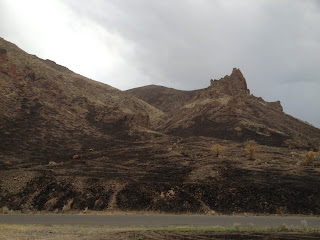 7 thoughts on “Another Good Day”