Skip to content
John, the owner of Anglers Fly Shop, asked me to represent the shop by helping the local Trout Unlimited organization plant over 280 cottonwood trees at the South Fork of the Boise River.  I immediately accepted and met with the crew of over 70 people early Saturday morning. 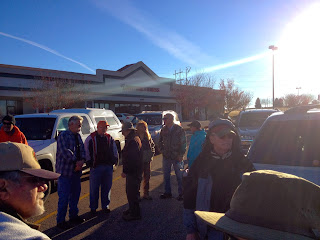 I was offered a ride to the river, but at the last minute was told there was no room for me and I was kicked to the curb.  The funny thing was that I had numerous invites from anglers willing to give me a ride, and I refused all because I was sure this person was dependable.  Late the night before I received a phone call from, said person, explaining that they had no room anymore, and I was to get the boot.  Great, now what am I going to do?  Because I am a gentleman I will not mention the name of the person responsible…(Dick Frencer)… 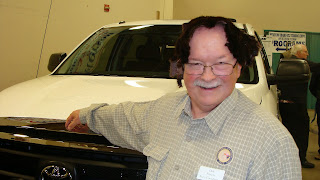 There were plenty of people to catch a ride with, but the first person I found was, none other than former Anglers employee, Darren Strong!  He and his wife Kayleen were fun to ride up with and, wouldn’t you know, they didn’t kick me out at the last second.
We arrived at the South Fork, and met with Pam, from Trout Unlimited.  Pam is always in the know when it comes to any fisheries project, and is definitely someone we want on our side. 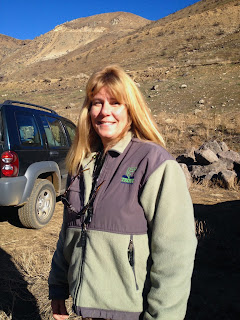 Pam had us help at the Pearce Creek tributary, planting baby cottonwood trees.  Darren, Kayleen, and I headed to the truck where the trees were kept, grabbed a few each, and headed off to plant them. 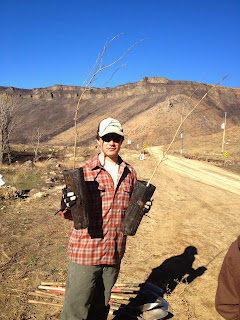 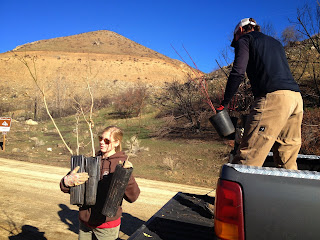 If you were on the river on this day, this is what you saw at every tributary.  Lines of cars, full of willing anglers helping their favorite fishery by establishing root growth in washed out sections of the river. 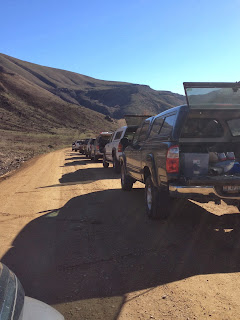 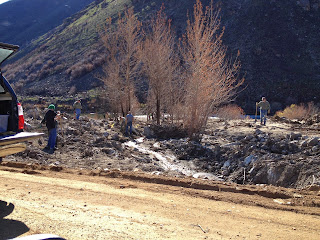 Back at Pearce Creek, Wess Atkinson and I grabbed the remaining trees from the truck. 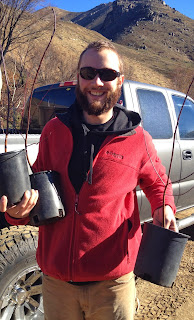 With my four trees and shovel, I hiked up Pearce Creek a little ways to find my trees a good home. 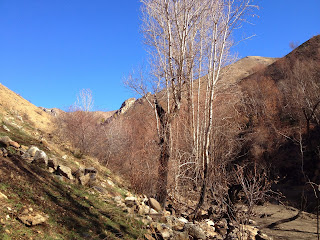 There was obvious evidence there had been a slide, so I looked around for some good places to plant my trees. 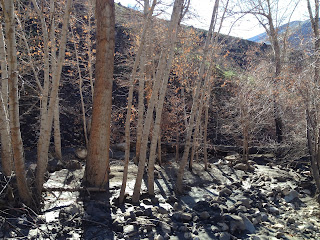 Each of my trees received great care and were chosen a good home with plenty of light. 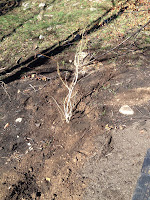 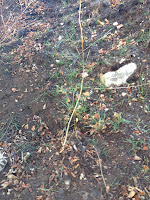 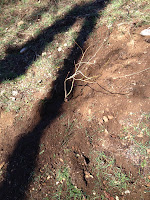 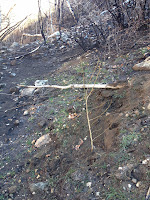 I met back up with Darren and Kayleen before lunchtime. “There was just enough trees for each person to plant four.” Kayleen said as we walked to put our shovels away.  “I took my four and planted them up Pearce Creek where the ground was nice and soft.” I said, pointing up at the creek. Kayleen chimed in, saying, “I know I planted four…” “Well I planted five!” Darren said cutting off his wife.  Apparently Kayleen and I didn’t realize we were competing against one another…

We were called over to have a catered lunch provided by Trout Unlimited, and it was fantastic! 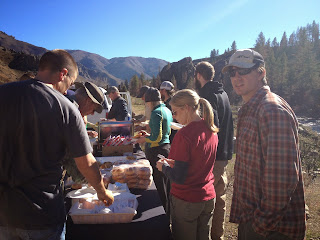 As we ate, it was hard not to notice the BWO hatch that was starting to take place.  It didn’t take much arm twisting to get us out and fishing.  We were joined by Wess, who was also prepared to get in some fishing after the work was complete. 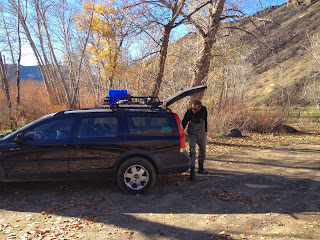 We parked at the Village, geared up, and headed into the water. This was an area that had been affected by a recent landslide so we were all curious to try it out.  I entered the water and found myself looking around, as I did not recognize the water anymore. 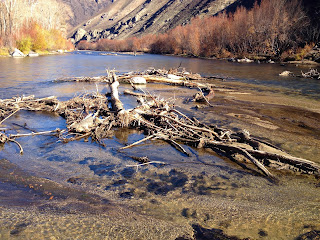 New braids in the water offered up great nymphing channels for catching fish.  Kayleen, Darren, and Wess all took advantage of this, and each brought in a few fish.  I, however, stuck, ever so stubbornly, to dry fly fishing.  The hatch was there, with no fish rising.  I stood there with my fly in my hand waiting for a rise, and sure enough I saw one.  I made a long cast to the fish and the water, reflecting the sun, sparkled to life as the fish took my fly.  I set the hook, only to slightly feel the fish before it came unbuttoned.  That was the only action I got in the short amount of time we had to fish.  Oh well, it beats going to the dark side. 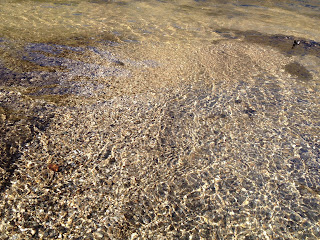 Channel 7 covered the story on the South Fork; click here to check it out.