Skip to content
There is nothing like the smell of a fresh expo in the morning, and nothing like seeing a fine team of committee members’ hard work taking shape.  While the building was empty I walked around, taking in the smell of the linens that were draped around the building. I always smile when I see the casting pond for the first time.  The casting pond was my baby when the idea was first brought up, so I’m always happy when I see it back, all filled with water. 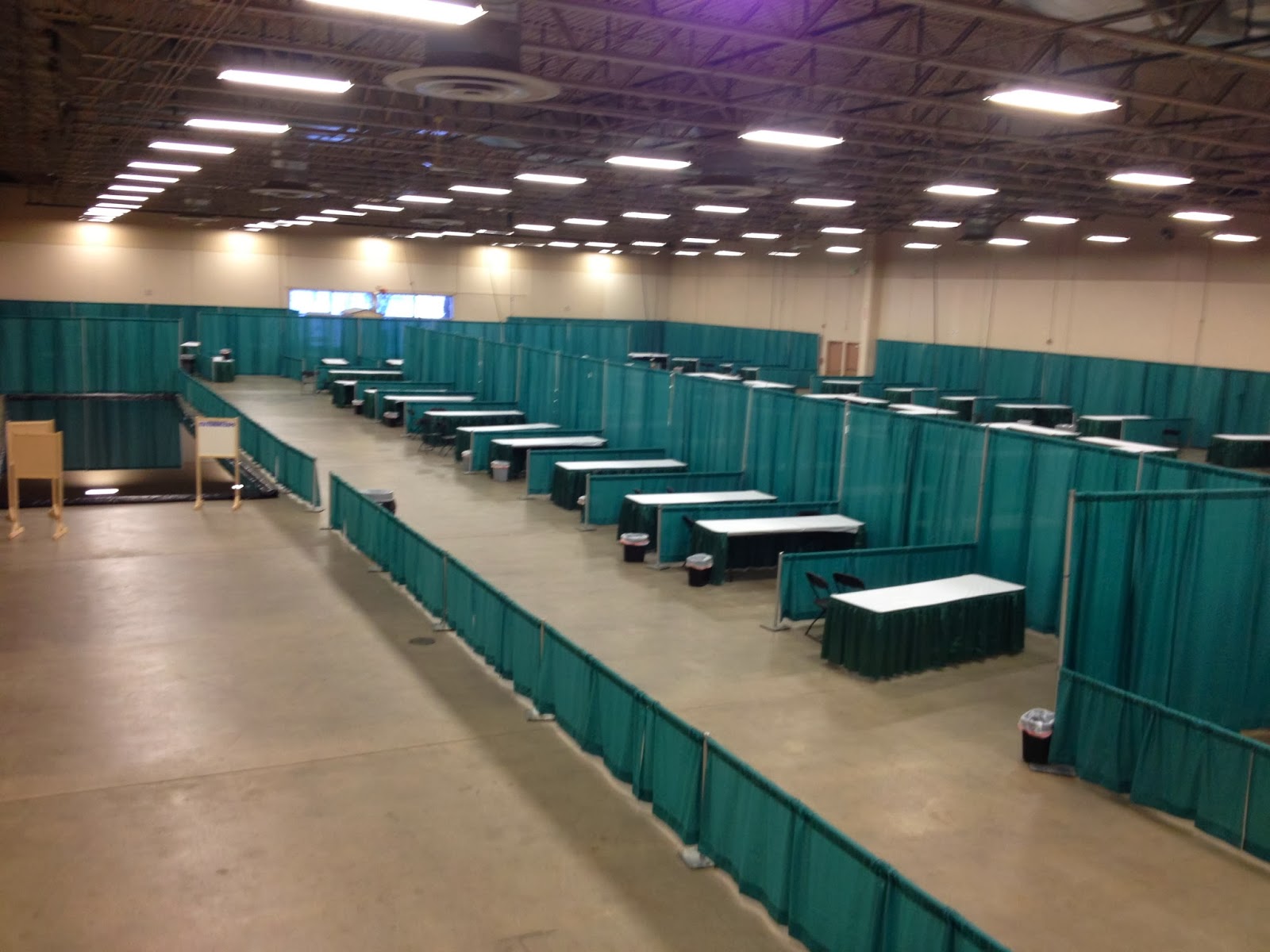 A few years back, I chaired the Western Idaho Fly Fishing Expo, which was an enormous accomplishment for me.  Since then I have always enjoyed walking the floor of the event before it opens.  I would like to think that every expo committee member gets the same sense of accomplishment when they first witness the sea of green that divides every walkway and booth.
Another part of my job on the expo committee is the early Morning Show with Larry Gebert! 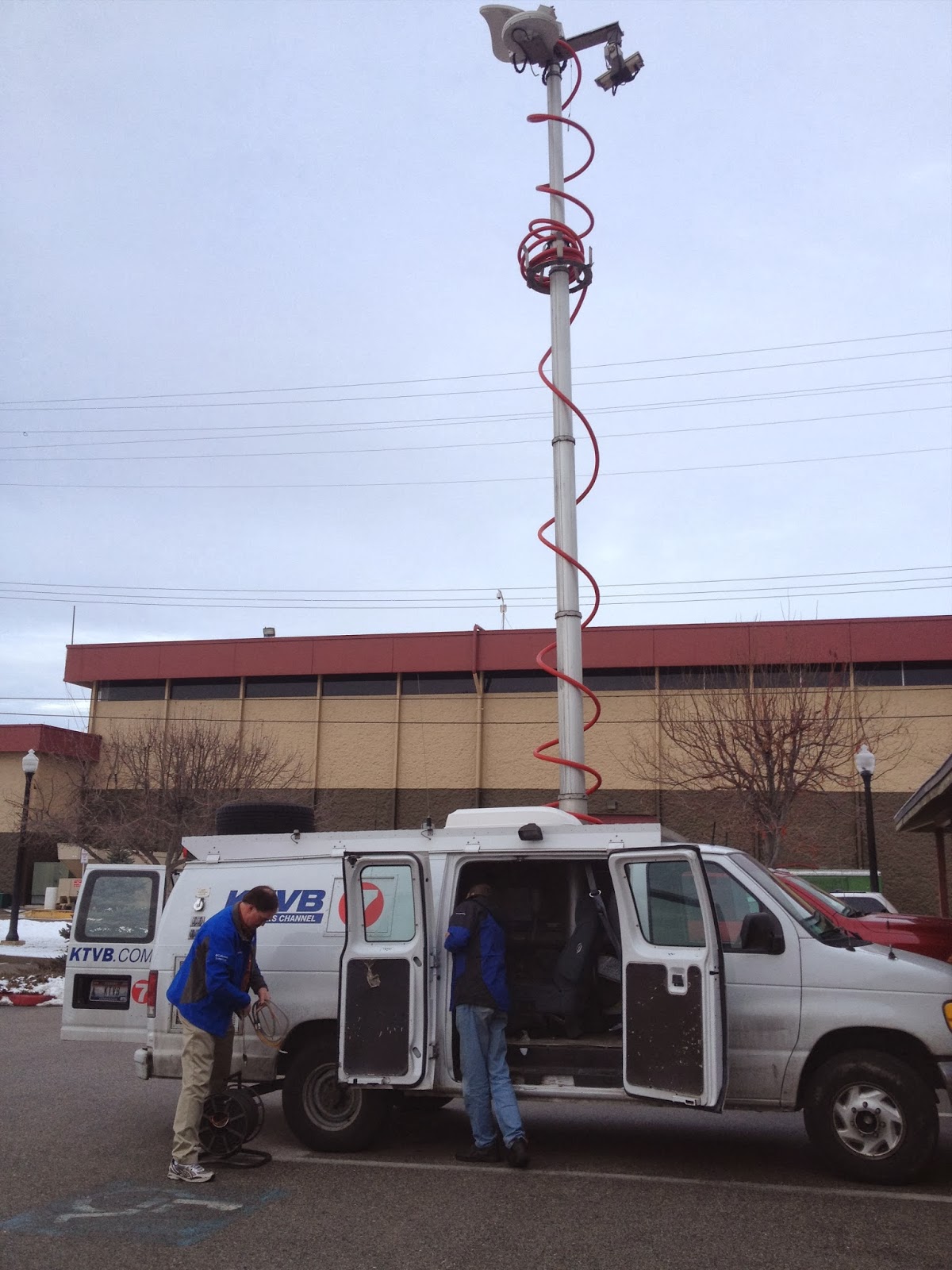 3:30 a.m. arrives fast, especially during the week of the fly fishing expo.  The KTVB van pulled in right on schedule, and I went out to say hello.  Larry knows me as Erik, the fly fishing guy, and today I had a special surprise for him.  While the camera man, Dustin, prepared for the shoot, I revealed some poppers for Larry to check out. 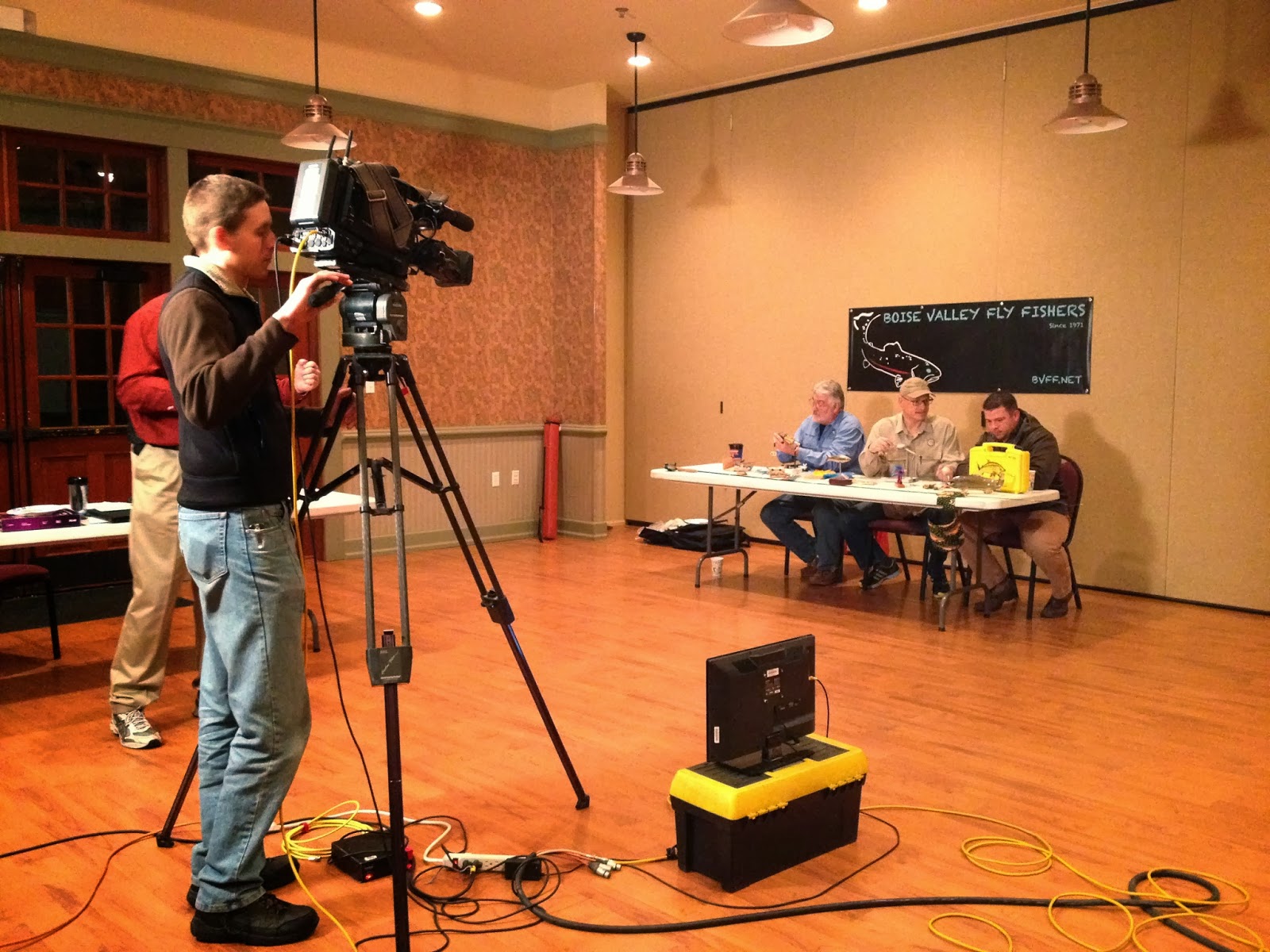 Larry and Dustin were both impressed with the Channel 7 poppers.  They even got some air time. 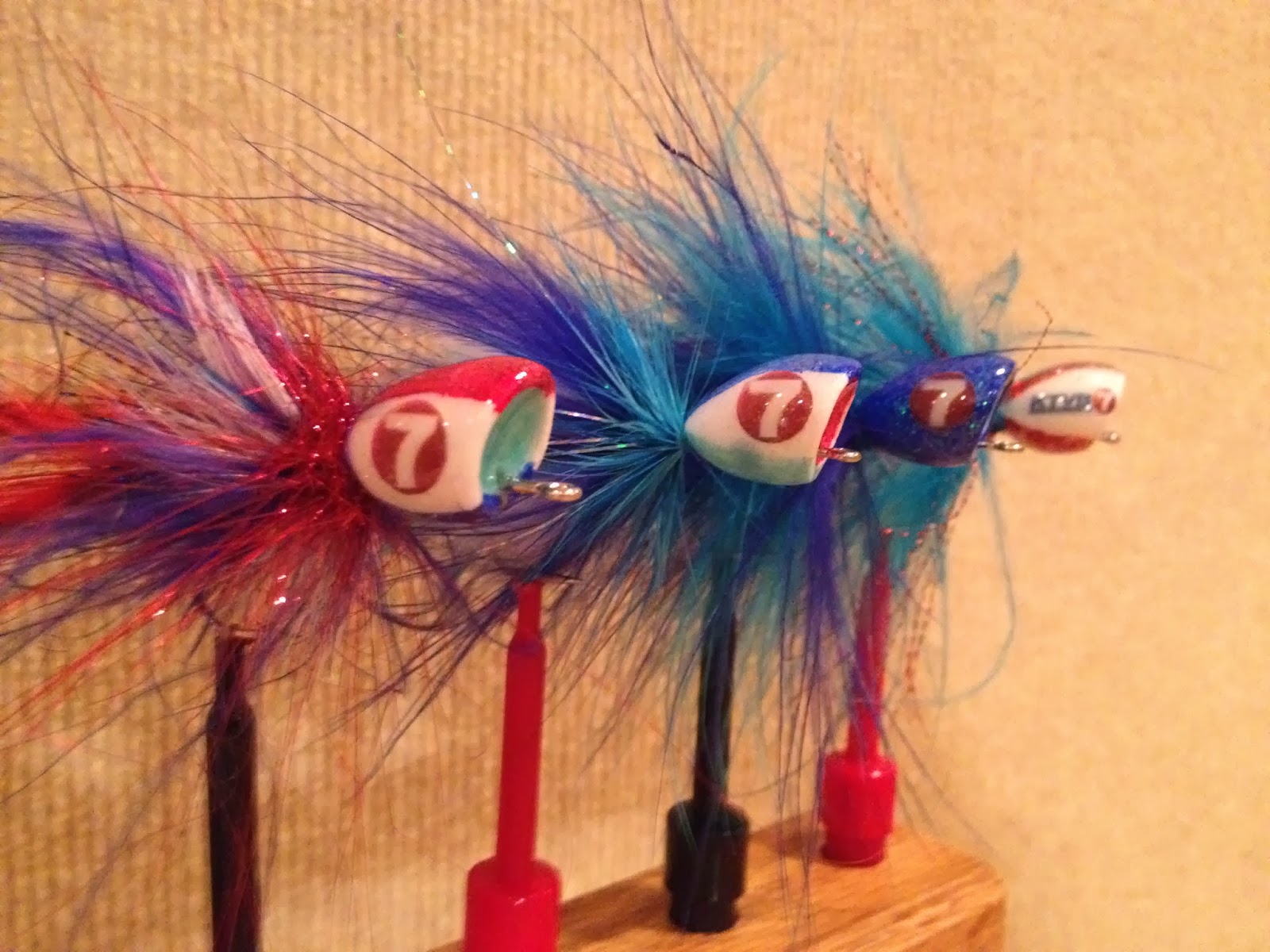 But Larry’s reaction to my special surprise was classic!  I picked up the Larry Gebert popper, and handed it to him.  For the first time, Larry was almost speechless… ALMOST!
“That’s me!” Larry said, checking out the popper with enthusiasm.
“And look how skinny and fit you made me.” Larry said with a voice made for T.V.
“The attention to detail is great! The Channel 7 shirt complete with buttons, and a nice tie to match.” Larry went on, beaming, “And can I express how thankful I am for the amount of hair you gave me?!” Larry looked up at me smiling, “The mustache is great!”
I was very happy to see and hear how much he liked his popper, and I was even more happy to see his enthusiasm to show it off during my next interview. 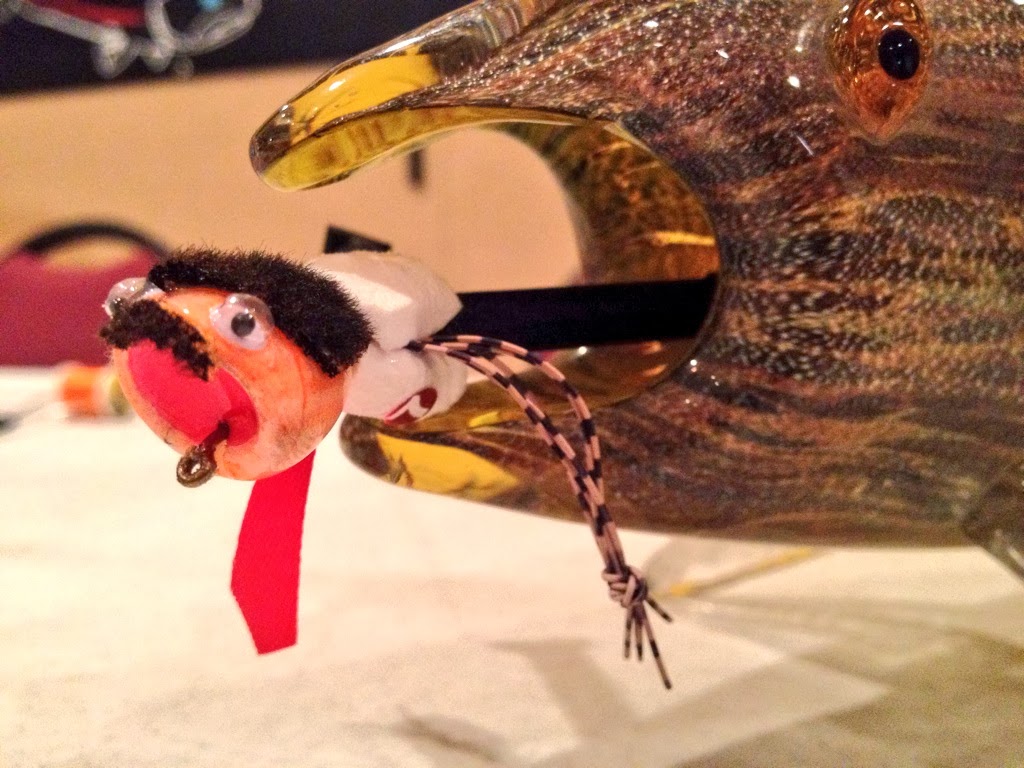 I am happy to say the morning show went great, and Larry got to take home his fly.

The very next morning was the first day of the expo, and I was there bright and early.   I always make it a point to visit Judy Talladay at the Woman Fly Fishers of Idaho booth.  I approached her with a puzzled look…
“What?” She asked, concerned.
“I didn’t know women could fly fish.” I said, keeping a safe distance on the far side of the table.

“I’m going to knock you out!” Judy said, holding up her fist and smiling.

I have had the pleasure of working with and getting to know Judy over the years on the expo committee.  She has a fun sense of humor that I can easily get along with. 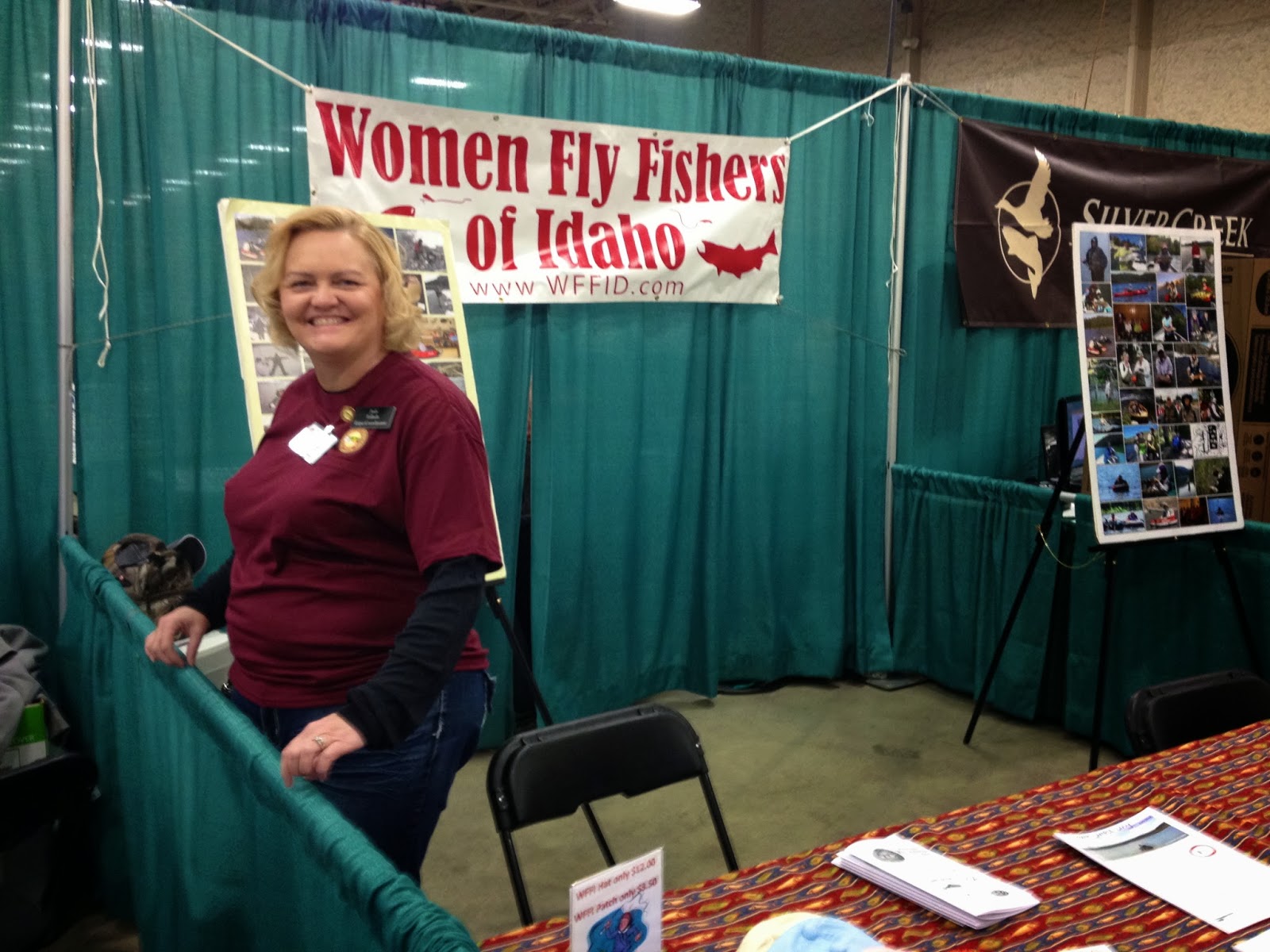 The Expo doors were just about to open, and I was able to get this shot of a growing line outside. 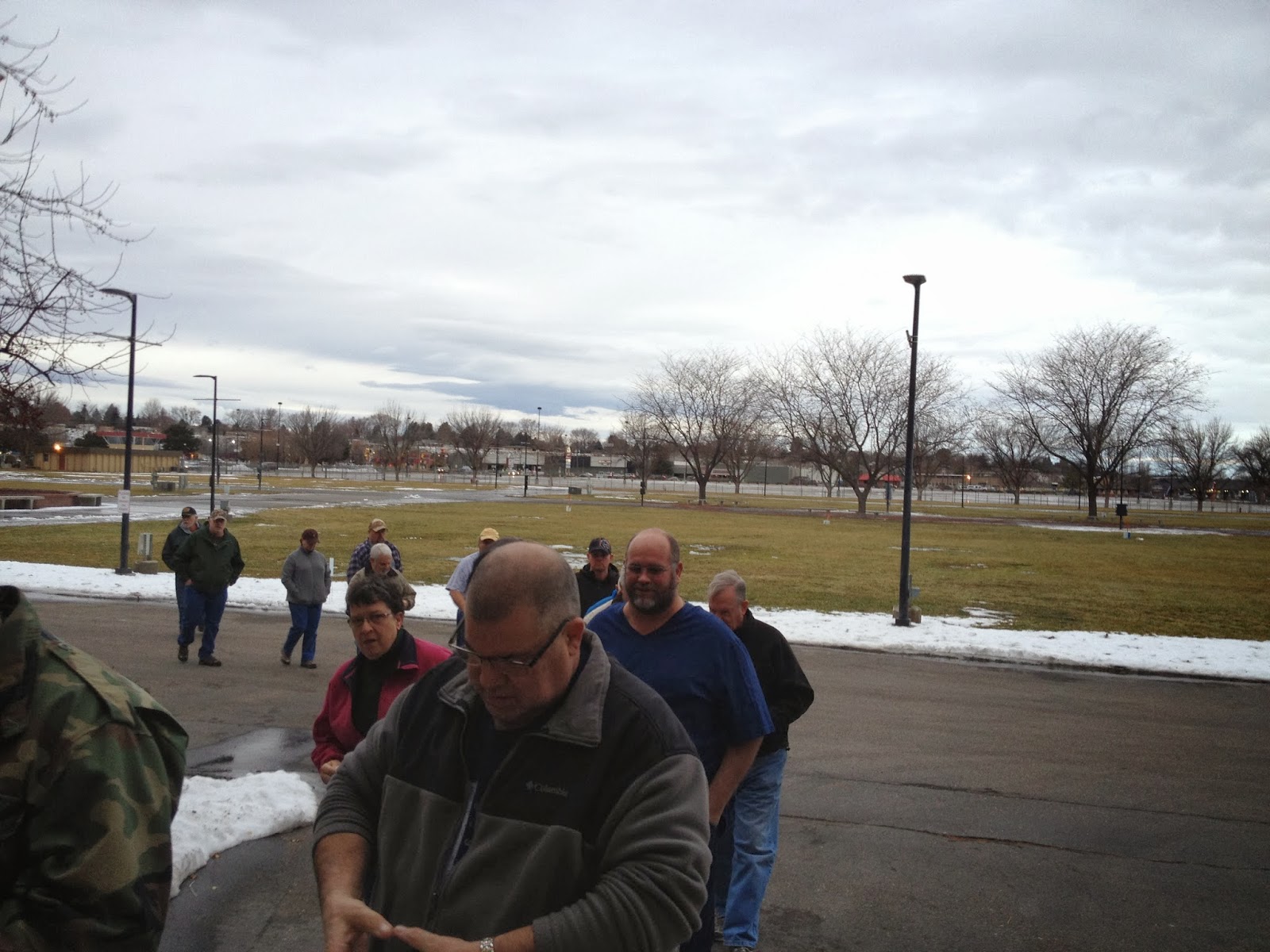 It was not long before the building was packed with fly fishers, both seasoned and beginners. 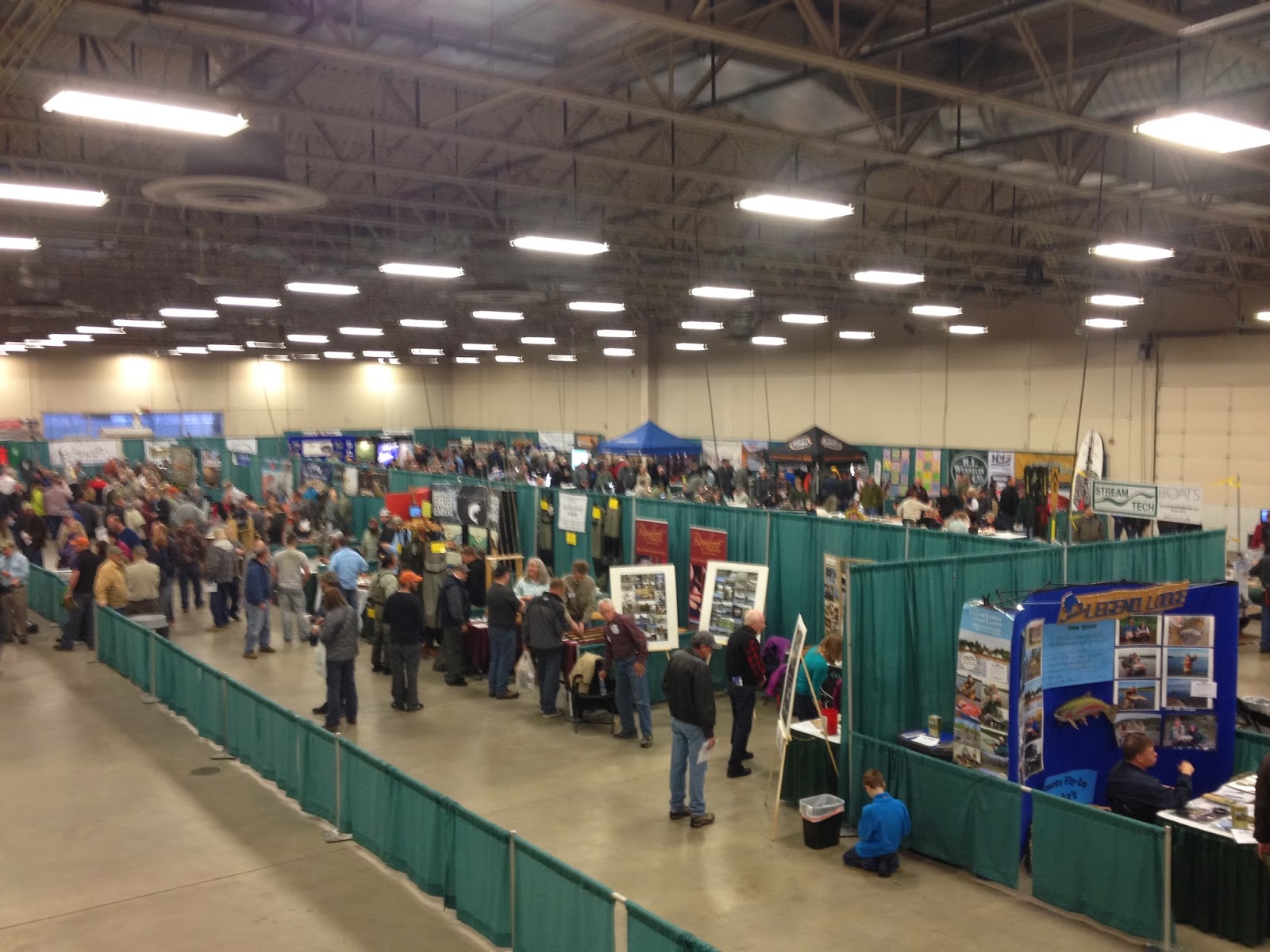 Another one of my duties was to organize the presentations, and one of the first presenters was Joe Kozfkay, from Idaho Fish and Game, talking about the South Fork of the Boise River. 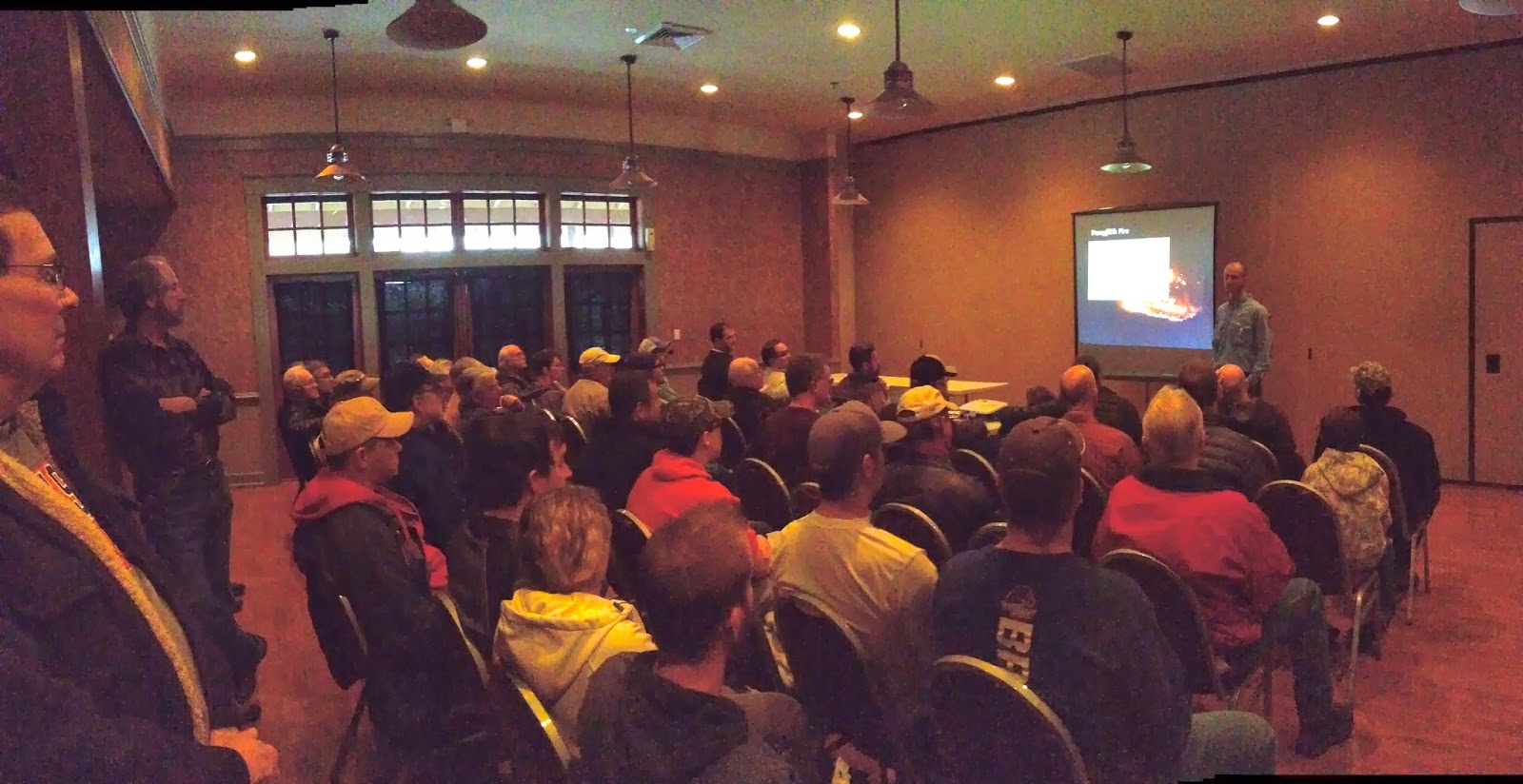 This was Kelly Galloup’s first appearance at the Western Idaho Fly Fishing Expo, and his attendance for his presentation was outSTANDing; no pun intended.

Also in attendance was stillwater legend, the devilishly-handsome, Phil Rowley.  “I don’t like the rings on the water.” Phil mentioned, while I was passing by.  “People will expect me to hit it…” He said with a chuckle.  “I’m a stillwater fisherman, I’m happy to just hit the water!”
Over the years Phil has become a good friend, and he always looks forward to visiting with my wife, Gracy, to get his once-a-year lesson about his iPhone. 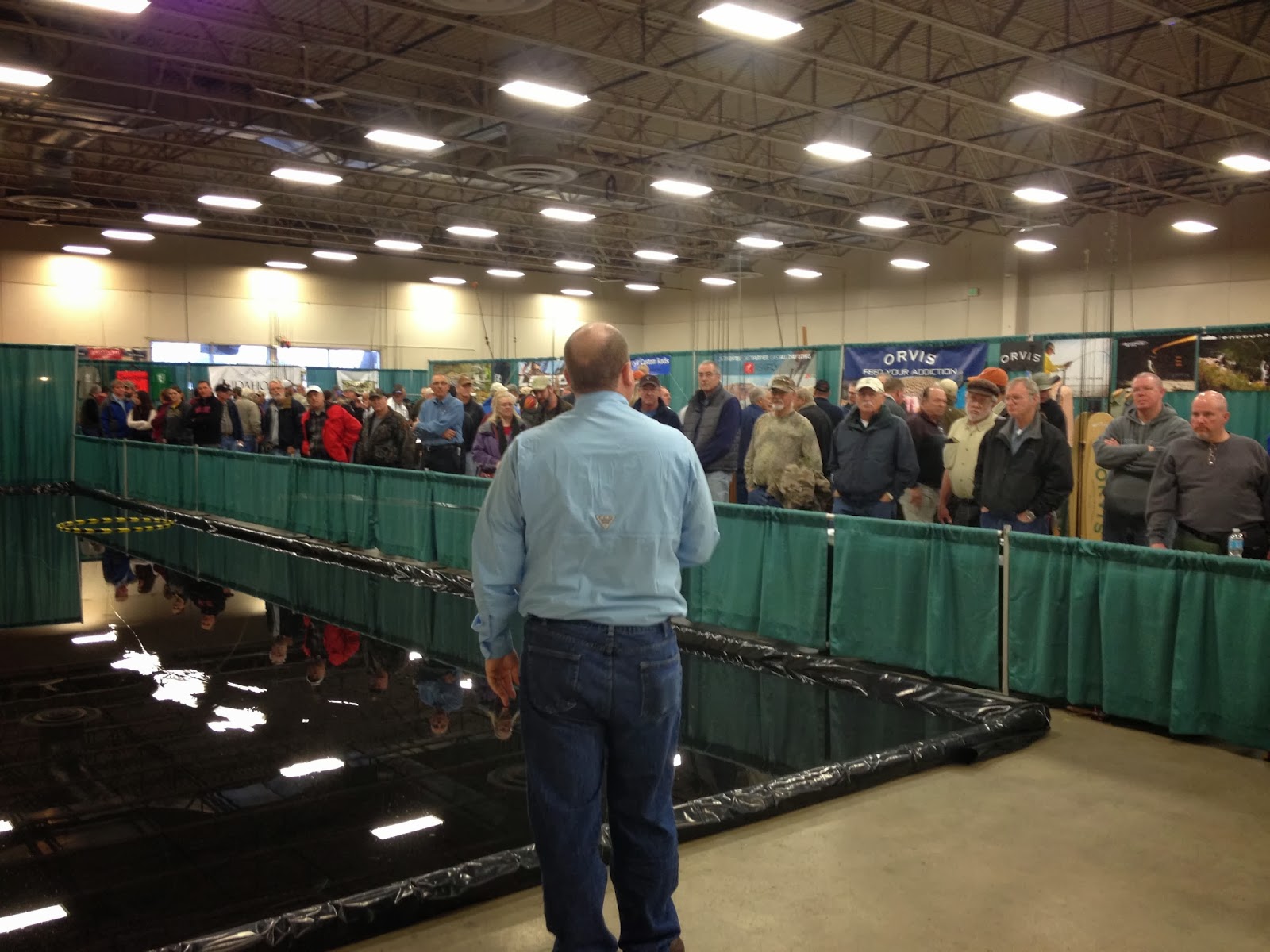 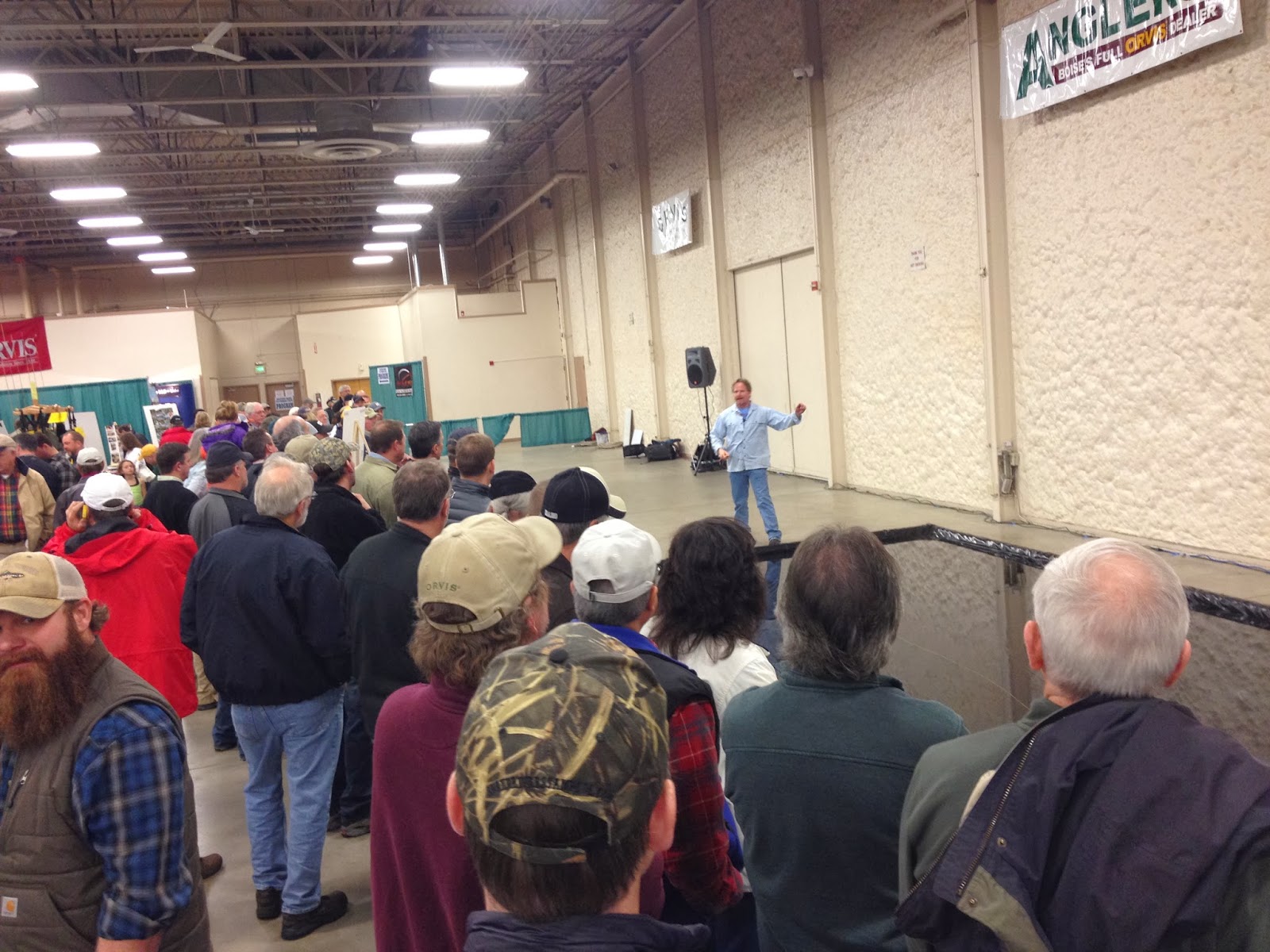 But my personal favorite event is Casting For Dollars: you pay one dollar to cast at a cup filled with water set out at 32 feet.  If your fly lands in the cup, you win the pot of money built up from previous competitors. 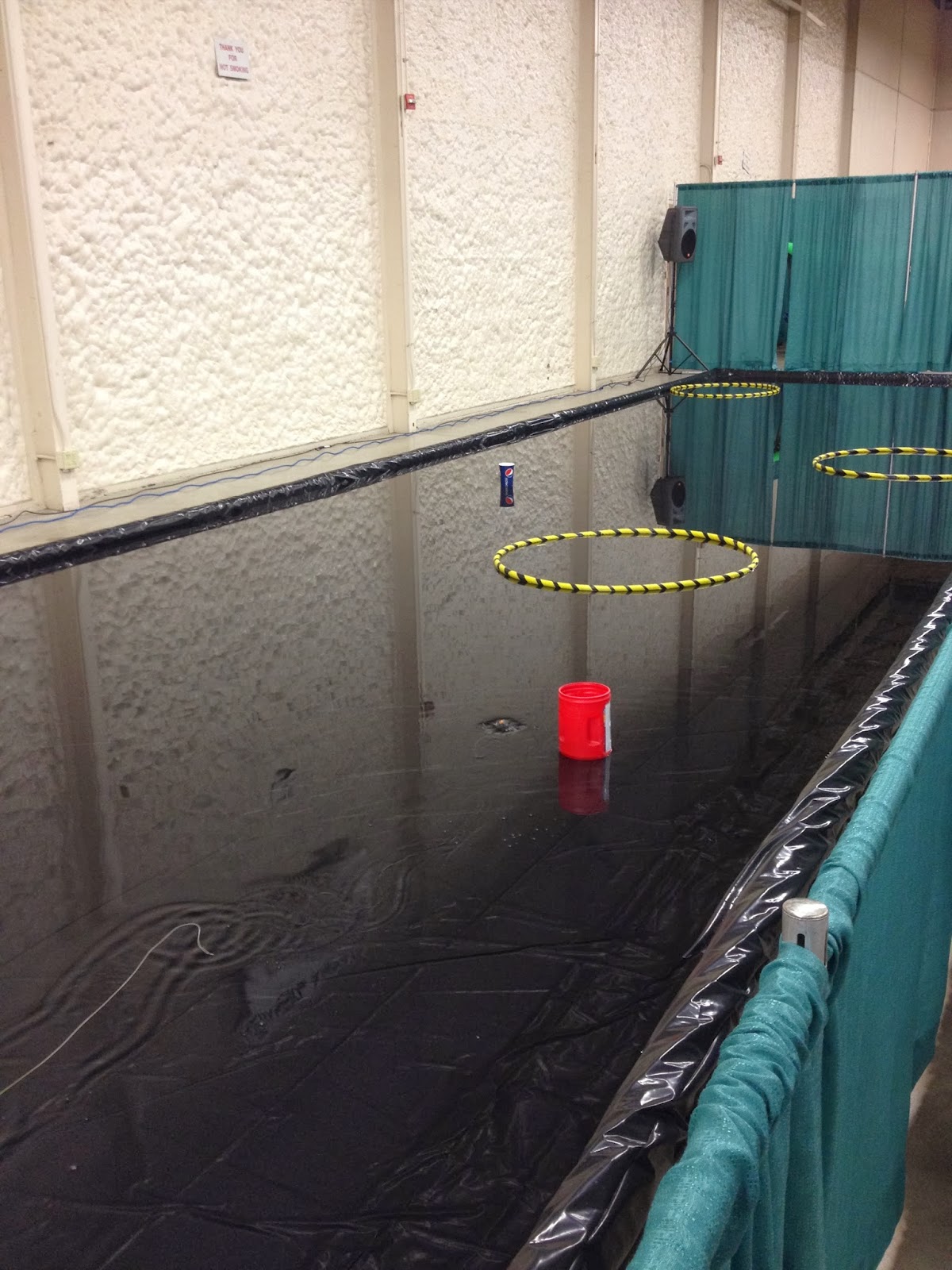 The kids casted to the red bucket with, Jack Dennis to commentary the event.  I must admit, I was extremely impressed with the kids’ ability to cast. 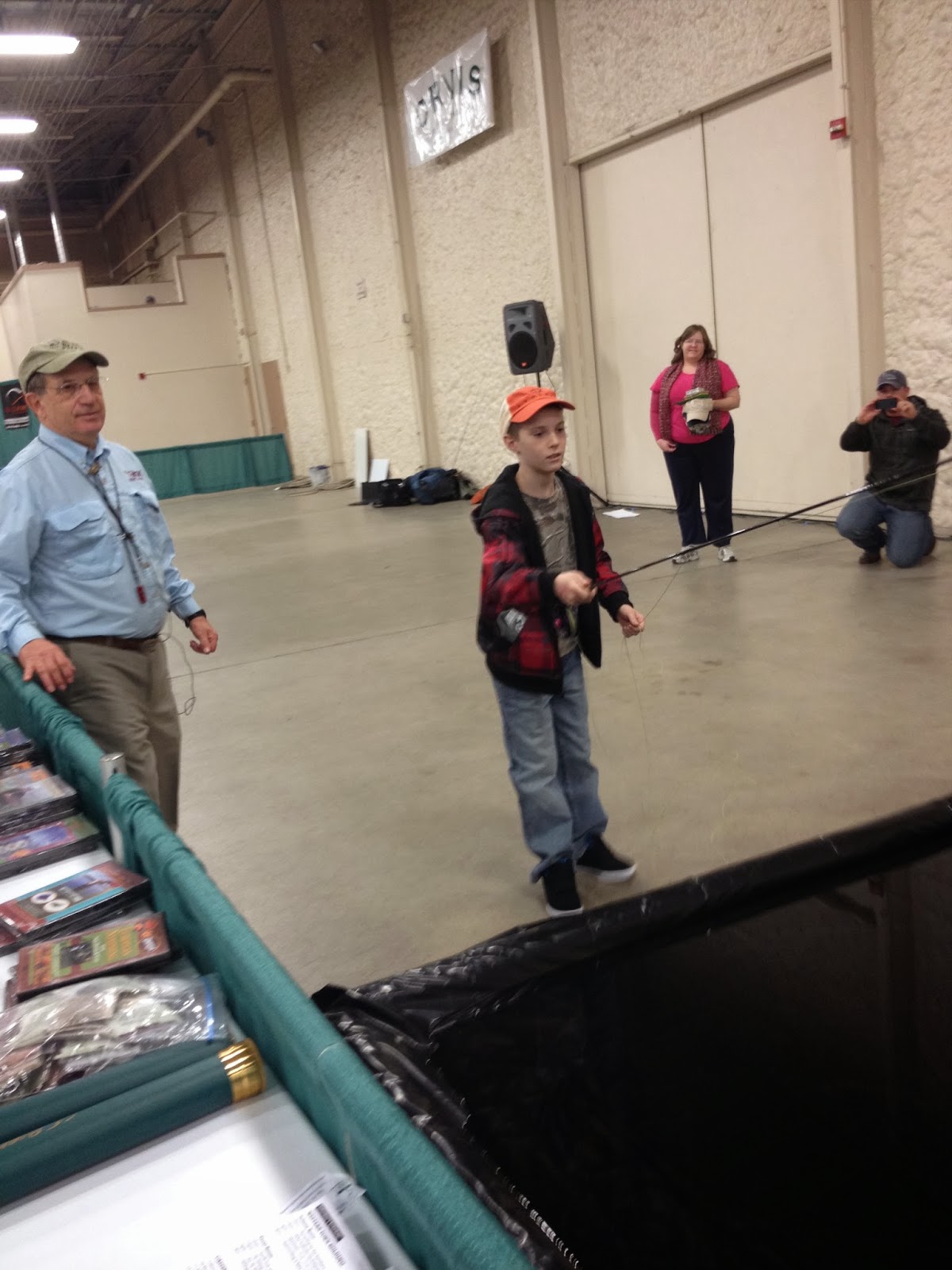 One after another the kids took turns casting, and with each cast the fly kept getting closer and closer to landing in the the bucket. 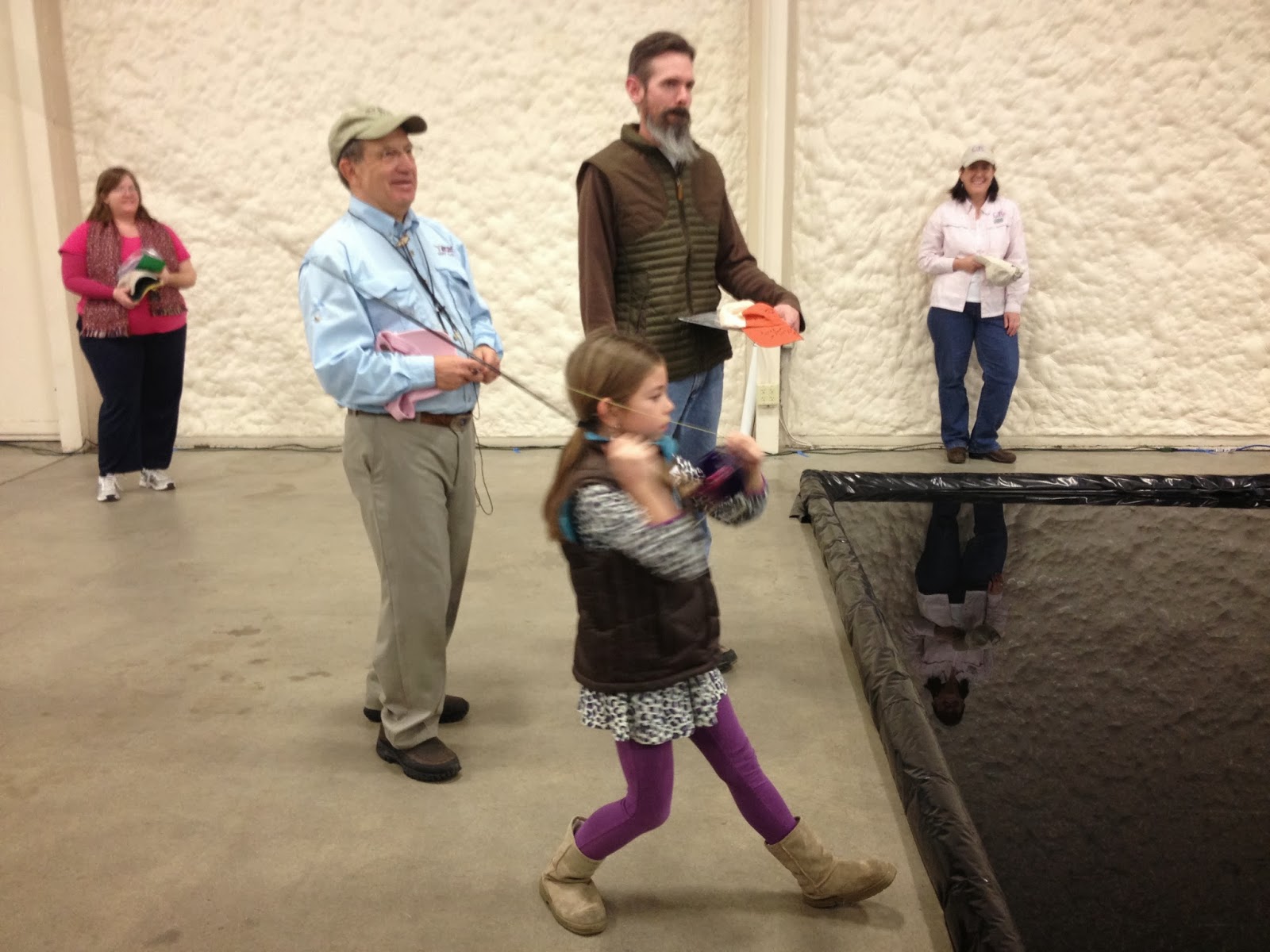 And when it happened, the crowd watching cheered with excitement.  The young lady whose fly first landed in the bucket, looked at her accomplishment, as if saying, that’s all I had to do? 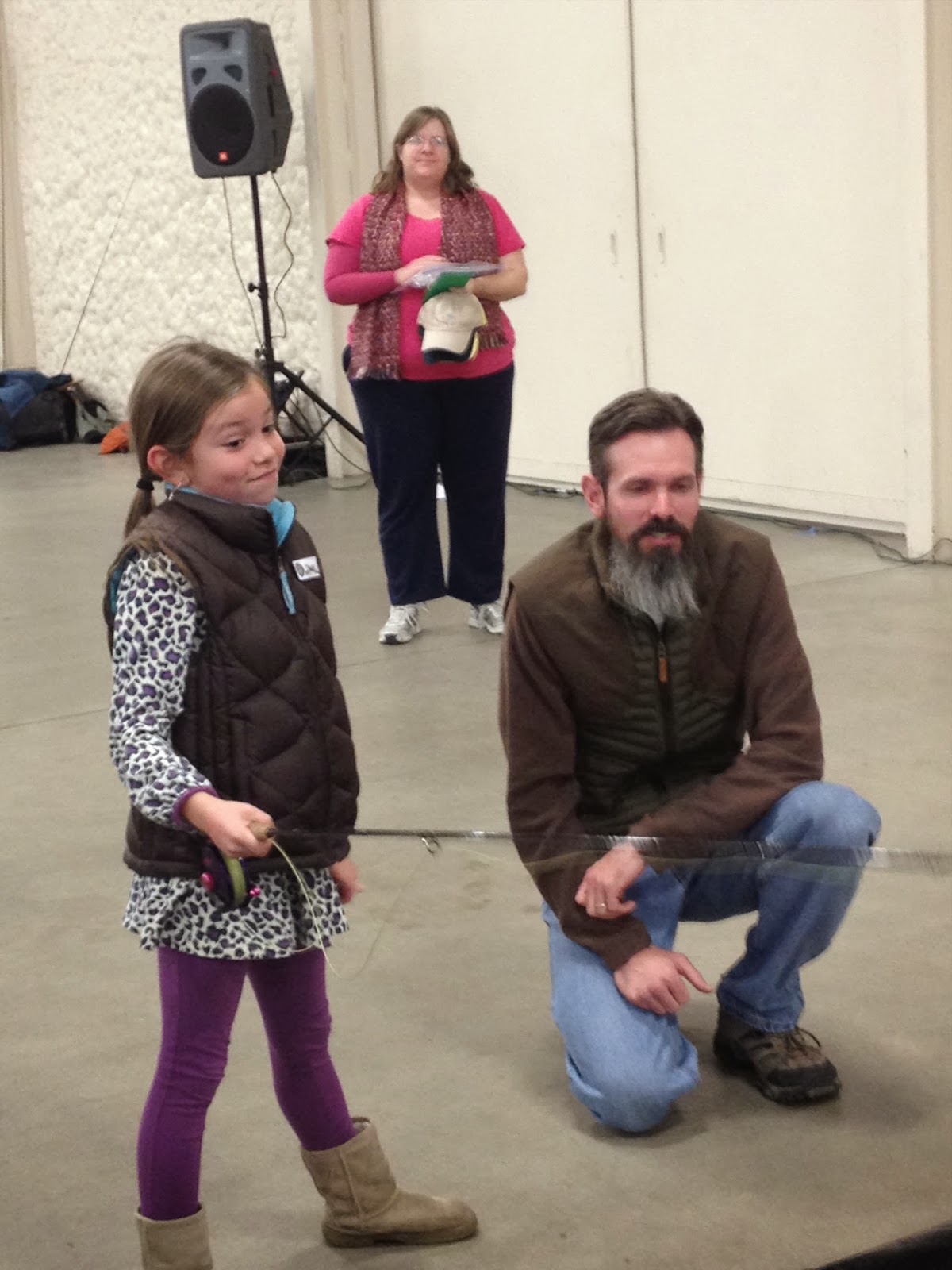 Soon after, the young boy who was also casting, nailed the bucket. You could see the relief in his face after his fly sank into the bucket, to which he held out his hand and bowed to the audience.  I couldn’t help but laugh at the sight.  Now it was the adults’ turn to try our luck at nailing the cup at 32 feet. 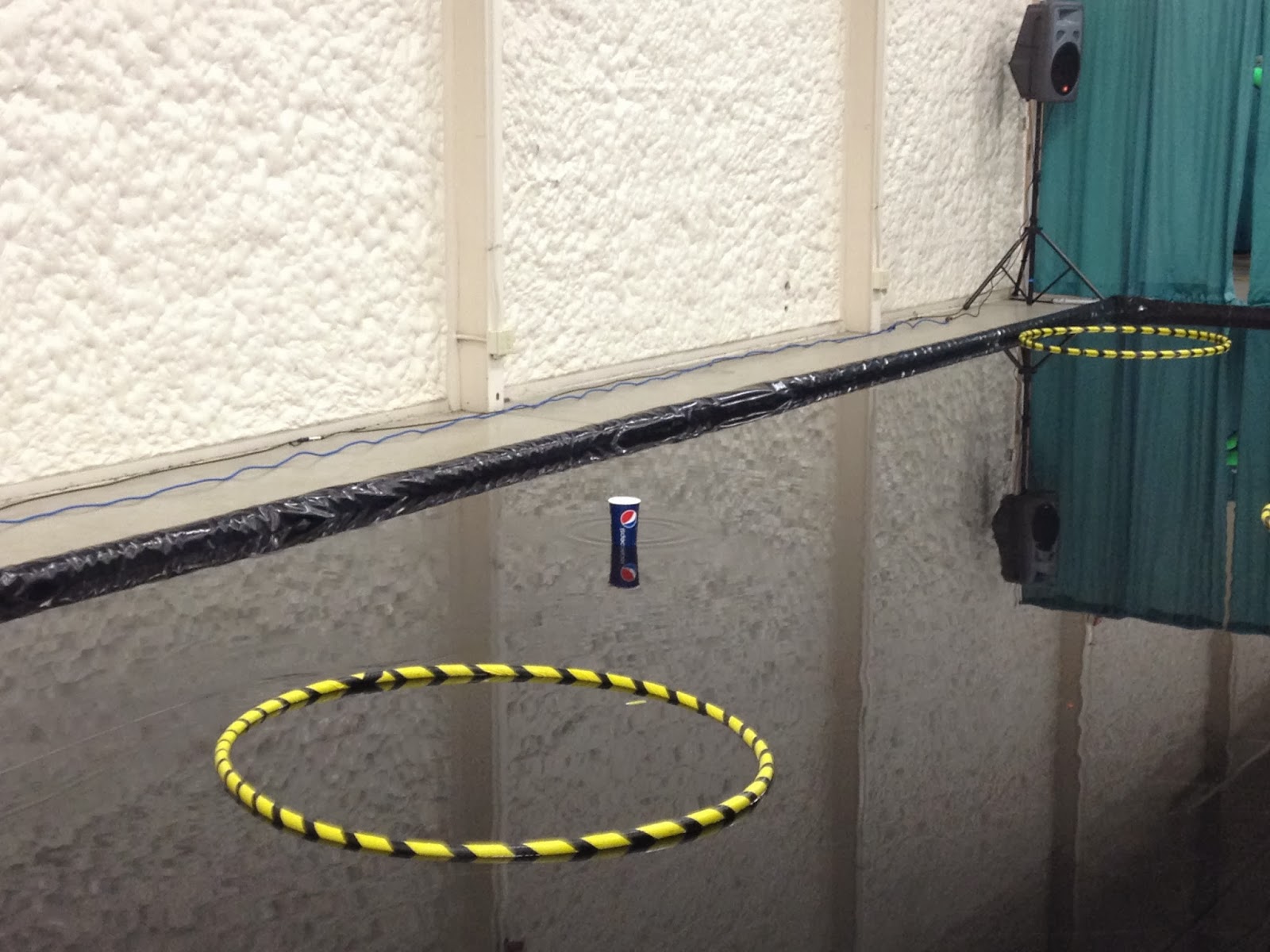 A number of guys and gals paid their dollar to get four shots at the cup.  Even some of my friends went up to take a few casts.  Ryan Spillers, Nick Coe, and Simms representative, Nick English, all tested their casting ability during the Casting for Dollars event. 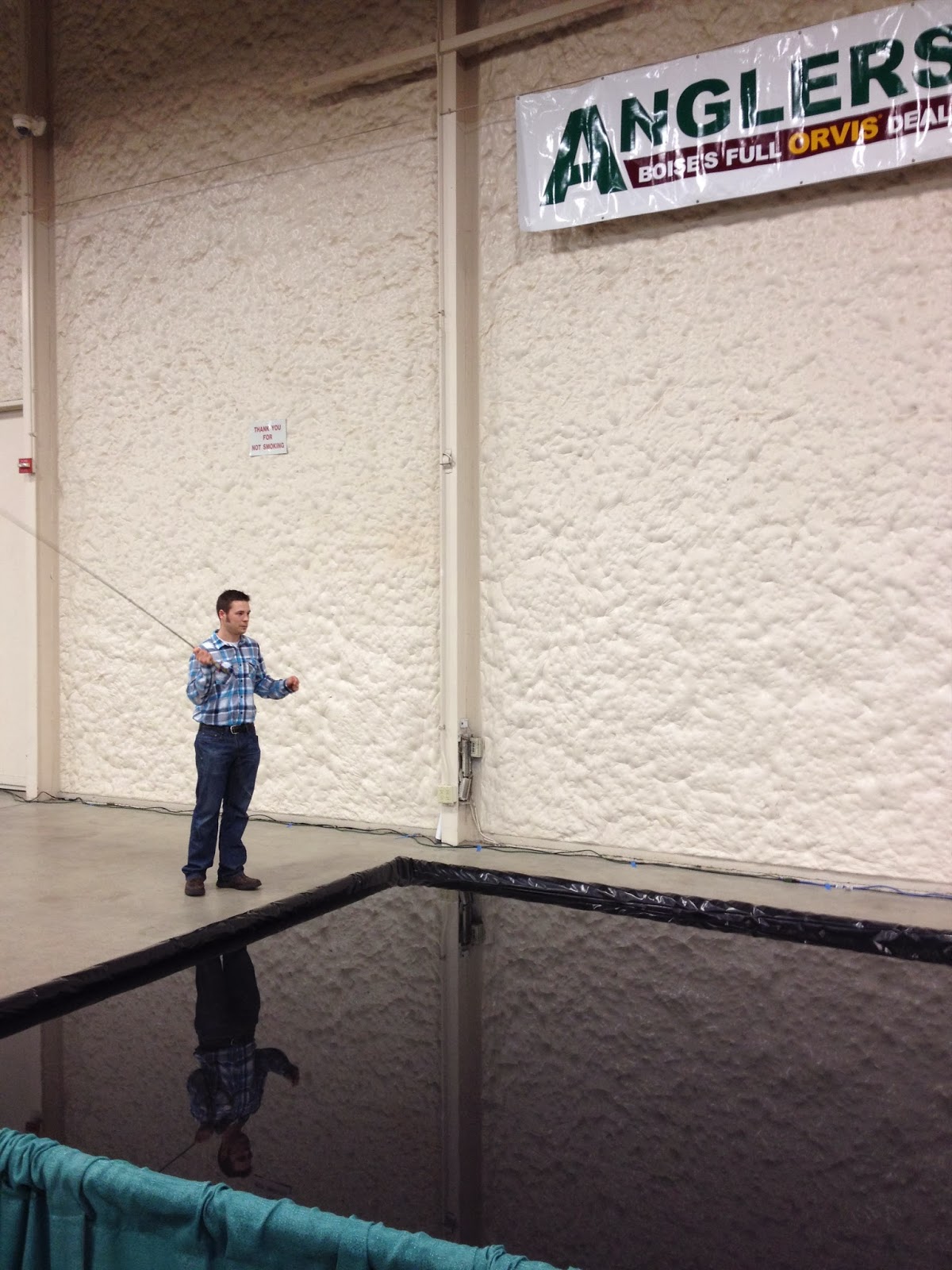 I had also casted with no luck, and alas, was out of money to try again.  It was eating at me.  I had to get my fly in the cup!  My wife, Gracy, came up to me after volunteering some time at the front desk.
“Did you get it in?” She asked, as she walked up to me.
“No.” I said, and quickly asked, “Do you have a dollar?” She gave me a look, as she rummaged in her purse, and pulled out two dollars!
“Thanks!” I said, as I snatched the money from her had, and ran back in line to cast.  It was nearing the end of the event, so I paid two bucks to buy a few extra casts. 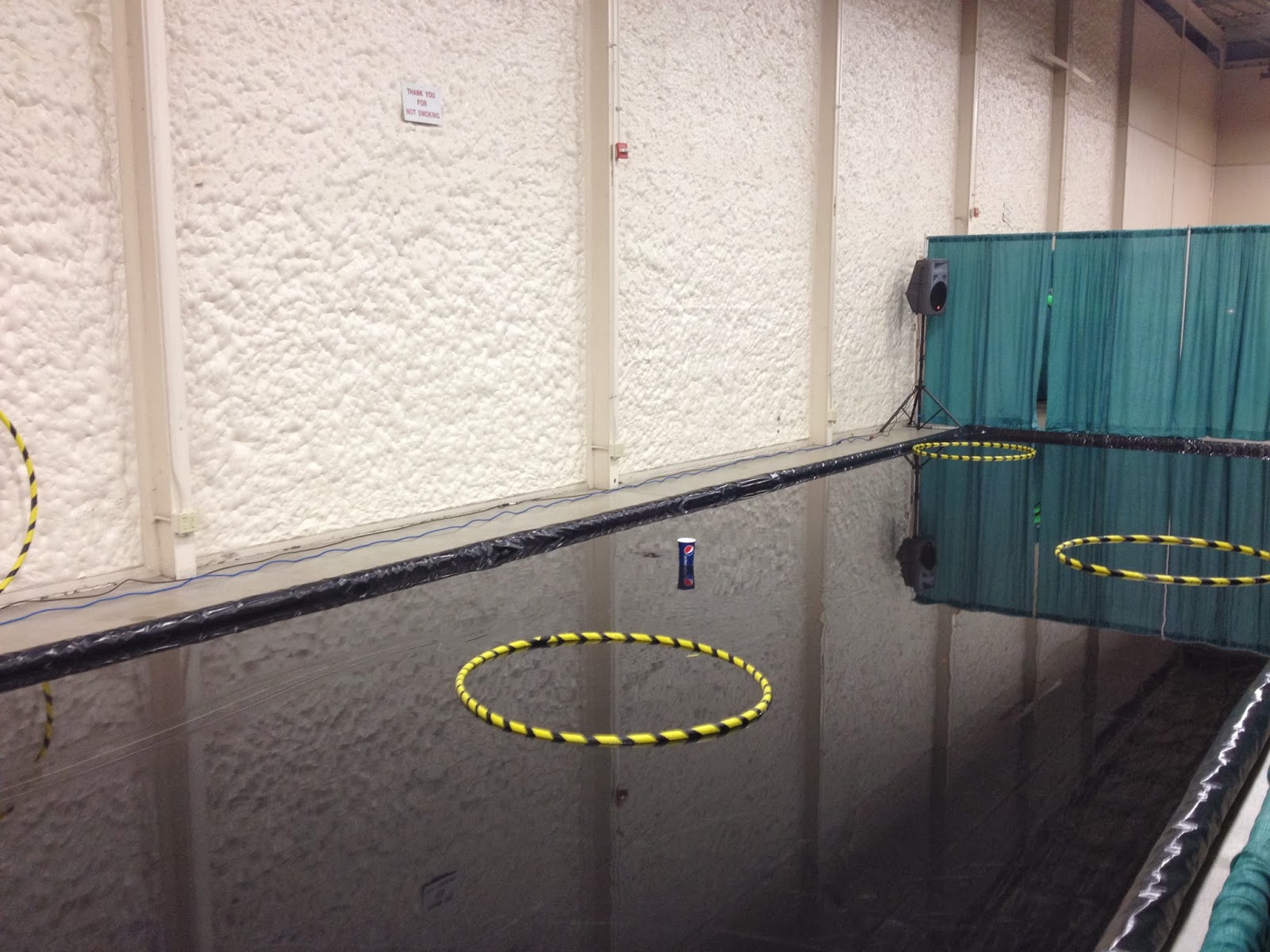 I was burning through my cast’s awfully fast.  Oooos and aaaws came from the audience as my fly came so close to landing in the cup.  I was on my last cast, and I took a deep breath as I lined up my false casts straight at the cup, and presented my fly.
SPLAT!
“Oh, he just missed it!” Jack Dennis yelled over the loud speaker.  But something wasn’t right…
My leader looked as if it were drooping down from the top of the cup.  I didn’t dare move the rod, as I looked over at Gracy to see her pointing at the cup and yelling, “You got it!”
I set the fly rod down, and walked over to the cup.
“I’m the official judge!” Jack said, his voice boomed over the loud speakers as he rushed over to take a look.
“HE NAILED IT!”

I must admit, it felt good to see my fly sitting in the cup.  It was like a ton of bricks was lifted off my shoulders.  I would like to say that I stayed humble, and didn’t gloat my success… but that’s not true.  Not only was I the only one to hit the cup, I managed to nail it the next day.  The real winners of this event was Idaho Two Fly, and Casting for Recovery, both nonprofits received the pot of money that was built up each day.

Everyone who was on the committee did a great job, and I know I can speak for them when I say ‘thank you’ to every volunteer and person who attended.  The fly fishing expo is always a fun event, and it’s nice to be one of the few heavily involved, especially under the leadership of Jim Kazkoff.  I would also like to thank everyone who came up to me and said they liked my blog.  I had no idea so many people read it, and it was nice to hear what you all had to say.
Thank you.