Skip to content
Ryan claimed to not have caught a fish in the Boise River in over three years; I can’t say how exaggerated that is, but today I was determined to help change that.  Euro nymphing was the name of the game today, and you better believe I had the Shadow 2!  I had just run into Pete Erickson at the F3T event in Boise, and in his pocket he had a slinky indicator for me.  The slinky is the indication connection between the tapered leader and your tippet to which you tie your flies; according to Pete, it makes all the difference because: #1. It’s supreme strike indication. #2. It’s easy to see. #3. It doesn’t scare fish like a big ball indicator. #4. It puts MUCH less drag on the leader. #5. You can grease it up to make it float and fish light nymphs at a distance. #6. The slinky-coils protect against over sets that could break the flies off.
However!… My wife wanted to let everybody know that the slinky will NOT slink down the stairs… One mark against the slinky.
We fished below the Eagle bridge and I put Ryan in a spot I would fish first, while I walked a bit further downstream.  With the Shadow 2, and my slinky as part of the leader, everything seemed to click.  It was easier to see and lead my flies, and I was catching fish in no time. 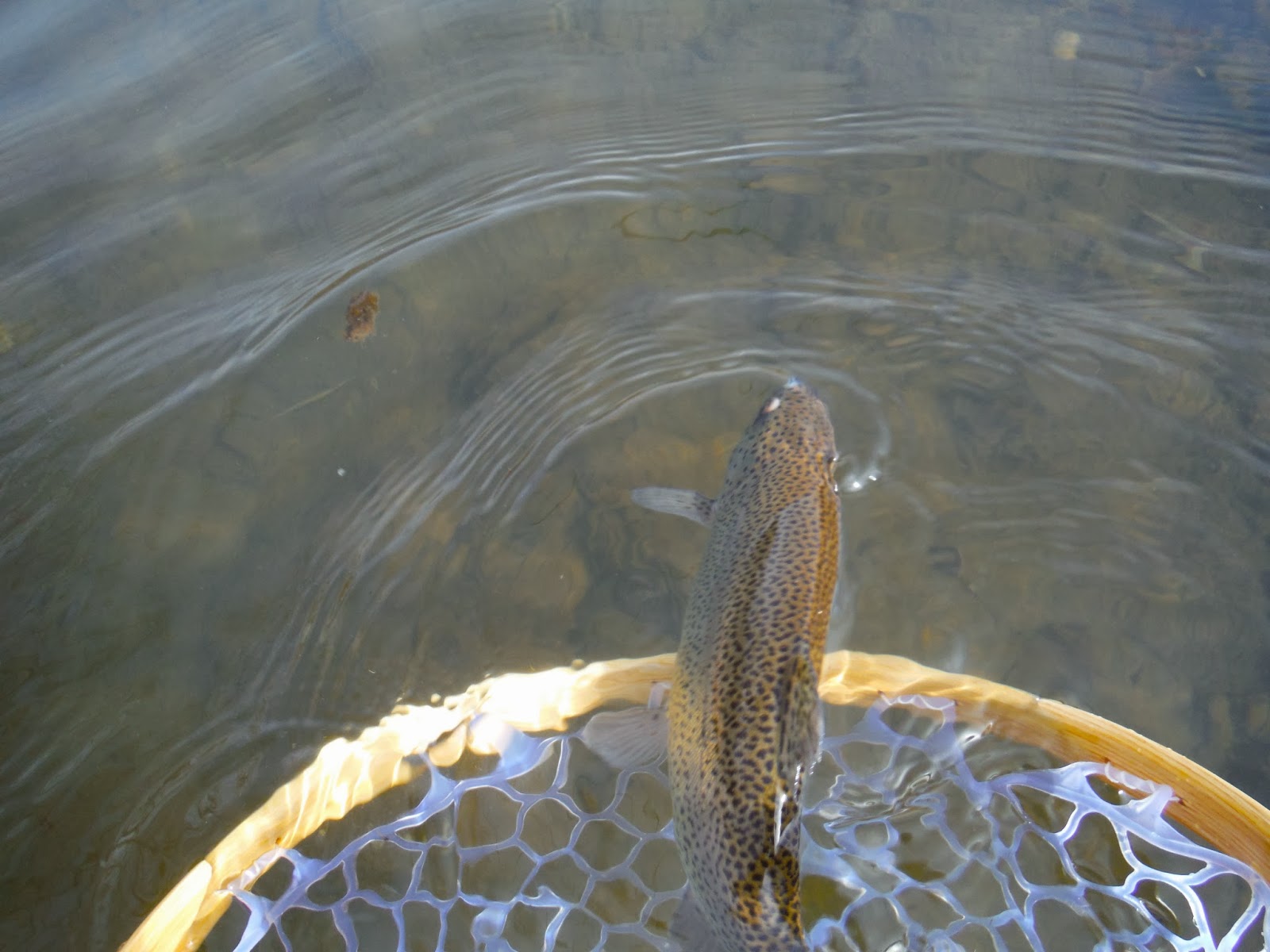 I had brought in my third fish before Ryan walked over and said, “Okay, it’s my turn to use the Shadow!”
I handed it over to him, and gave him a quick run-through on how to lead his fly and detect a strike.  Ryan caught on much quicker than I, and was immediately into a fish.  Ryan lit up with excitement as he brought in the eight-inch rainbow trout that broke the curse. 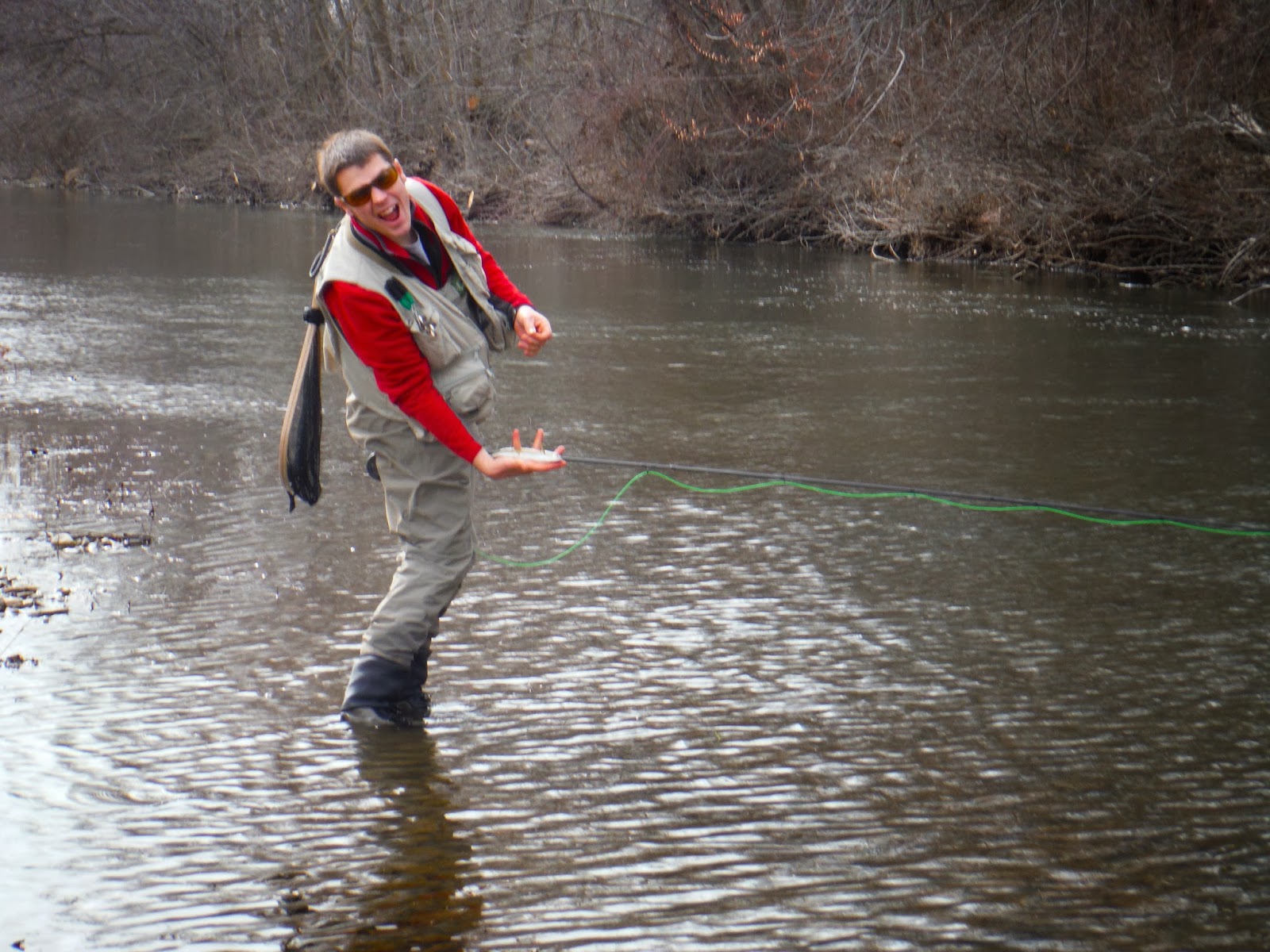 As Ryan continued to pound fish, I took his 9’ 5wt Helios, and switched the flies and leader to a more Euro nymphing friendly set up.  Together, we were catching fish after fish.  While fishing I had notice a larger flash under water, indicating a larger fish was present.  I repositioned my cast, and lead my flies to where I had seen the fish feeding.  Sure enough, it took!  SPLASH! SPLASH!  It leaped out of the water!  Ryan came running to help land the fish, and he got it to the net for a nice picture. 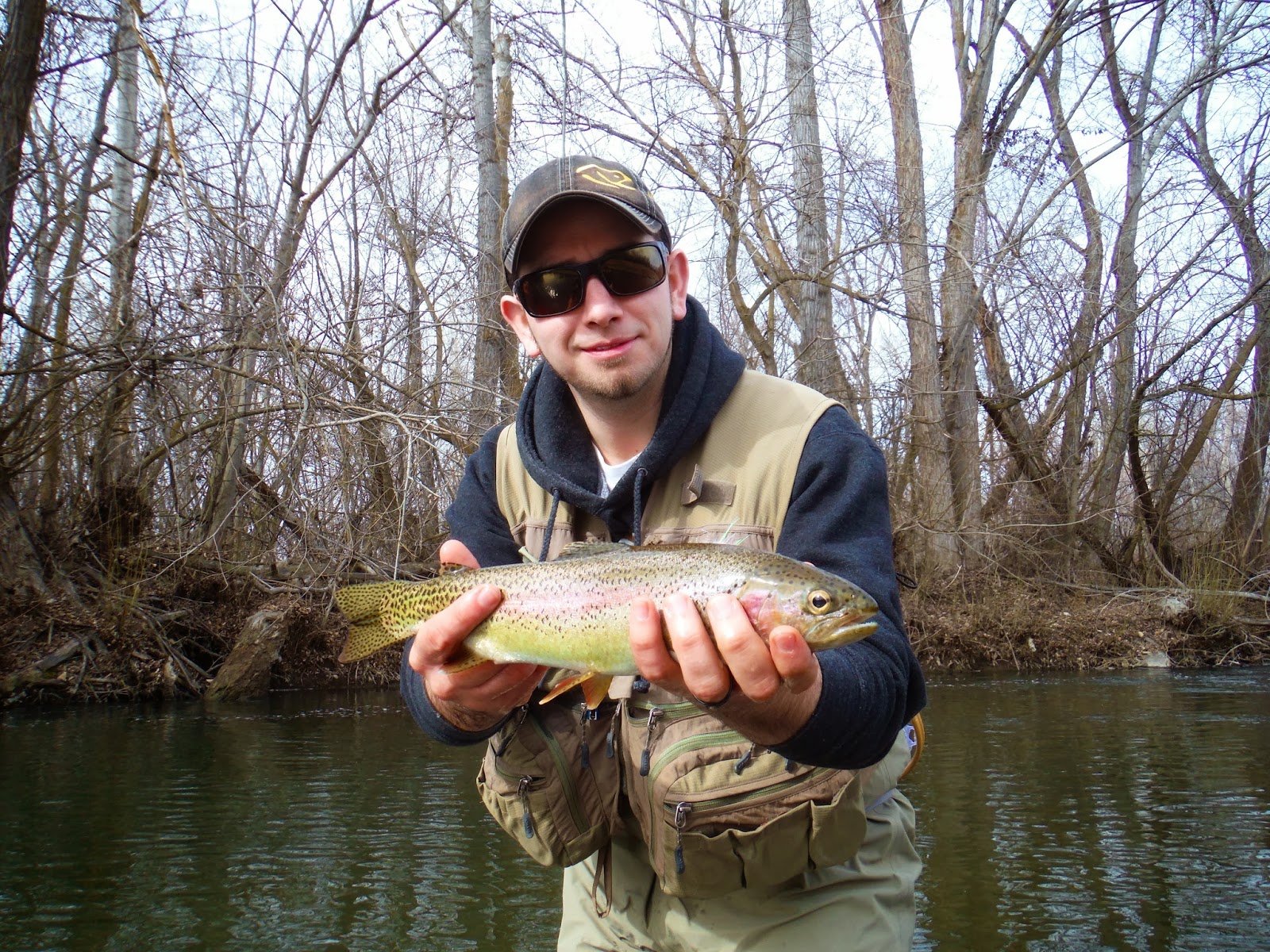 Every once in a while we all deserve days like this, where it seems like you can do no wrong.  The jig-hook flies were preforming well, and the fish were all so very hungry.  With the warmer weather, I was able to try out my new underwater camera.  With over twenty shots of a fish underwater, this was the only one that turned out; I guess underwater photography is not my strong suit. 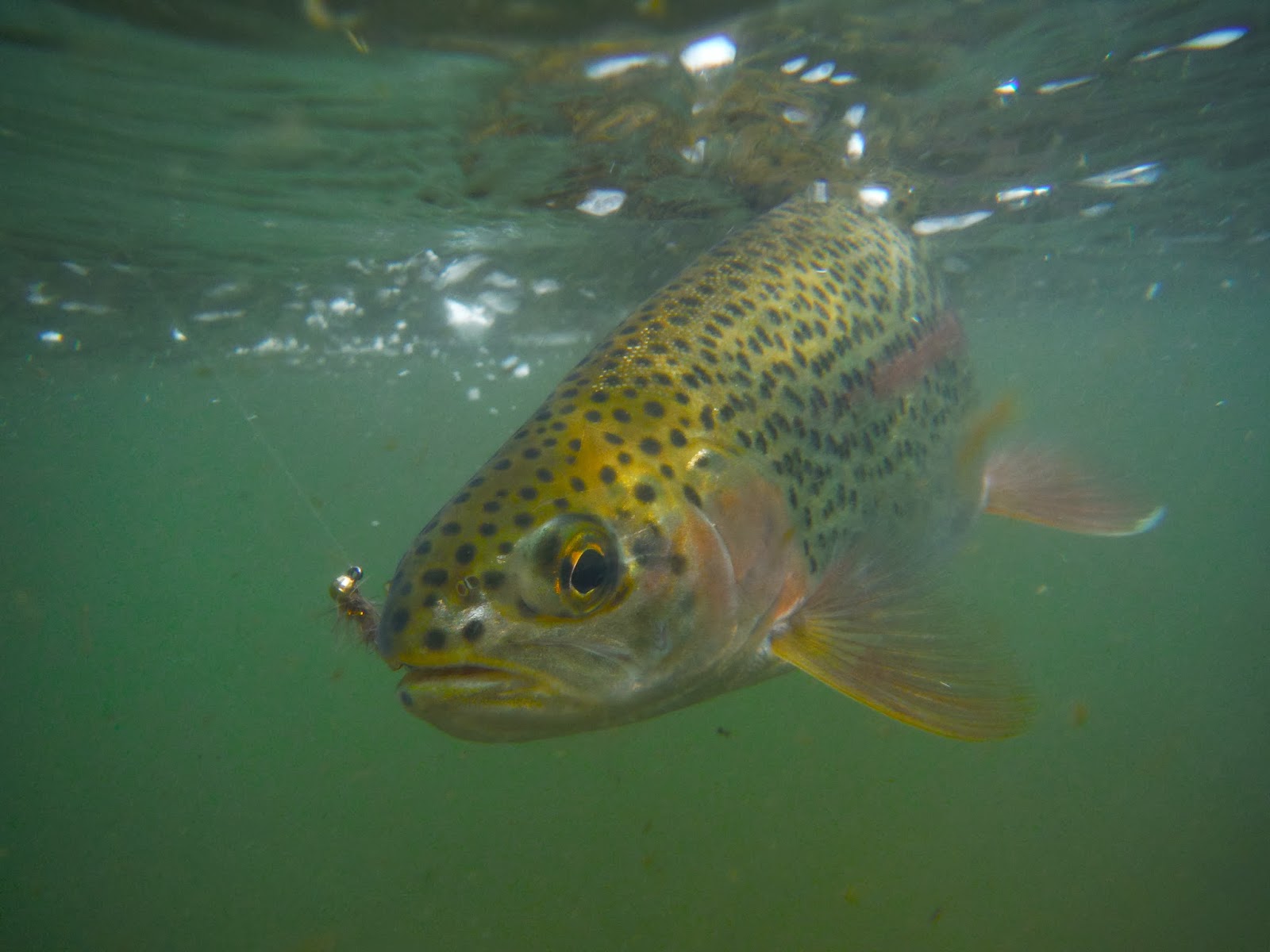 Not using an indicator has completely changed my view on nymphing techniques.  Euro nymphing seems to make the angler more involved in the process of nymphing, and there is little to no “real” casting involved.  Lets just say that it can be ridiculously  effective for an anglers that is willing to give it a try. 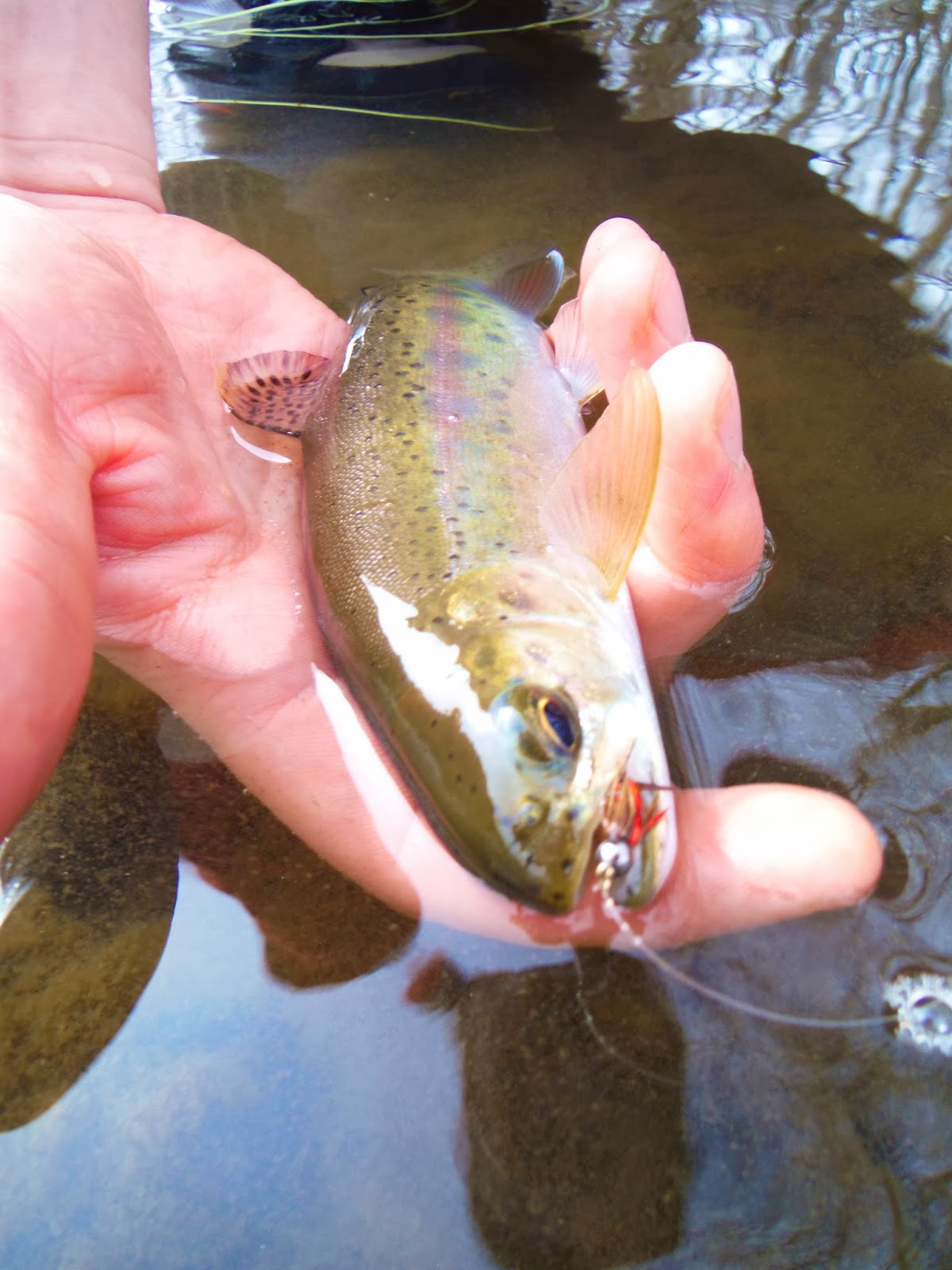 Ryan had caught so many fish at this point, that he changed his fly to a little streamer and caught a brown trout.  Though Euro nymphing was affective, Ryan is a streamer fisherman at heart.  He ended the day bringing in some rainbow trout, white fish, and an aggressive brown trout that shattered the Spillers curse, making it a phenomenal day on the Boise River.

5 thoughts on “End of the Spillers Curse”