Skip to content
You can imagine the shock in my wife’s voice when 10:00 p.m. rolled around, and I asked if it was okay if I went fishing.
“Seriously?” She asked, as I started layering up.  Both Colton and Isaac were out fishing, and had just called me for ideas on where to hit the Boise River next.  A serge to fish overcame me, and I geared up to meet them on the river. 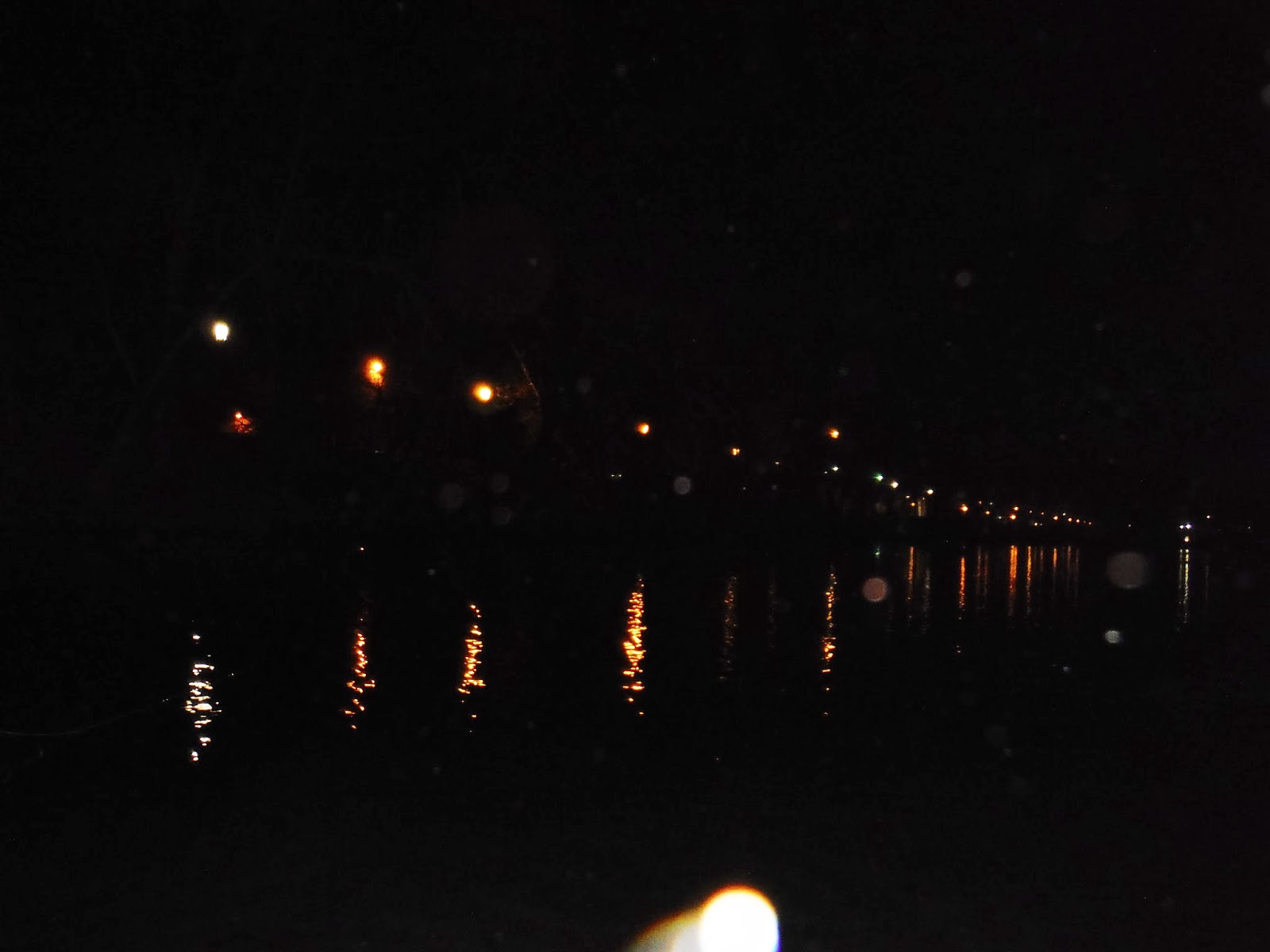 I had geared up at home so we were ready to fish when we met up!  I discovered that Isaac, of all people, had already caught a rainbow trout earlier in the evening.  That only fueled our motivation to hit the water.  Together the three of us walked along the greenbelt looking for the entrance to the river.
“I hope we don’t run into any creeps.” Isaac said as we walked.
“Three guys walking the greenbelt at night wearing masks and looking for a place to fish…” I said to Isaac, “Look no further than the man standing next to you!” 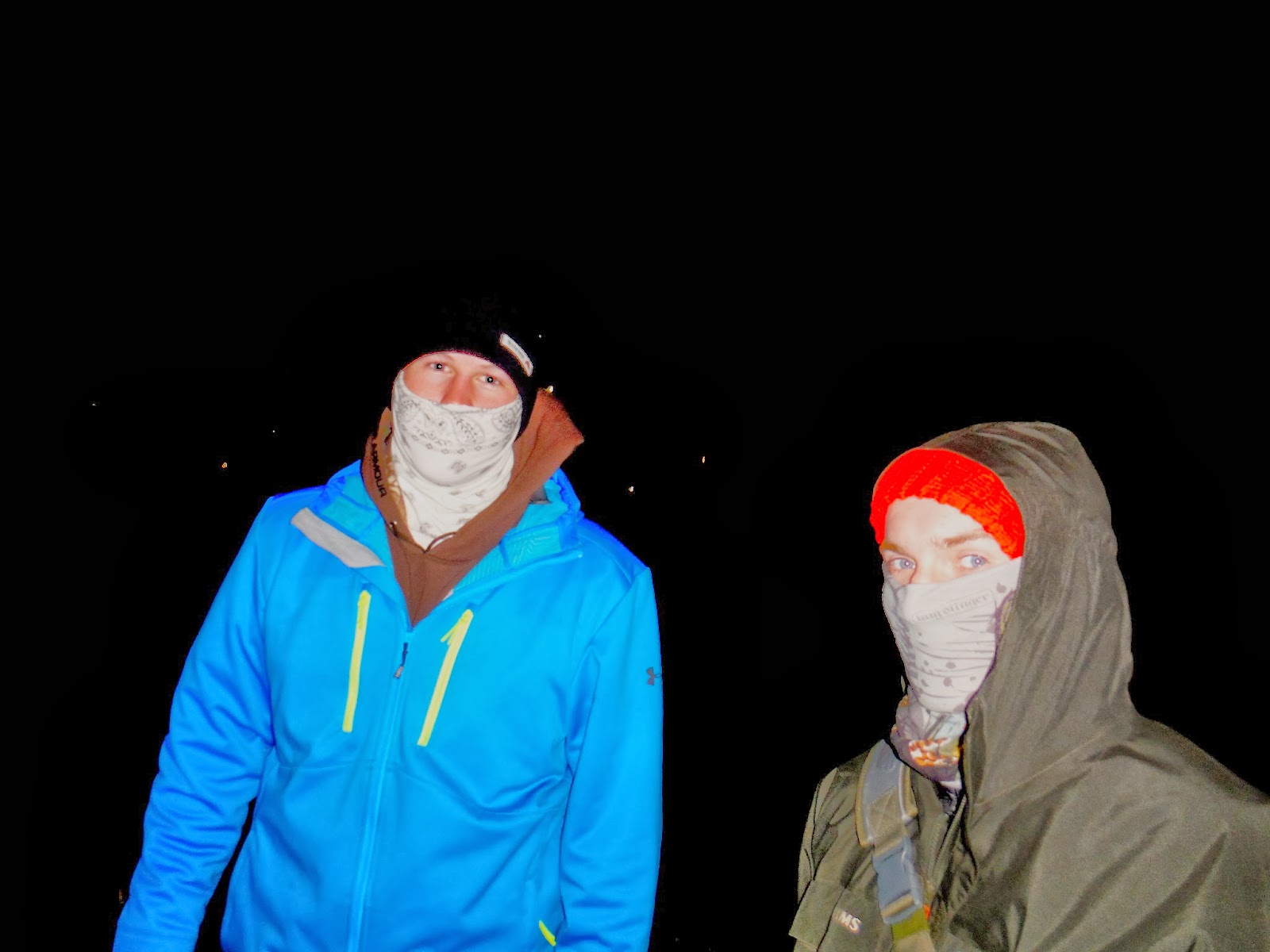 With the cloud cover, the moon was nowhere to be seen, so we fished a spot near Boise State, hoping the lights would help the fish see.  Back in my college days I fished here at night in the summertime, and at times was successful.  The lights from the building danced on the water, providing hope for the three of us as we shot our streamers out into the river. 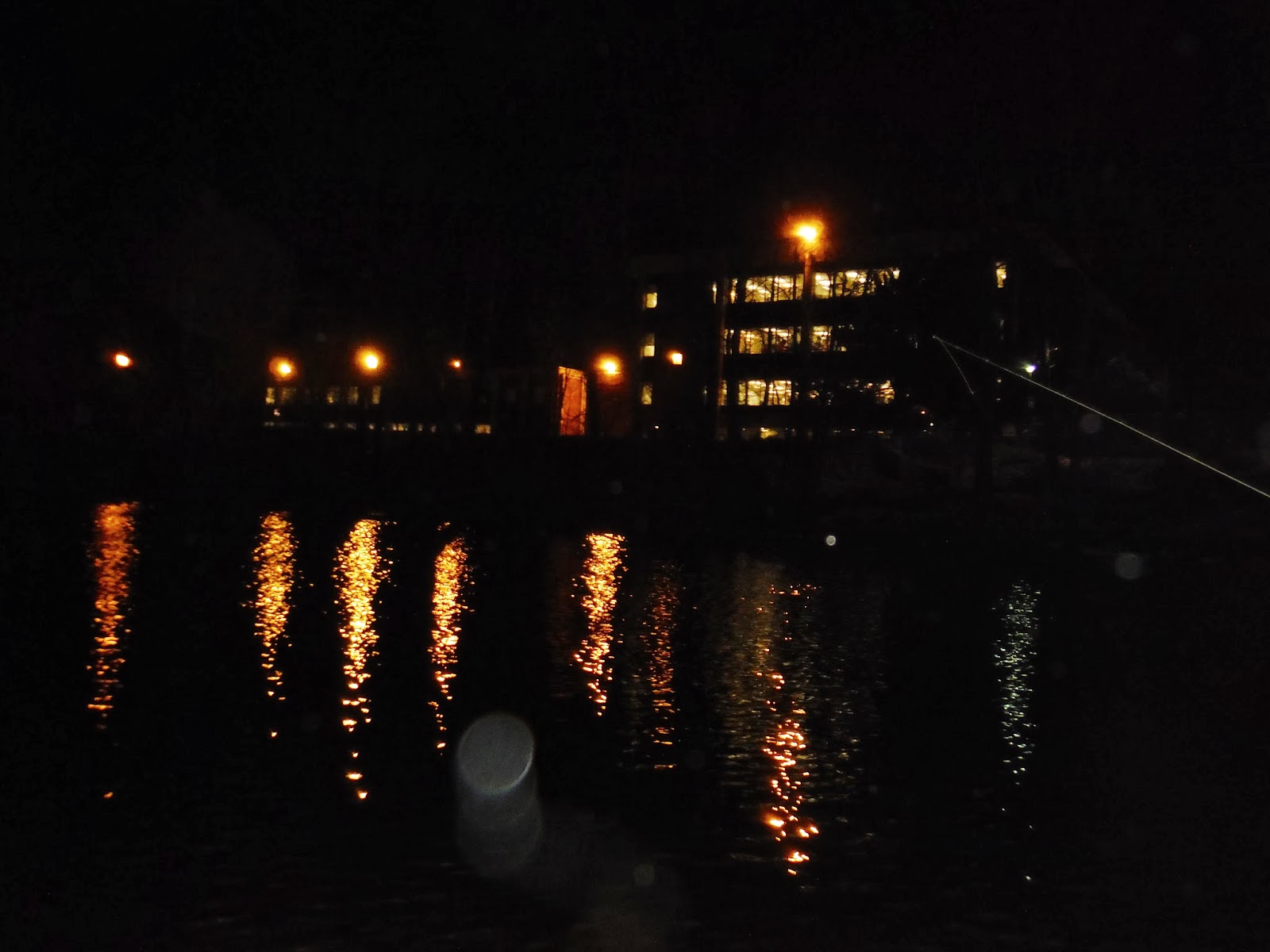 The sounds of textured fly lines zipped through the air, followed by the splash of our fly.  We were getting no love from any fish when something caught my eye.  A large something was swimming upstream on the far side of the bank…
“It’s a beaver!” I said to Colton, who was also looking.
“That thing is big!” He replied, as the beaver changed course.
“Hey now?” Colten said to the beaver, whom was now swimming directly toward him.
“Stop!” Colton yelled at the beaver, and it was not listening.
I watched with a smile as the beaver got closer and closer to Colton, saying, “It’s going to get you!”
“Oh, no it won’t!” Colton said, switching his grasp on his fly rod turning it into a bat. The beaver got closer, then veered away into the darkness.  Sadly, the only excitement in that location was the beaver.  Walking off the water we noticed our fly rods had a sheet of ice all around them, and the hackle on Colton’s fly had froze into icy shards. 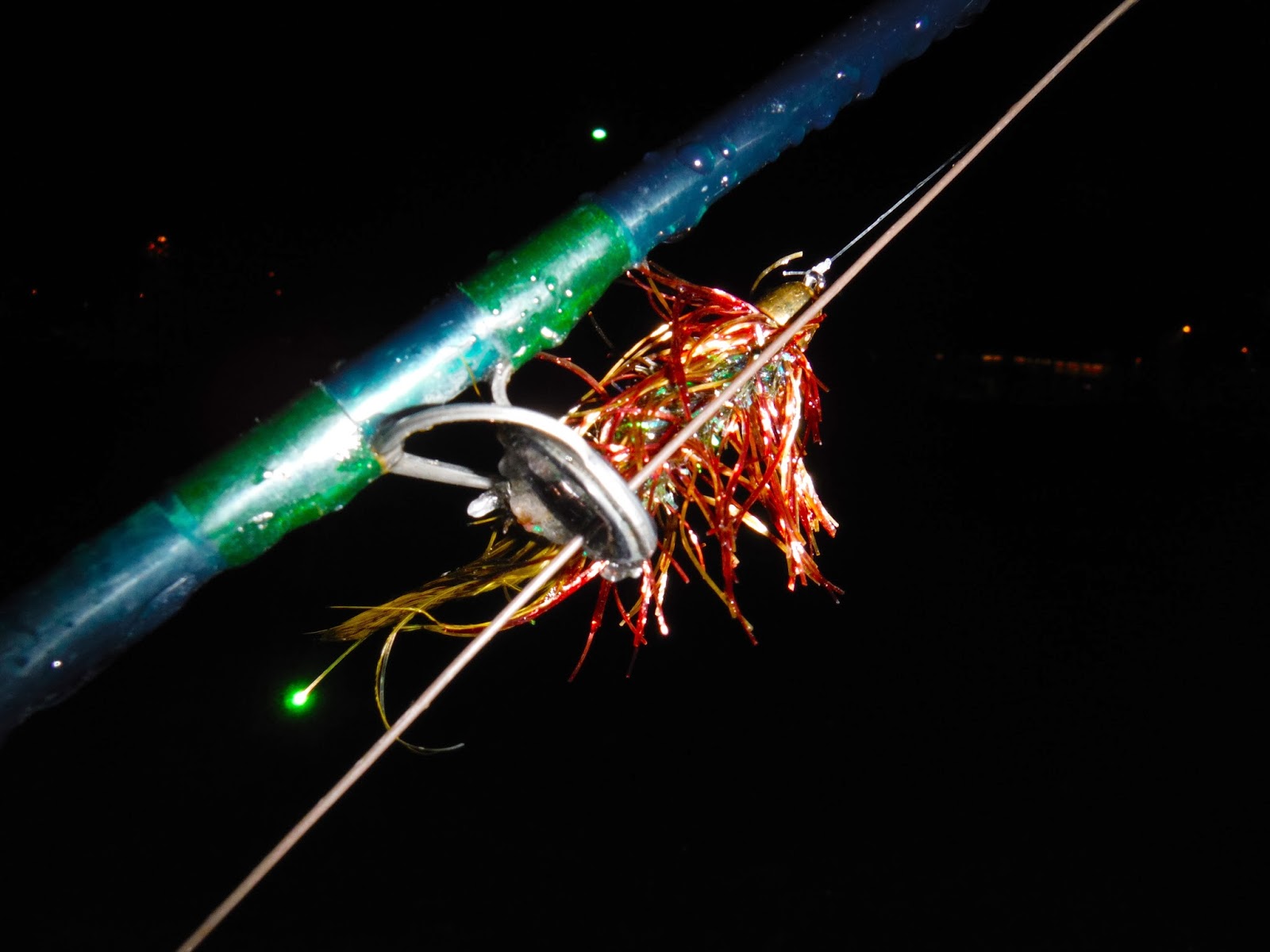 Our new location provided its own challenges, as the tall skeletal shrub branches threatened to snag our flies with every backcast.  The three of us spread out on the water, and it wasn’t long before I heard the loud WACK of a cast gone wrong.
“Ouch! My back!” Isaac yelled, clawing at the center of his back to tame the pain of a wayward skulpZilla.
“And thats why I stay away from him.” Colton said, laughing at his friend. 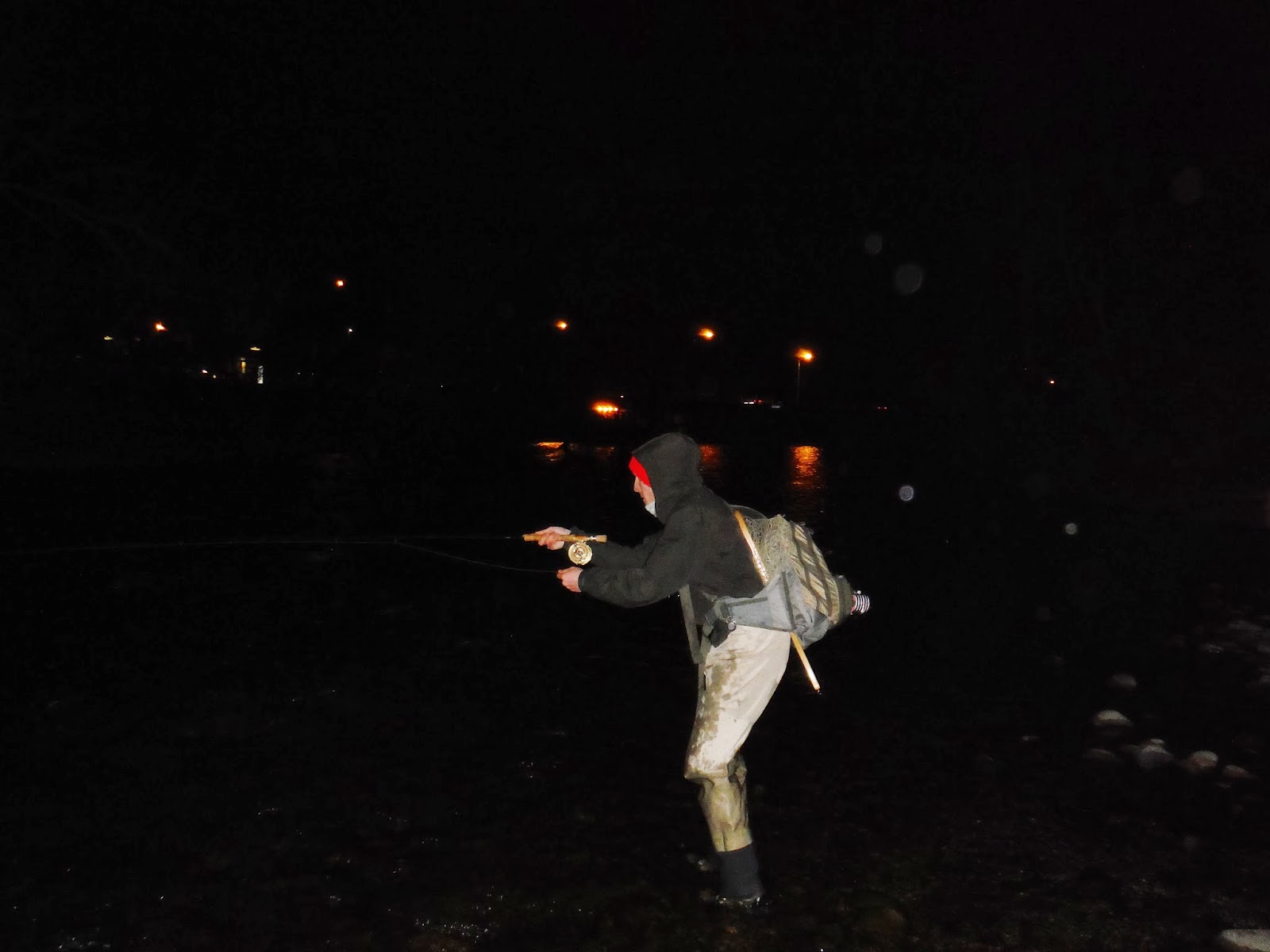 It was nearing 12:30 a.m. as we arrived to our last spot of the night.  I got out of my car, and in the corner of my eye saw the shape of a dog that slightly startled me.  I immediately did a double take, and recognized the decoy meant to scare off geese.  I laughed and pointed it out to both Isaac and Colten, and we noticed some geese walking by… completely unfazed by the decoy.
“I think that thing startled me more than it did the geese.” I said, as we walked to the water. 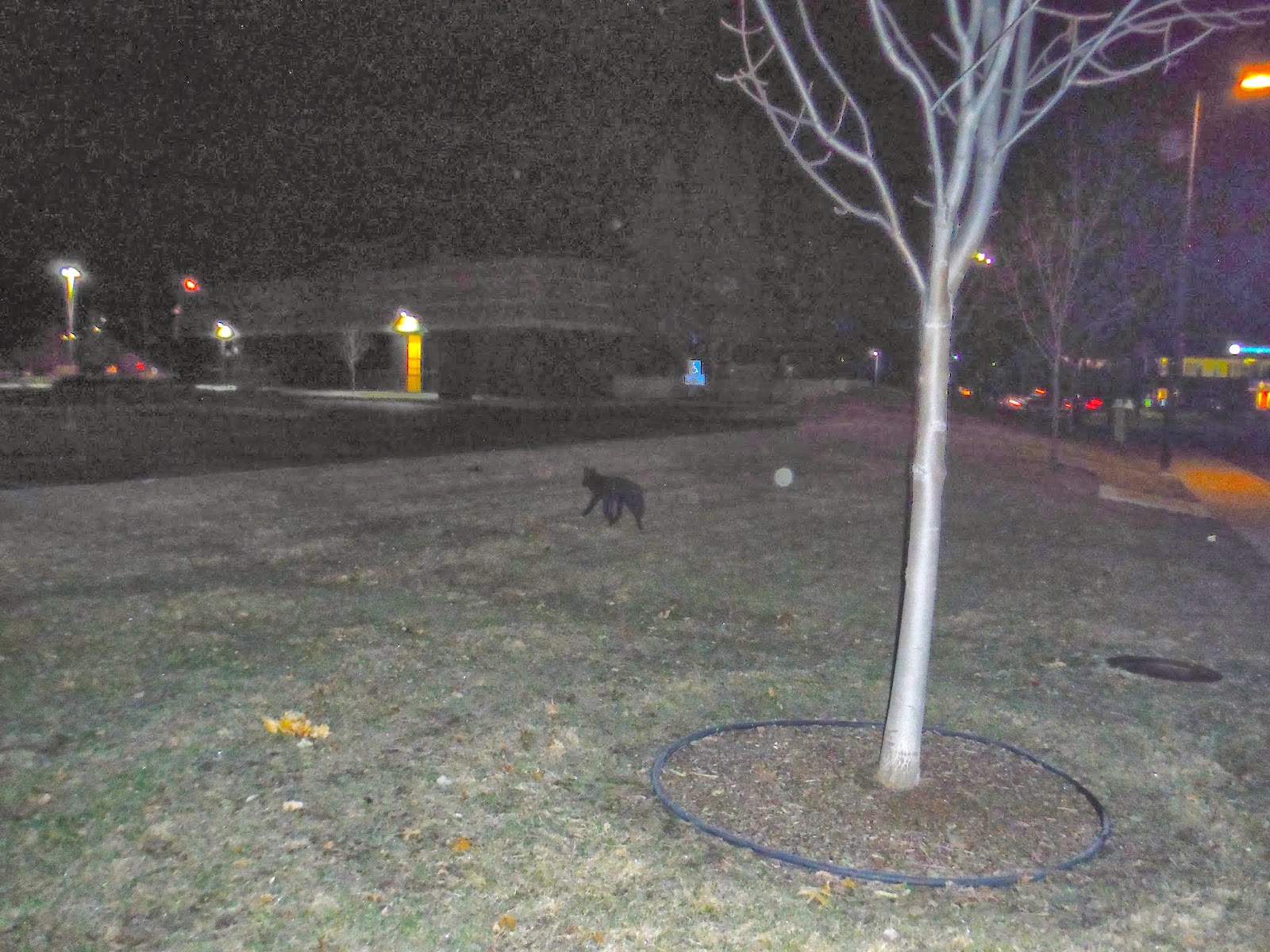 “I hope there’s no one under the bridge.” Colton said, as we stepped off the path.  I stopped and turned on my head lamp to light up the shadow created by the bridge, and we came to a halting stop.  There was someone under the bridge, tucked up in a big sleeping bag.  I looked at Colton who looked just as shocked as me.
“I think it’s too late to be fishing, and would like to get some hot cocoa…” I said, in a hushed voice.
“Sounds good to me.” Colton said, and the two of us got out of there.  We went and found Isaac, who was looking into an ornamental pond for fish. 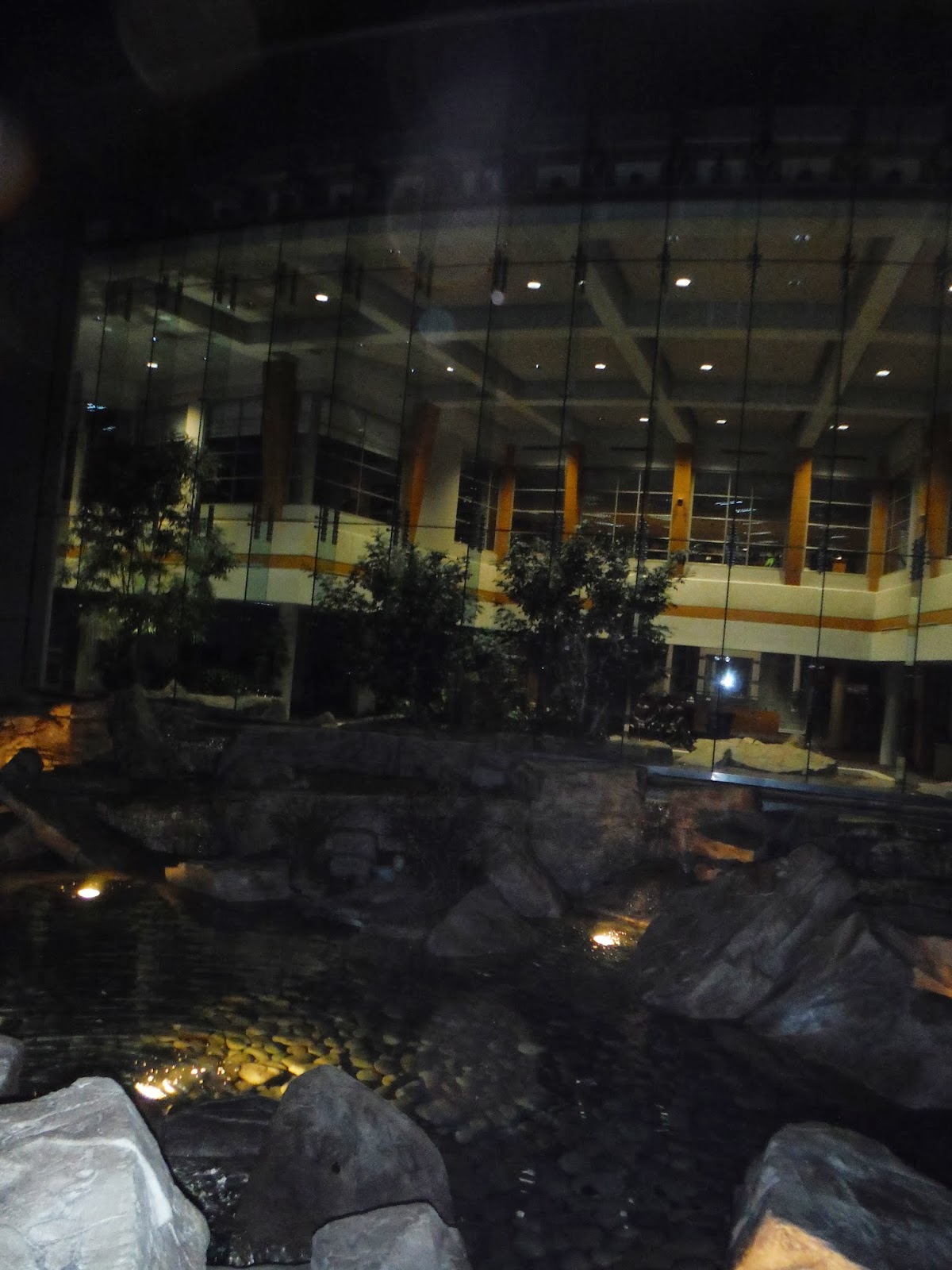 “We’re not fishing anymore, there was someone under the bridge.” Colton said to Isaac.
“Seriously?” Isaac said, shocked.
“Yeah, so we are going to get some cocoa and warm up.” Colton said, and we took off. 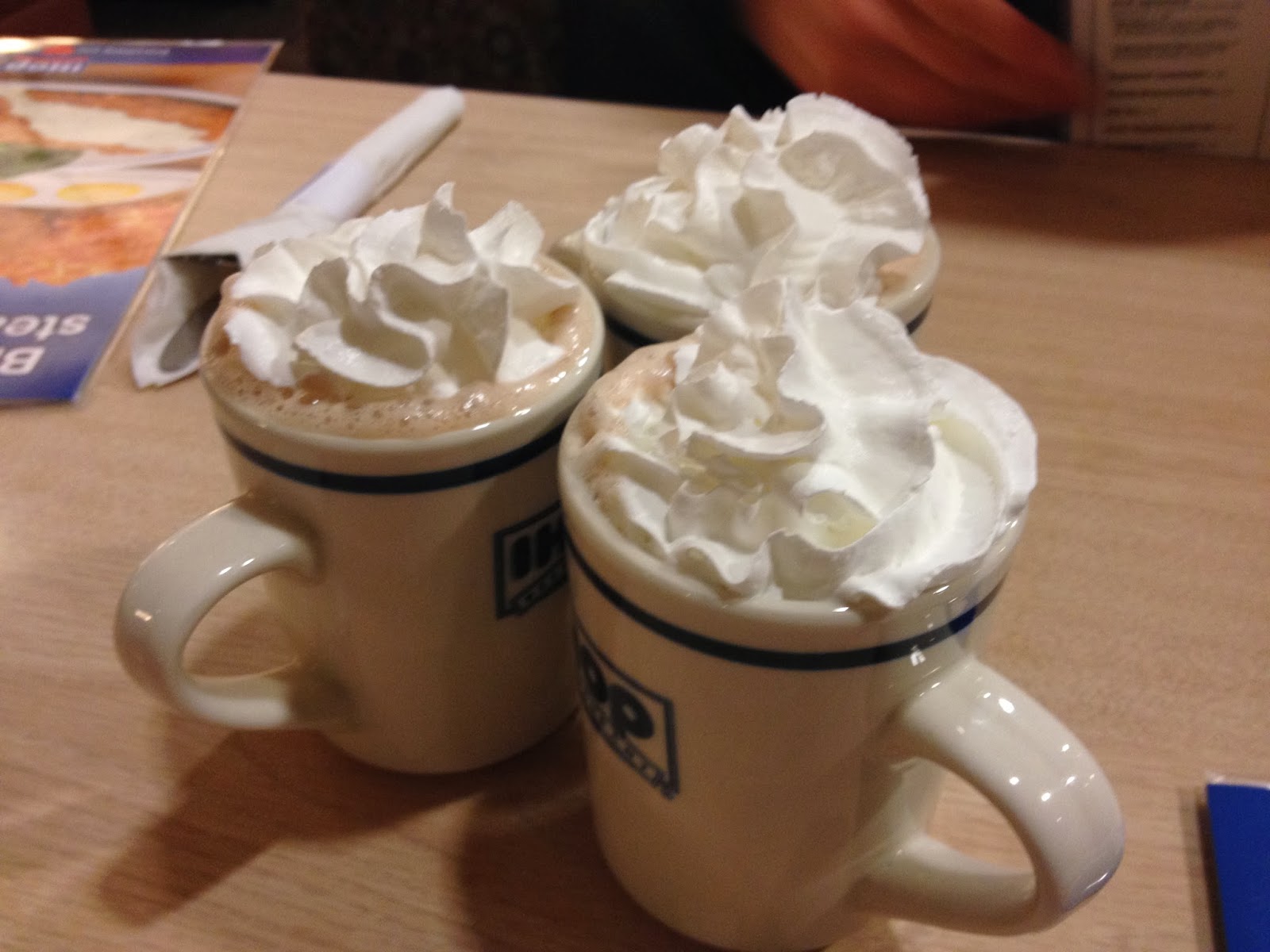 The cocoa was delicious, and together we shared fun stories of our past.  Sure a big fish would have been a better way to end the night, but if you don’t have an enjoyable time fishing it says more about you than the trip.  I think the best part of the night was Isaac’s reflection of the reason we stopped fly fishing this night.
“Man, I can’t believe you guys almost got mugged by a guy under the bridge.” He said in a serious voice.
“What?!” I said, laughing and looking at Colton who was shrugging and laughing as well.
“There was some one sleeping in a big sleeping bag is all…” I corrected.
“Still…” Isaac went on, “Scary stuff.”