Skip to content
You know there is something wrong when at 23 degrees the four of us stepped out of the vehicle saying, “It’s warm out here!” 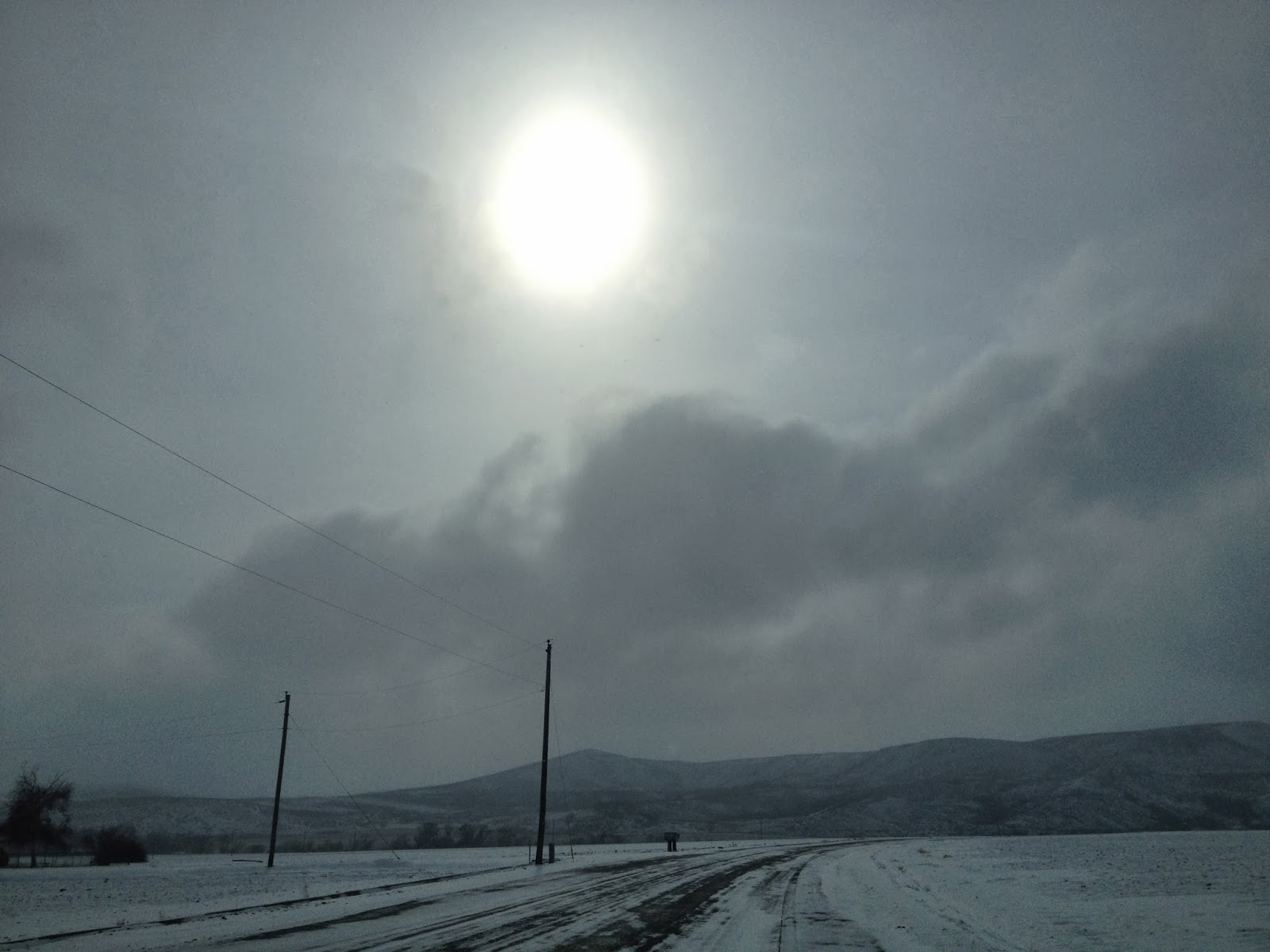 Despite the heat wave, we bundled layer upon layer and rigged our rods appropriately.  After looking around there was no indication of a fish anywhere!  Colton Schofield and his buddy, Isaac, walked downstream to fish.  Anyone within earshot could hear Isaac and the confidence spewing out of his mouth.
“Last time I was out, a mosquito fly worked awesome for me!”
“I have fished the Green River before…”
“I’m going to catch 45 fish today!”
“And I’m going to catch all my fish on this chartreuse streamer!”
Perhaps all his big talk jinxed us, because the first part of the day was very quiet.  Ryan and I had only felt the wiggle wiggle of a fish, before they ended up getting off.  We all gathered back together and headed downstream to find new water. 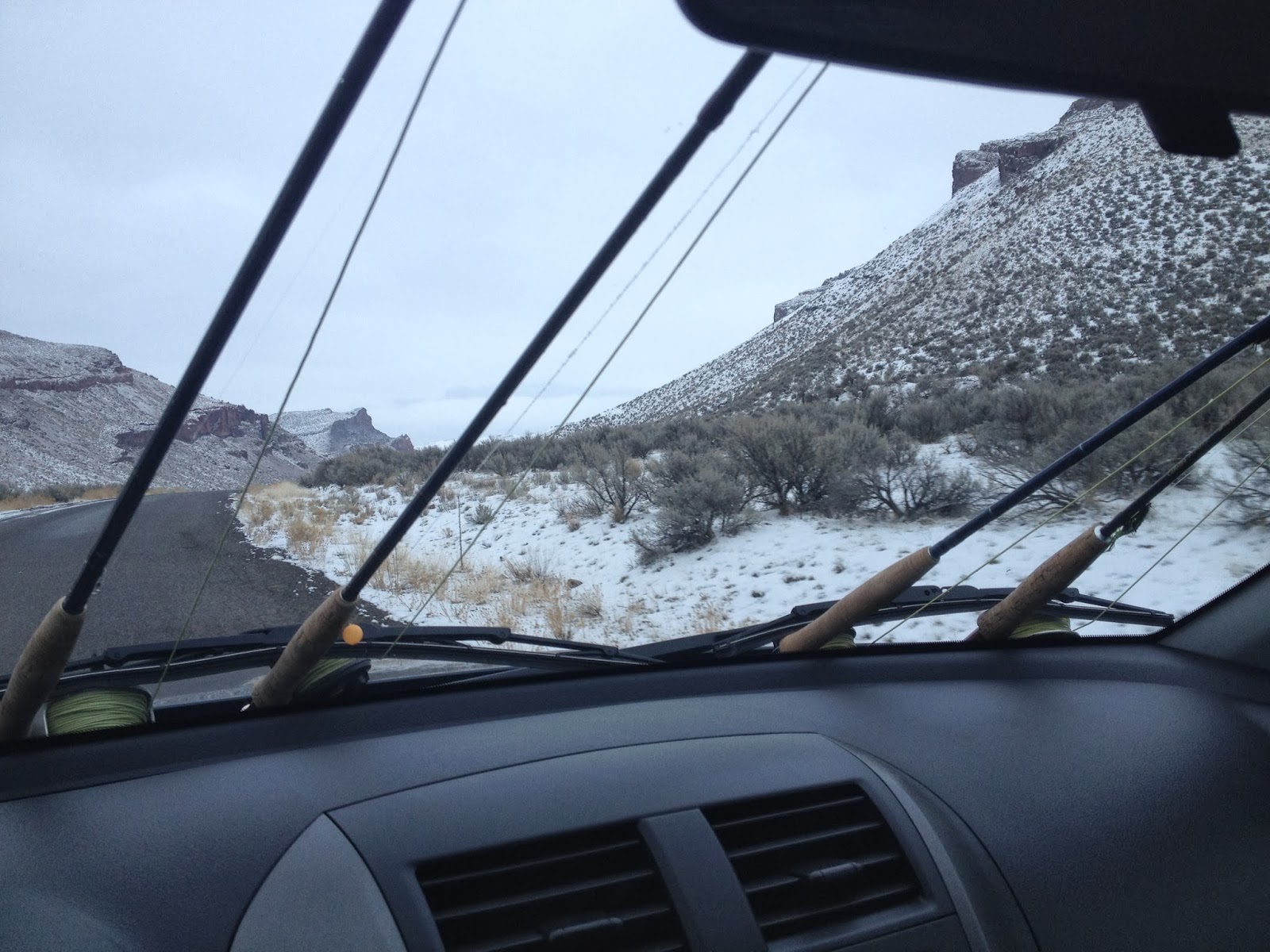 Coming across a favorite spot I had to stop and take a look and, to my delight, a fish rose!
“Whoa!  A fish!” I yelled.
“I saw it.” Colton said, looking down at the water.
“I missed it!” Isaac said, straining to see the water.
“Well I want to warm up.” Ryan said, “I guess that means the fish is all yours, Erik.”
“Wooo hooo!” I yelled, “I’ll pull the car around so you guys can watch a master at work!”
“Would you please…” Ryan said, a bit sarcastically. 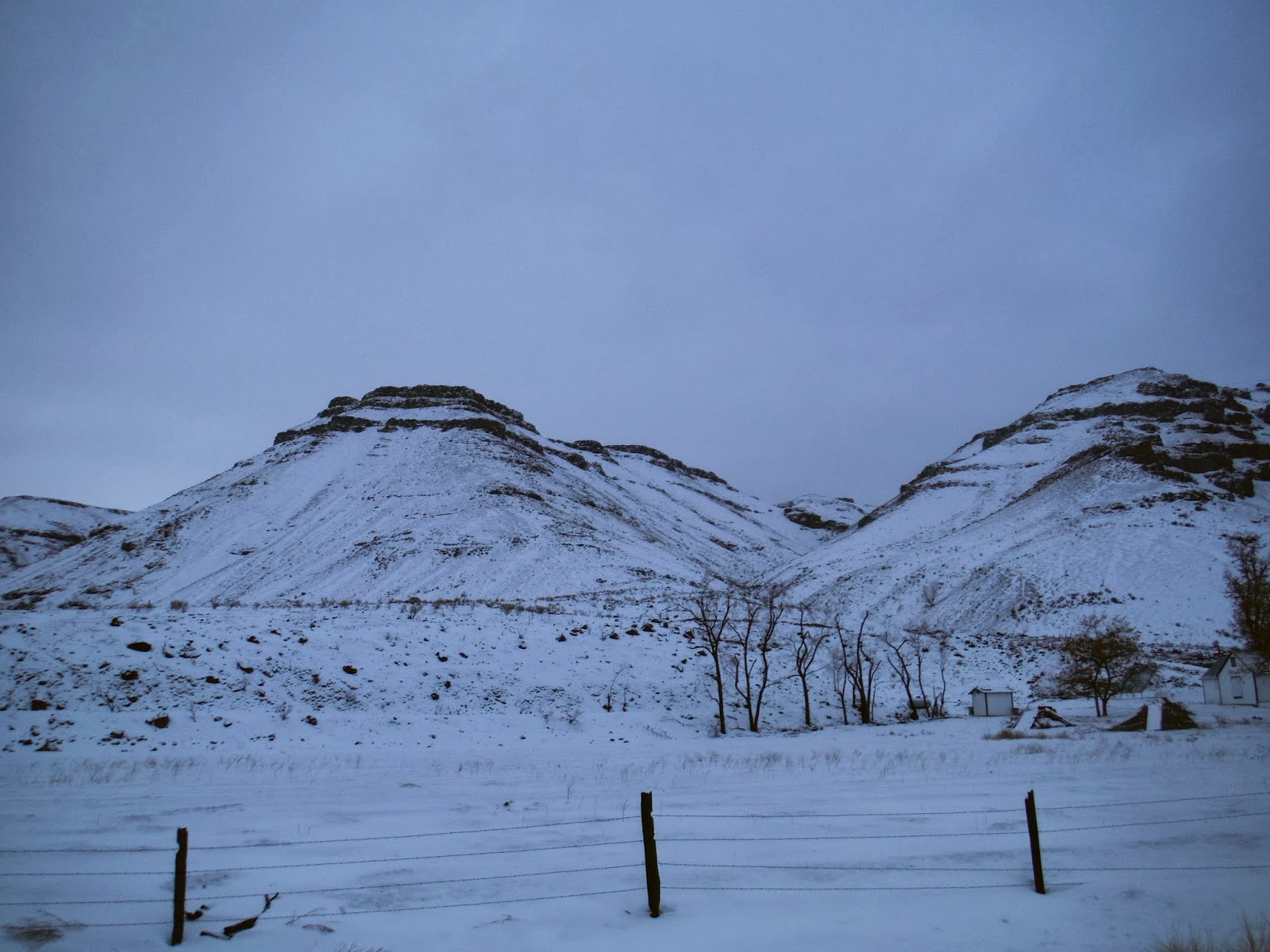 The ice shelf sent little ripples through the water as I carefully broke through the ice to get into a nice casting position.  Once I was there, I sat patiently waiting for the fish to rise again… and nothing happened.  I don’t think I scared it down, I thought as I sat and watched.  The fish wasn’t rising, so I thought, maybe it needs something to rise to.  I gathered my line and made a cast.  I watched the puff of my suspended midge float over the spot where I thought the fish was, and the midge disappeared in the disturbance of a fish’s mouth breaking the surface of the water.  I held my breath, but only for a second before I set the hook and felt the glorious thrashing of a fish!  I heard the guys exit the vehicle with sounds of approval.  Ryan hurried down to the riverside to take this picture of me and my fish. 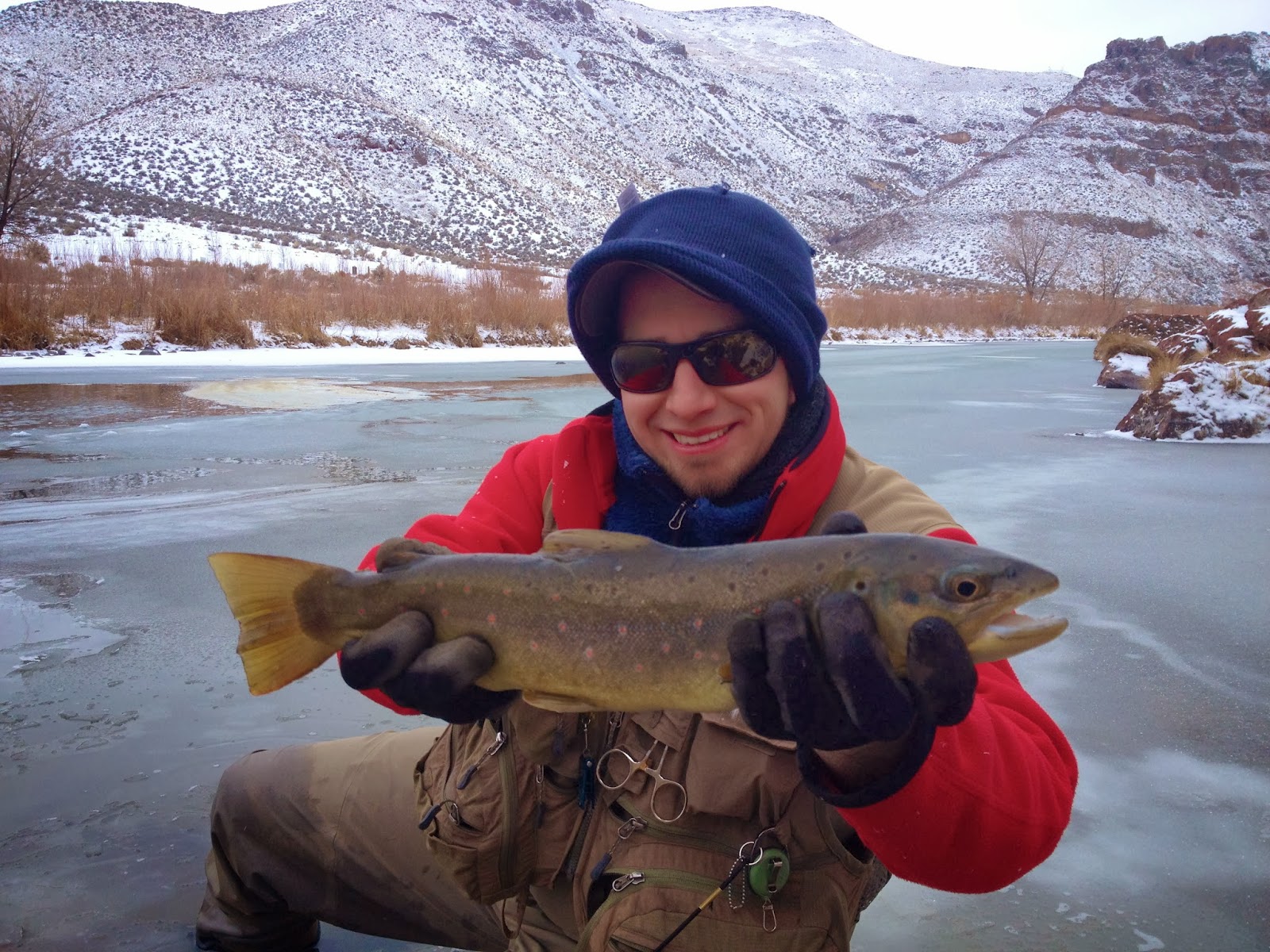 When it’s below freezing out it’s important to not keep the fish out of the water long; doing so may cause the fish’s gills to freeze, which can have fatal effects on the fish.  I was sure to keep that in mind, and when I released the fish it bolted off unharmed. 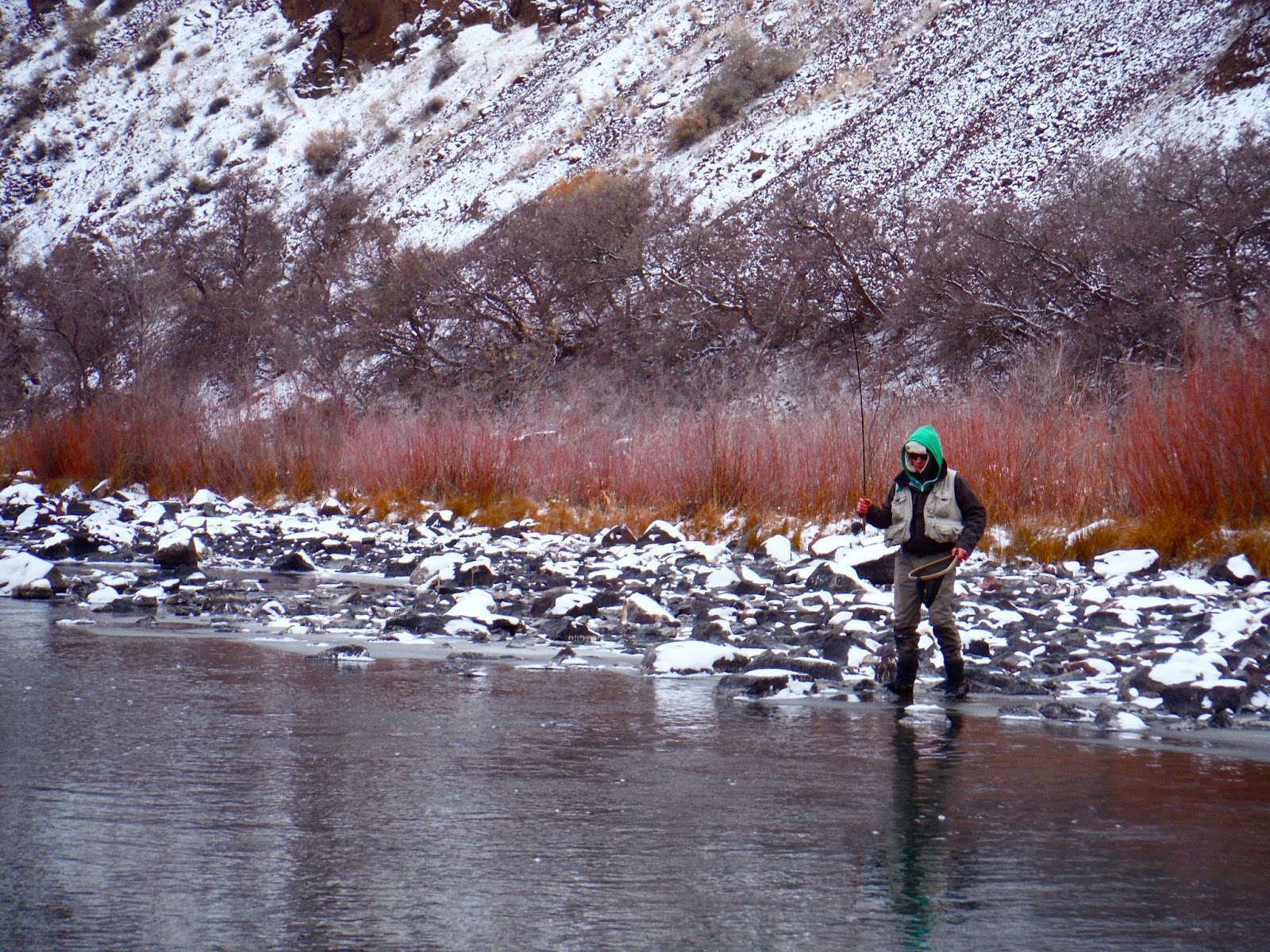 We found more open water and in no time Ryan was fighting a fish. 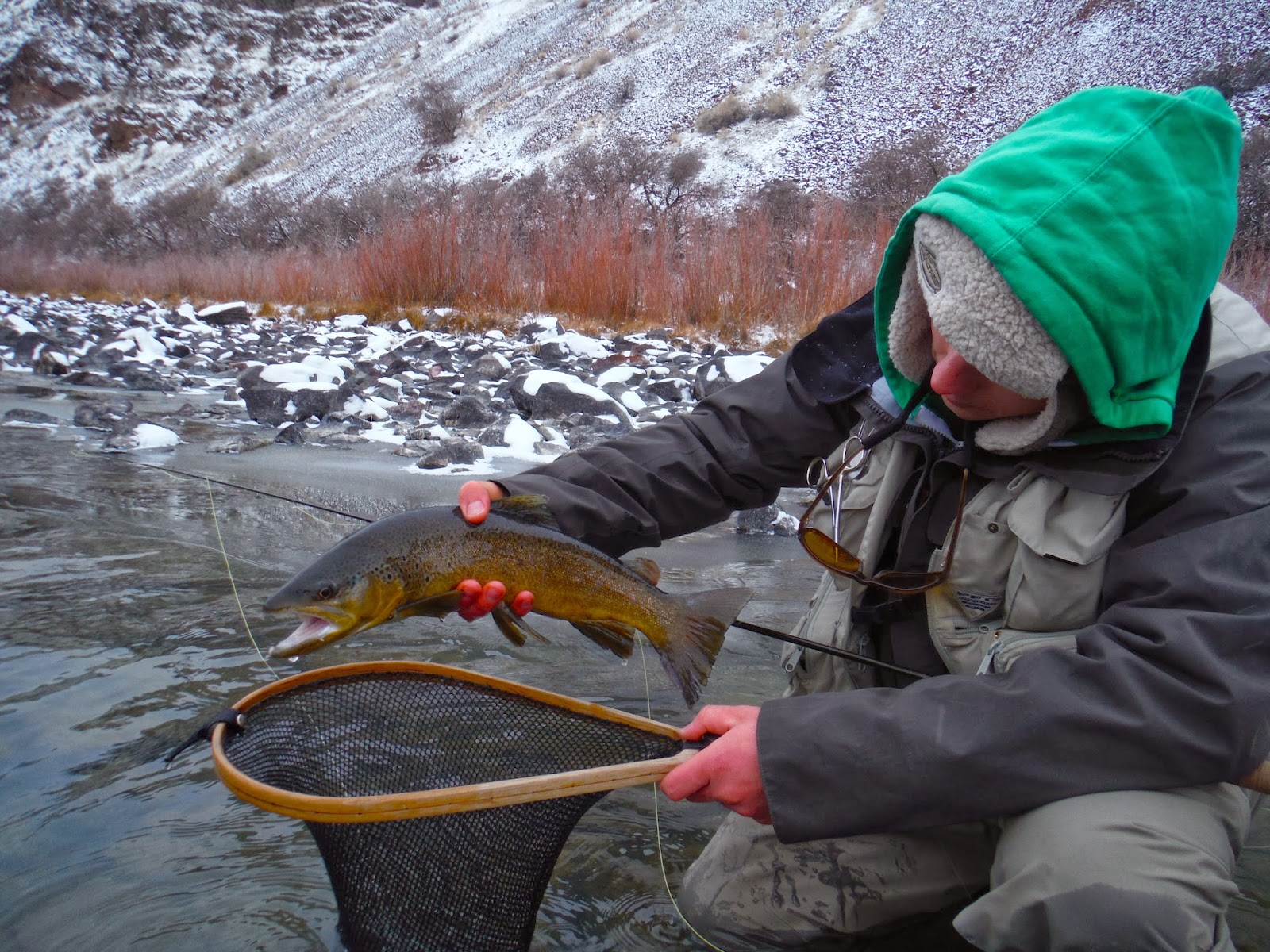 I made my way over to Ryan for a quick picture.  Despite the cold, he held the fish halfway out of the water so I could get a shot of the blue mark behind the fish’s eye. 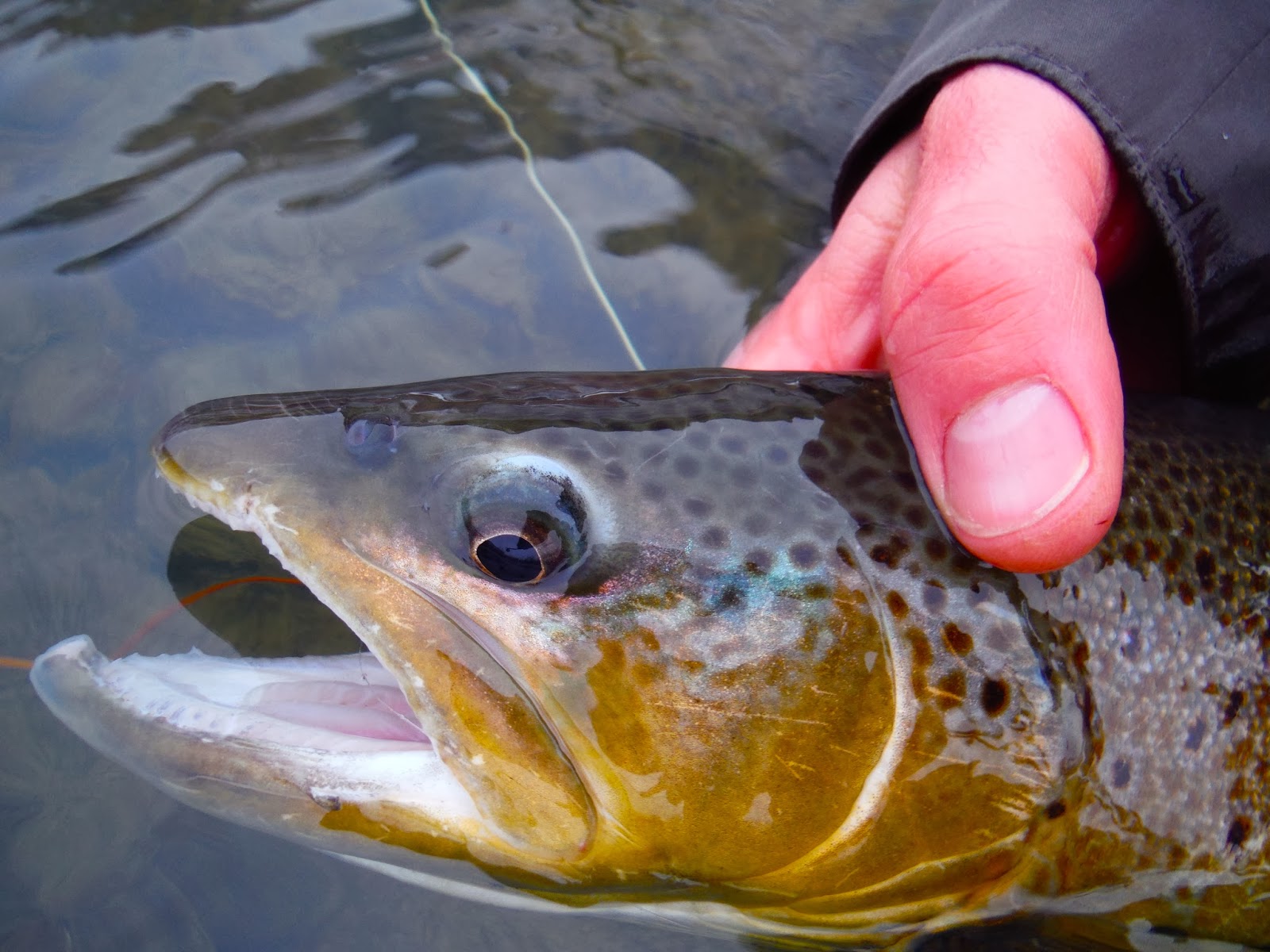 Soon after, Colten hooked a fish.  Being the youngest, he always has someone telling him how to land a fish, as if he has never done it before.  I know from experience that it gets annoying always being coached, so I keep my mouth shut anymore when he hooks a fish. 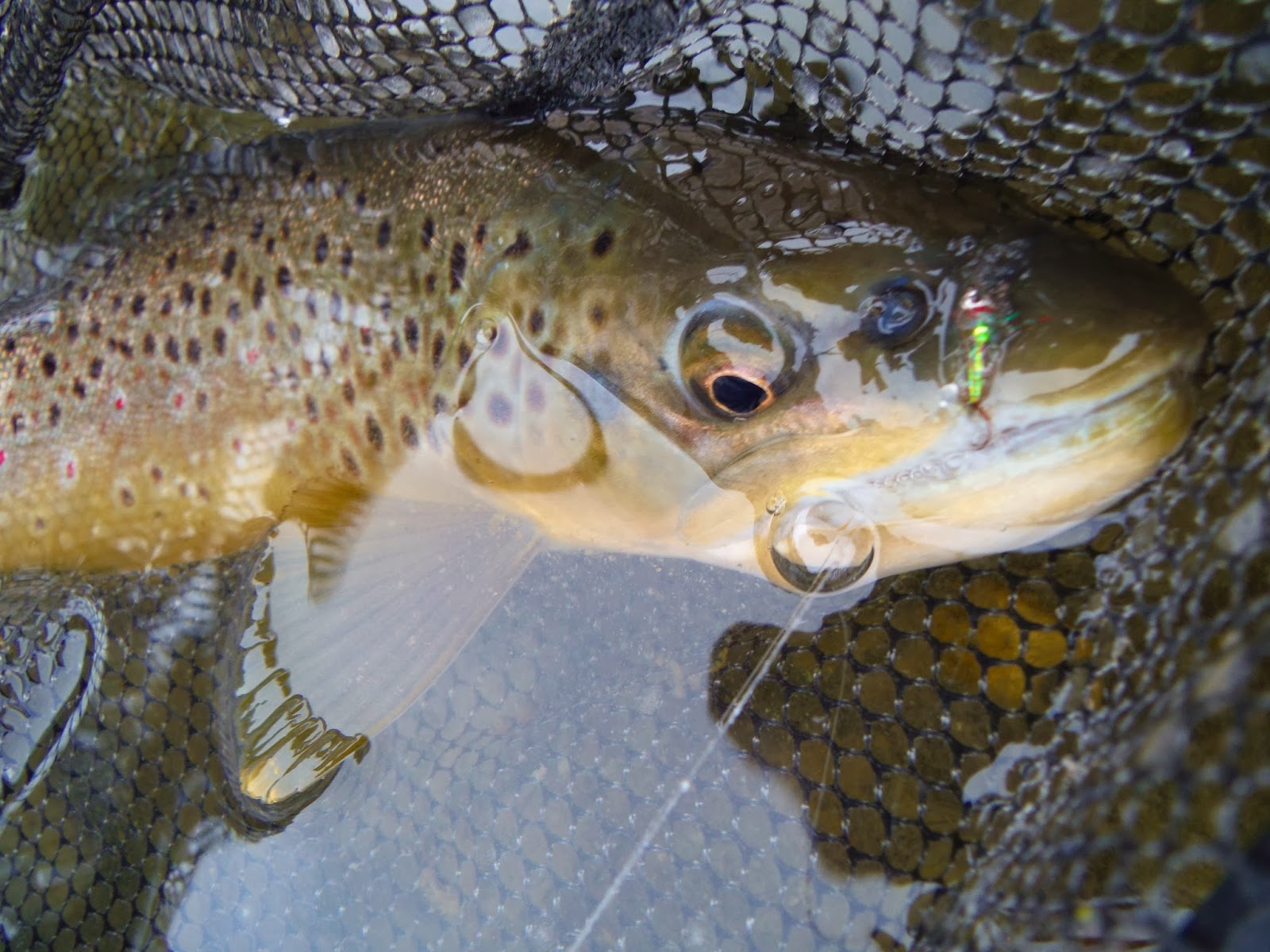 We had all hooked fish at this one particular spot on the river, so we called young Isaac over to try his luck.  He was the only one of us who hadn’t caught a fish yet.  He lobbed his heavy chartreuse streamer into a shallow spot, despite our suggestions not to, and immediately got snagged.  He reefed and pulled on the fly, but it was not going anywhere.  So without warning, he stomped in the river and retrieved his fly while blowing out the hole.   He held up his fly that was caked with moss and gunk yelling, “I got it!” 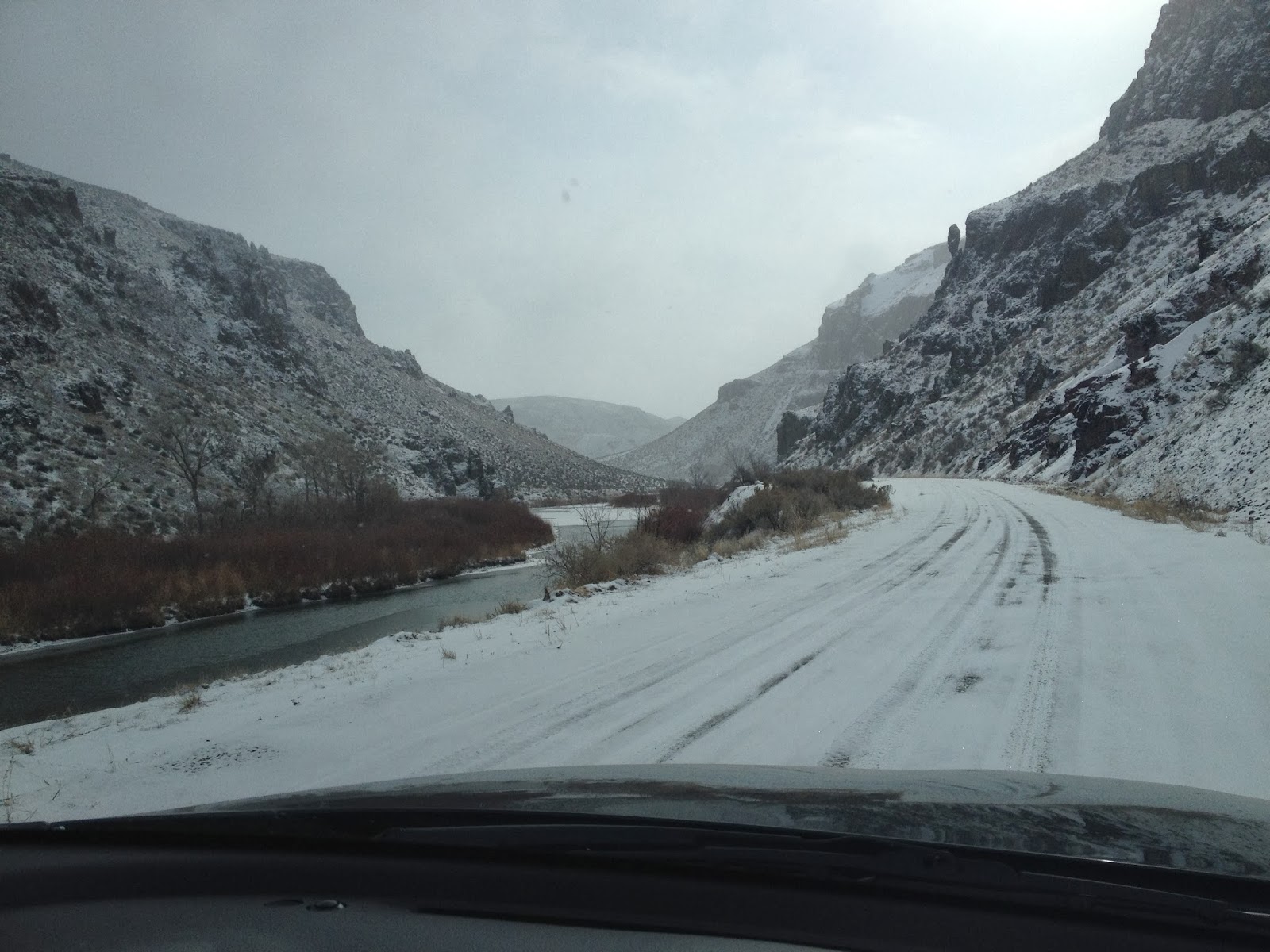 We laughed off the situation, and decided to call it a day.  I can’t say it was the most productive day out on the Owyhee, but it definitely was fun.  We did spend some time with Isaac teaching him how to control his line and mend; he did catch on quick, but has some practicing to do.  Hopefully next time, the Owyhee will be clear with more opportunities to throw a dry fly.

1 thought on “The Owyhee to Ourselves”