Skip to content
Two hours was all the time I was allowed to fish in McCall while my in-laws were ice-skating.  I have never been a good ice skater, so my time on the ice would have been spent clawing the wall for support.
It was after noon when I texted my buddy, Mike McLean, out of the blue , asking if he could join me to fly fish; little did he know I was already on my way to his house.  After quick a hello to him and his wife, Kerri, we were geared up and off to the North Fork of the Payette River to try our luck. 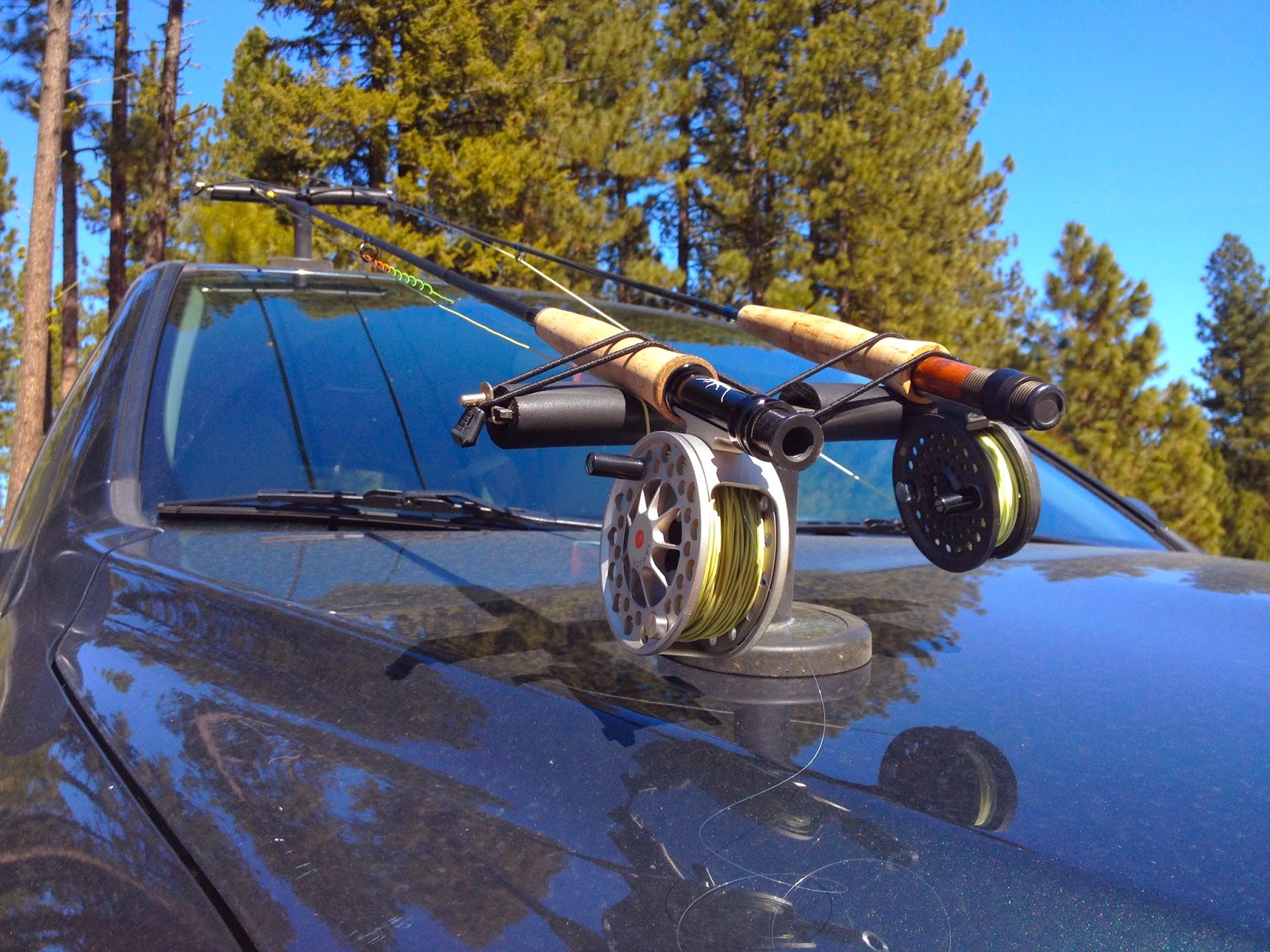 The water was crystal clear, and both Mike and I were looking at the deeper portions of the water for fish.  We both steadied our eyes, expecting to see the flash of a feeding fish under the water, but there was nothing. 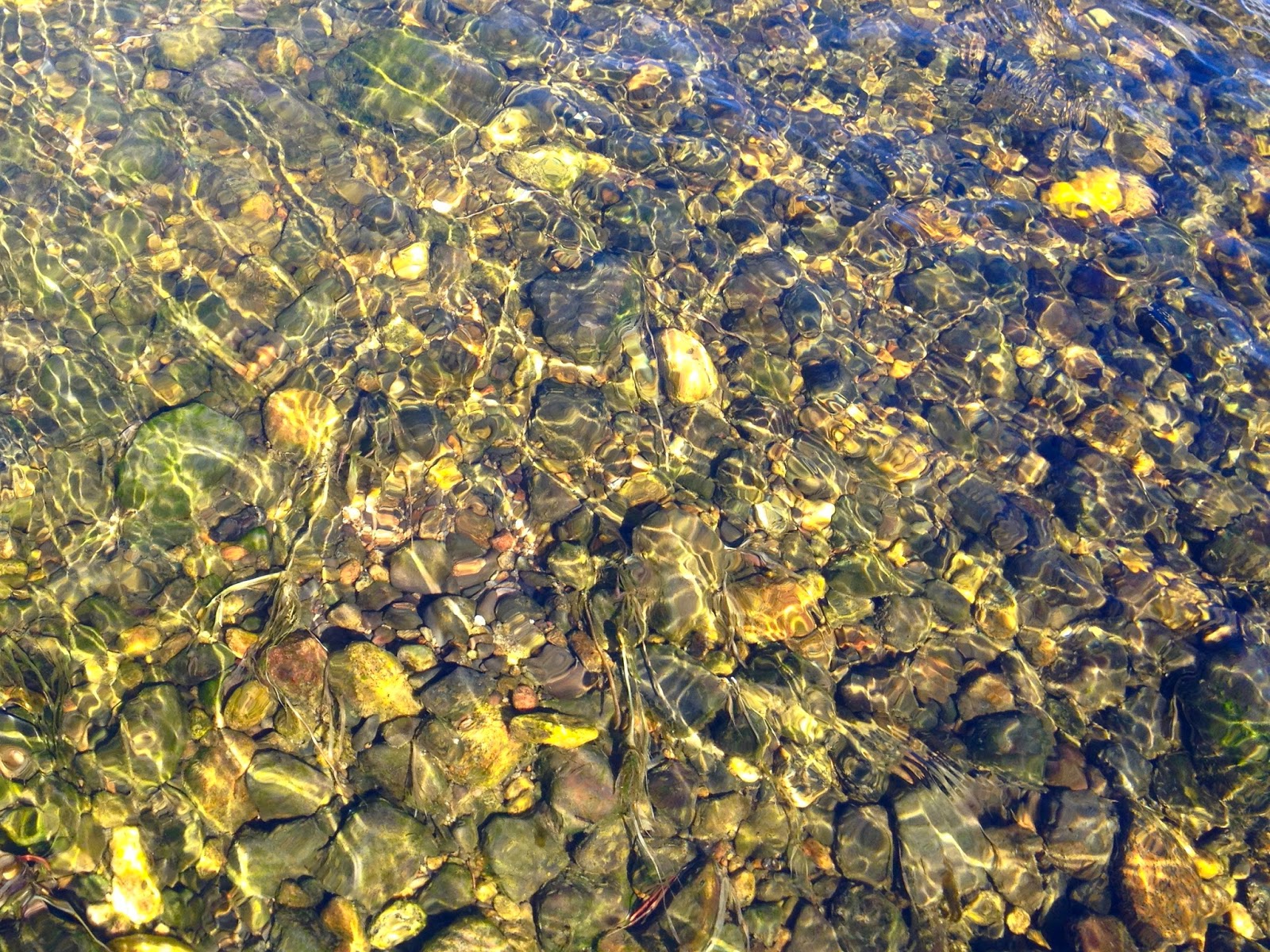 It was not the first time I have looked for fish without seeing them, so the only way to find fish is to fish for them.  I found a picture perfect shelf under the water where the stream flowed into a deeper hole; perfect for fish!  I dredged the water with my Euro nymphing set up, and high hopes. 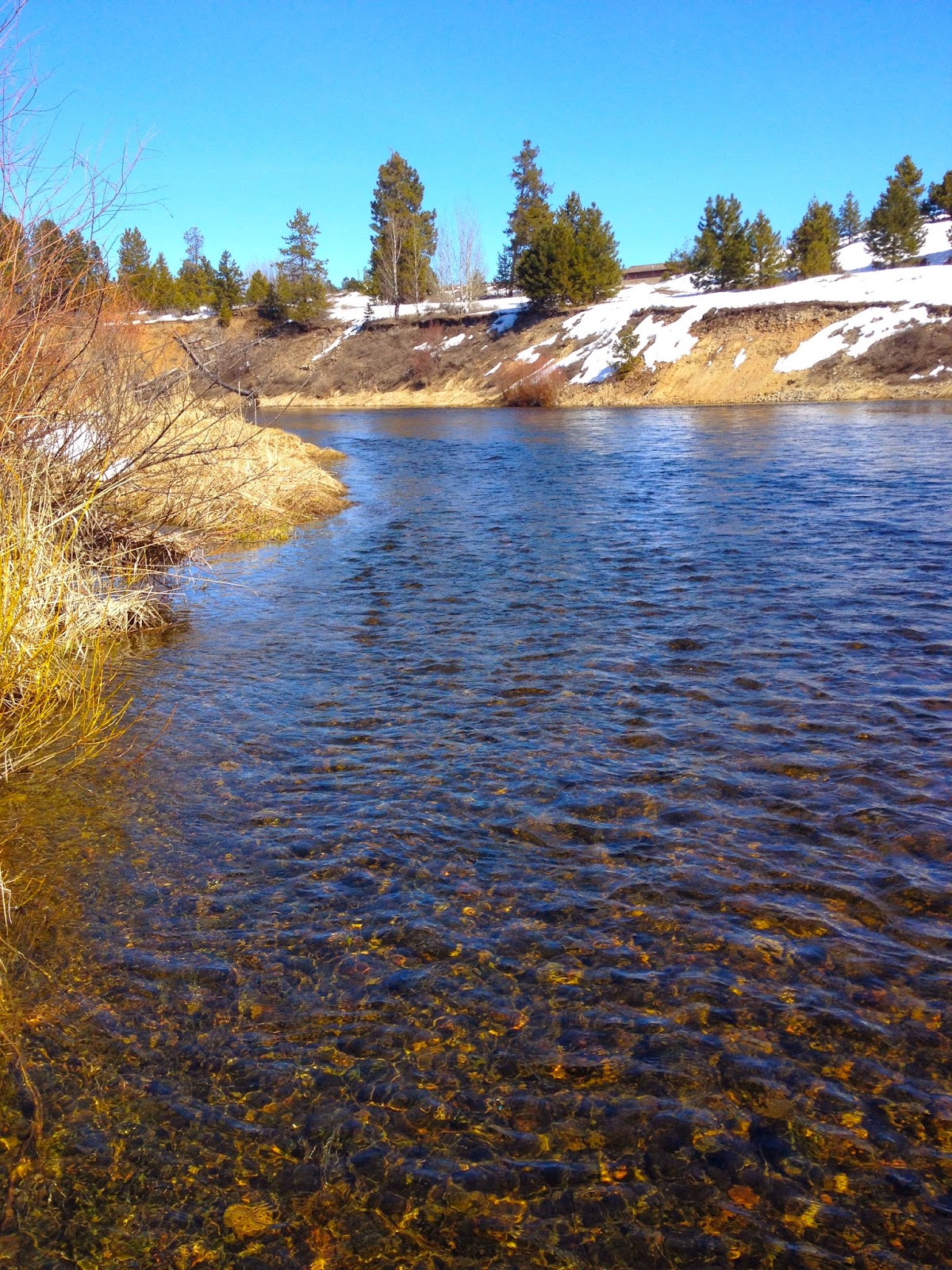 After a while of fishing and not catching a thing, I went and found Mike.
“Anything?” I asked, when he was in ear shot.
“Nothing.” He said back to me, yet keeping his eyes on his indicator.
For me, time was not on my side.
“Do you remember that stream we cross over when we drive back from Louie Lake?” I asked.  Every time we cross that bridge both Mike and I look over at the small stream, longing to fish it.
“Yeah!  Want to try that?” Mike asked.
“Yeah, let’s go!” 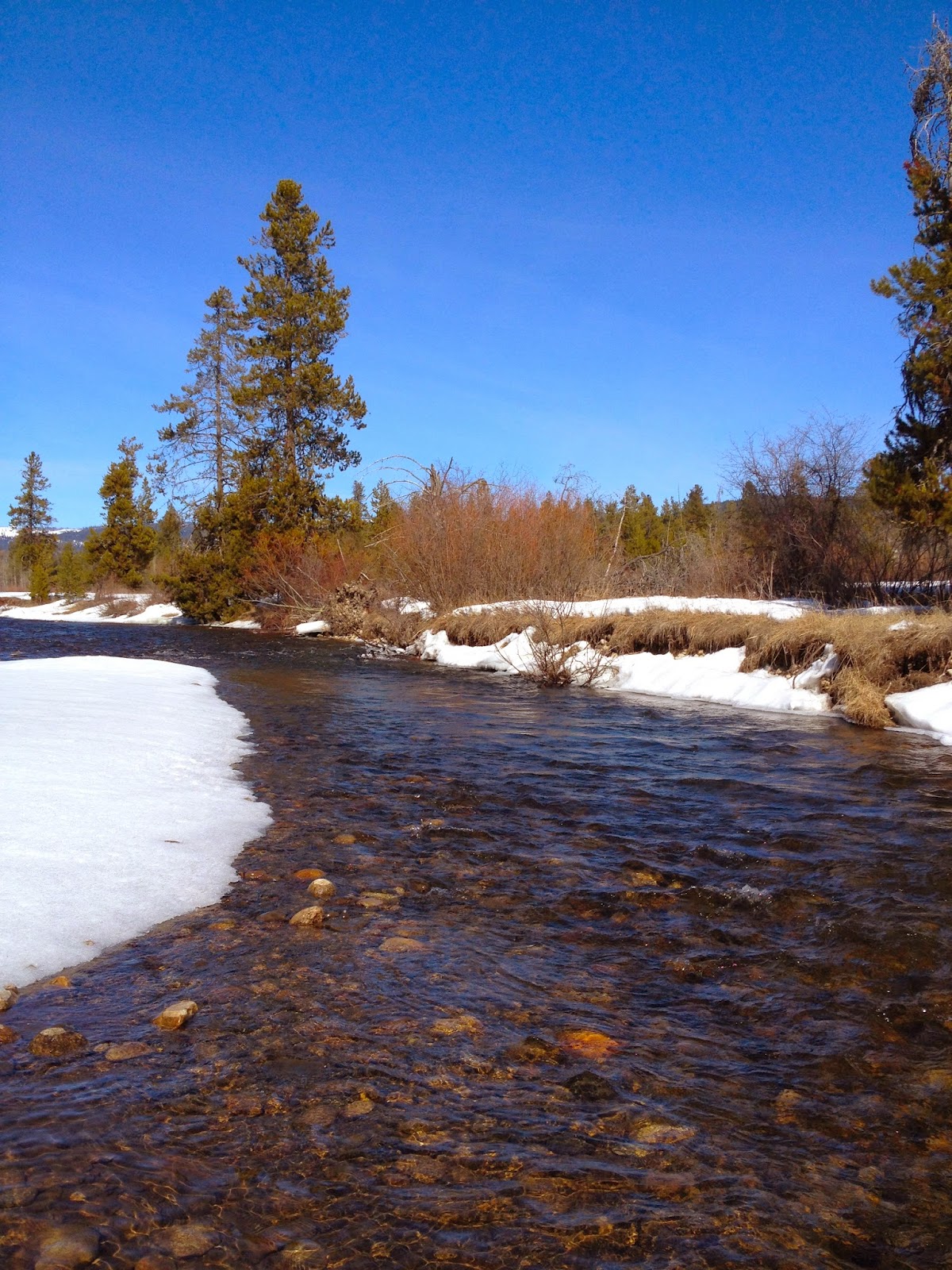 When we first arrived, we immediately walked to the bridge to look for fish.  The water was deep, and there was a nice riffle that looked very promising.  With my two fly setup and a slinky attached, I started nymphing. 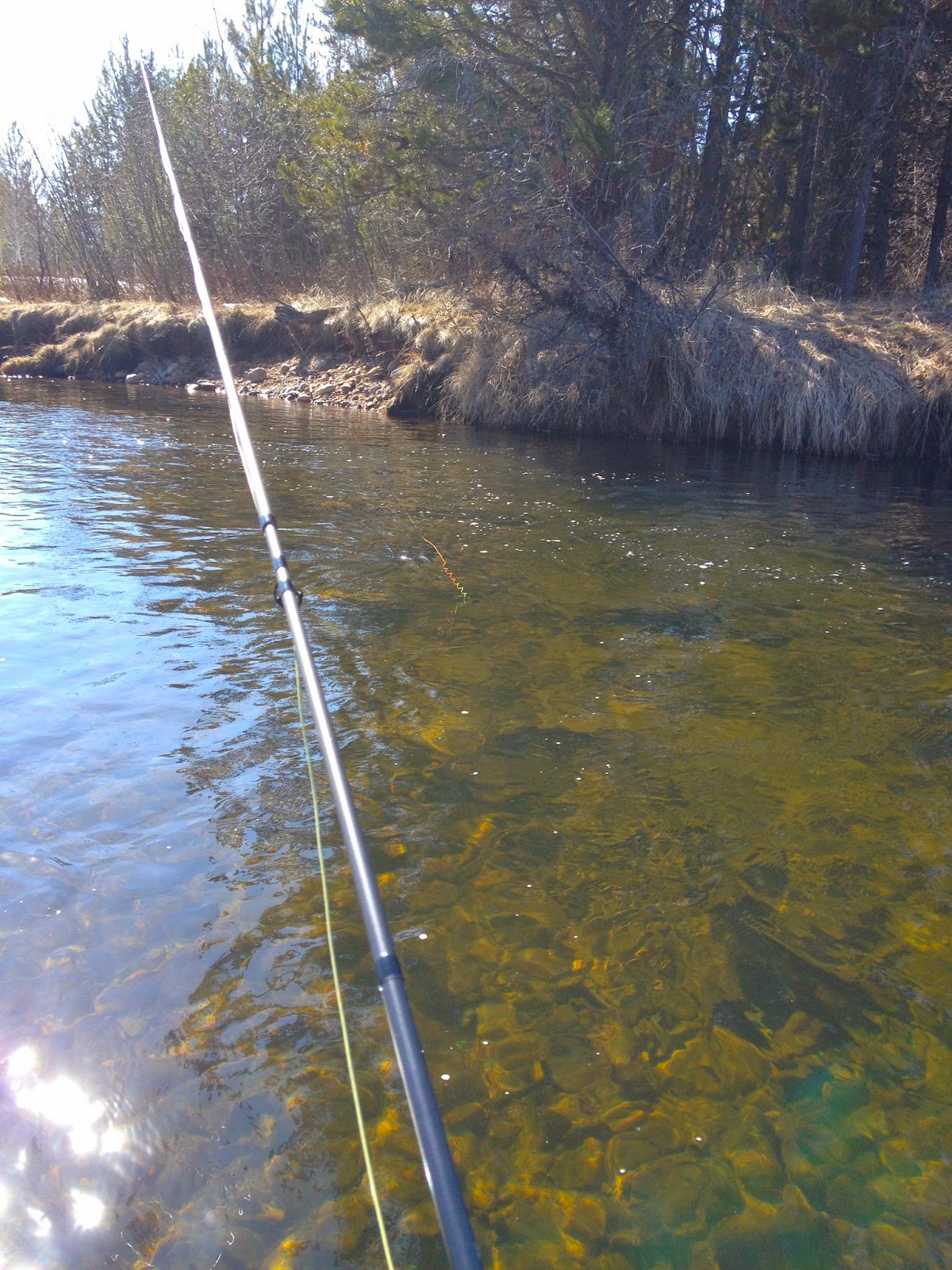 The undercut bank on the far end of the stream looked fishy.  Mike walked downstream to try out some riffles as I fished closer to the bridge.  Last summer we had seen fish rising here, so we had kept the stream in our minds for a later date.  I slapped my nymphs in the water, and the slinky stayed slightly taught, then it started to straighten.  I set the hook fast, and my Shadow 2 bent forward, bringing up a nice sized stick.  DAMN!  For a split second I thought I had a fish.
My phone rang, and it was my wife letting me know that they were waiting for me…  The time flew by so fast.  Mike and I gathered back up, and hopped in the vehicle to head to his place to gear down.  On the way, a dear had crossed right in front of us, and I snapped a quick picture. 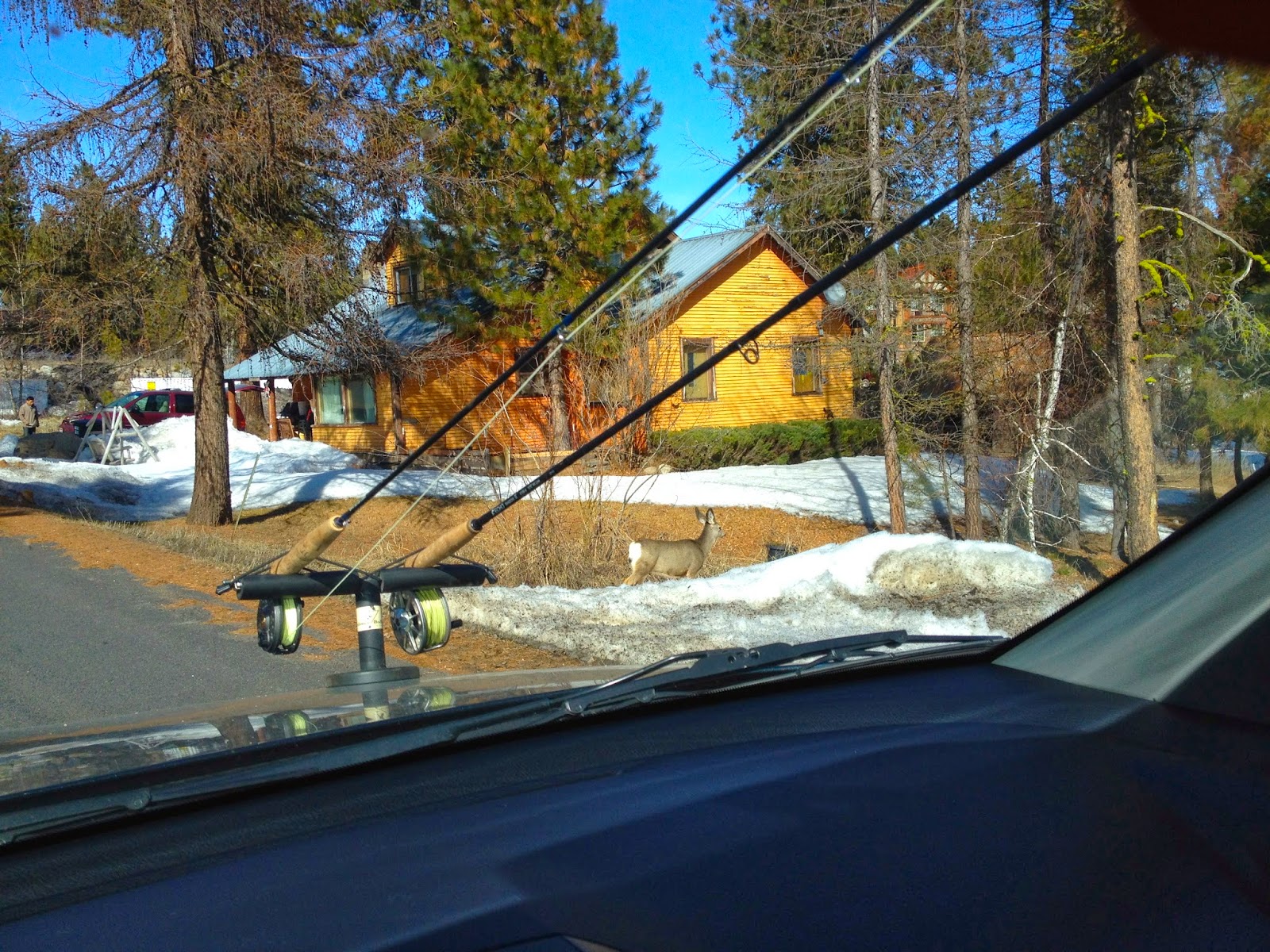 “Tell Gracy thank you for letting you go out fishing with me today.” Mike said, as I threw the last of my gear in the back of my Rav.
“Will do!” I said, and I took off back to the family. 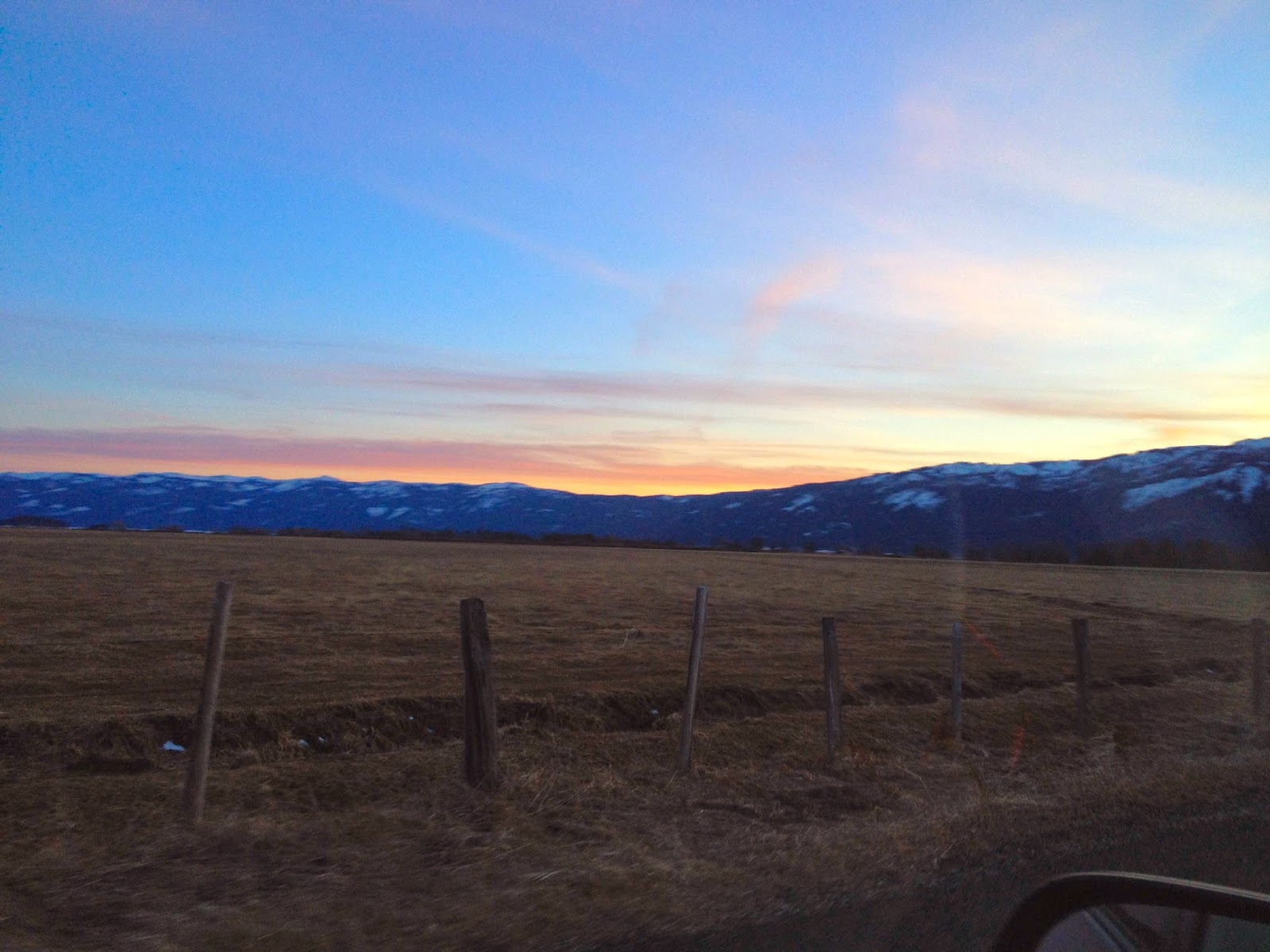 Fishing was a bust, but it beat falling on ice for a few hours.  The next morning we all went out to breakfast before heading back to Boise, and I found a nice frog family.  As I approached, they had first spotted me and were smiling, so I bought them.  I think they will bring a nice warmth to our home. 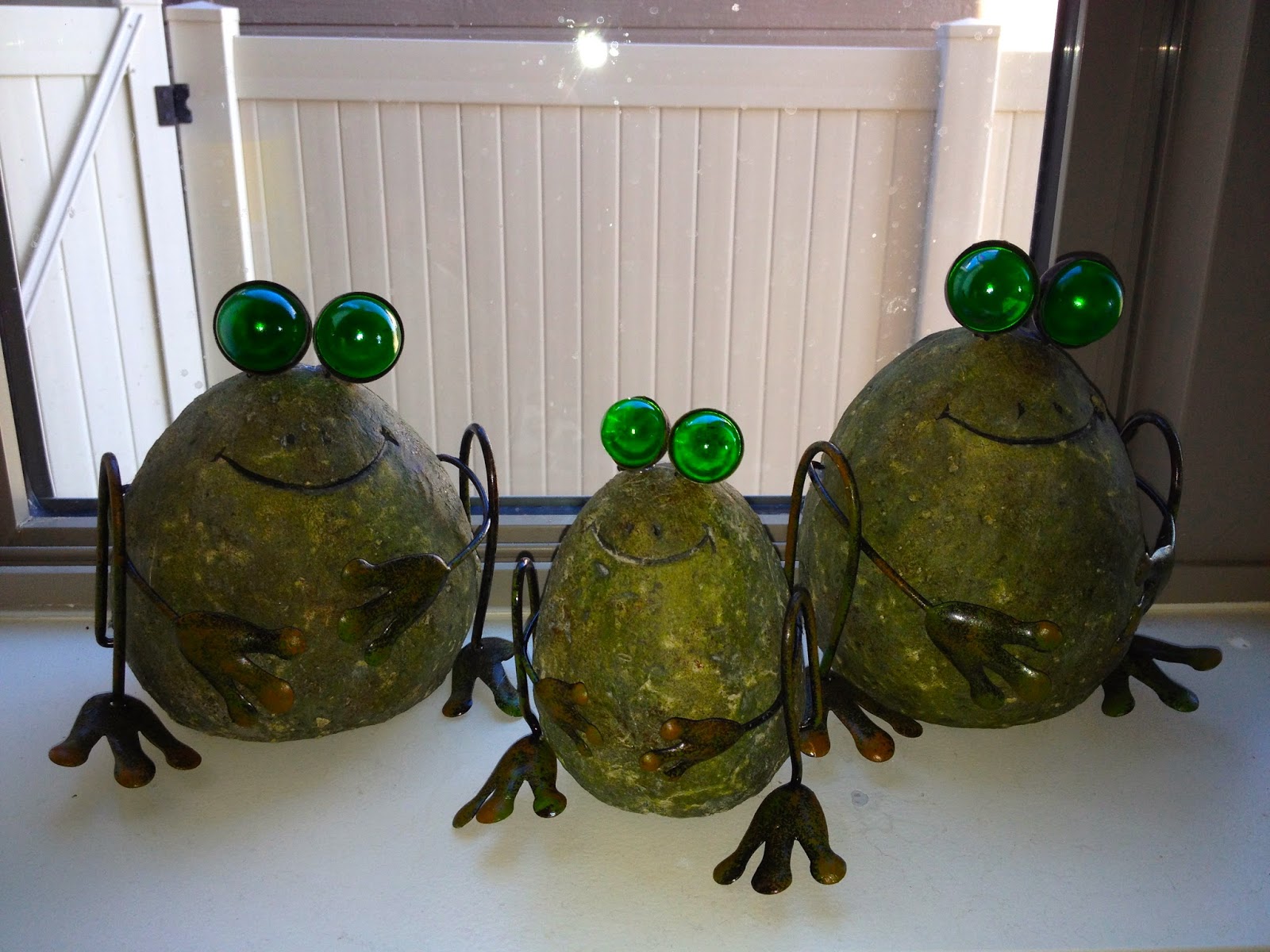 4 thoughts on “At a Moment’s Notice”