Skip to content
A card came in the mail for me the other day and, when I opened it, money fell out!  The card read: Keep on fishing! We love your stories (Fishing Gas Money).  -DAD-
“YEAH!” I yelled, and tucked the money away before my wife could see what I’d received.
The South Fork of the Boise was the destination, and after three years, I was finally able to go with my friend, Jason Shepherdson. Jason has been fly fishing the South Fork since before I was knew what fly fishing was, so I was eager to learn something new about the river. 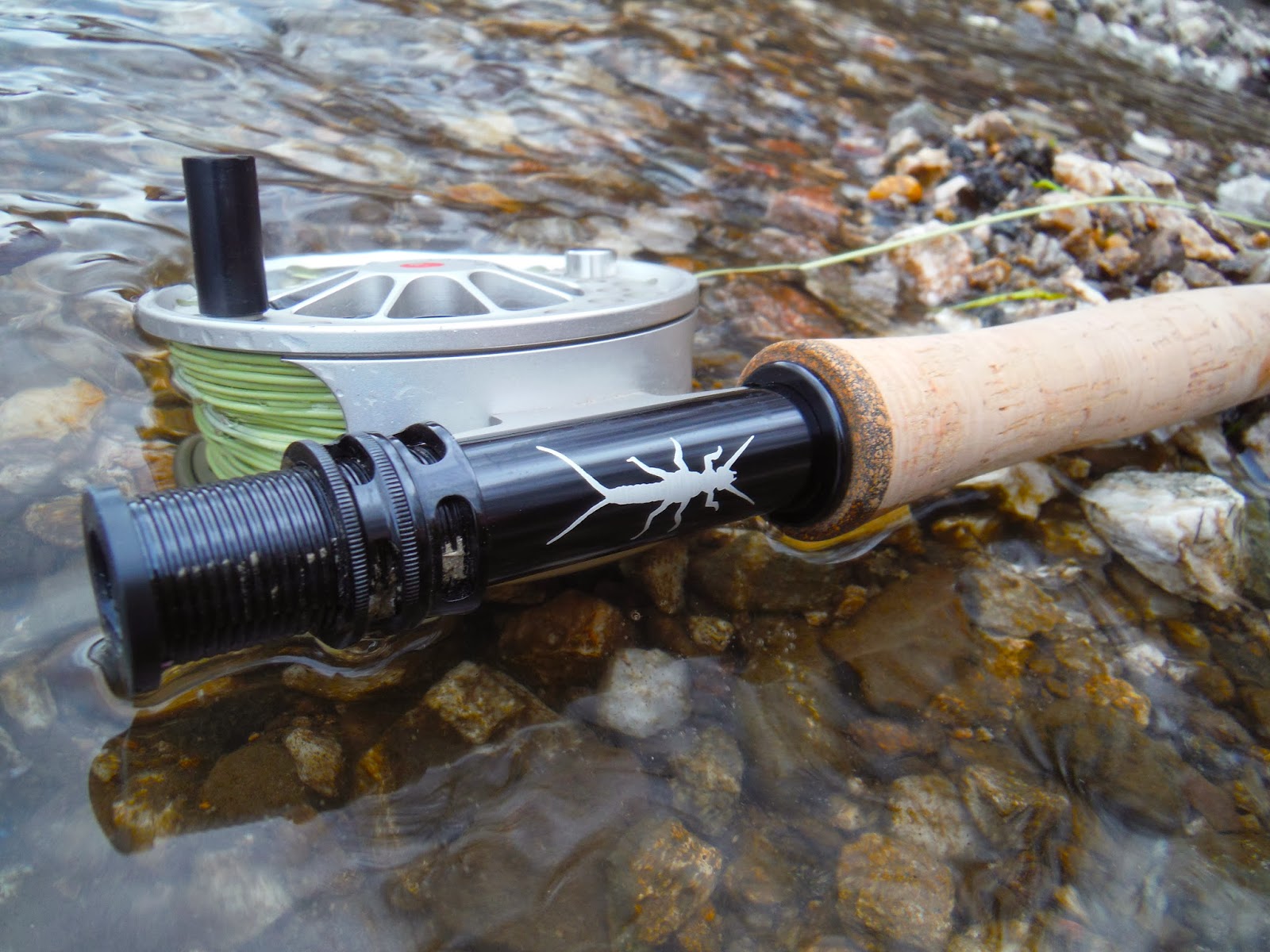 Jason is a big believer in stonefly nymphs, so we were sure to have plenty.  Before I stepped in the water, I was Euro-nymphing the small channels in between the big rocks and caught a few white fish.  I was already doing better in the first ten minutes of fishing than I had during the last two trips to the South Fork.  Jason had yet to catch a fish, but that all ended when he crossed the stream and set the hook on a wild rainbow. 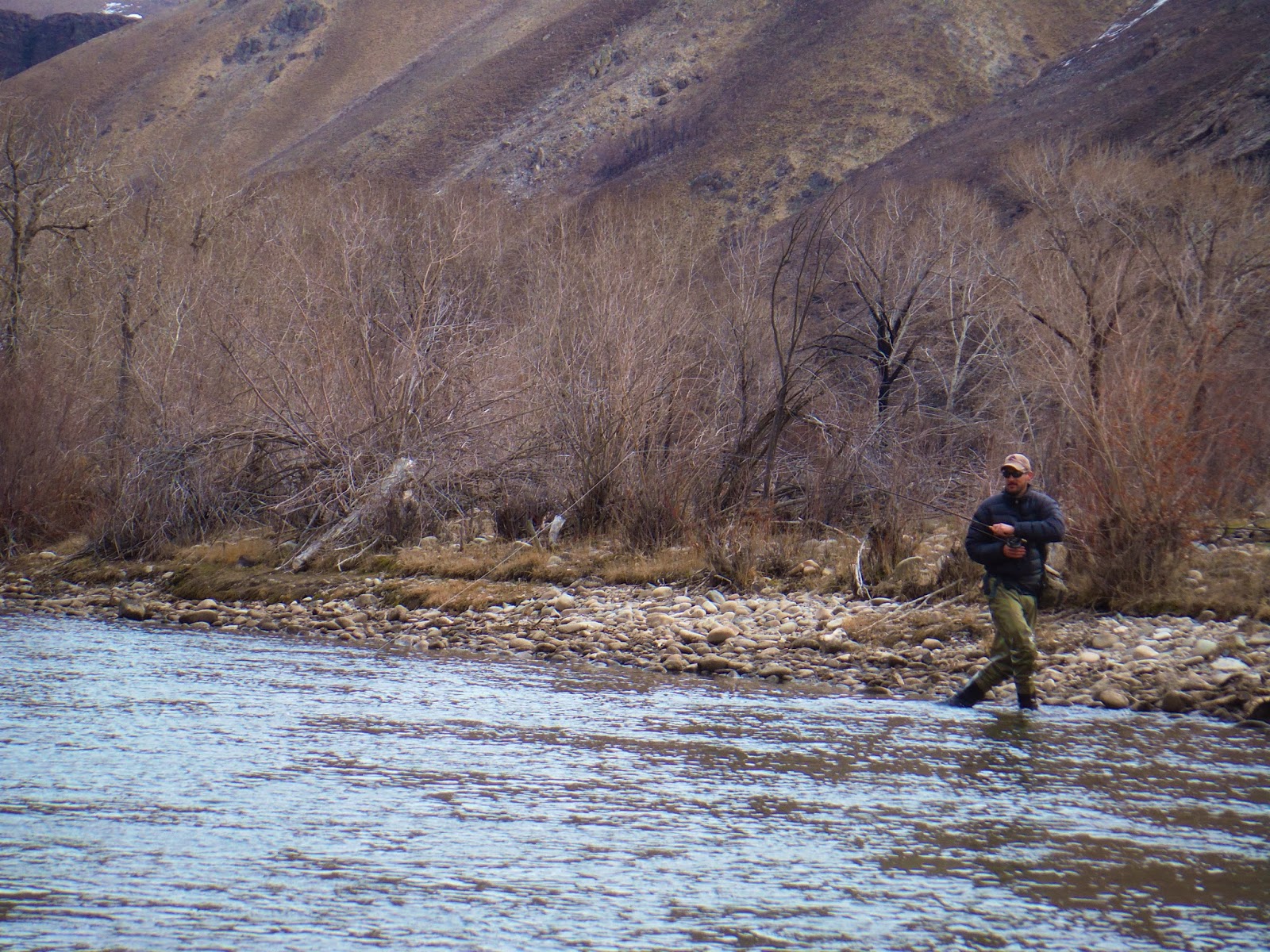 I watched from across the river as Jason ran to keep up with his fish.
“Get ’em, Jason, get ’em!” I yelled as I gathered all my line and started to cross the river.  Jason stayed silent as he fought his fish; I reached him right as he almost had the fish to shore. 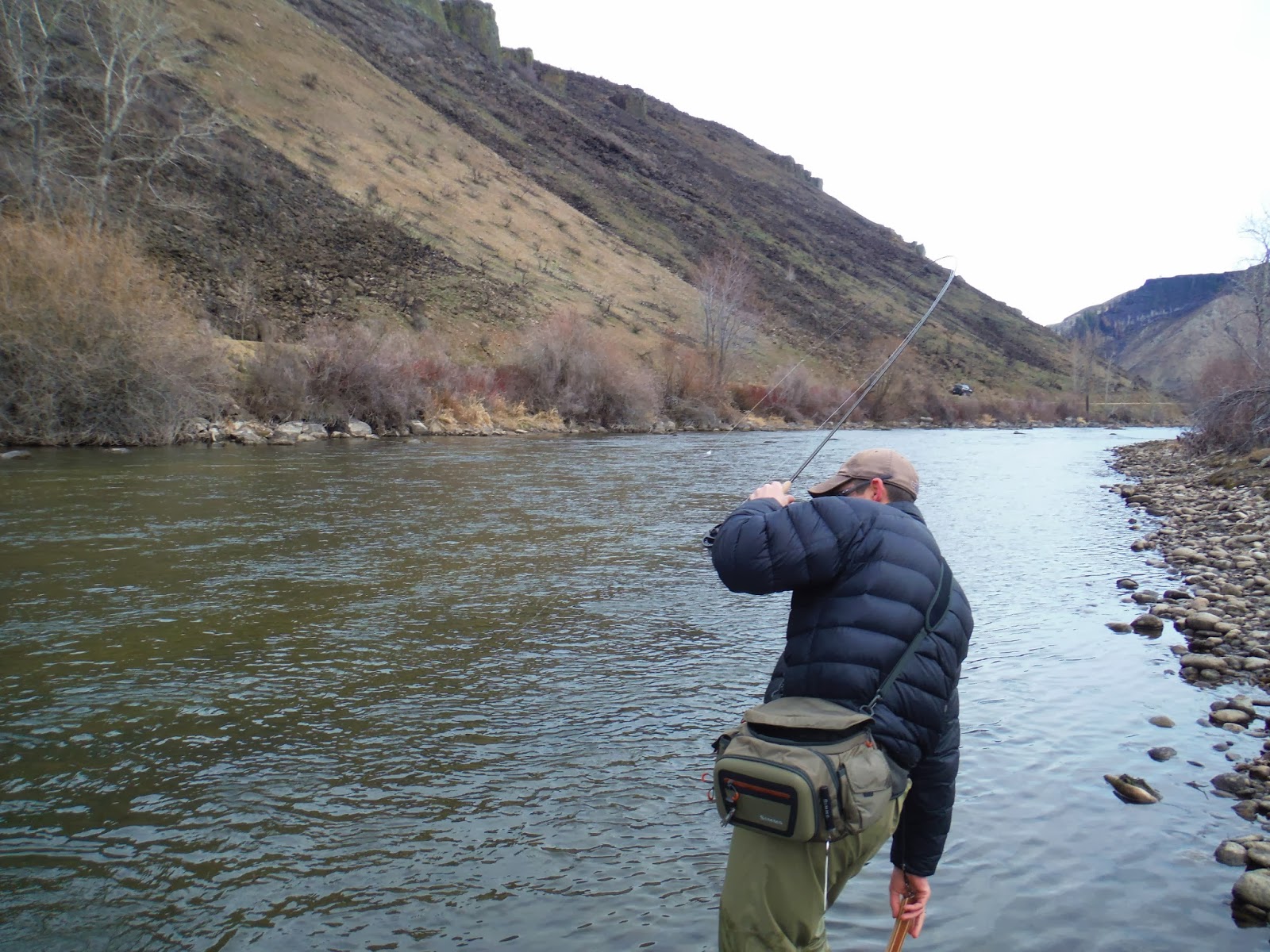 With a scoop of the net, the first rainbow of the day was landed.  I grabbed my camera for a picture and, as I snapped a shot, the fished flopped for a less-than-desirable photo.  It almost looks as if Jason is performing a balancing act with a stout rainbow trout. 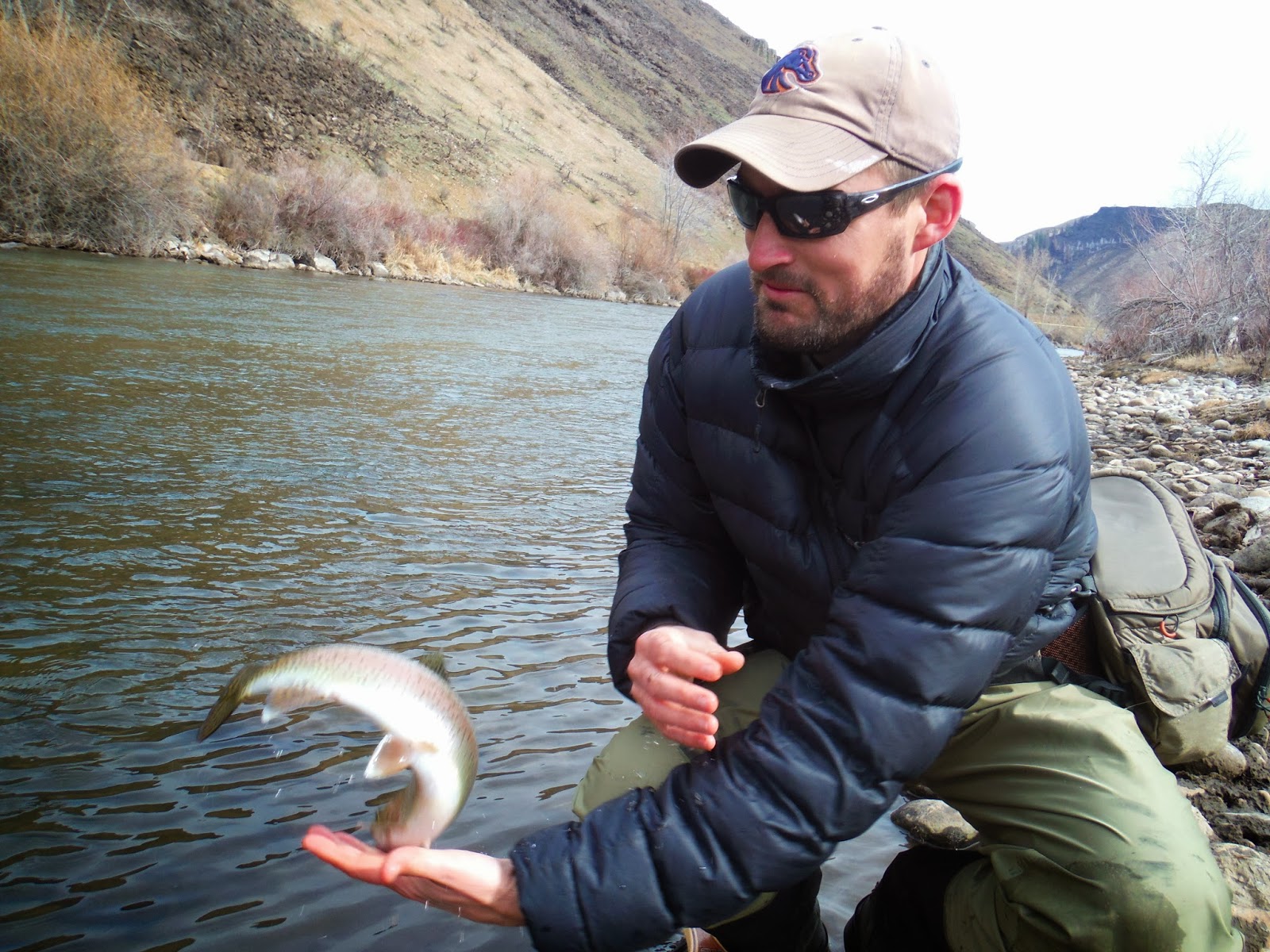 “Okay, you’re next.” Jason said as he pointed out to the water.  I didn’t waste any time getting into position, and flicked out my fly. My slinky was in full view as I led my flies.  The coils straightened and I quickly set the hook on a nice fat trout!
“Nice!” Jason said, as the trout thrashed, trying to escape.  This was how the first few hours of the day went: Jason and I took turns as we each brought in fish after fish.  Let’s just say smiles were plentiful on our stretch of the river! 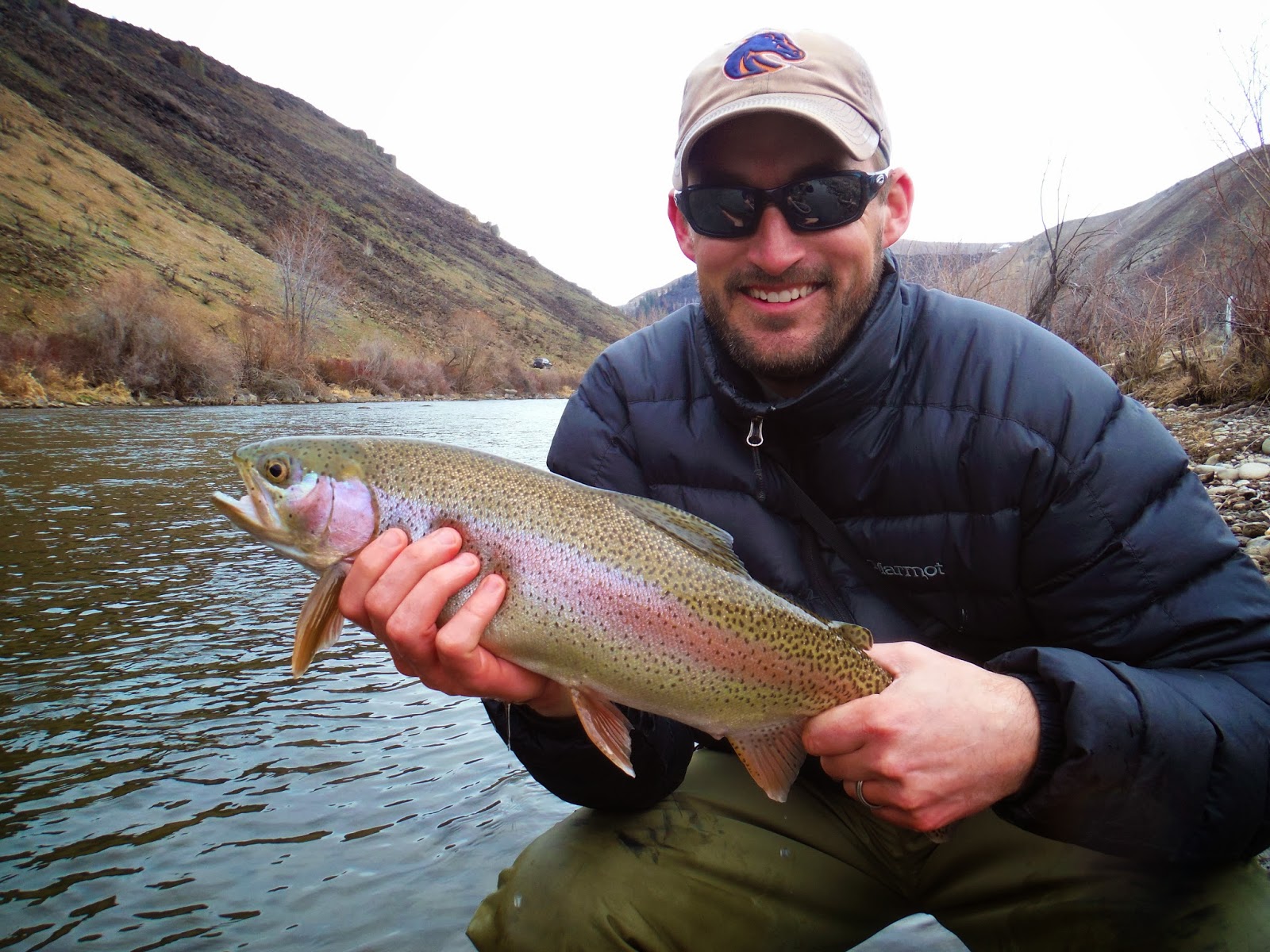 It was like we could do no wrong.  We had already caught bow after bow and, I must say, it was long over due.  Fishing the first stretch with Jason had already made up for the last two trips.  As I hooked into another fish, there was no jumping or thrashing on top of the water.
“It’s a white fish.” I yelled over to Jason.
“That’s a big white fish then.” He said, taking notice on how it was putting up a good fight.  My rod tip shot above my head as I brought the fish into my net.
“Look at the beak on this thing!” I yelled over to Jason, “It looks like Dumbo!” 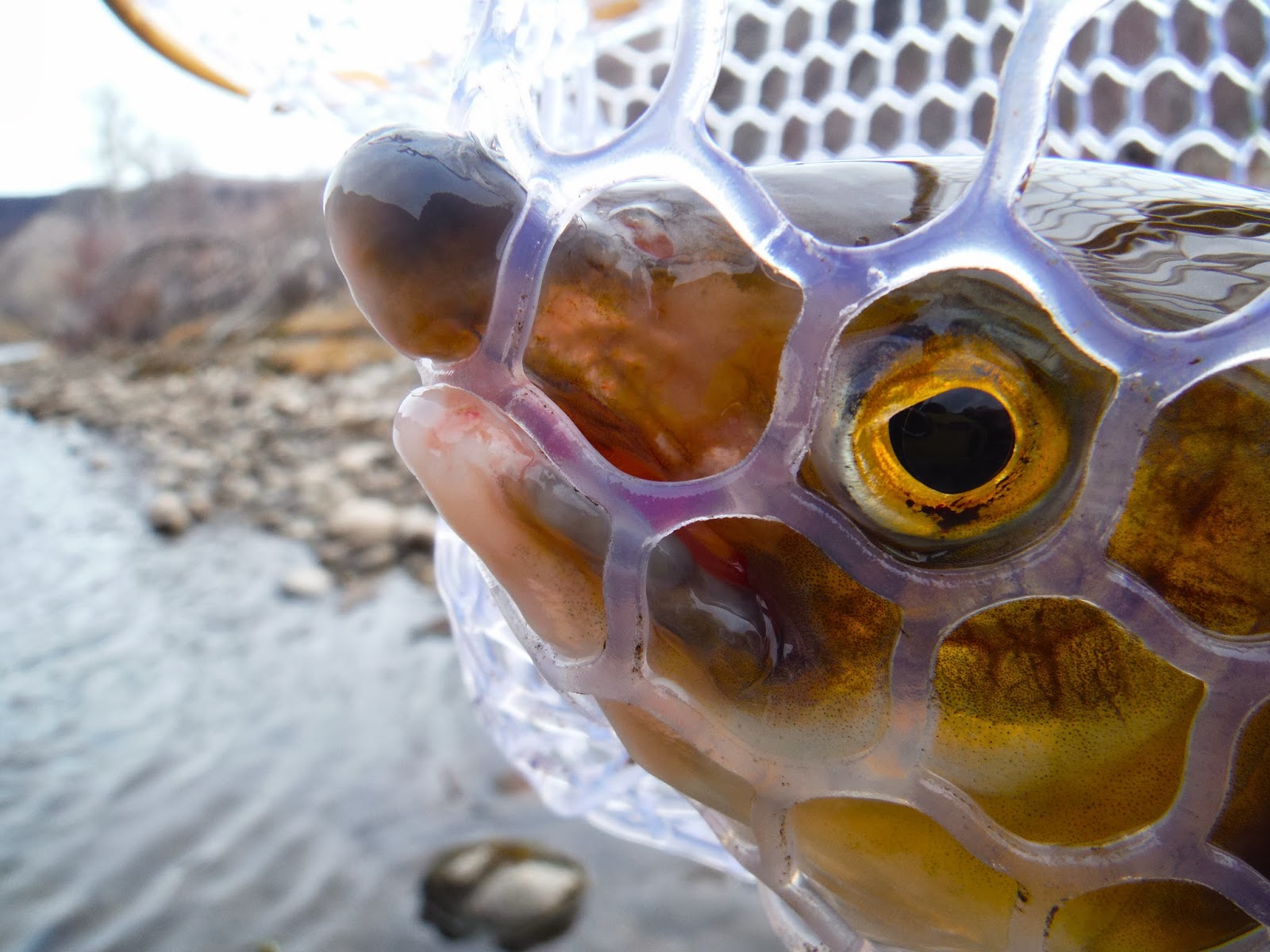 Jason laughed as I dipped the net into the water to release the fish, but when I did the fish would thrash, getting its snout stuck in the netting. 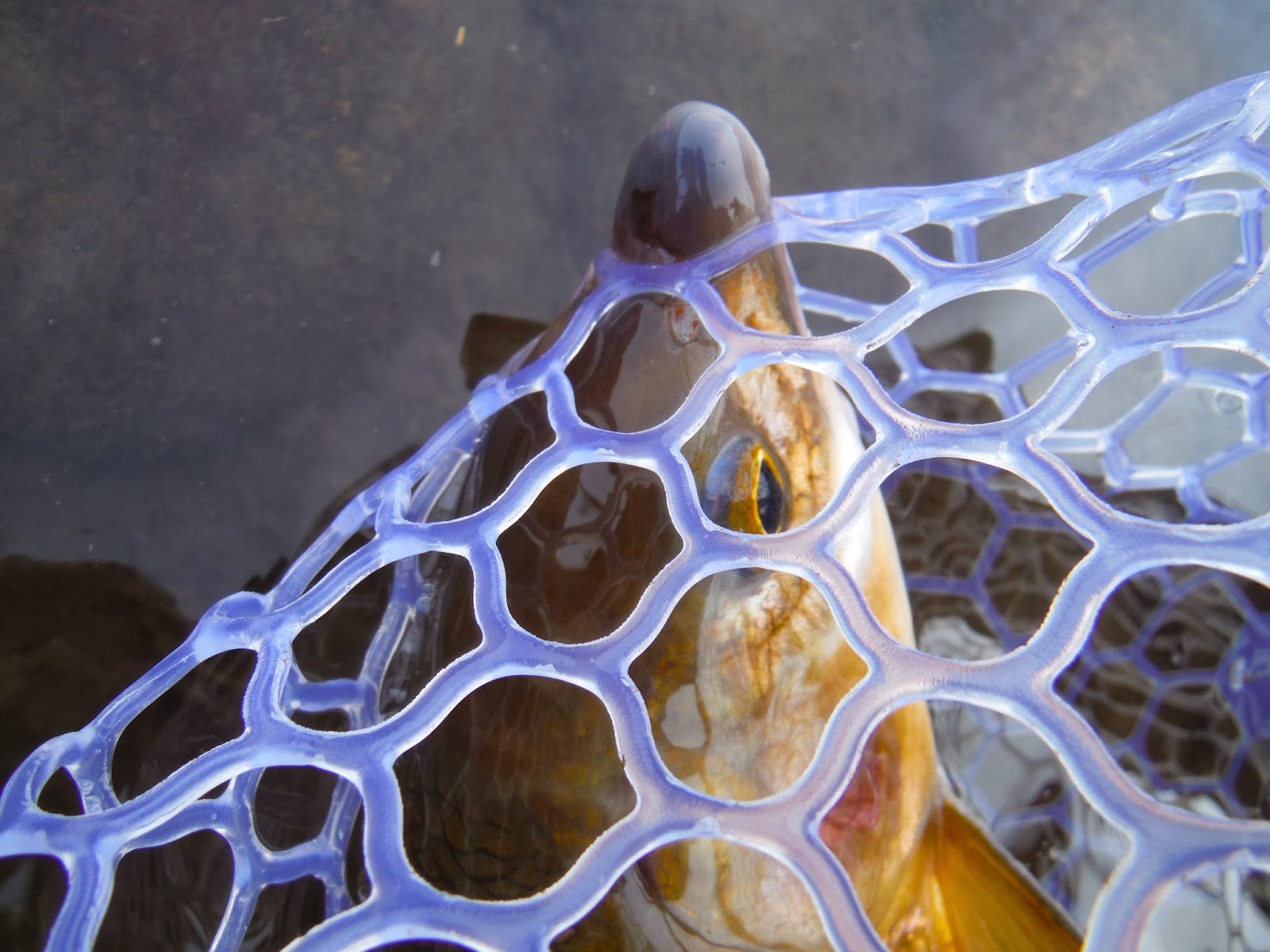 After a few attempts I simply flipped my net over, dumping out the fish.  SPLASH!  We both laughed at the situation, and moved on to the next spot.  As we arrived, Jason explained, by pointing with his rod tip, the best way to approach the water and how to fish this specific riffle.  Once again, he was right on the money! 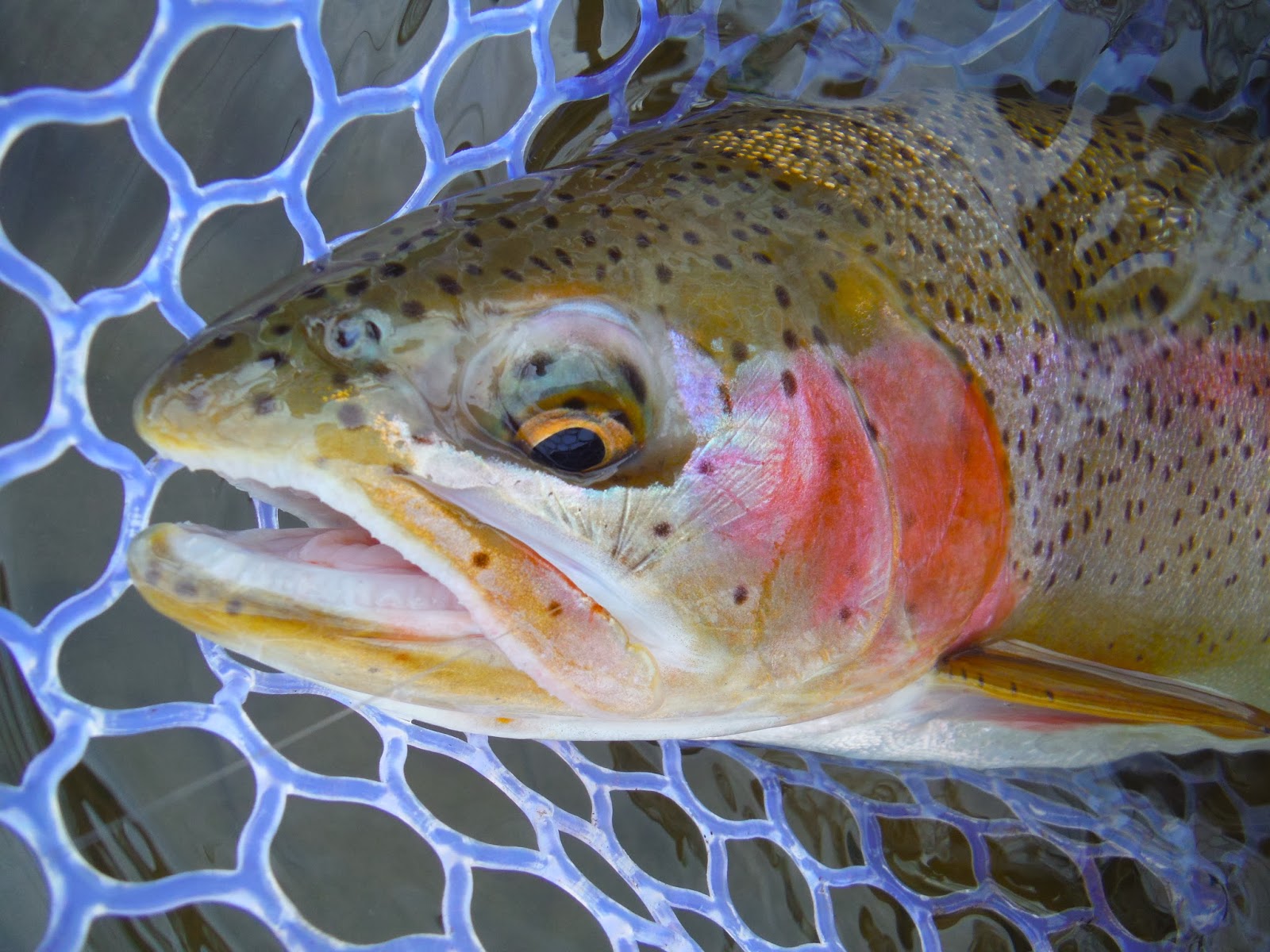 It was no surprise to see Jason’s rod doubled over with another lunker.
“Wow!  This is a nice fish!” He said as he brought it into his net.  From where I was it looked as if the fish was filling up most of the net, so I quickly snapped a picture. 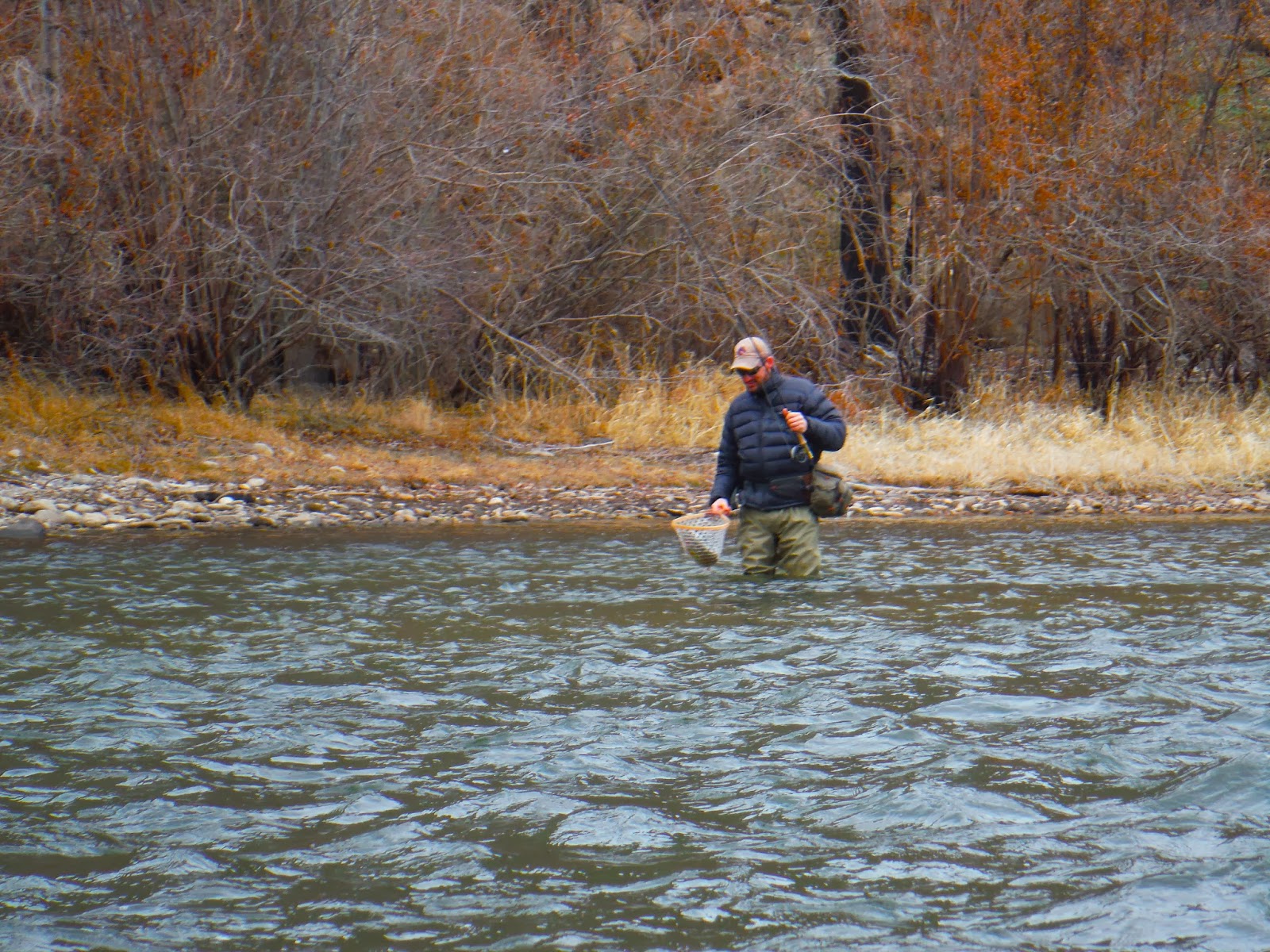 While walking upstream, some movement caught my eye.  An otter was perched up on a rock checking me out. 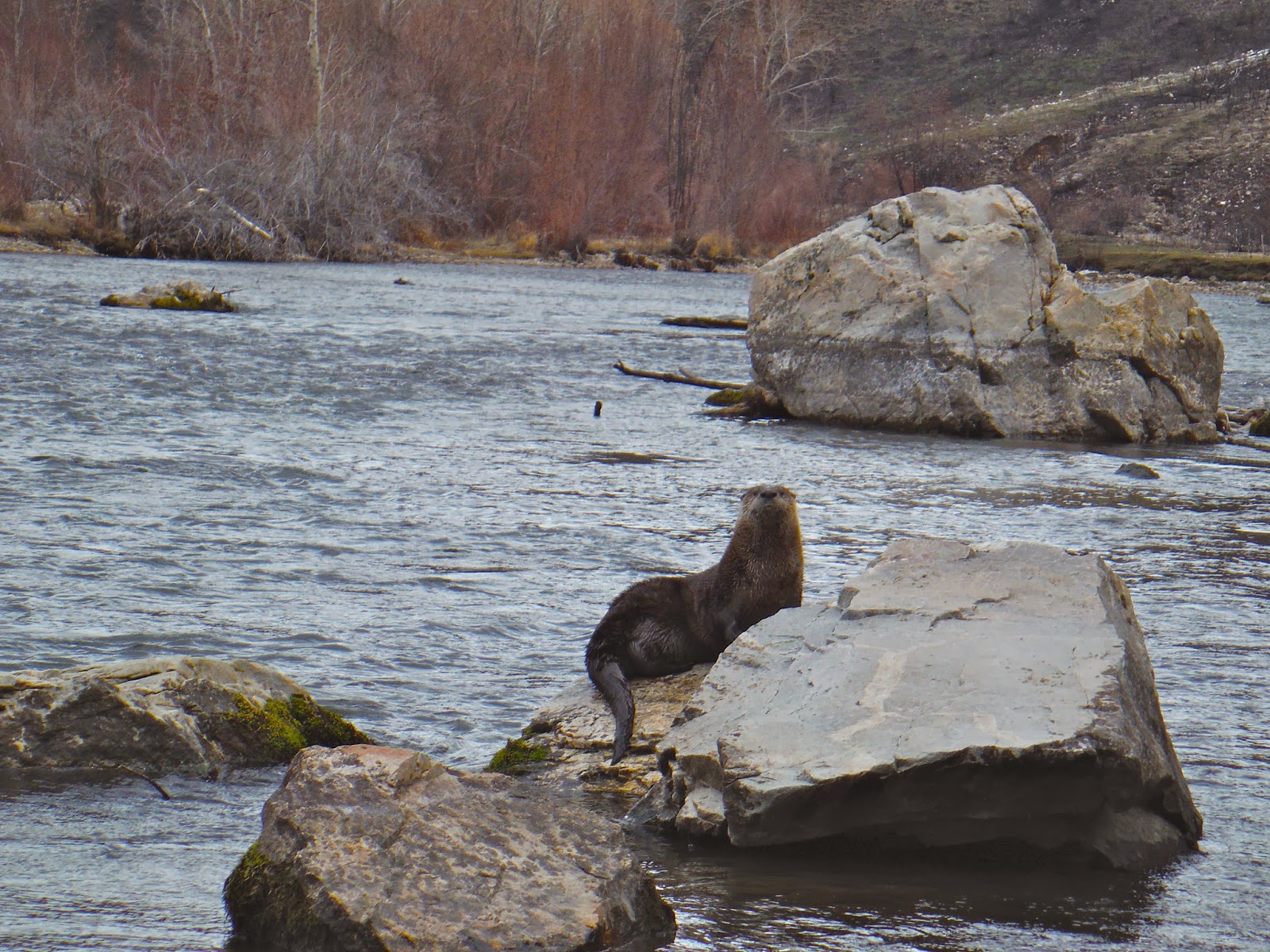 “Hey…” I said to the otter as it slipped behind the rock into the water.  It disappeared, then popped its head up as it drifted by me.
“You eye-balling me?” I said to it as it drifted on downstream, looking at me. 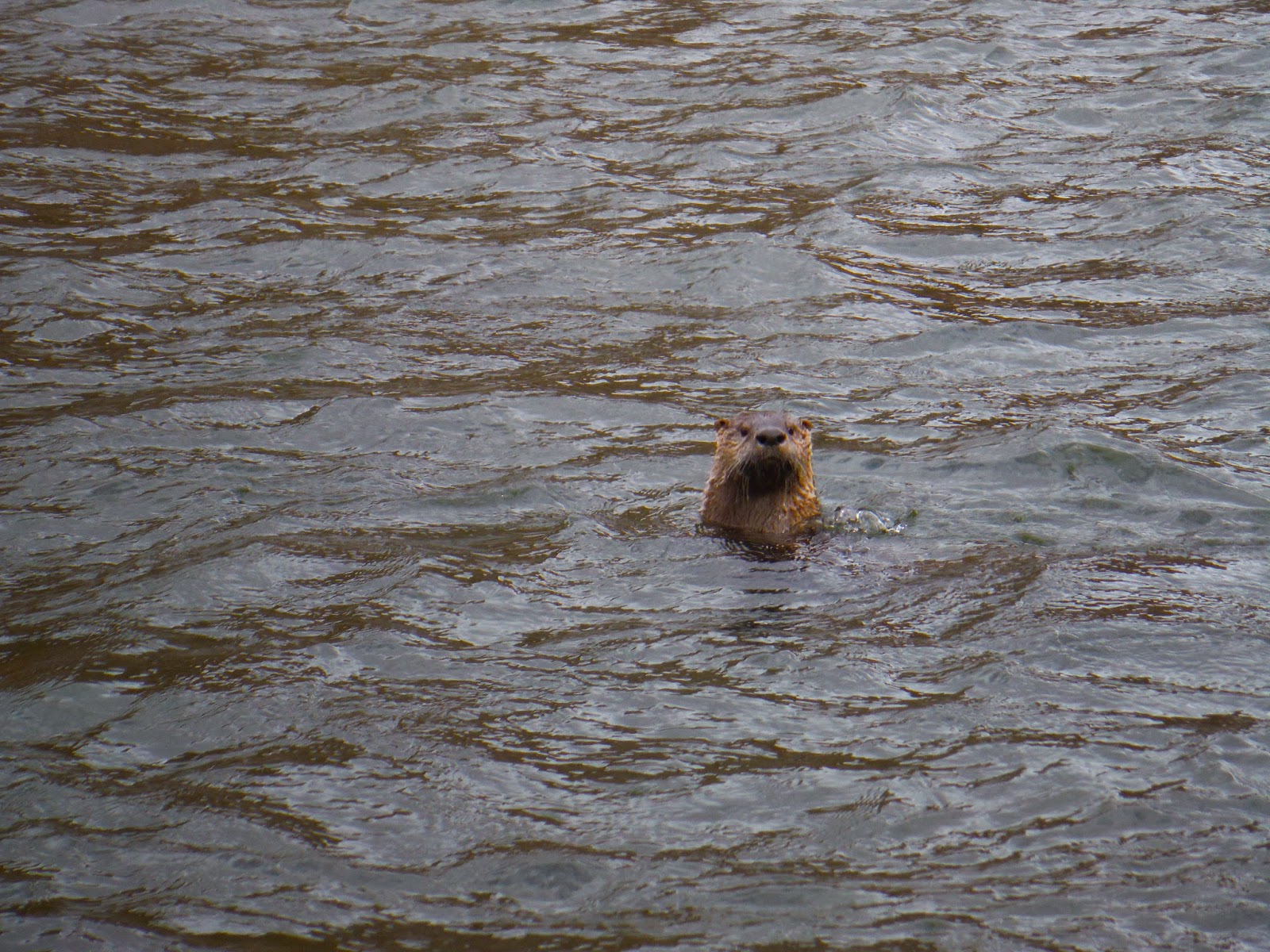 With the otter out of the way, I stood on the very rock where it was perched and went back to fishing.  The next fish was one I would call a South Fork fish.  They usually have an olive back and a sun fire yellow body with a red stripe that could stop traffic.  Dashes of orange line the throat while spots completely cover the body of the fish, including in its eyes.  In the short amount of time I have been fishing, I have yet to find another fish that has the same specific characteristics of this South Fork Fish.  I have even thought of showing a picture to by buddy, Jeff, so that he can paint it. 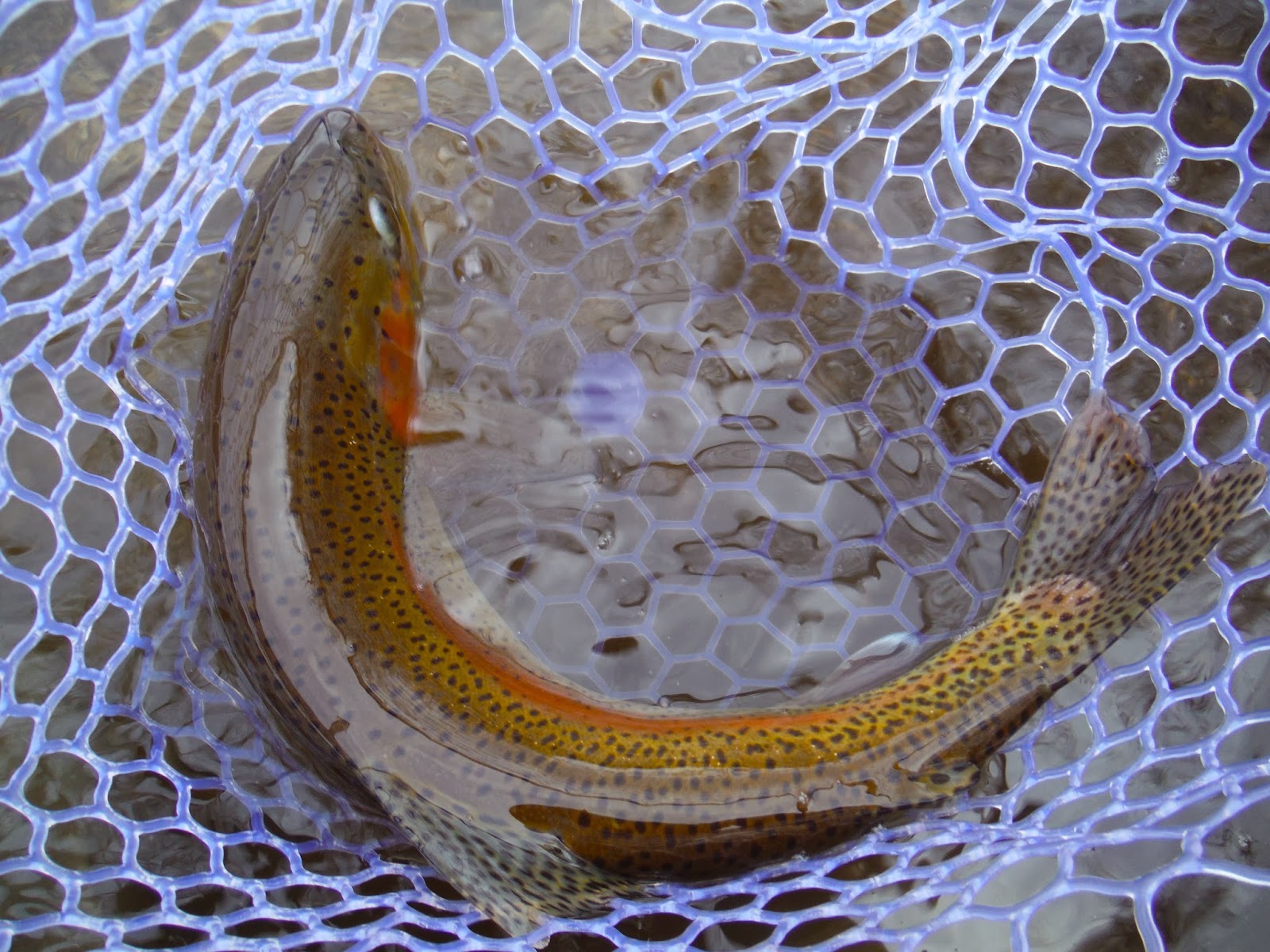 I met back up with Jason, and he pointed to an overhanging branch in the water.
“I saw a fish right behind there.” he said.  The limbs of the branch created a soft spot in the water that normal indicator fishing couldn’t reach without getting snagged.
“Well, let me see if I can lead my fly in there.” I said as I waded across a swift current.
“Whoa…” I said, as the current threatened to wash me downstream.
“Hold on.  I’m going to get downstream from you…” Jason said, adding, “Just in case.”
I smiled over at him, fully knowing that me falling in and getting swept away, was his “just in case”.
“It’s always in these situations when I feel I should have a wading staff.” I say, as I stepped further in where the water is at its strongest. I quickly got behind a big rock that offered a nice break in the current, gathered my flies, and made a sharp cast.  As my flies drifted down, I reached out with the ten and a half foot Shadow 2, leading my flies behind the downed branched.  I watched my slinky, and it sprain to life! The little bit of line out of the rod tip tore off the water as I set the hook.
“You got it!” Jason yelled with excitement. The fish thrashed as I brought it in towards me as fast as possible.  I had to get it in the break water if I wanted a chance of landing it.  Sure enough, the fish cooperated, and I quickly got it to the net.  Jason was nice enough to snap a picture. 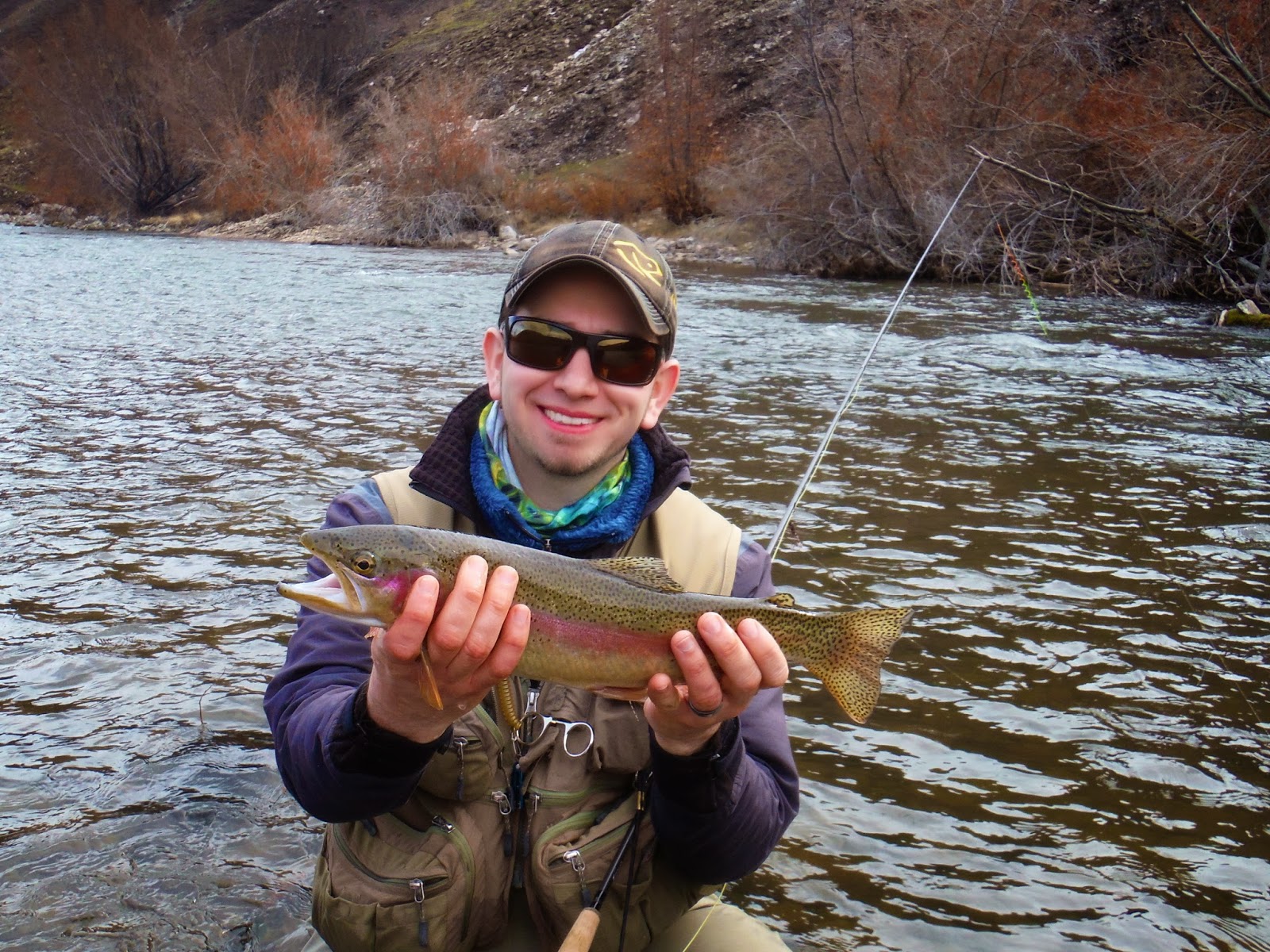 Every once in a while the South Fork treats you like you are God’s gift to fly fishing, and if it happens to be your day, take full advantage, because you never know when it’s going to happen again.  We left the South Fork with the feeling the day could not have been any better, and I am anxiously waiting my next trip over. 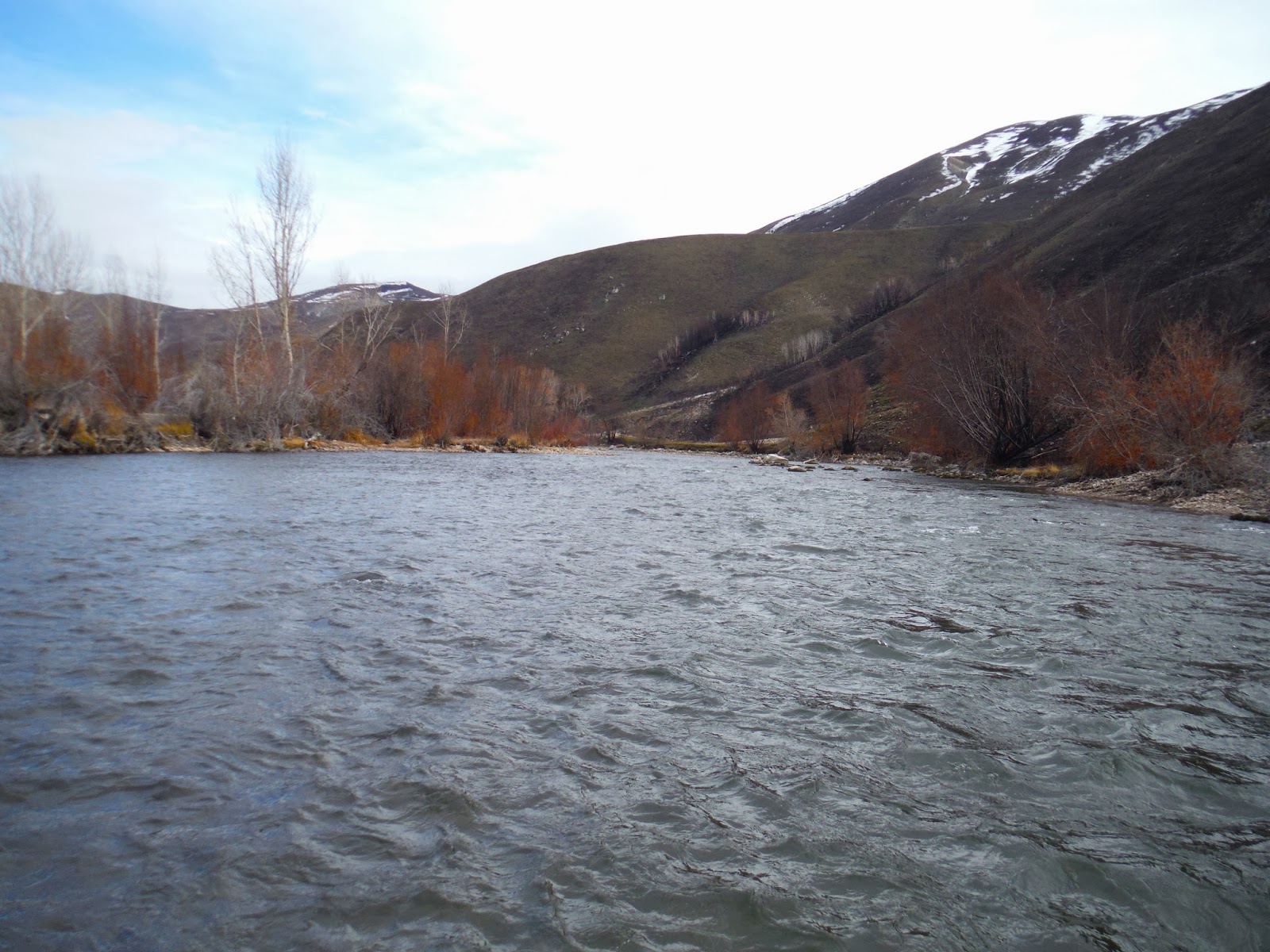