Skip to content
There are those days when you are on the river and you feel you can do no wrong.  The fish rise all around you and they take the fly presented to them without hesitation.  Days like this can make you feel like you are God’s gift to fly fishing… but today was not that kind of day. 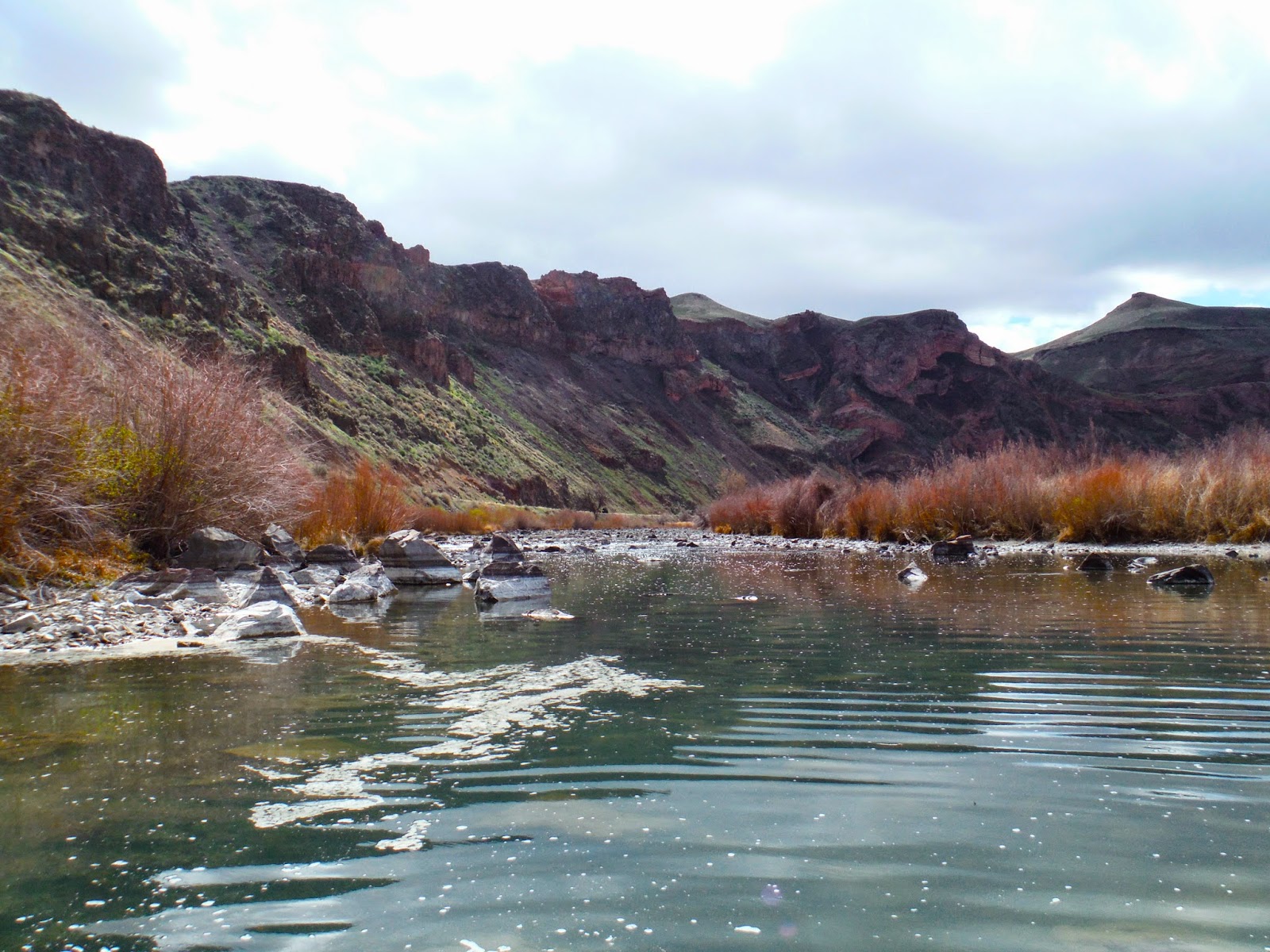 Nick Watson chose me to be in his short fly fishing documentary for his Intro To Video class project, and today was the day we were to film.  I chose the Owyhee River, as I figured it would be the likely place to capture footage of a fish being caught.  As I wandered up, both Nick and my buddy, Shadow, gathered the video equipment. 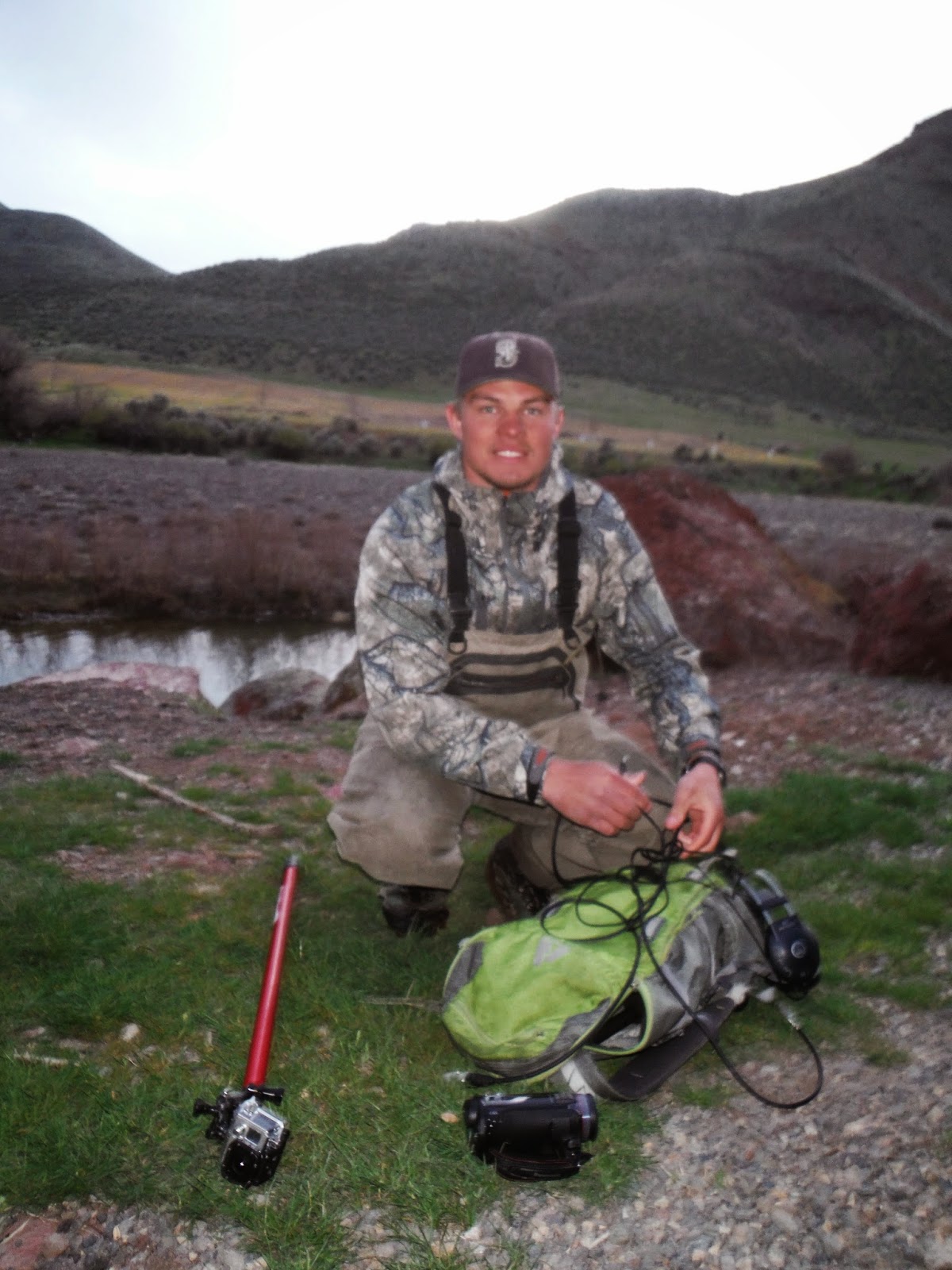 The fish were rising all over, and I stood looking down at the fish pointing out the ones I would catch first.  With all the confidence in the world, I strolled down to the water and got into position to cast.  Both Shadow and Nick had the cameras rolling as I casted to the fish and was refused time and time again. 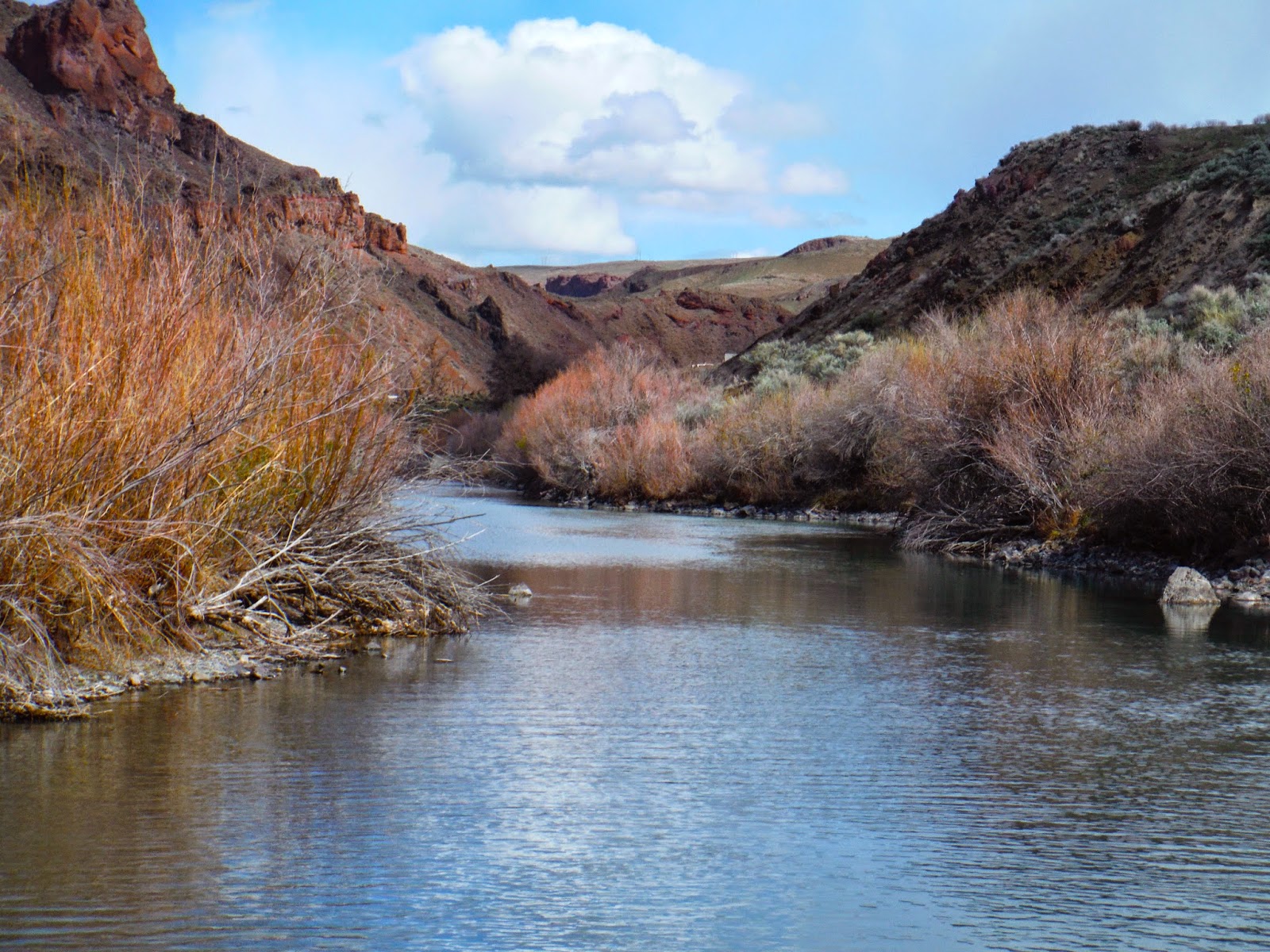 Time was flying by, and I could hear Nick at the top of the hill, worrying about his battery life.  Shadow, on the other hand, was paying very close attention to me…
“There are fish rising all around you!”  He called down to me, as if I hadn’t noticed; but he didn’t stop there.
“I was hoping you would have caught a fish by now.” He said, as I had yet another refusal.
“Do you think the hatch changed?” He suggested, after a fish didn’t even bother to look at my fly as it passed over top.  I saw another fish feeding and I moved, ever so stealthy, upstream.  I even crouched down to sneak up a little closer to the fish.  I presented my fly, and could see the fish as it moved over to check out the fly.  Its mouth opened and took in my fly.  I gingerly set the hook, and the fly slipped right out of the fish’s mouth.
Shadow didn’t miss a beat, saying, “Erik… Erik, I don’t think you’re my hero anymore.” 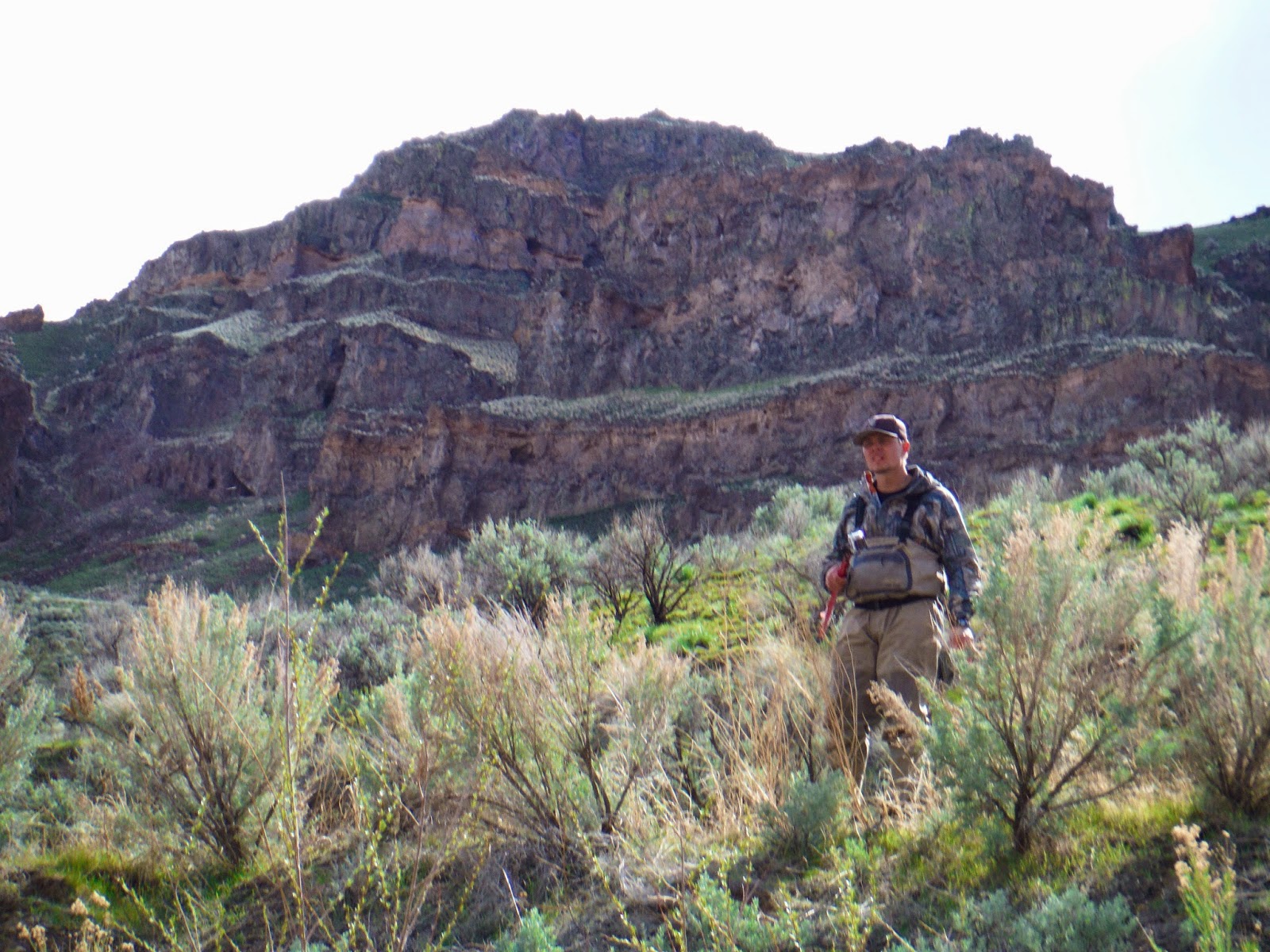 We found a new spot, and with it came new found confidence.  The guys, once again, stood up on the roadside ready for action.  This time we found a fish feeding like crazy, and I quickly moved into position.  BWO-RS2, suspended midge, conparadun, cripple BWO, Skwalla, and more; nothing was working, and the fish kept feeding.
“THAT’S IT!” I yelled, and clipped off my up-wing BWO.  I pulled out my terrestrial box and opened it.  There, glistening in the sun like an emerald stone, sat the Pico Spider, waiting ever so patiently.   I quickly tied it on, and as I synched the knot I whispered to it, “C-mon baby!”  The Pico hit the water, playing it’s part as a helpless terrestrial perfectly.  Without any hesitation or second thought, the fish darted up, and ate it!
“The Pico Spider strikes again!” I yelled, as the thrashing of a nice brown trout erupted on the water.  Nick slid down the embankment, faster than a Ninja Turtle, to capture the excitement! 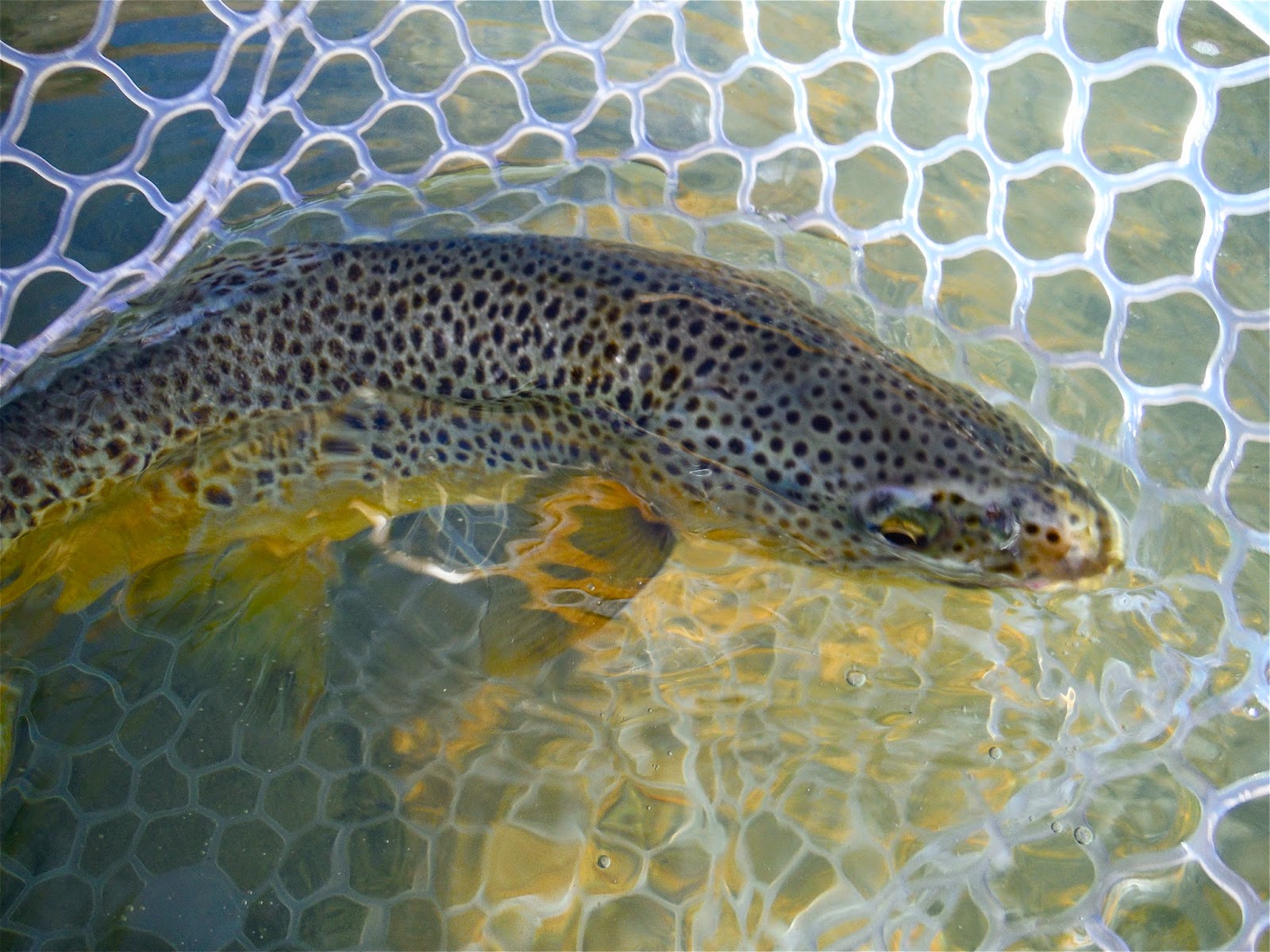 A weight was lifted from me after I caught a fish for the camera.  Shadow geared up and started to fish while Nick kept his place: behind the camera.  Nick found a fish leisurely swimming around, and snuck up on it with a GoPro. 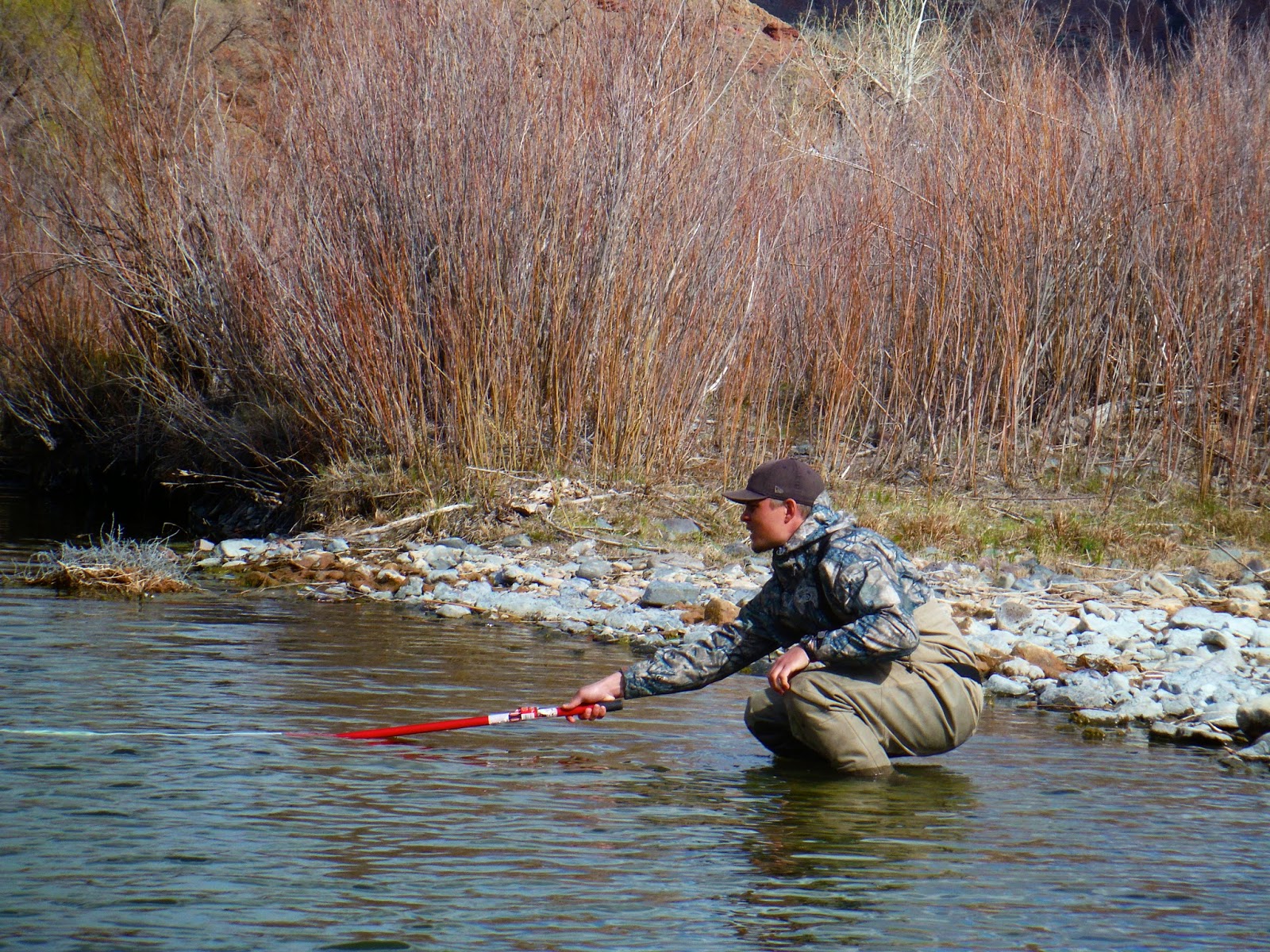 Just as I climbed up the road to head to a new spot, both Nick and I heard a huge splash.  It was Shadow; while looking for fish and wading through the water, he tripped over a rock that took him down, proving once again that he should not do two things at once.   Once we arrived to our new spot, Shadow hung up his waders to dry. Soaked, he went back to holding the camera.  Nick followed me to the river, and with the Pico Spider I had a fish on in no time. 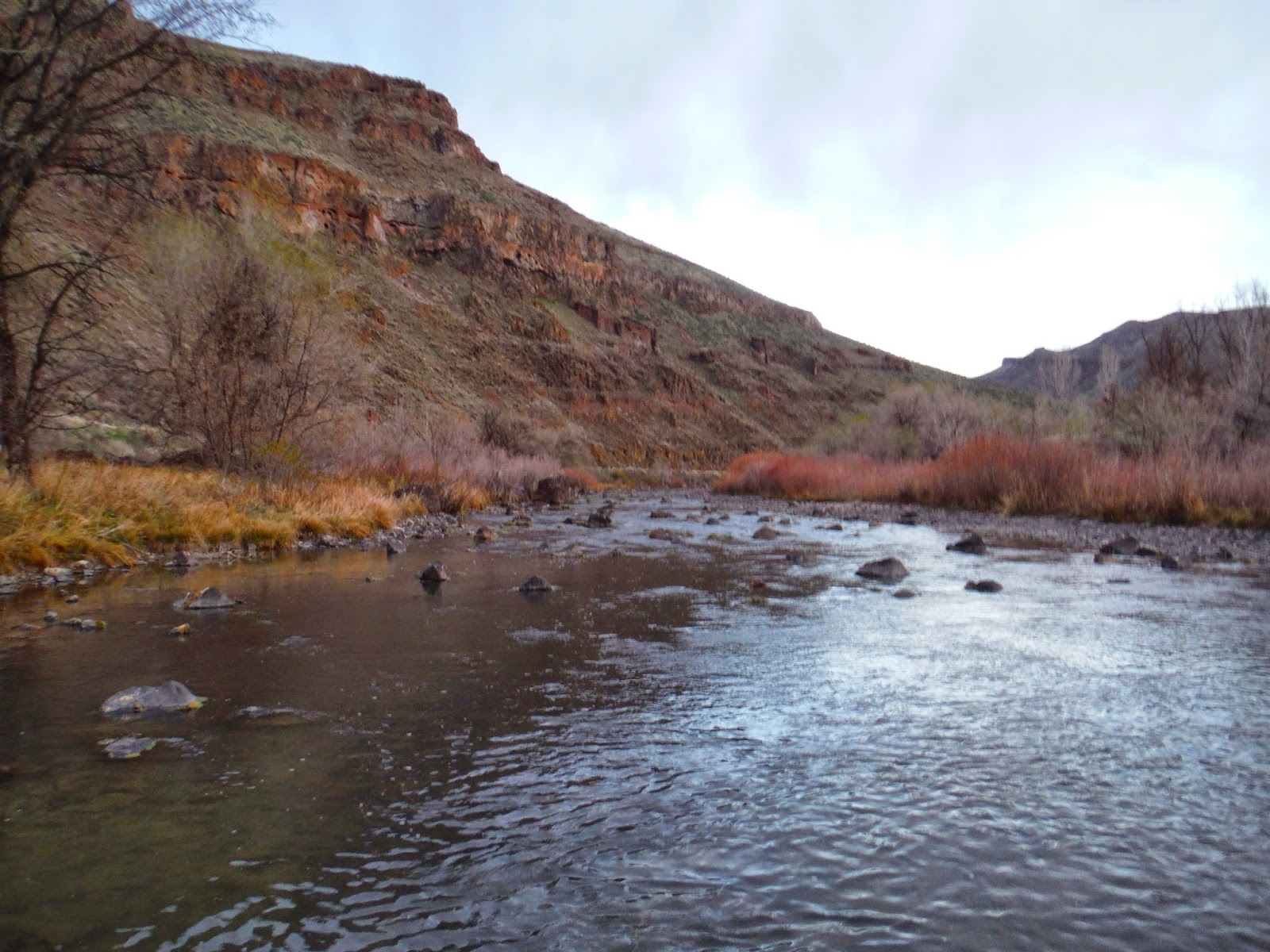 Boom! Boom! Boom!  Fish, fish, fish was how it was working out, and we couldn’t have been happier with the results.  After a few more fish, Shadow came marching down to the river.
“It takes a real man to get back into his waders after they have been soaked!” Shadow said boldly, as he stepped back into the water, fully geared up again. 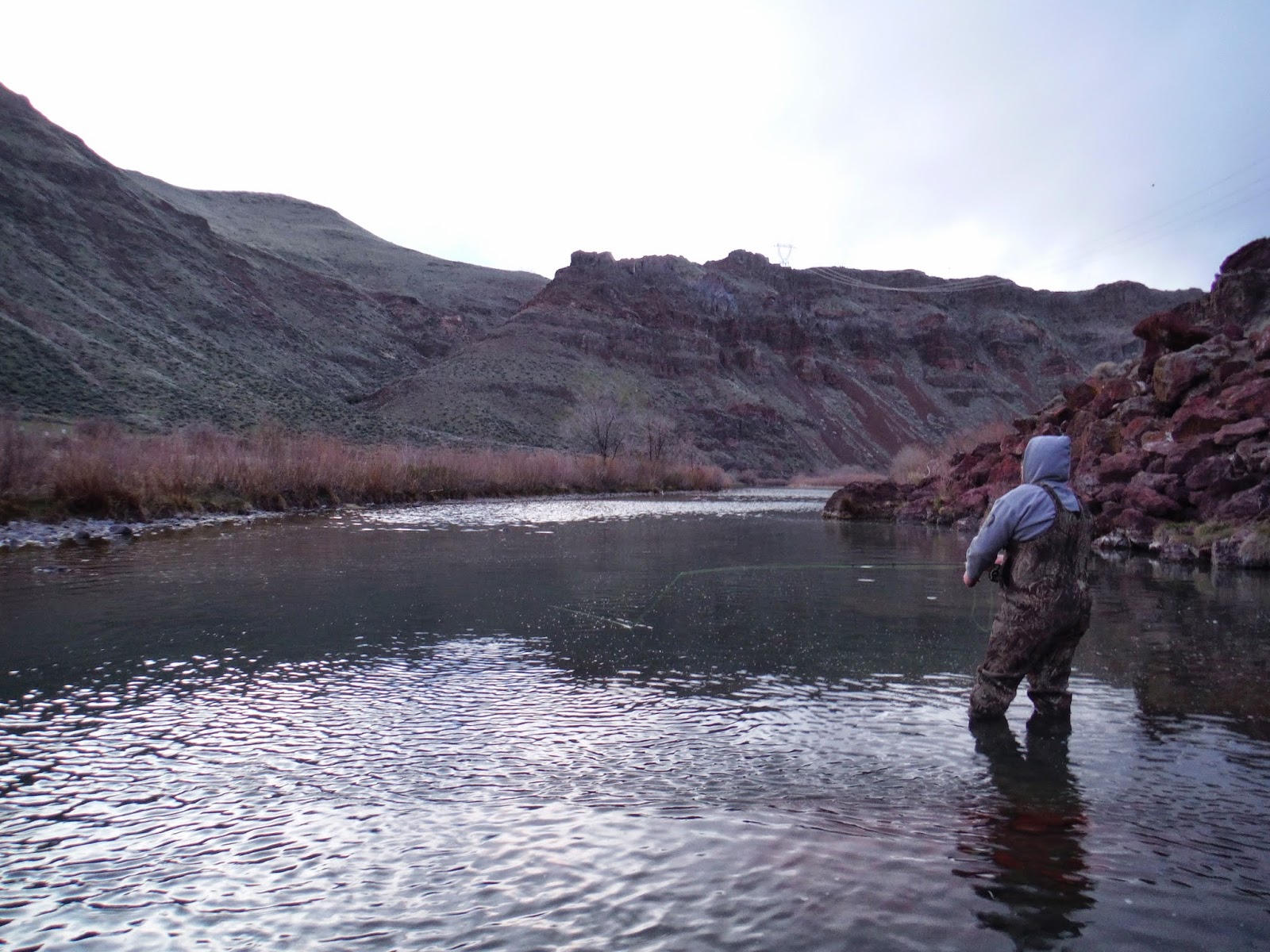 After that last run of fish, things started to slow down, and Shadow was not getting any love from the fish.  The once beautiful day was turning cold quickly, so Nick and I headed back up to gear down.  Nick had used all of his battery life in his video cameras and was happy with the results.  From where we stood, we could see that a few fish were still rising, taunting Shadow to stay out for as long as he could see his fly before heading in. 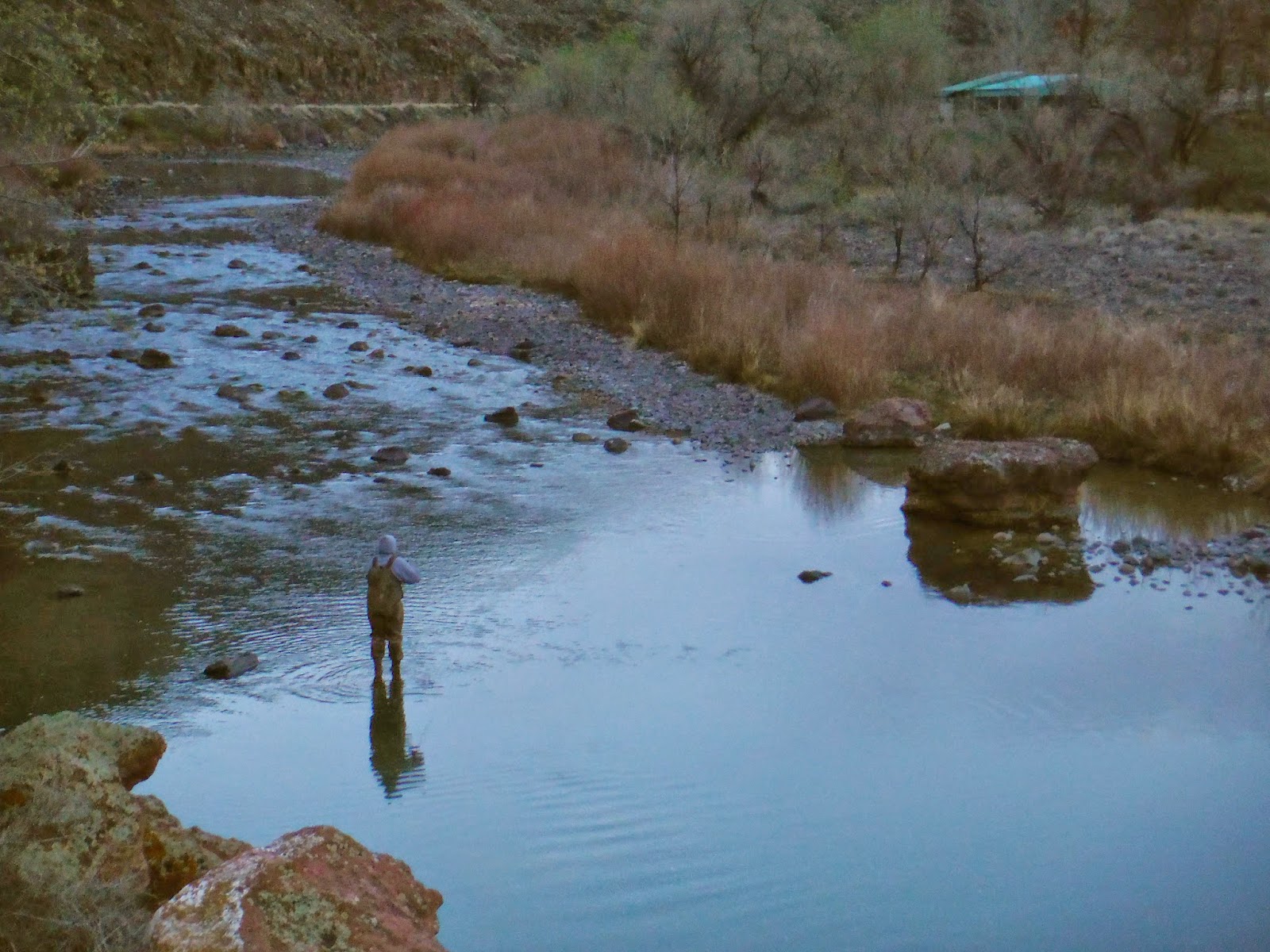 We all got into the vehicle, and the smell of a wet farm animal fill the inside of my Rav so much that it could gag a mule.
“Is it me, or does it smell like a wet Shadow in the car?” I said, looking over to Nick who was laughing at the comment. 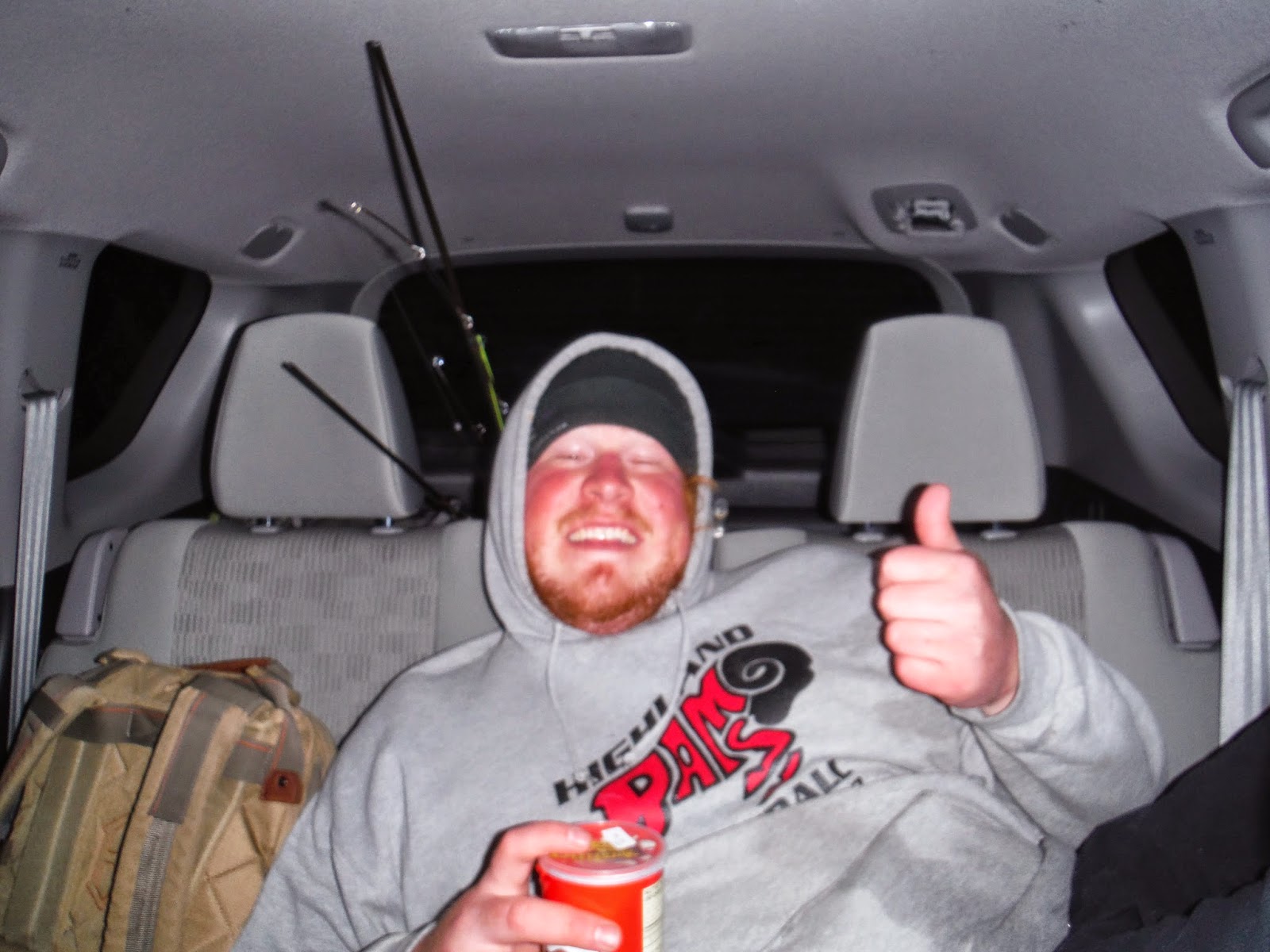 “Don’t worry boys!” Shadow said, “I’m sure it’s just my wet feet you smell.” He readjusted himself and rolled down the window to stick his feet out.
“They just need to dry off a bit.” He said, hanging his feet out to air-dry as I drove. 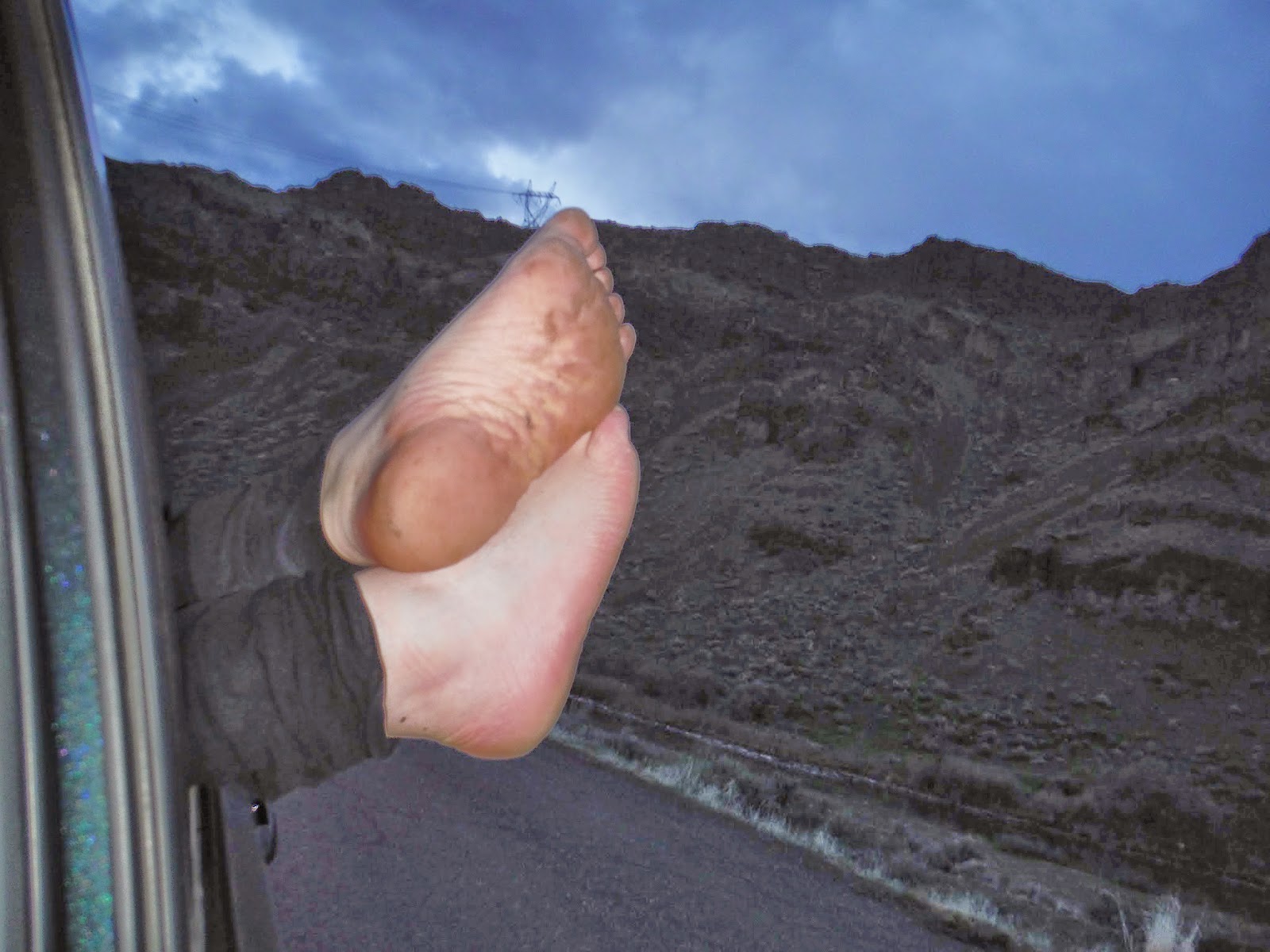 The open window was making things cold, and I didn’t dare turn on the heat with the musky smell.  Further out of the canyon, Shadow pulled in his feet, and the smell had subdued.  Even thought it was cold, I did leave one of the back windows cracked to waft out some of the smell.  No one needed to die tonight.

5 thoughts on “Curse of the Camera”