Skip to content
Joe Kozfkay (Ka-Zef-ka), from Idaho Fish and Game was out near Sawyer’s Pond last week spraying for weeds, and noticed loads of bass cruising the bank!  That was all I needed to hear to get fired up about evening fishing on the pond.  Joe and I met up after work and headed to Emmet, ID, to catch bass on a popper. 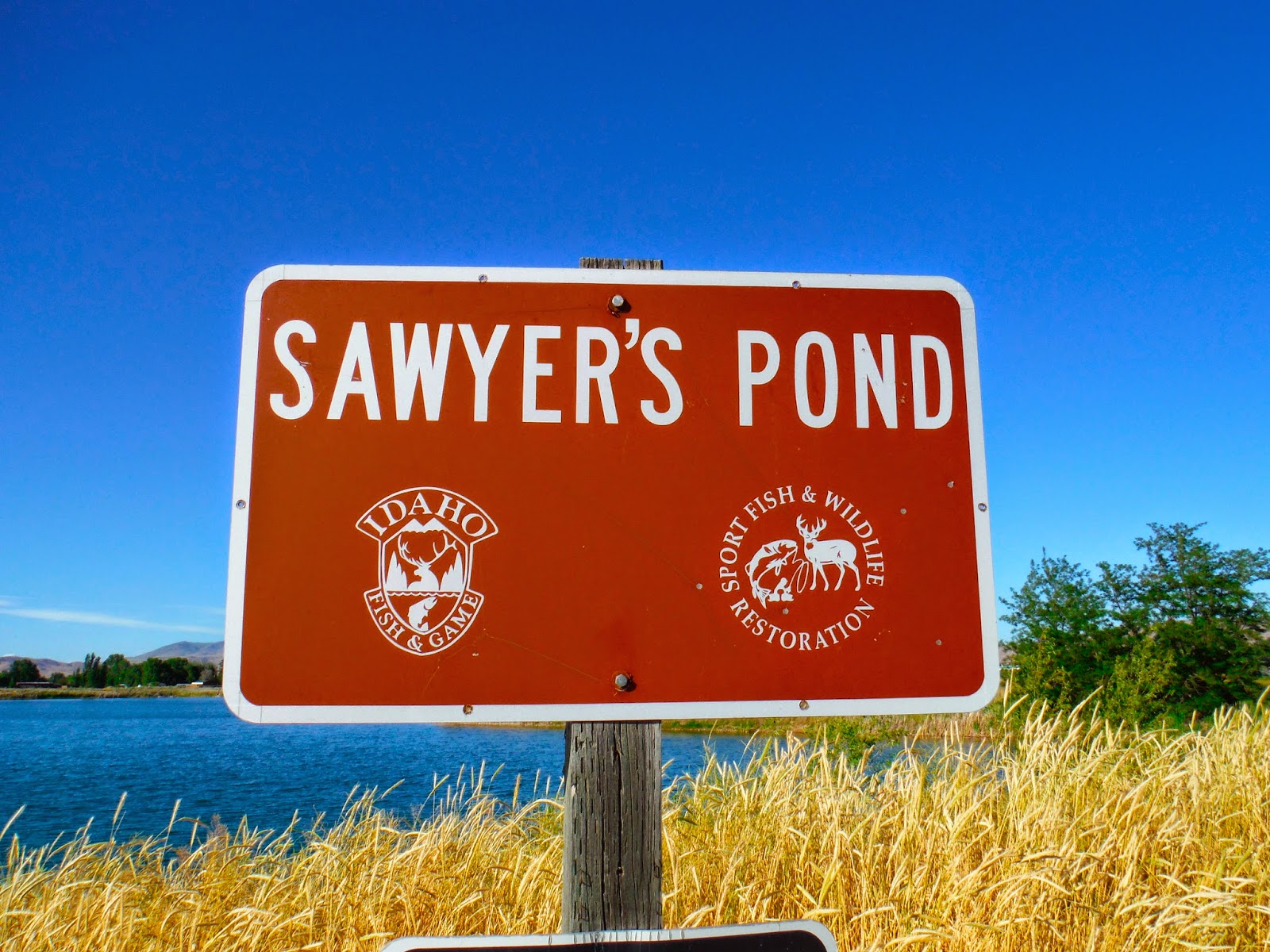 Fishing started off very slow.  Joe was in his pontoon boat and rowed over to the only tree that could provide any shade for a lurking bass.  Bass weren’t hitting, and I figured it was just too early.
Off in the distance I saw that Joe was bringing in a fish.
“What do you have on?” I asked, watching his fly rod wiggle.
“A bluegill.” He said back, “I decided to switch to a smaller fly to get some action.”  Not a bad idea, I thought before I switched to a demon-eyed damsel, and started catching bluegill. 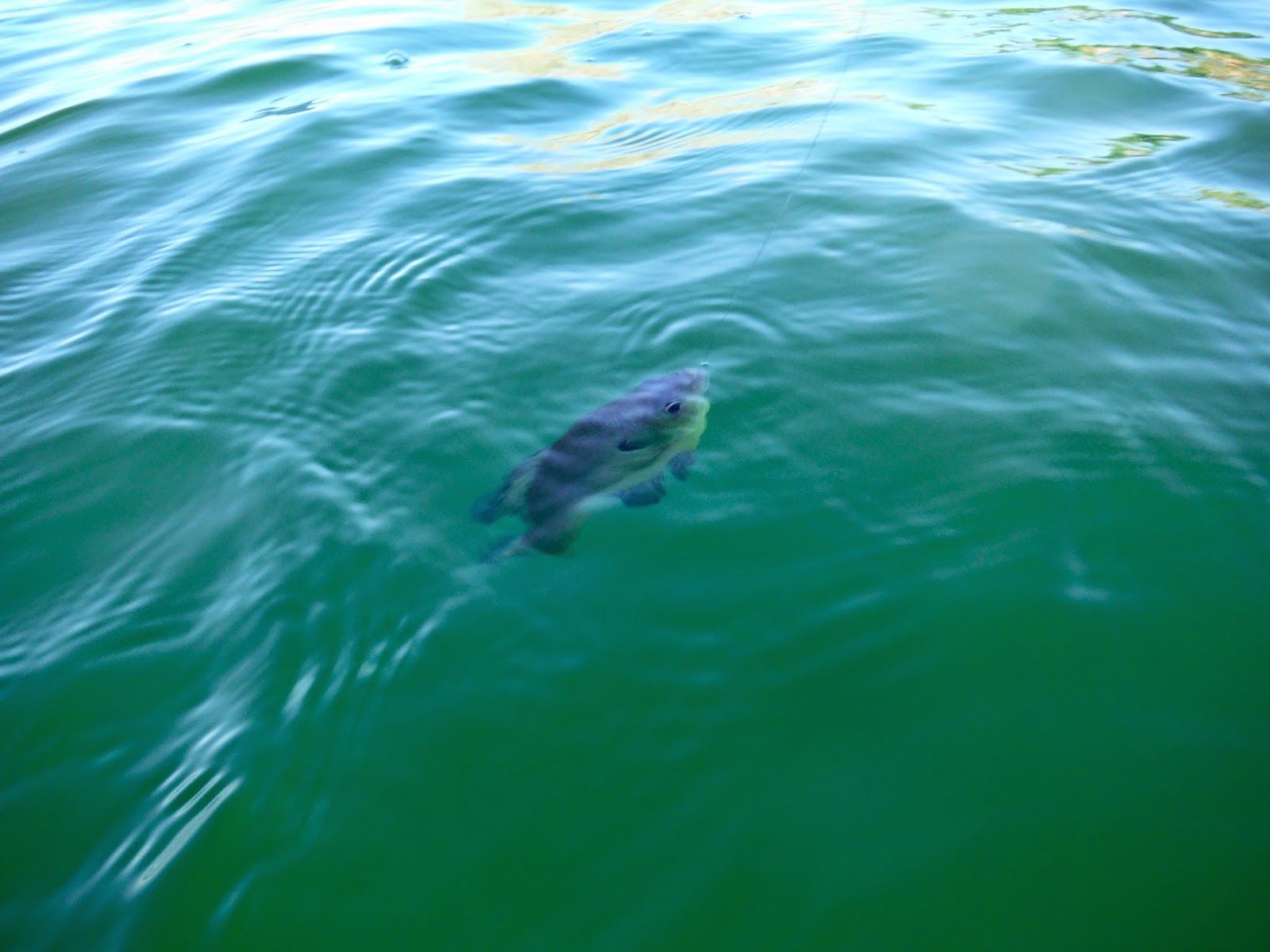 The little shakers were putting up a great fight!  Joe and I could be heard from across the pond laughing as we pulled in fish after fish. 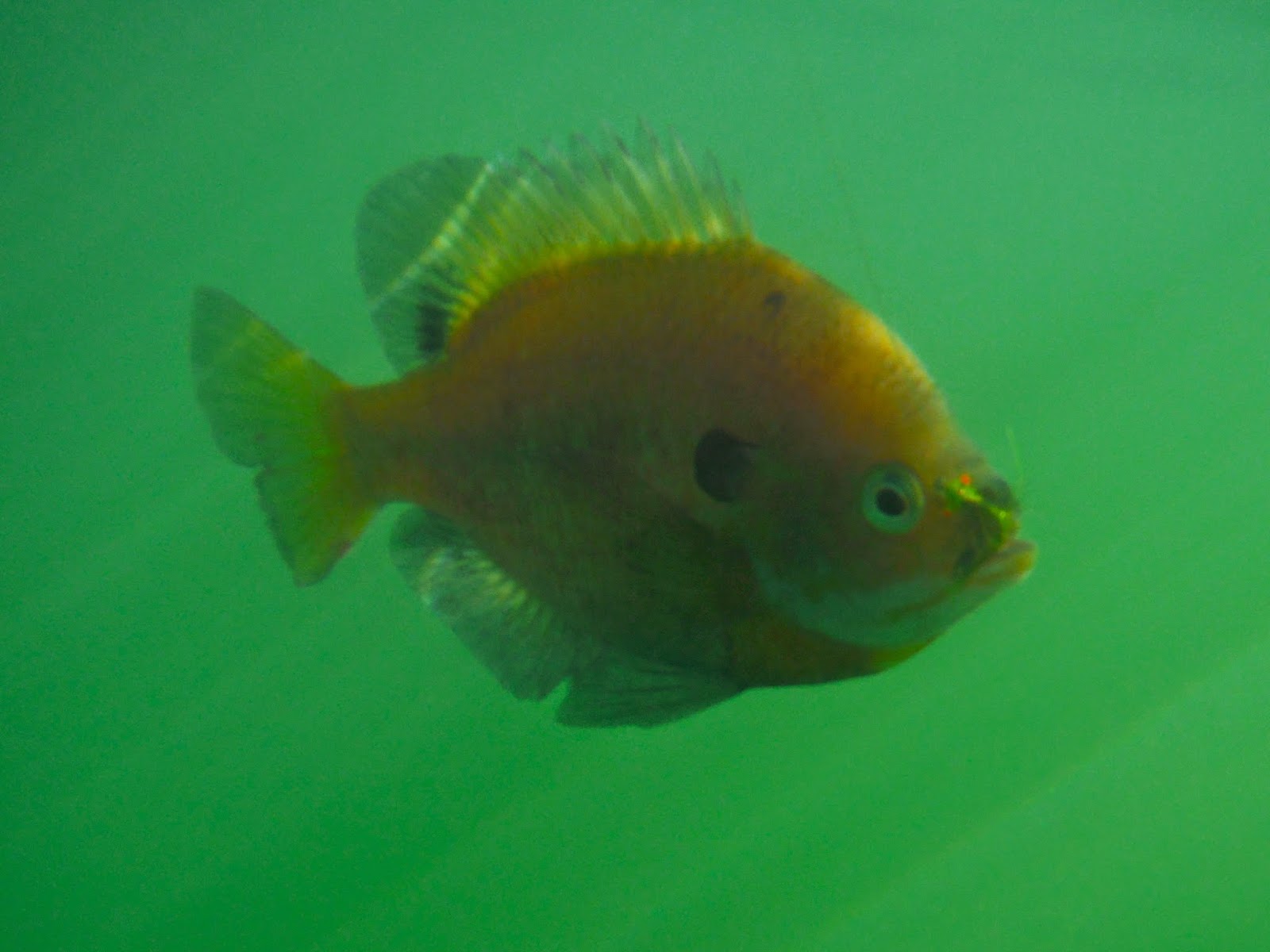 “I got another one!” I yelled over to Joe, who was just releasing a bluegill he had just caught. 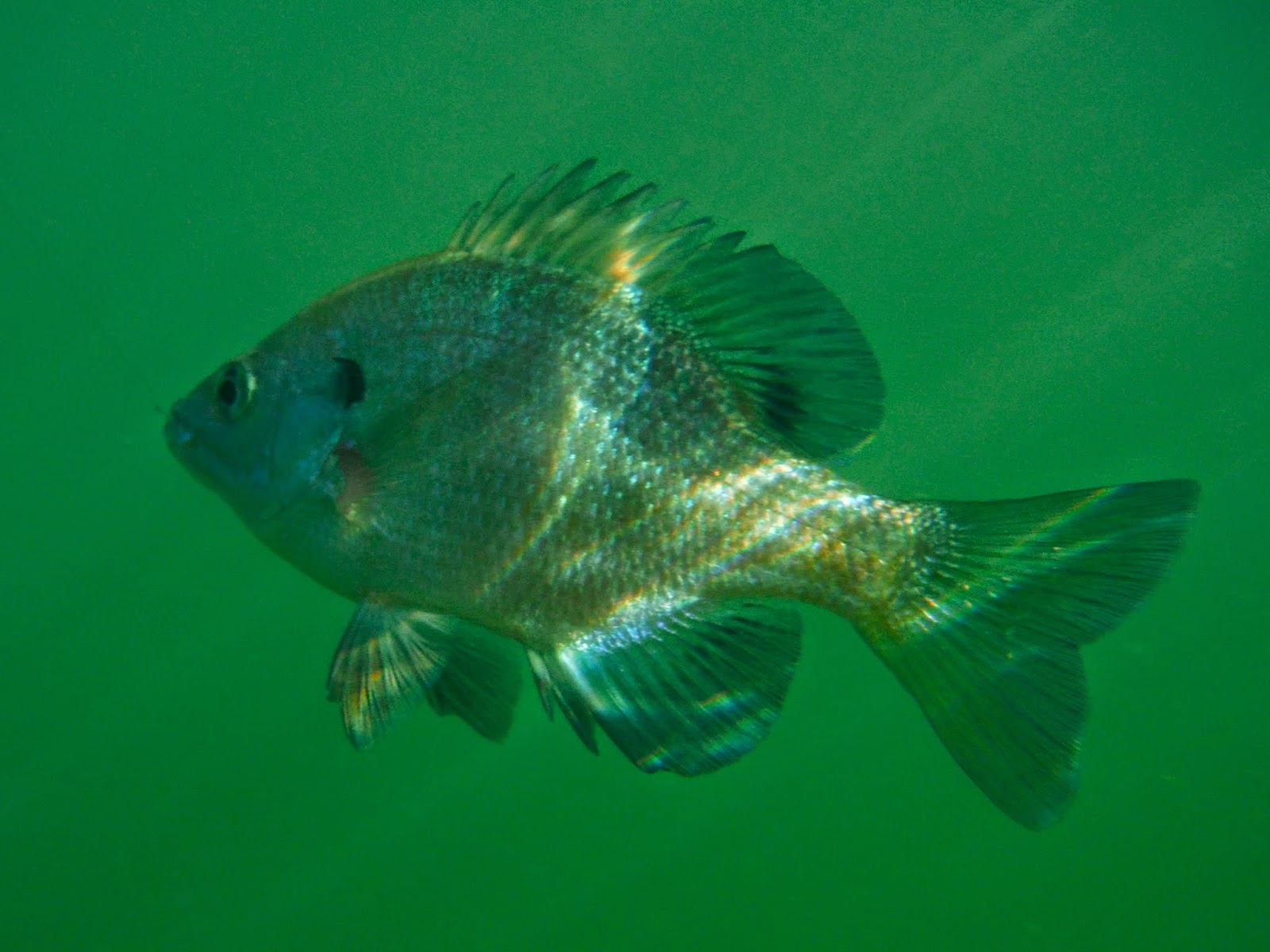 “Woo hoo!” Joe yelled, as a bluegill he hooked jumped out of the water.
“It looks like a fighter!” I yelled over to him, as I also got a hit. There was no need to set the hook, because if I did, the force of the hook set would probably send the fish flying behind me.  I brought in the little fish, and it was a bass!
“Joe! I got a bass, and it’s a monster!” I yelled over to him.
“Let’s see it!” He answered back; so I held up the bass. 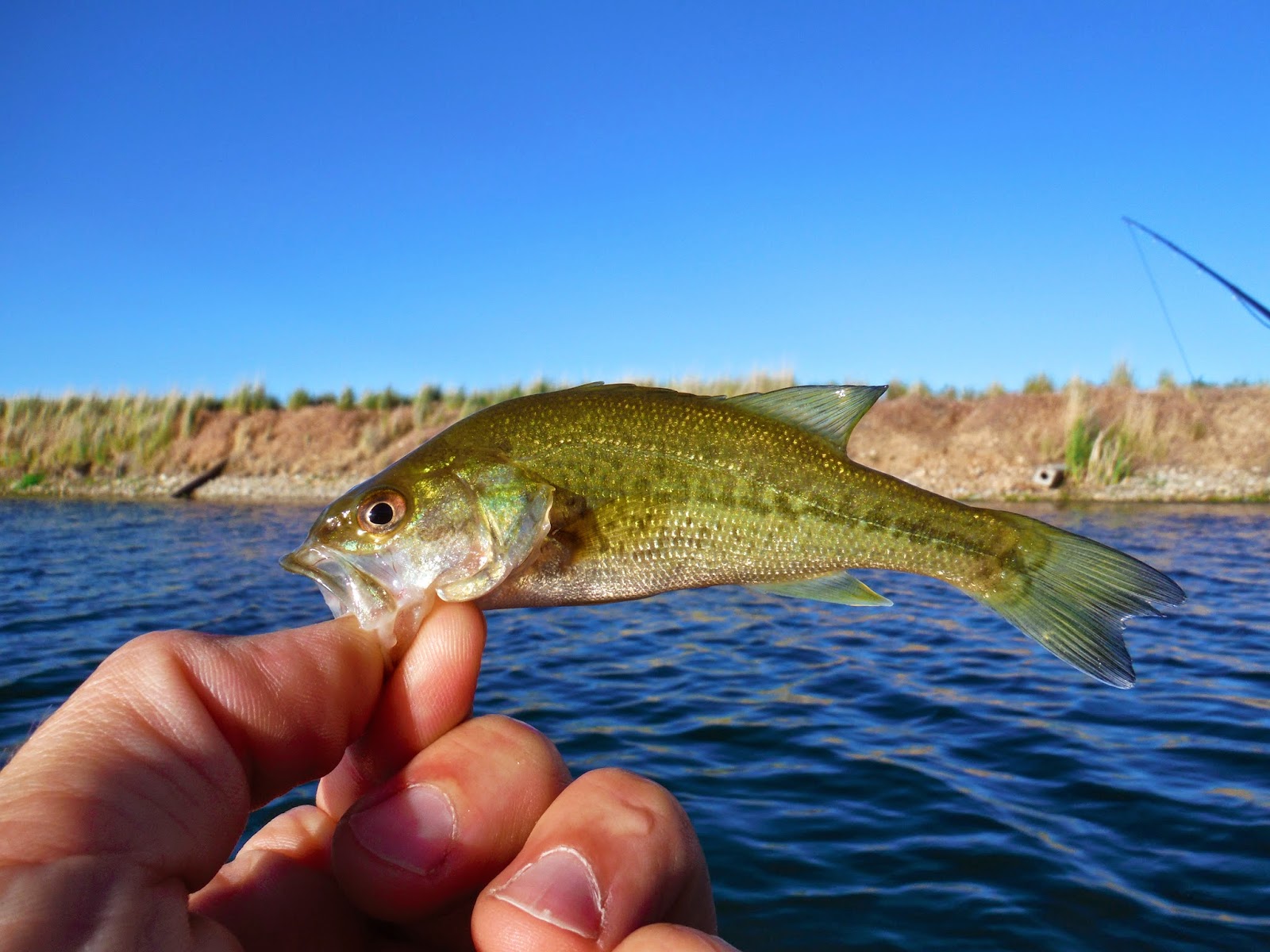 “Oh, that’s a nice one!” He said, about as serious as someone could sound after seeing a four-inch fish.  For the rest of the afternoon we caught bluegill after bluegill, with a small bass intermixed every once in a while; over time the small fish stopped biting.
“I want to try a popper!” Joe said, paddling over to me.
“I have a few right here.” I said, holding one out to him.  We both tied on our poppers and Joe was the first to make a cast.  After only two pops, his popper got hit. 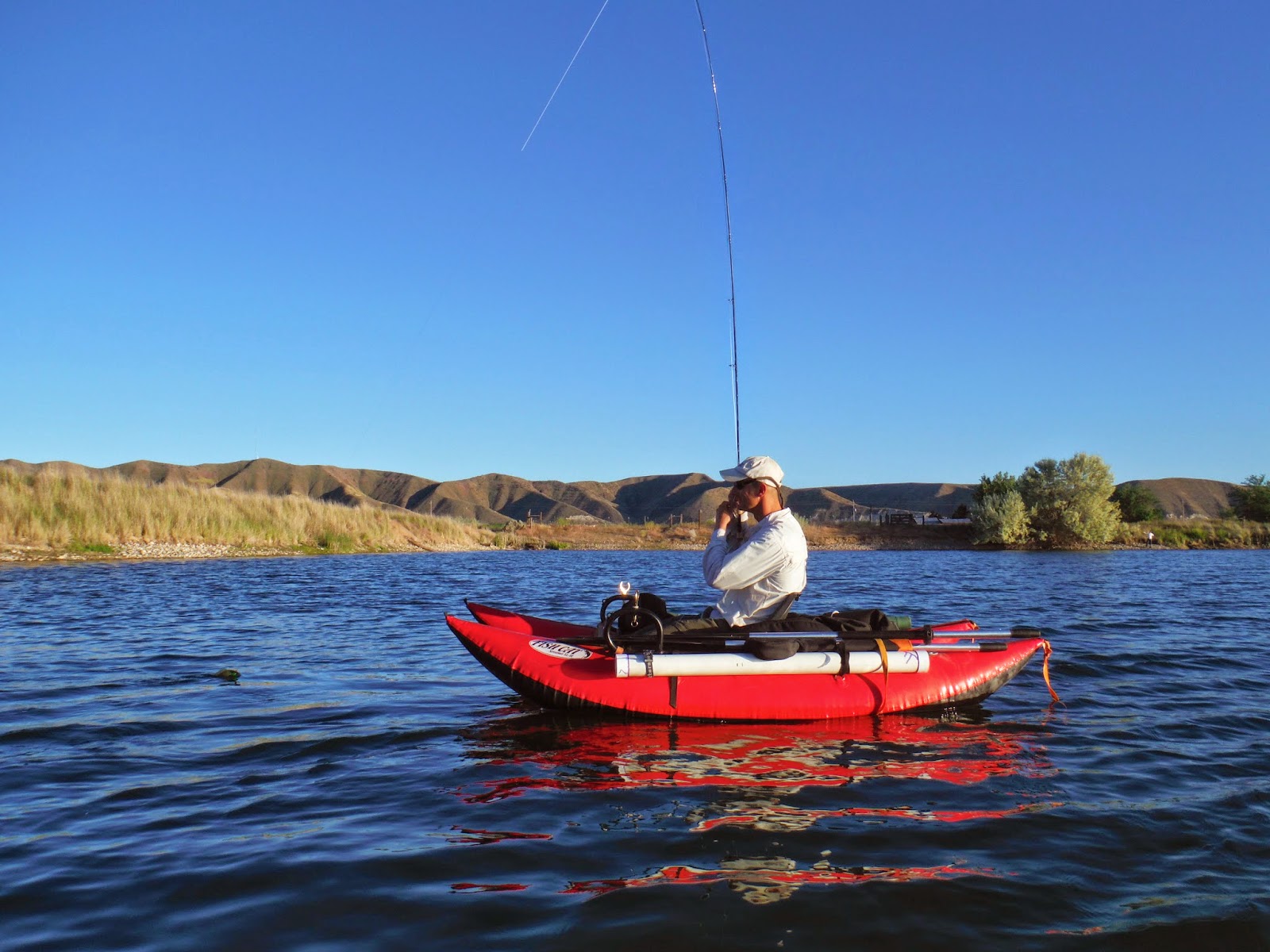 “First cast with a popper!” Joe yelled, as he brought in his fish.  The hefty bluegill put up a great fight, but with his 9’ 5wt, the fish didn’t have a chance. 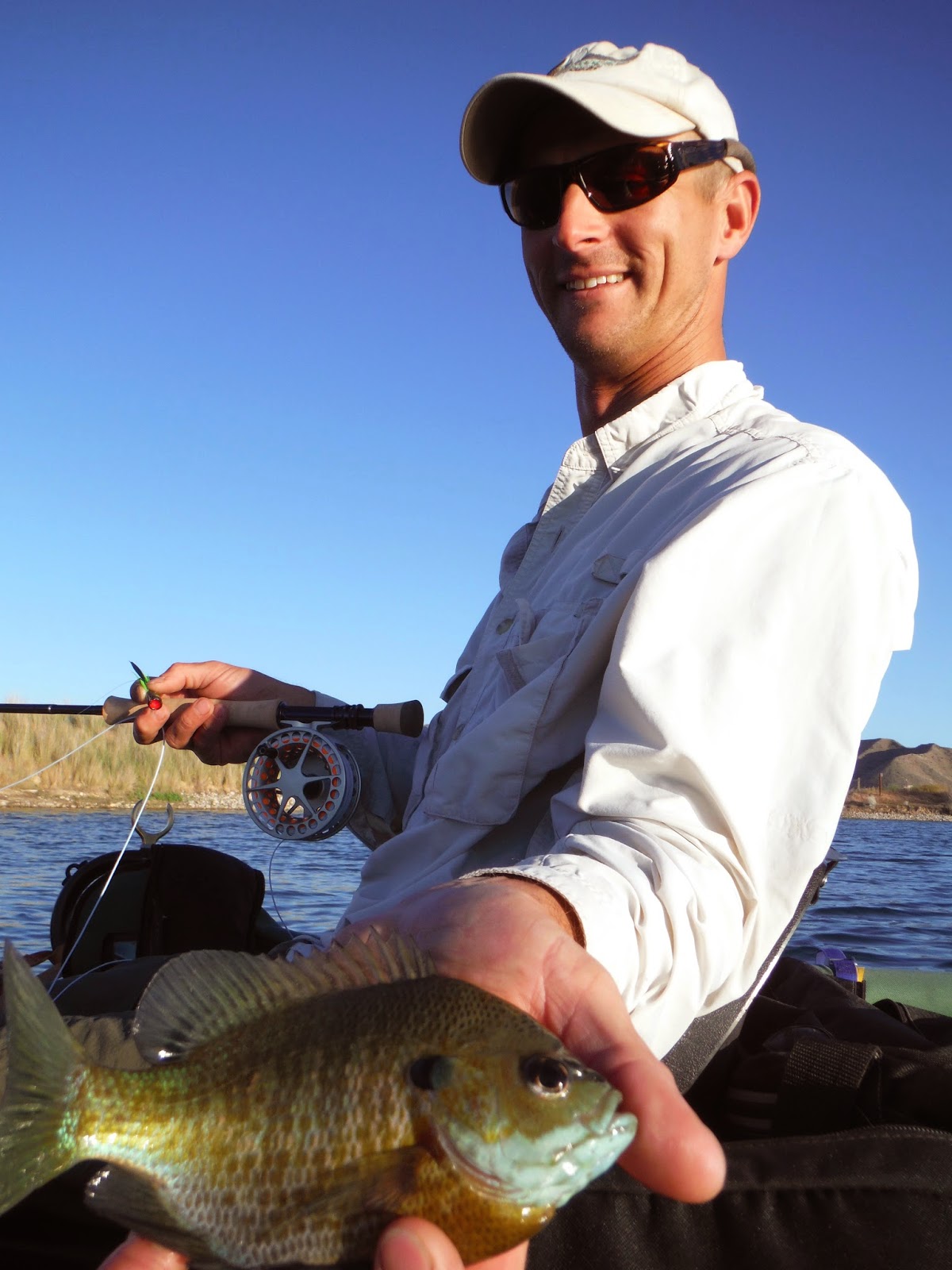 The sun was fading fast, meaning popper fishing should start any time.  A small turtle was poking it’s head above the water, and I tried to get as close as possible for a picture, but the turtle would have none of it.  It bolted after I got about fifteen feet away, and I never saw it again. 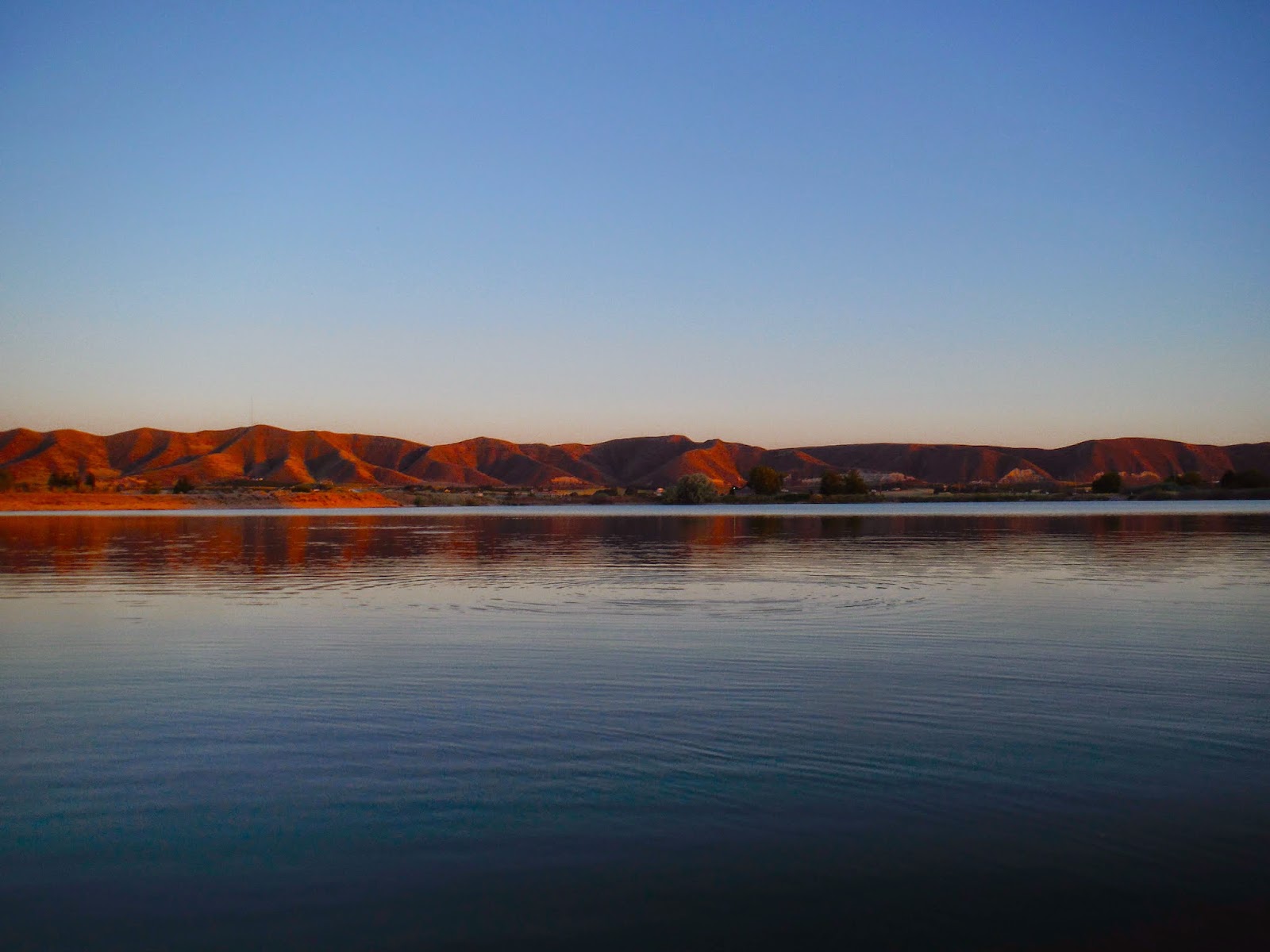 I pitched out my medium-sized popper and it got hit as it plopped down.  I set the hook, bringing in this small bass. 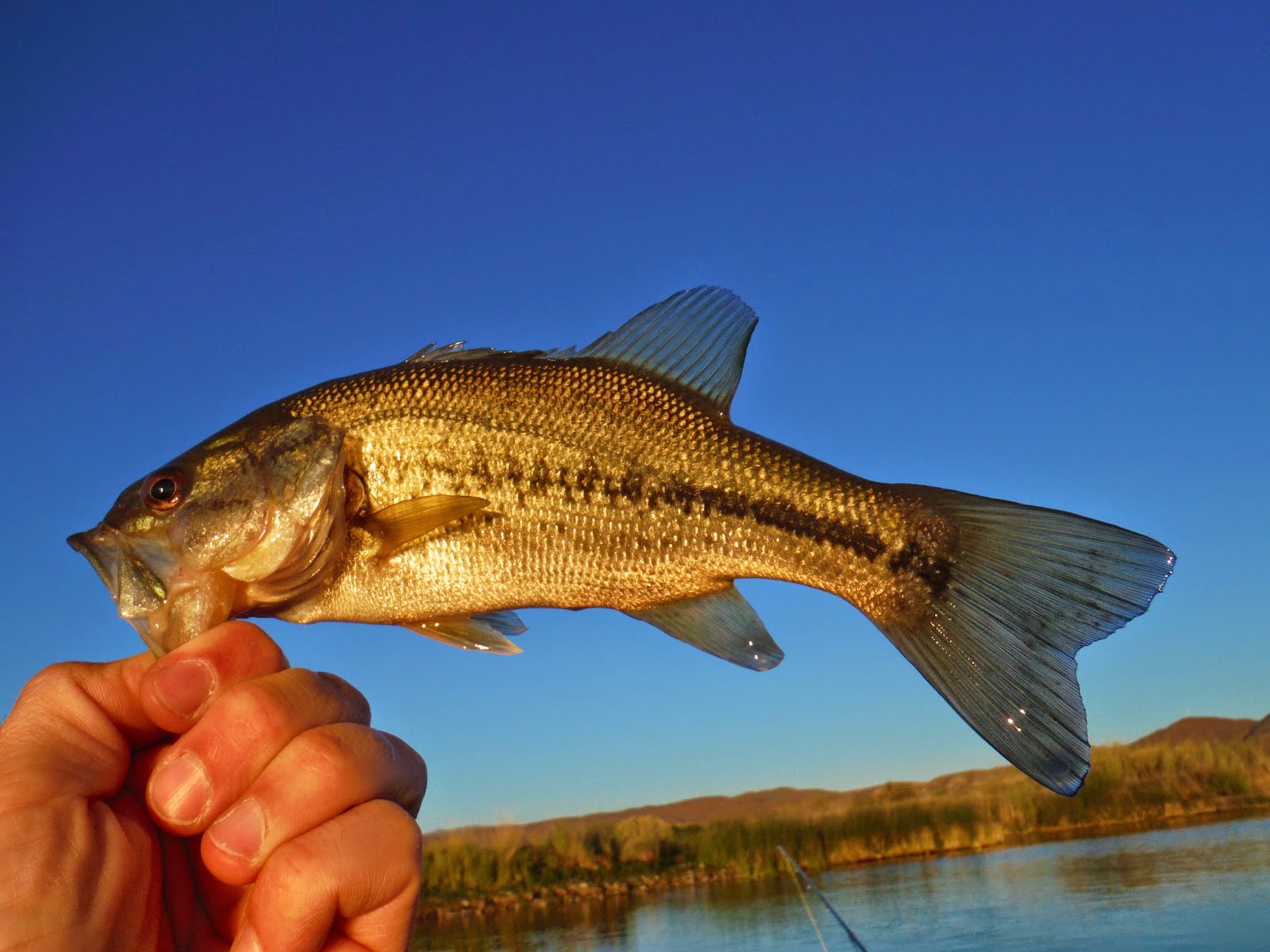 “Erik! Come over here, I’m catching them like crazy” Joe yelled from around the hill.  I could hear the echos of fighting fish as they splashed to get away.
“I was just about to call you over here.” I said.  Bass fishing had just turned on in the pond, and Joe and I were the only ones taking advantage of it. 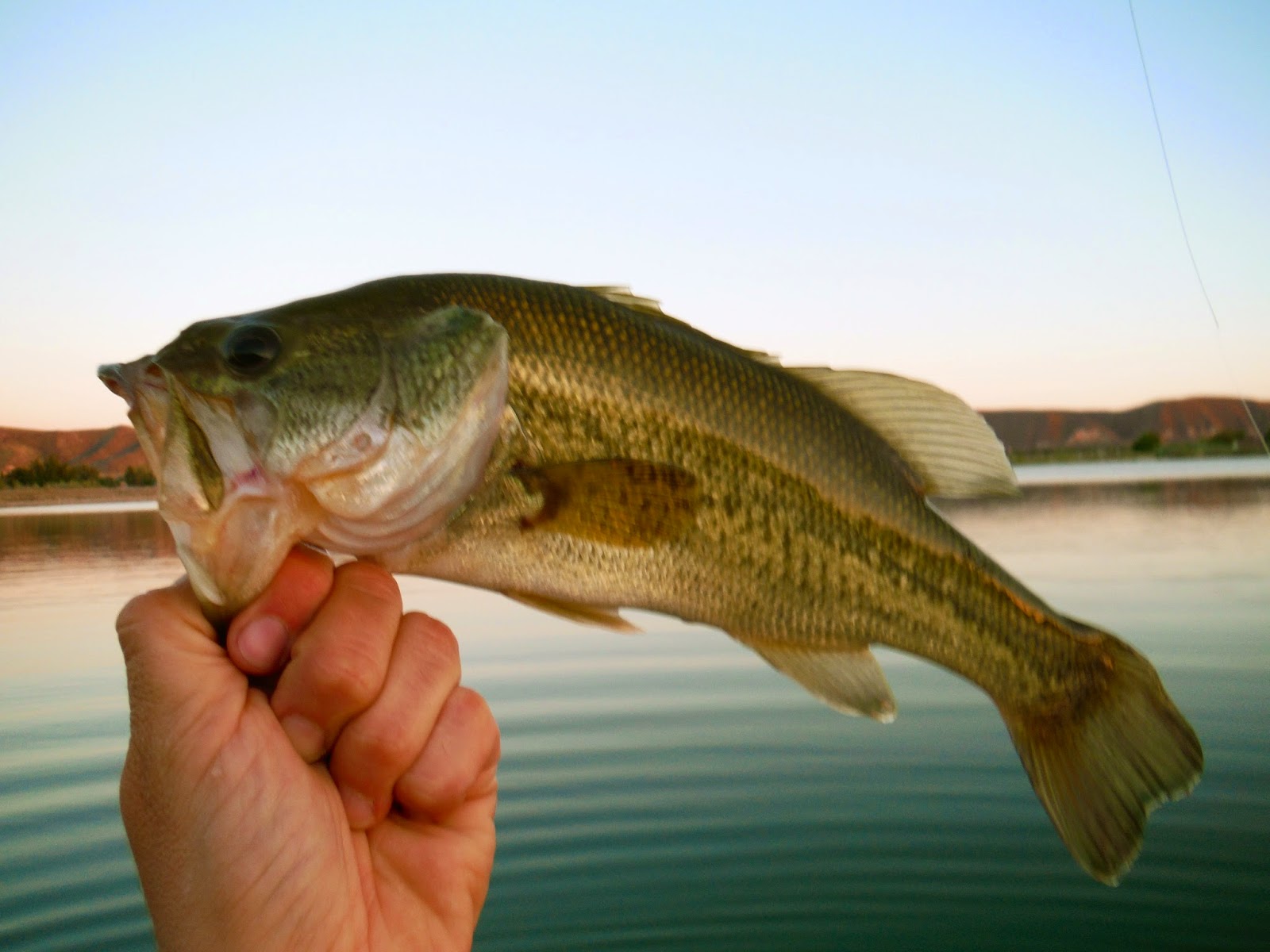 Fish after fish were pounding our poppers, and even the occasional big blue gill would swat our flies.  It seemed like we could do no wrong.  Every other cast was being hit by an aggressive bass willing to take a popper!  Joe worked the east side of the pond, while I fished the west. 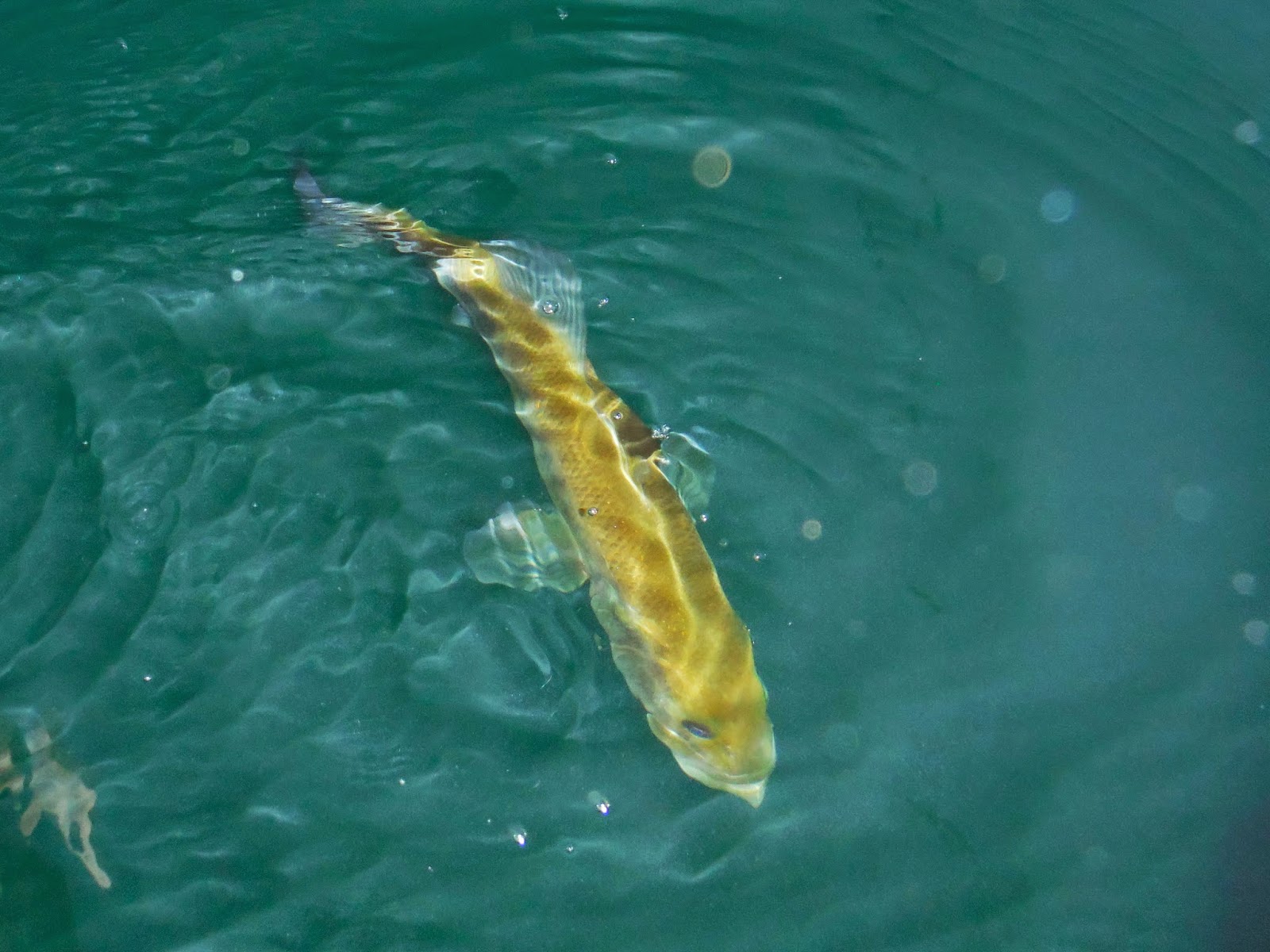 The dark came quick, but fishing hadn’t let up.  We were starting to kick our way back to the truck, fishing along the way.  As we got near the take-out point, the fishing had significantly slowed down. That didn’t stop me; I threw my popper near the bank, as if it could get hit at any moment, and sure enough a bass took! 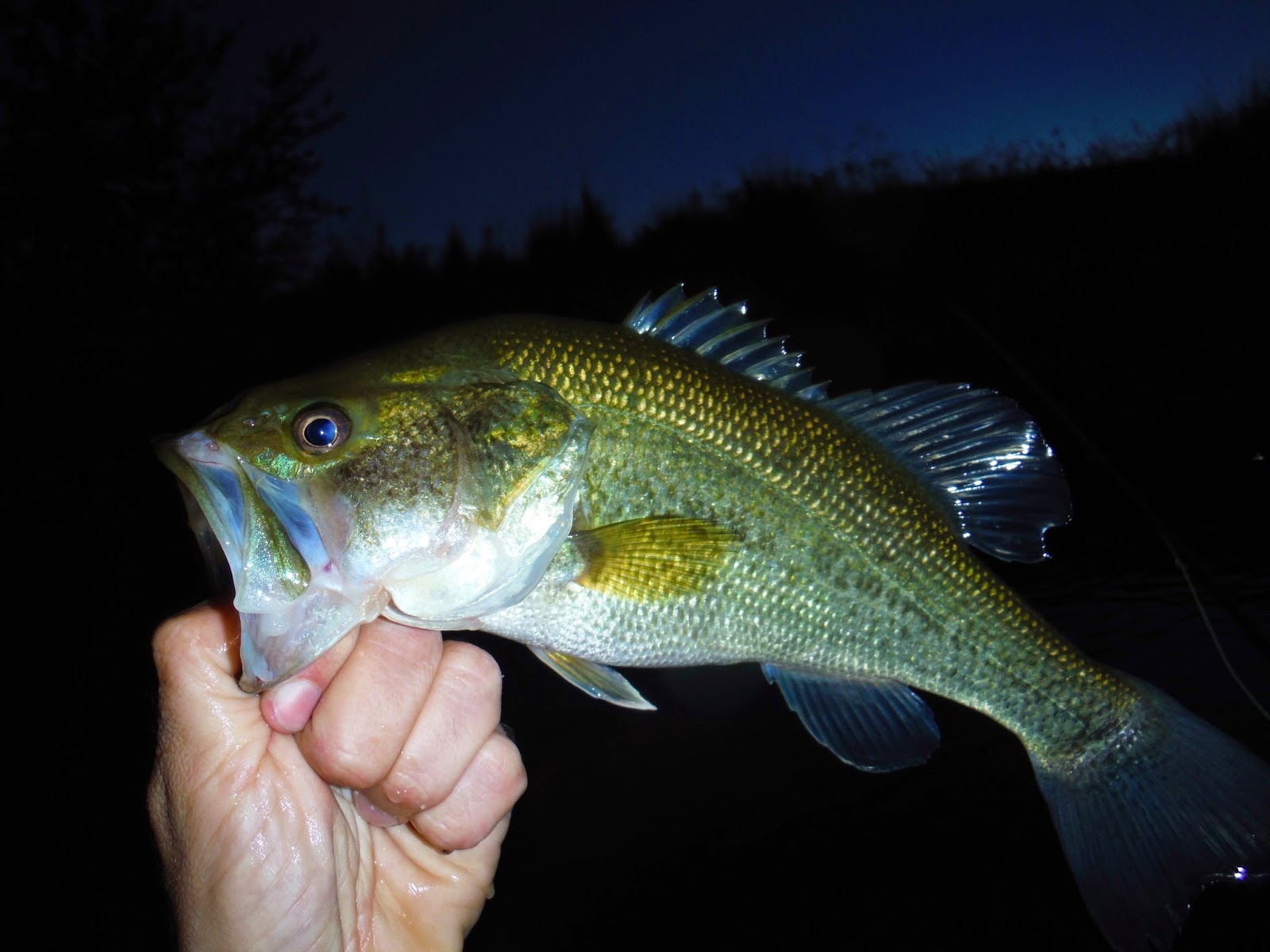 “One last bass to end the night!” Joe said, happily. “Nice job!”
“Thanks, Joe!” I replied, as my fish kicked off.  We got out of the water, and Joe checked his watch.
“Oh, man!  It’s already 11 o’clock?” He said, shocked, “I have to be at work at 7 a.m.!”  I couldn’t help but laugh.
“I know what you mean, I have to be at work at 10, which means I need to wake up at 8.” I told Joe, who was not feeling bad for me at all, even after our late departure.  It was definitely worth staying out late, even if Joe had to sacrifice sleep. He certainly is a trooper.