Skip to content
When I found out my Cousin Sam was interested in fishing with me, I was quick to make time to take him out as soon as I could.  My ultimate goal for the day was to get Sam into his first fish with a fly rod.   Sam was all smiles when I handed him his new fishing hat to start the day, and he even jumped out of the car to open the gate as we neared the river. 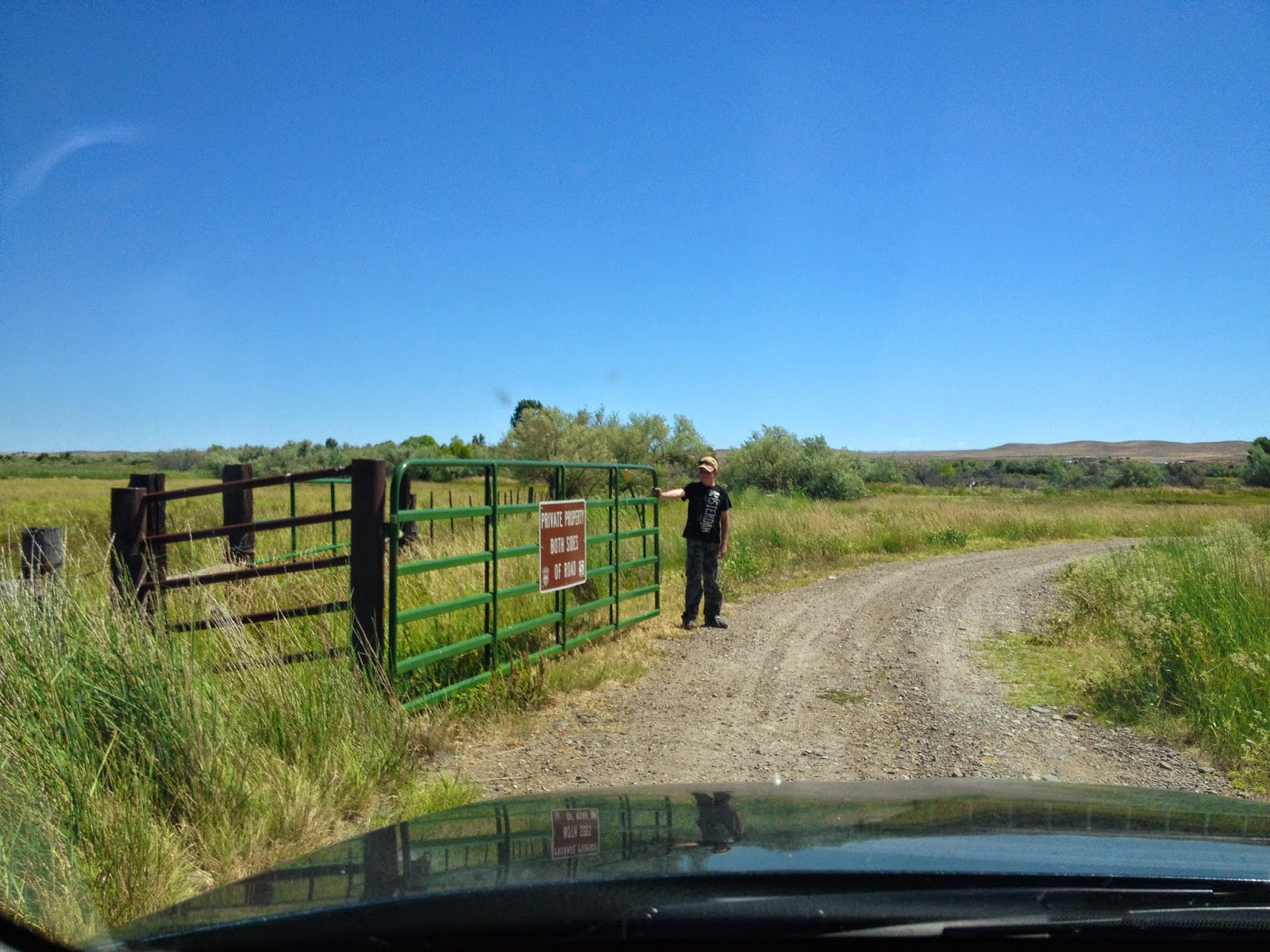 “That feels weird.” Sam said, walking into the river with waders on for the first time.  “My pants are clinging to me, and it feels like my feet want to float.”
“It’s also a nice way to stay cool on a hot day like today, huh?” I asked.  Sam nodded his head yes, as he positioned himself to make his first cast. 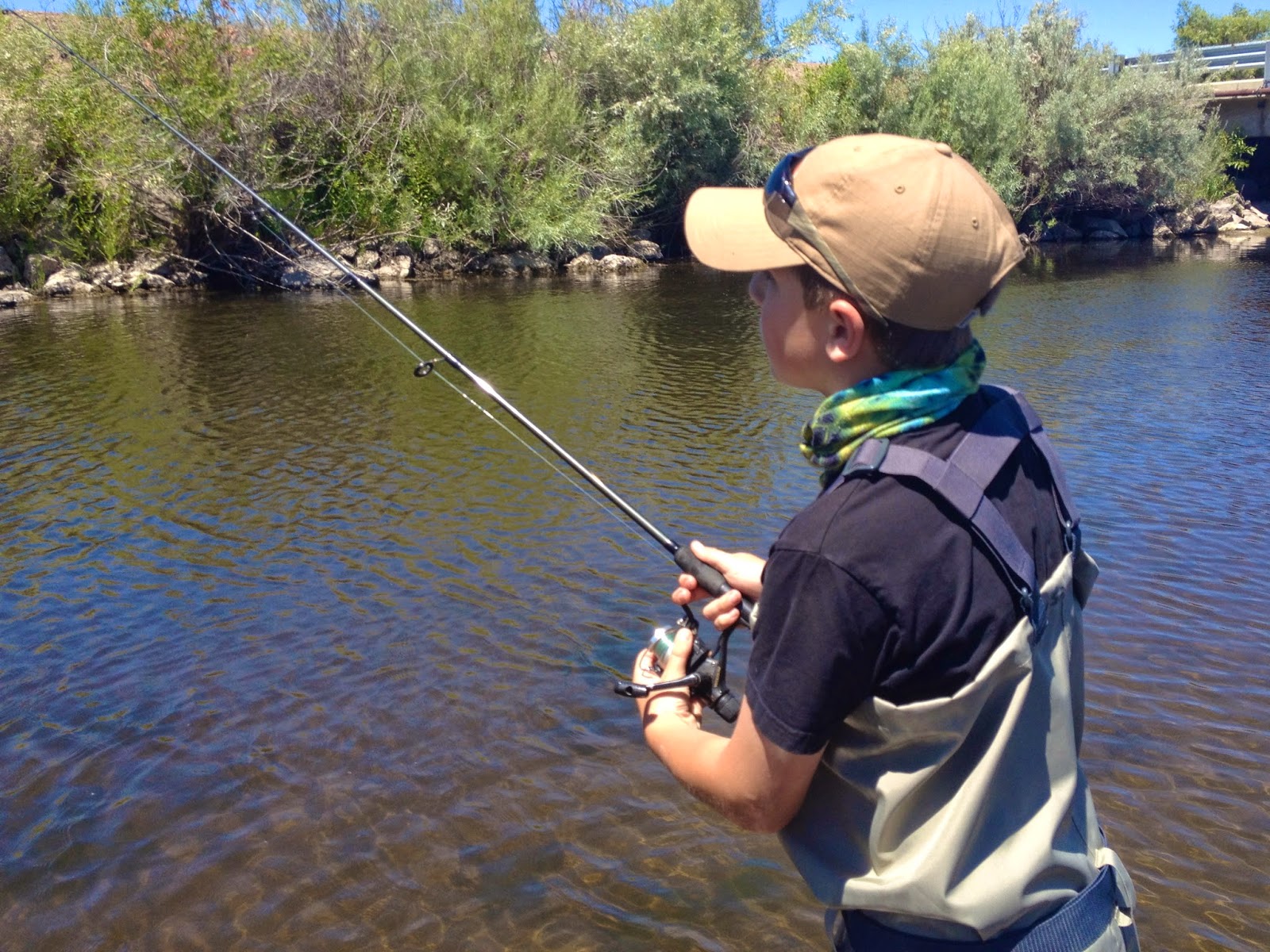 “Aim for that shaded spot.” I said, pointing to a tree limb near the other side of the bank.  Sam readied his spinner by opening the face, and made a quick cast.  In a flash, he whipped his pole forward, sending his gear and line way off to the right.
“What was that?” I asked.
“I guess I’m a little rusty…” Sam said with a smile.  He organized his rig and made another cast; this time he hit his target.
“You should have a fish by now.” I said to Sam, after he had made several casts.
“Well let’s see you cast.” He said, with one eyebrow up.
“Oh yeah?” I said, pulling out line. “Challenge accepted!”  Sam moved to my left side, and I shot a small popper next to the bank.  It was no more than two pops before a loud suction noise indicated a fish had took.  I set the hook on a nice bass.  With my rod at a bend, I casually looked over at Sam with a smirk.
“Darn!” Sam said, as I brought in the fish.  Though he was not thrilled that I caught the first fish, he still snapped a picture of me and my fish. 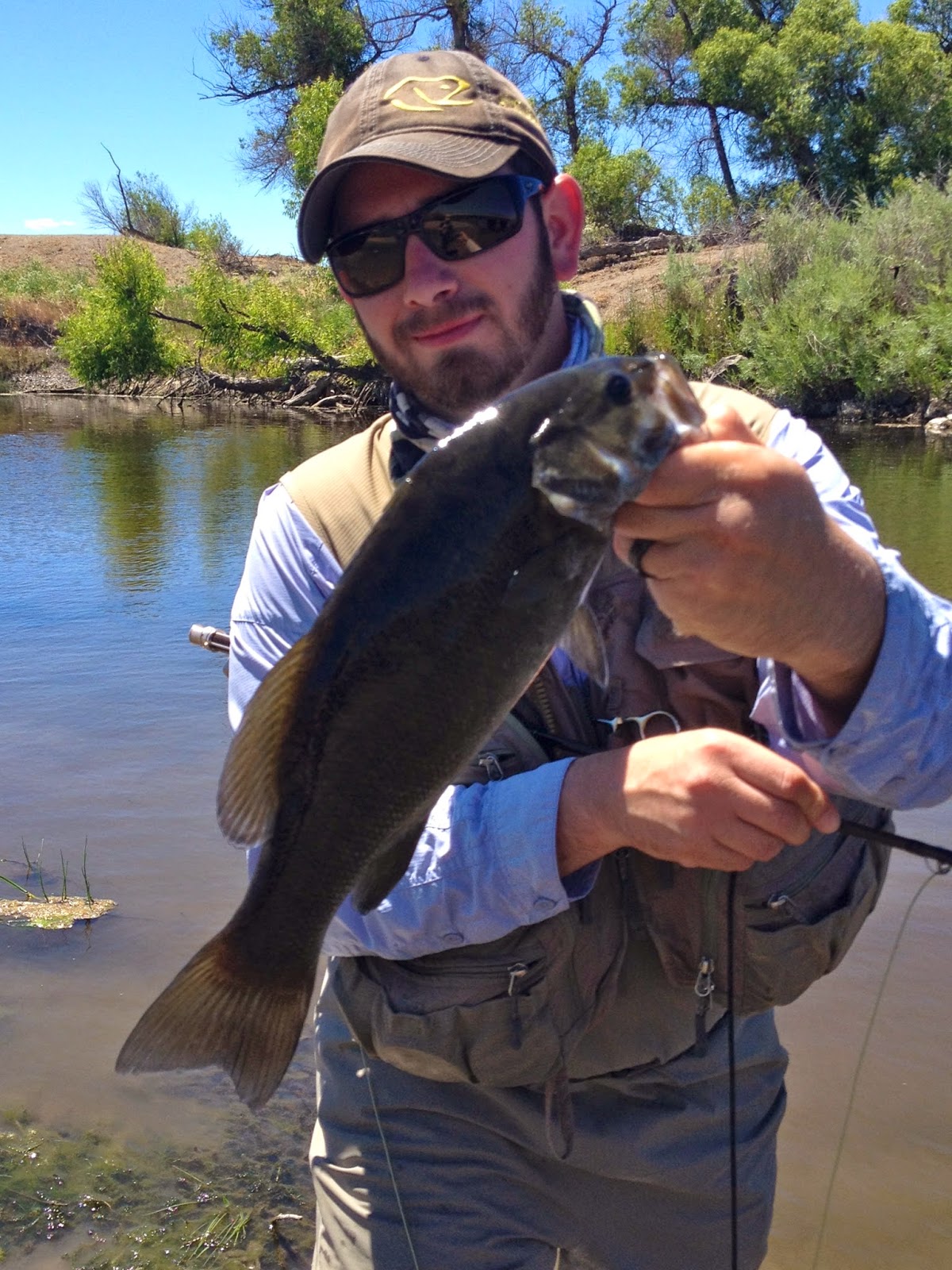 With my sudden success, I knew Sam would get a fish on the fly.
“Let’s try the fly rod, Sam.” I said as he set the spin outfit down. I quickly showed him how to roll-cast, and it wasn’t too long before he was in control, sending the little popper to the far side of the bank.
“Now give it a little twitch…” I said, watching intently.  Sam did perfect, but no fish were interested.  We tried and tried, but nothing took the popper.  Deciding it was more important for Sam to catch fish rather than cast a fly rod, I suggested he go back to fishing his spin gear. 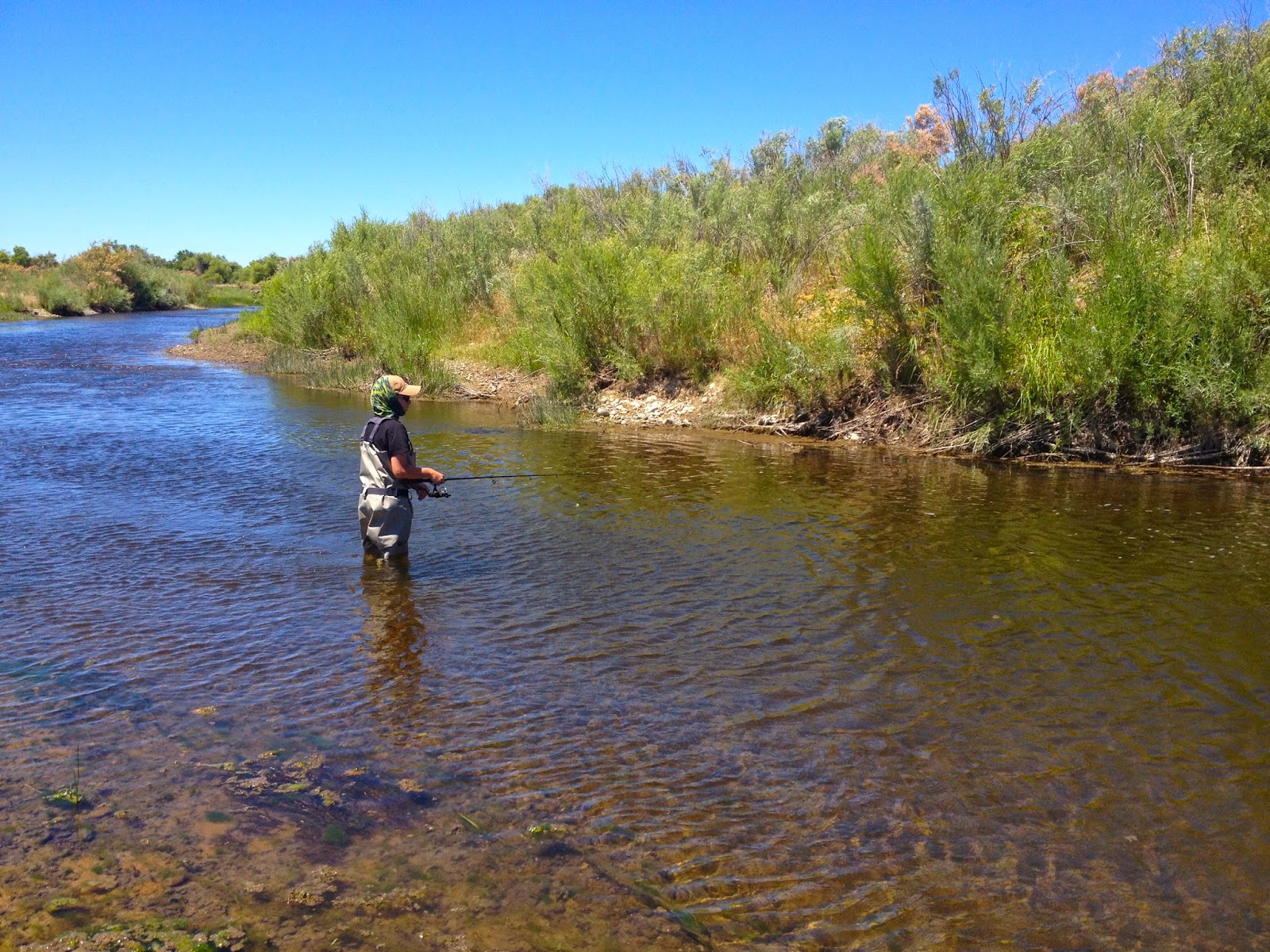 I explained to Sam the best way to approach a spot in the river where fish could be holding.  Sam followed my directions well, and placed his jig in the perfect spot.
“I got one!” Sam said, as he started reeling in his fish.  His fishing pole danced with every tug of the fish, and I got there quickly to net it.
“That’s a nice one, Sam!” I said, as Sam picked the fish up by the lip and held it for a picture. 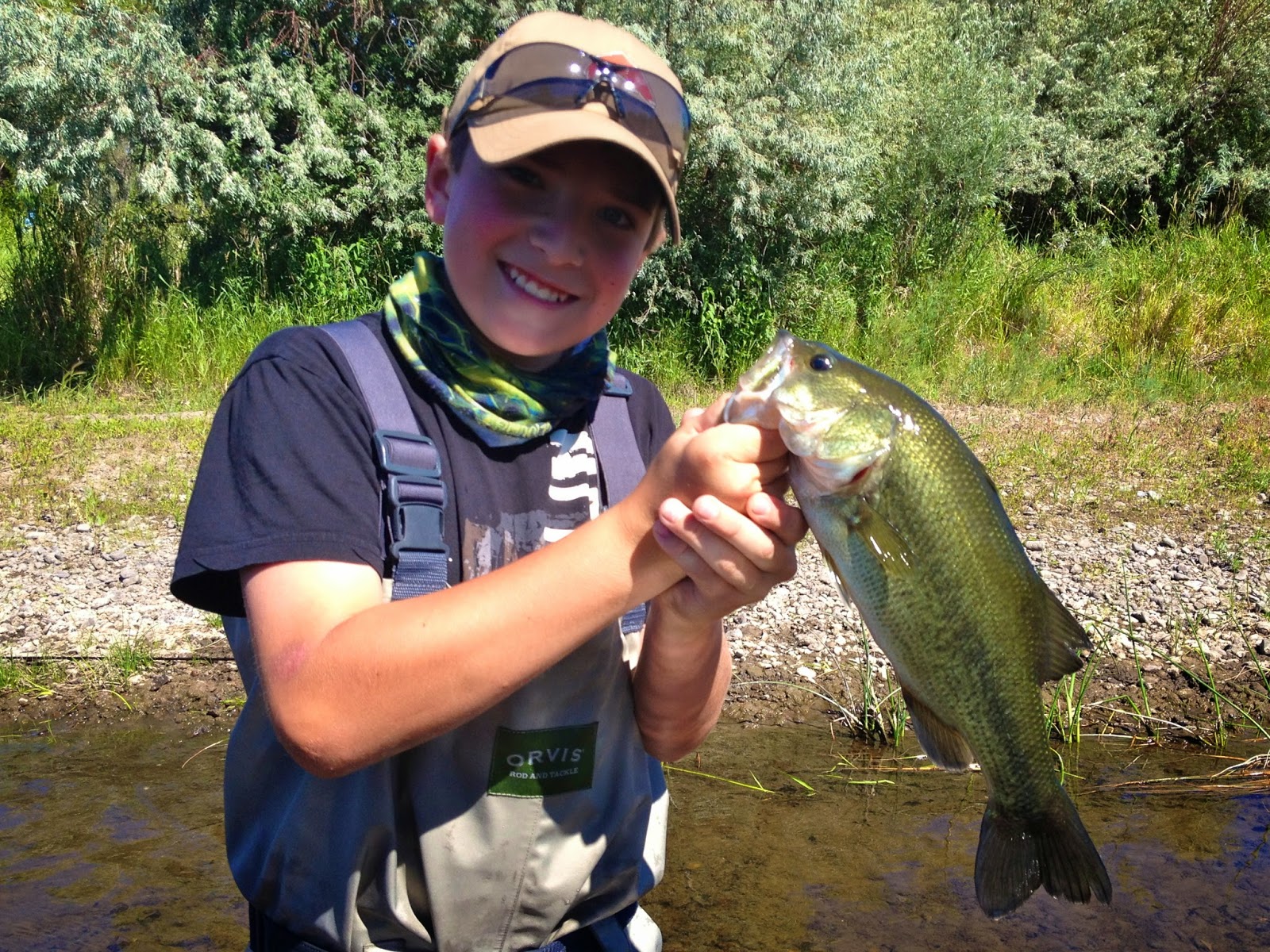 As soon as the fish was back in the water it darted away with a splash, and Sam didn’t waste any time getting back to fishing. 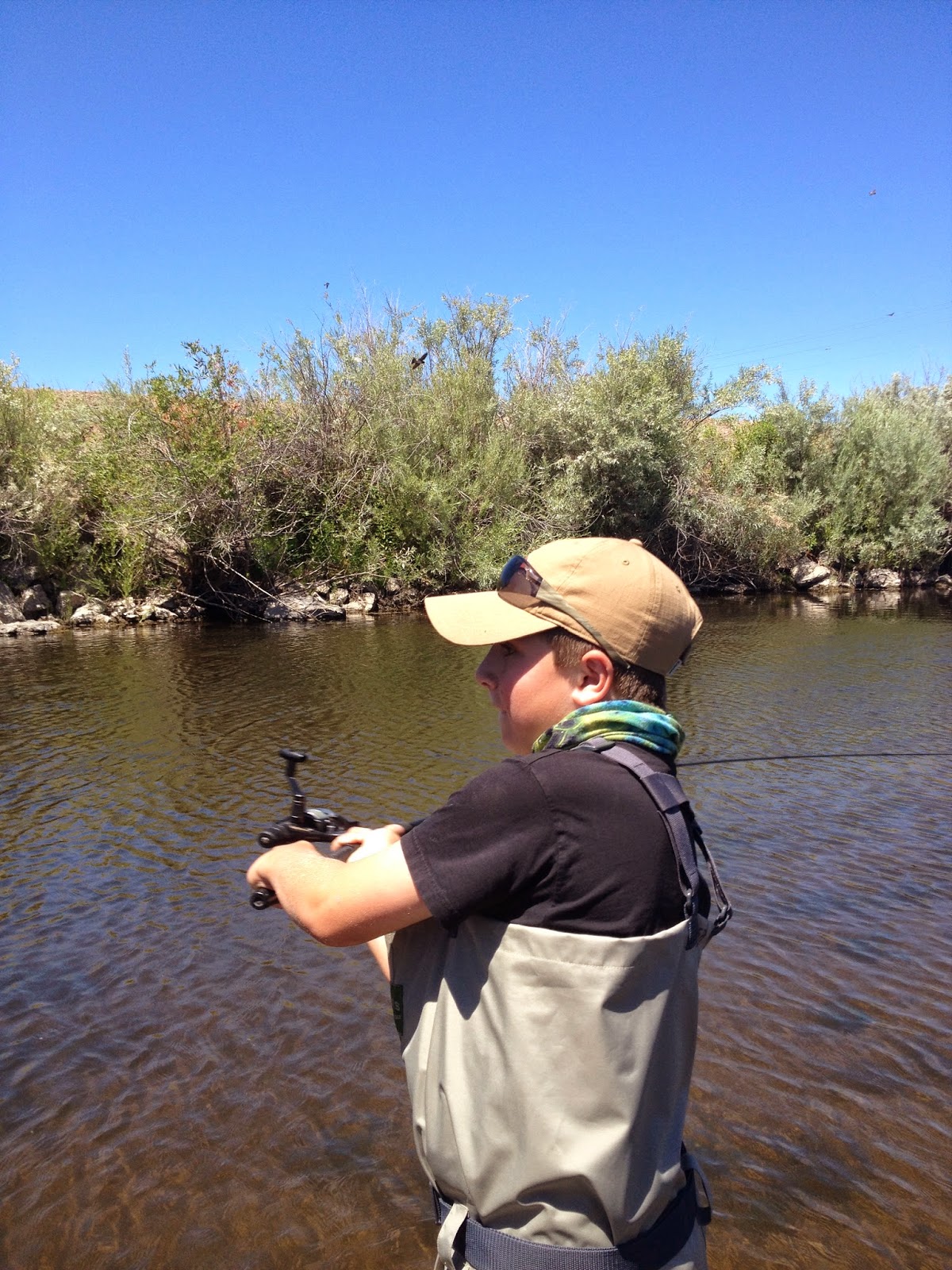 I had caught a few fish on the fly along the way, while Sam worked the deeper portions of the river.  I could tell that he was seriously getting into the zone.  Earlier in the day, Sam caught a few small fish, but he wanted another big one like the one he had caught just a moment ago.  I walked around a bend and noticed a tree creating some shade over the water.
“Sam, cast your jig into the shadow.” I said.
“Ok.” Sam replied, and made a cast.  His jig splashed down into the shadow underneath the tree.
“Nice shot!” I said.
“Thanks.” Sam replied, as he started his retrieve. I could see his white jig wiggling in the water as he pulled it in, and a dark streak race from the shadows and grab it.
“There it is!” I yelled, but it was not needed. Sam had already set the hook and was in control.  Though it was not as big as the bass he had caught before, it was still nice enough for a picture. 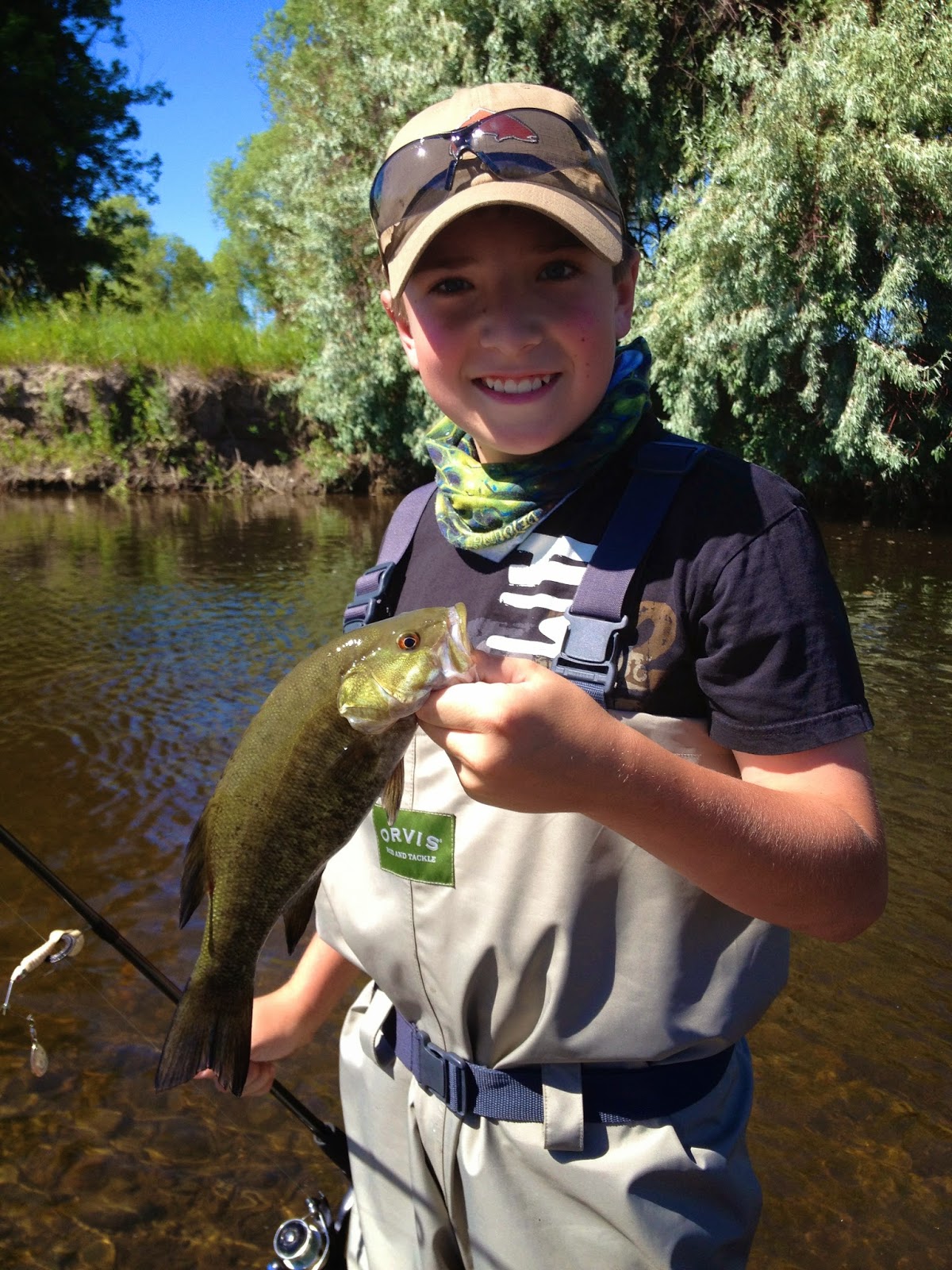 The day was flying by, and it was nearly time for us to get going.
“We better make our way back.” I suggested, and Sam agreed.  Together we walked back upstream, and Sam pointed to a deep section in the river.
“Do you think there could be a fish over there?” He asked.
“What do you think?” I replied.
“I think it looks good.” He said, keeping his eye on the spot.
“Try it out.” I encouraged, and he did.  After a few cast, and no fish, Sam was ready to move on.
“Hold on.” I said, stopping Sam from walking away.
“Cast back over there, only let your jig sink a little deeper.” I said.
“Ok.” Sam replied, and made a cast.  Sam went to reel in his line, but I stopped him.
“Let it sink a little more.” I suggested.  It only took a few seconds longer for his jig to get deeper.
“Okay, start reeling in.” I said, and Sam started to reel.  SLAM!  His jig got hit, and Sam was all smiles.
“It’s a nice one.” Sam said, bringing in his fish. Sam brought the fish in fast, and I scooped it up with my net.
“Nice job, Sam!” I said, as he held it up for a picture. 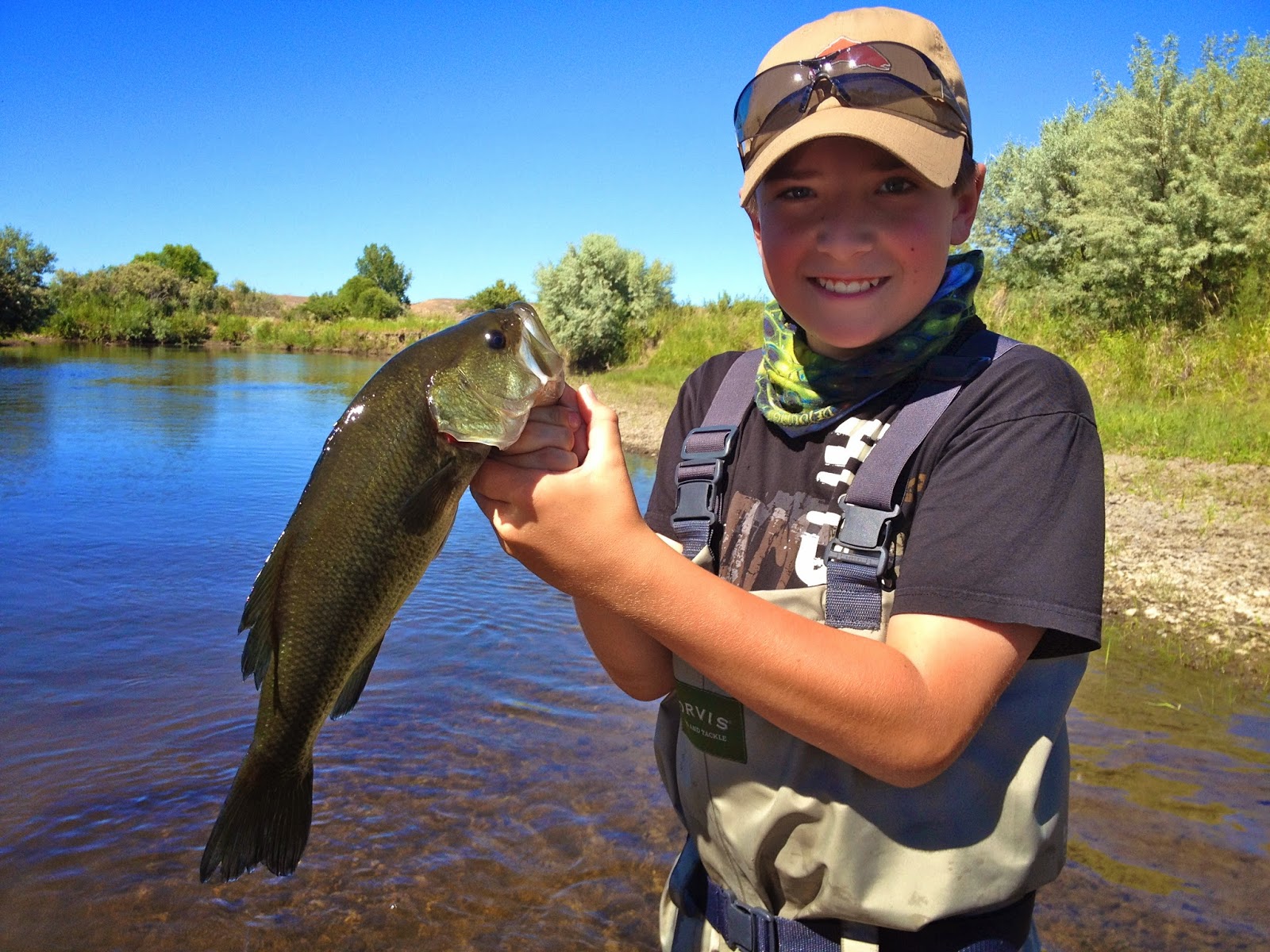 Sam let the fish go, and we watched it as it swam back into the deep.
“Look at my thumb.” Sam said, pointing out the small dimples imprinted and some scratches on his thumb.
“The fish left teeth marks on it.” He said, smiling.
“That’s bass-thumb.” I said, with a smile. “That means you caught a lot of bass today.”
Sam smiled at that comment, and together we walked back to the car.
“How are you feeling?  Are you tired?” I asked. After all, we had been on the water for seven hours in the heat.
“I’m good!” Sam said, adding, “I just wish we could stay a little longer.”
“Sam, you don’t know how happy that makes me… to hear you say that.” I said.
“And I am interested in fly fishing too. I just need to get better at casting.” Sam added.
“SAM!!!  Your dad told me that taking you out today was going to make me rethink having a kid, and he was right!” I said, happily.  Sam smiled, saying, “We will have to go again soon.”
“Yes we will, Sam… Yes we will.”