Skip to content
Waking up at 5 a.m. is like ripping off a bandaid: you don’t think about it, you don’t contemplate it, you just do it!   I had to do it, after all I was everyone else’s wakeup call.  I quickly woke Jim and Mark and rushed back upstairs to brew some coffee.  I’m not a coffee or caffeine person so when I get myself up, I am up. And by the time Jim and Mark came out to get some coffee, I had already packed the truck with our gear and set out two coffee mugs for them. 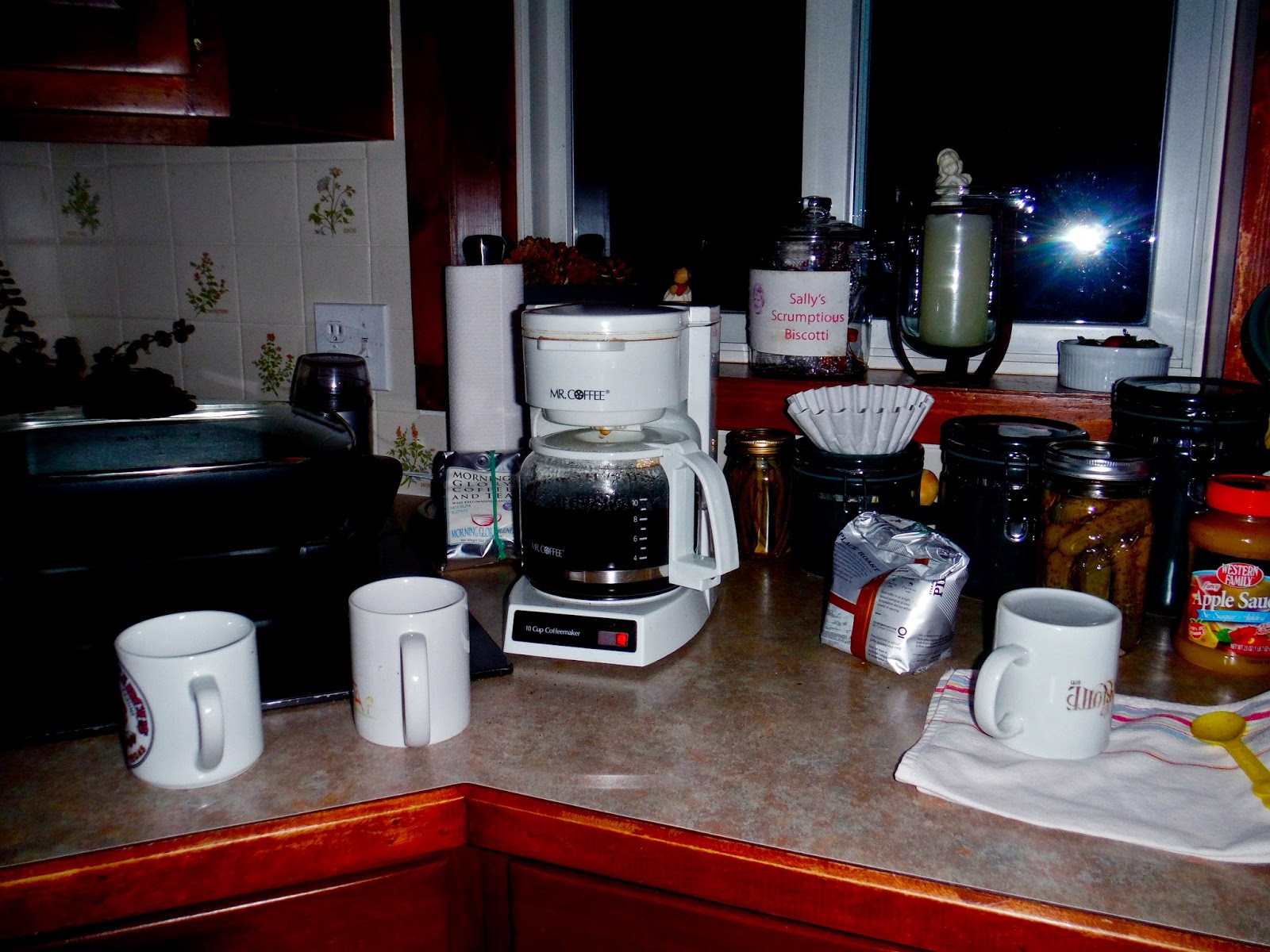 “Be at the three-dollar bridge at the butt-crack of dawn for the best fishing”, is what was suggested to us the day before, and believe it or not, we made it. 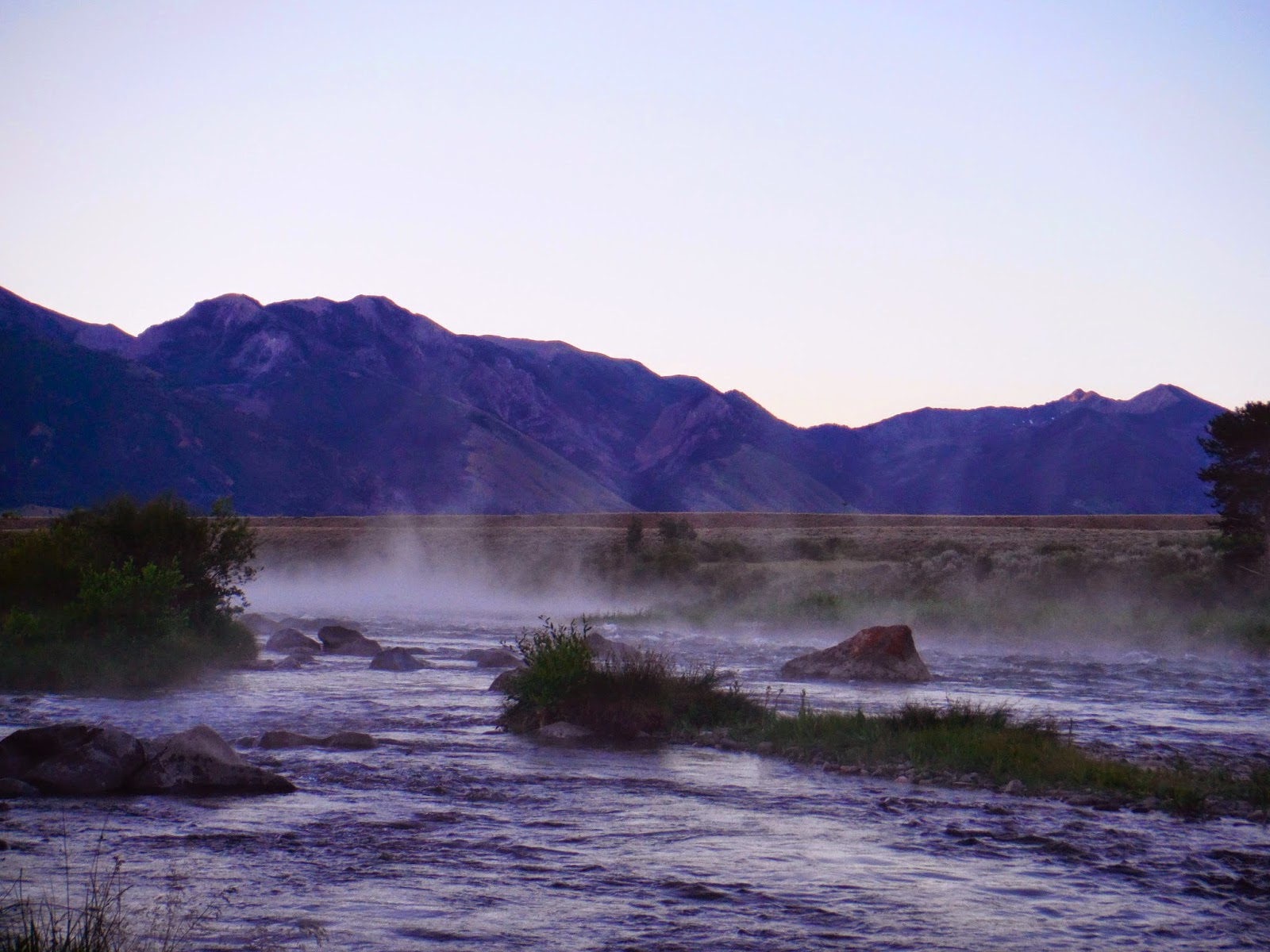 I practically did a tuck-and-roll getting out of the truck, and was geared up just as fast.
“Go ahead and get down there!” Jim said, as I rushed down to the river with little goodbye to either of them.  The mist rising from the water made the river feel haunted as I stepped in.  Armed with a silk kitty streamer, I began casting like mad, hitting every pocket of water I came across. 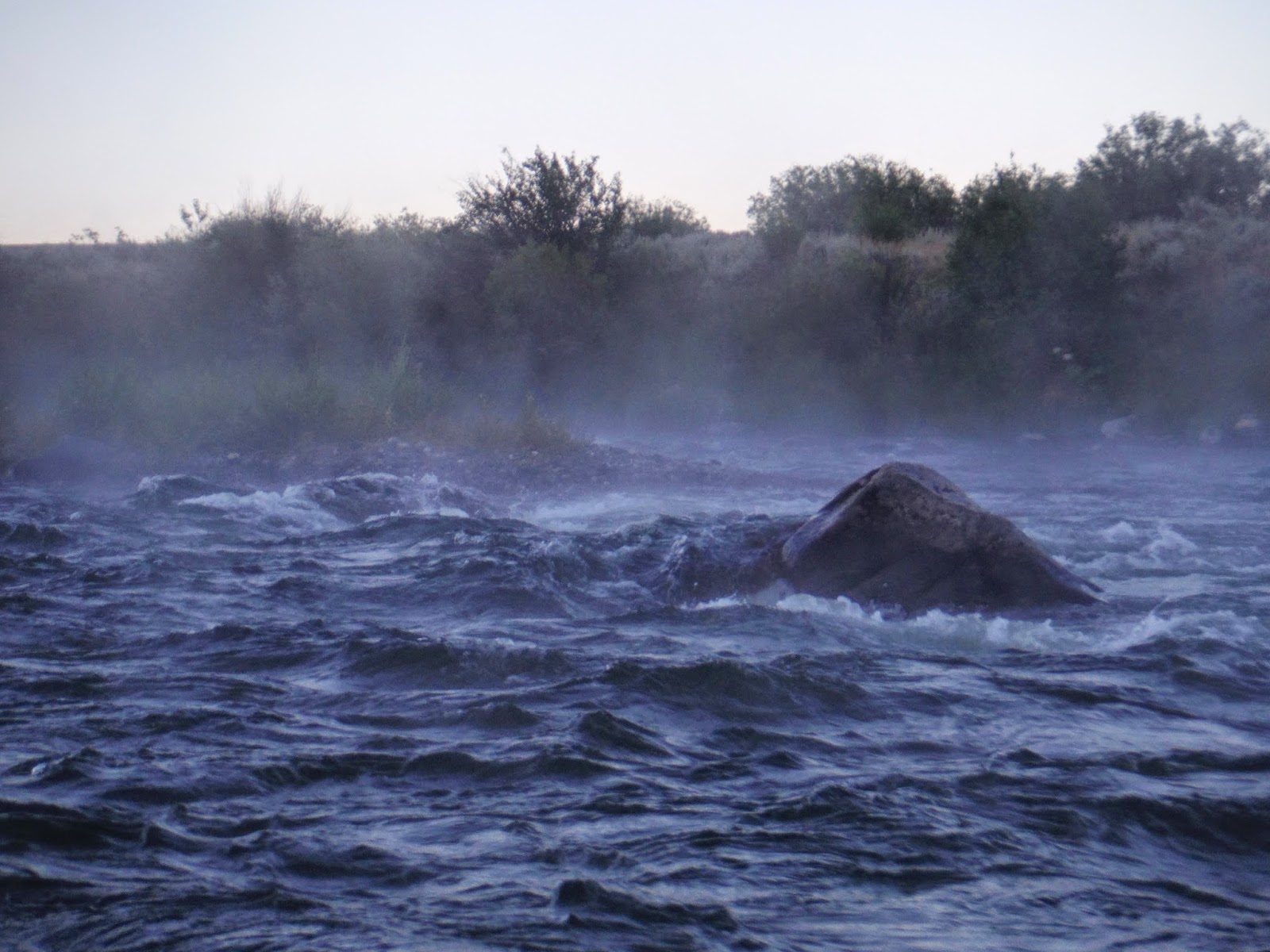 Finally after a good 20 minutes of casting, I got a hit, but only a hit. There was nothing to show for it, so I kept casting.  Before the first person drove up to the bridge, I had already covered half a mile of riverbank with only three hits and no fish.  A little frustrated, I walked back up to the truck where I spoke with a local man and his son. They both enlightened me that this section, at dawn, was phenomenal dry fly fishing, not really known for streamer fishing. 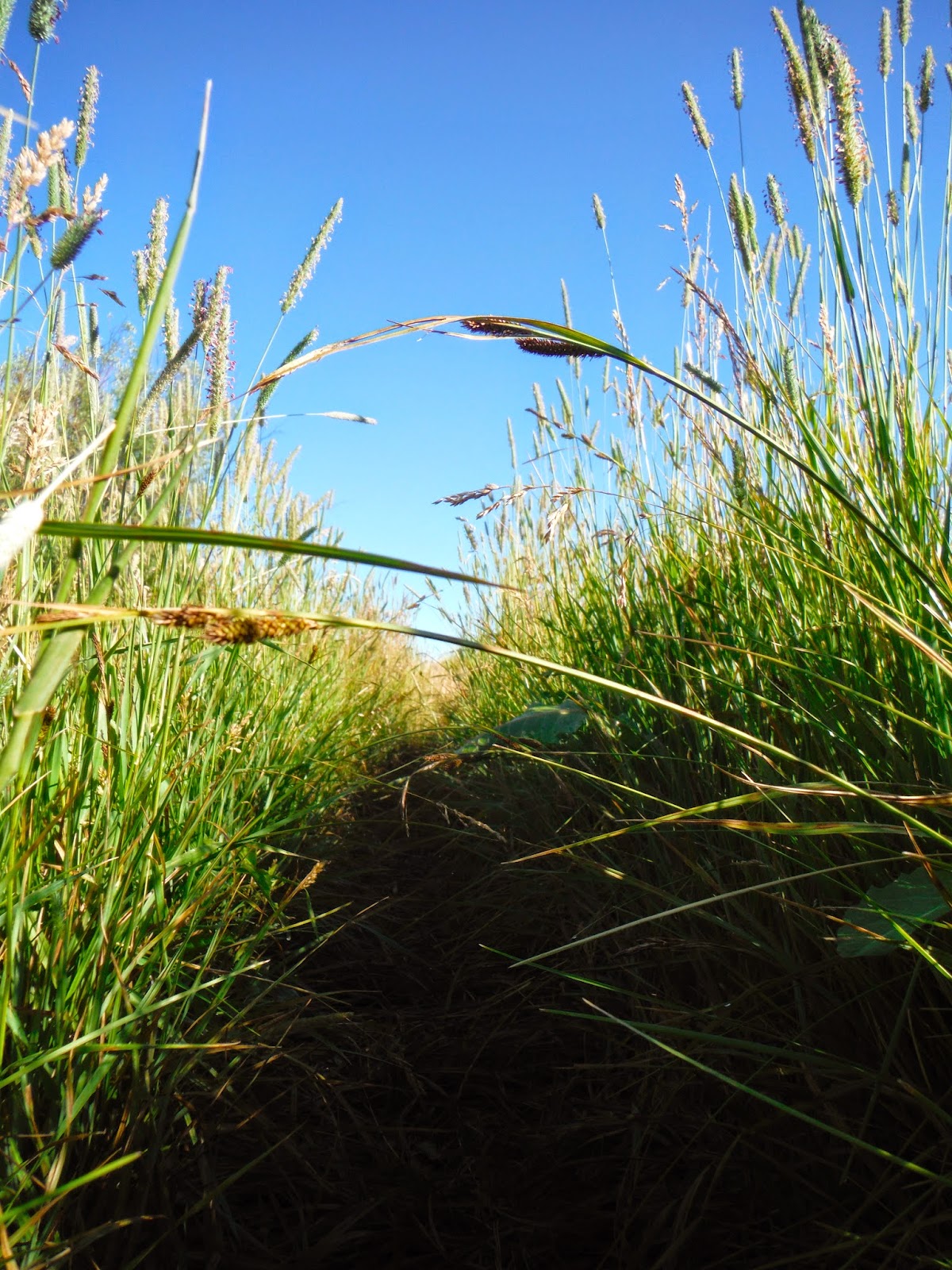 I was so disappointed with myself.  Not only did I have the opportunity to throw dry flies, I had already walked and blown out the best parts of the river with a streamer the size of a small cat. 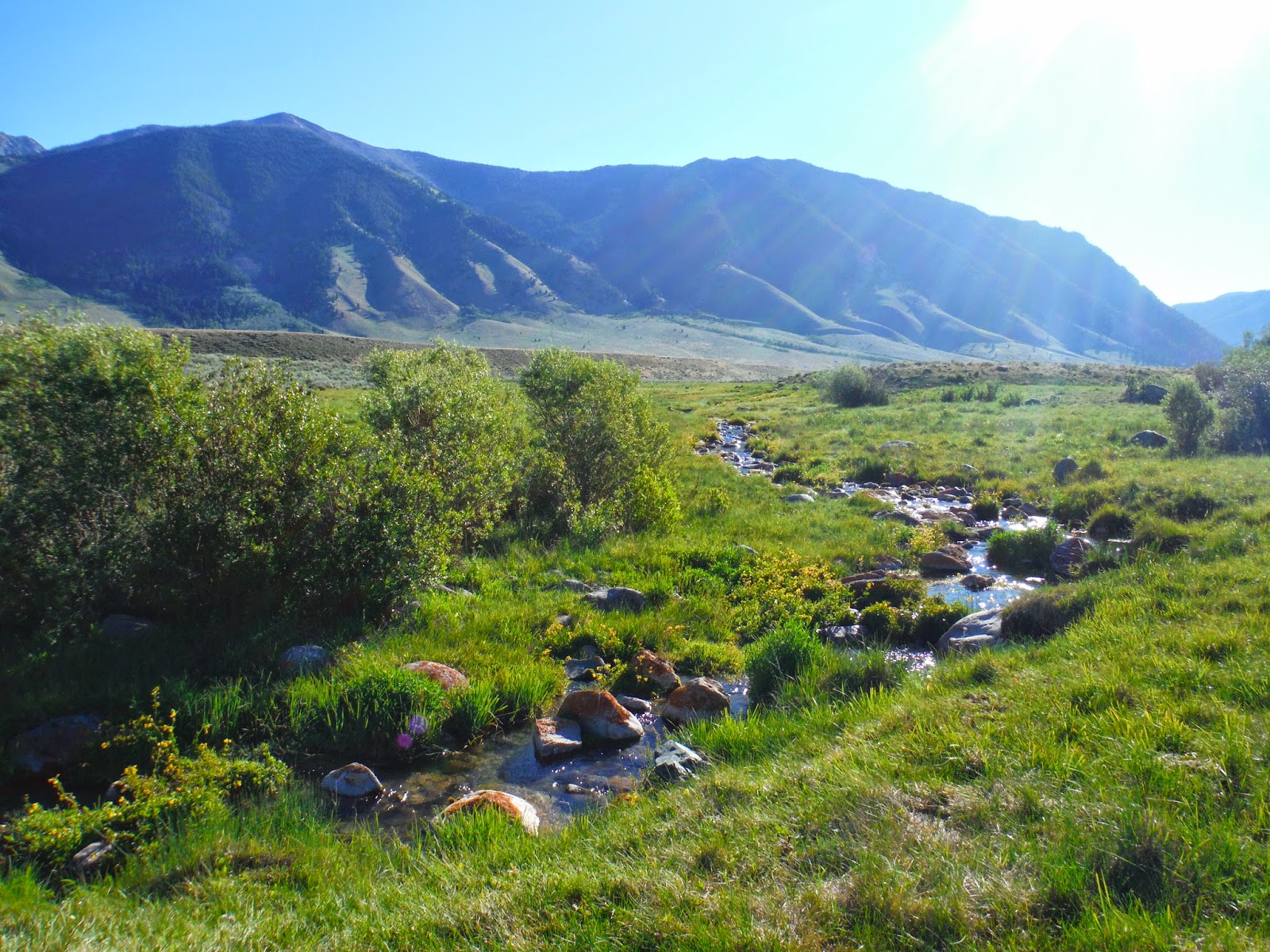 The sun was over the mountain now, and the hope for catching a morning fish was long gone. But the morning wasn’t a total loss; downstream, about a half a mile, Jim was able to pick off four trout, all on a PMD dry fly.  The prime time was over, so together we headed to a small restaurant for breakfast. 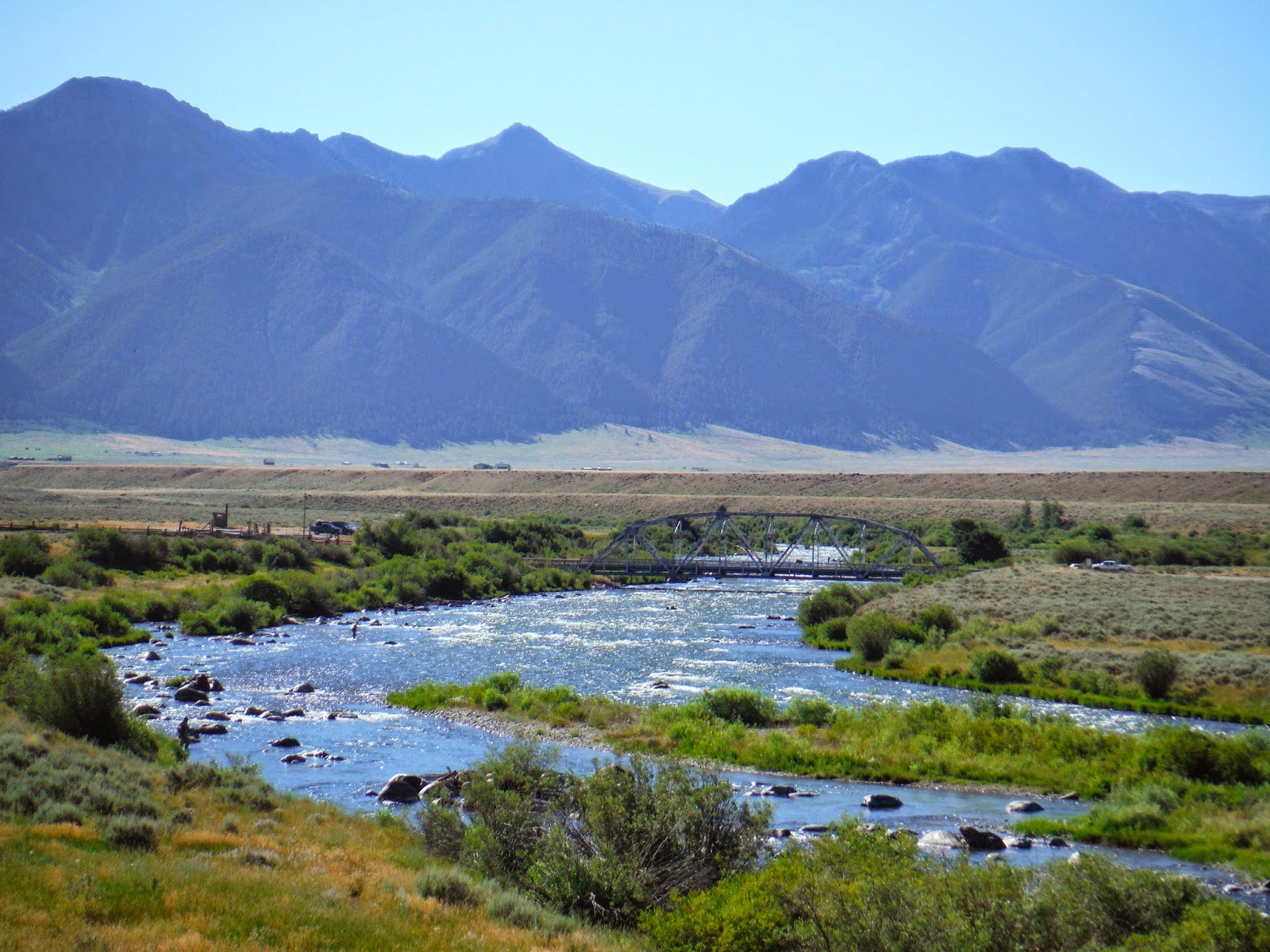 A siesta after waking up so early was welcomed by the three of us, but once it was over we headed to the Gallatin River for the rest of the day. 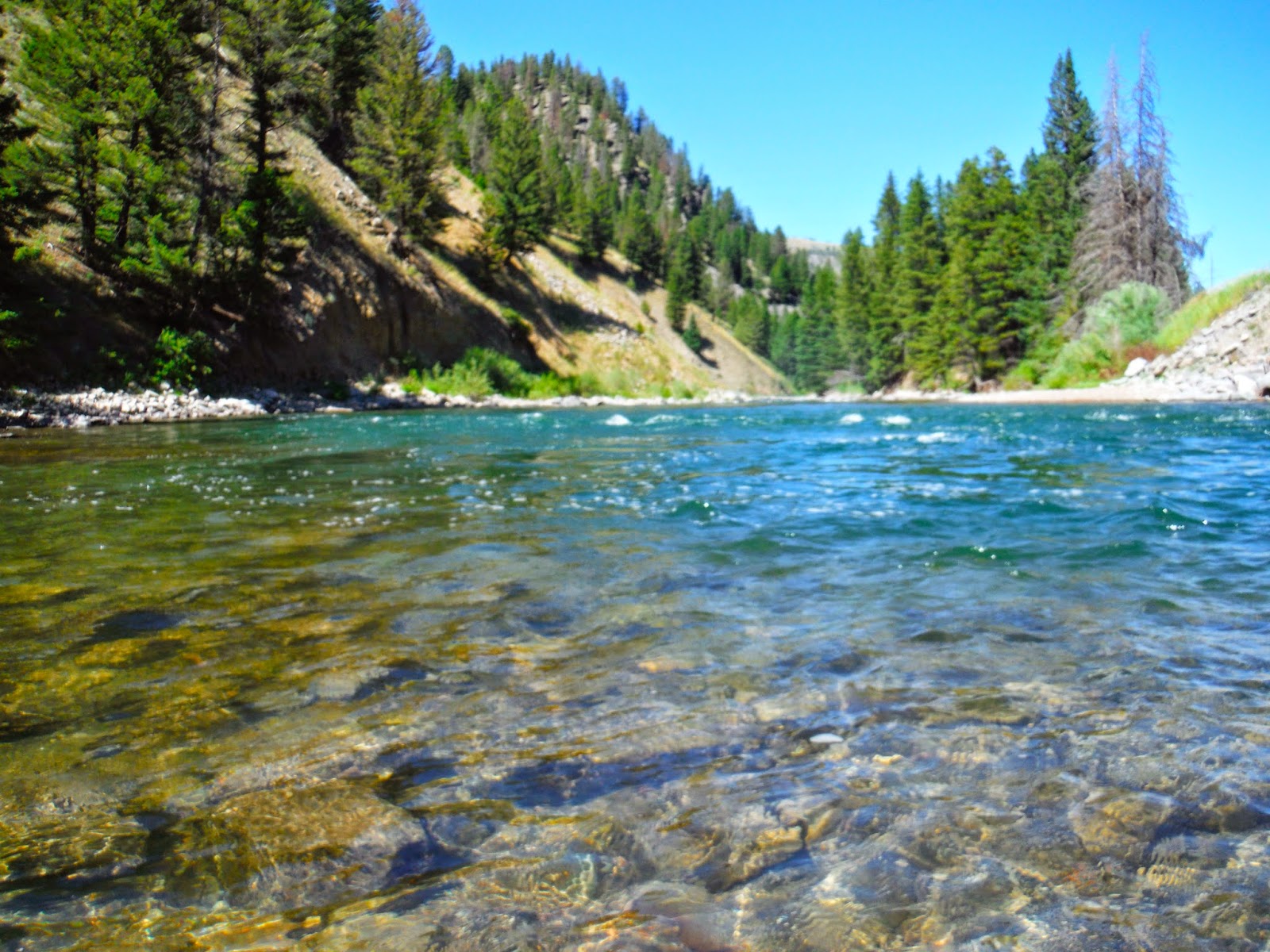 Mark walked downstream, while Jim and I headed up.  Hopper dropper was my set up, and I got into a nice brown trout in no time at all. 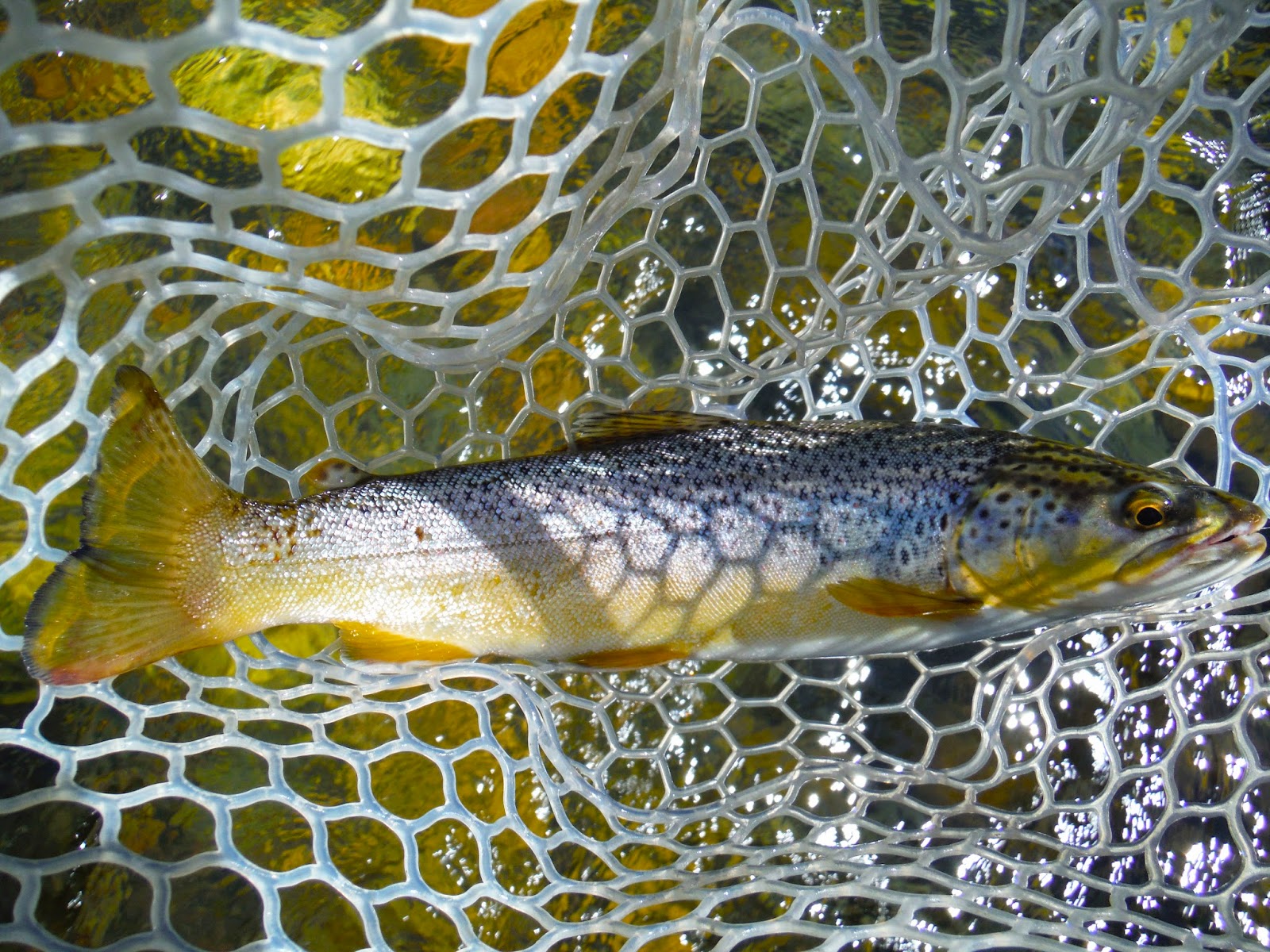 Just down from me was Jim, who was working a spot under a fallen tree.  He casted to a different section of the river, and in a flash had a fish! 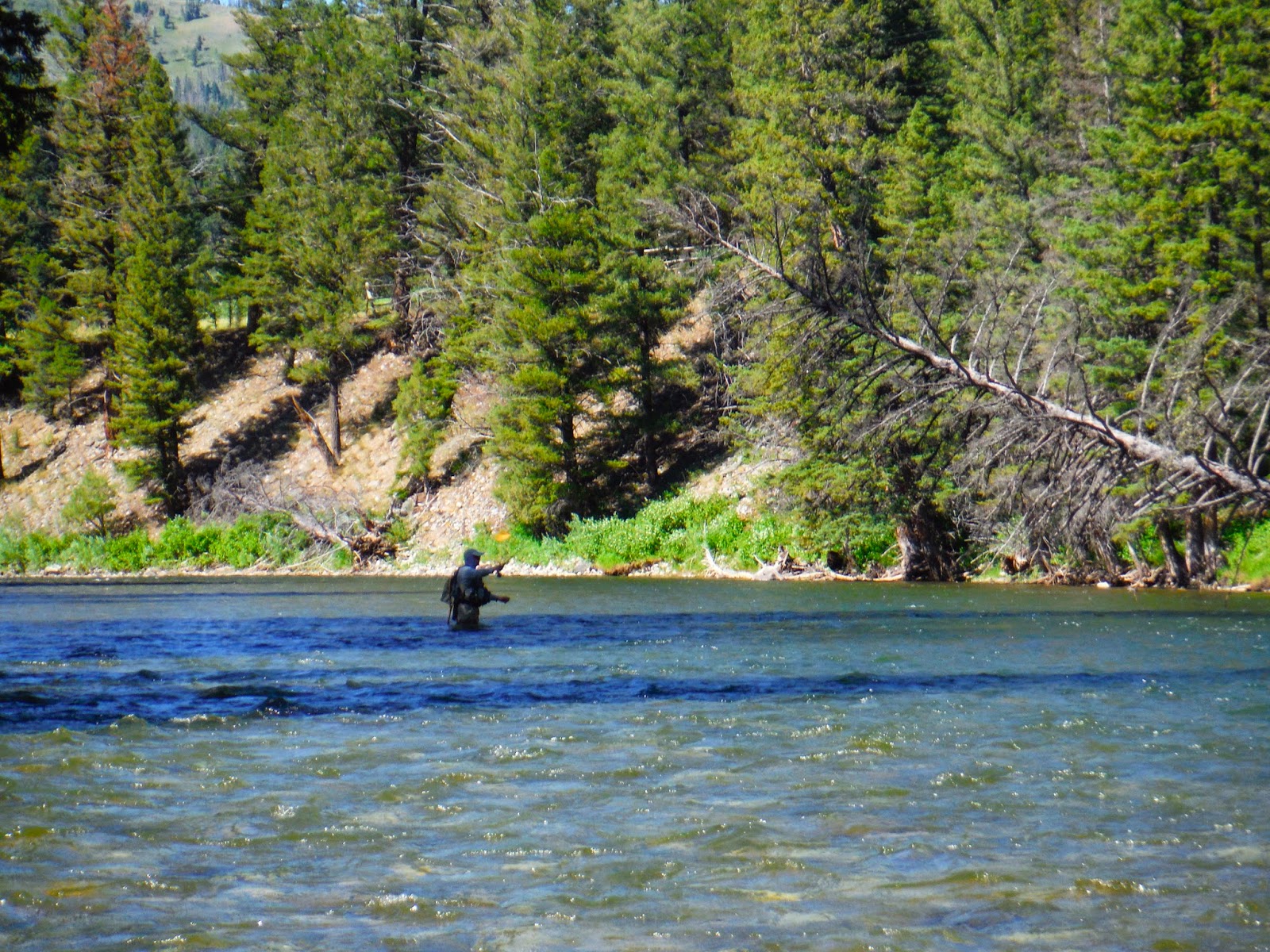 His two-weight rod bent into a question mark as he fought a nice-sized fish.
“He doesn’t want to come in.” Jim said after an attempt of netting his fish. I maneuvered downstream to help, but ended up in the way. 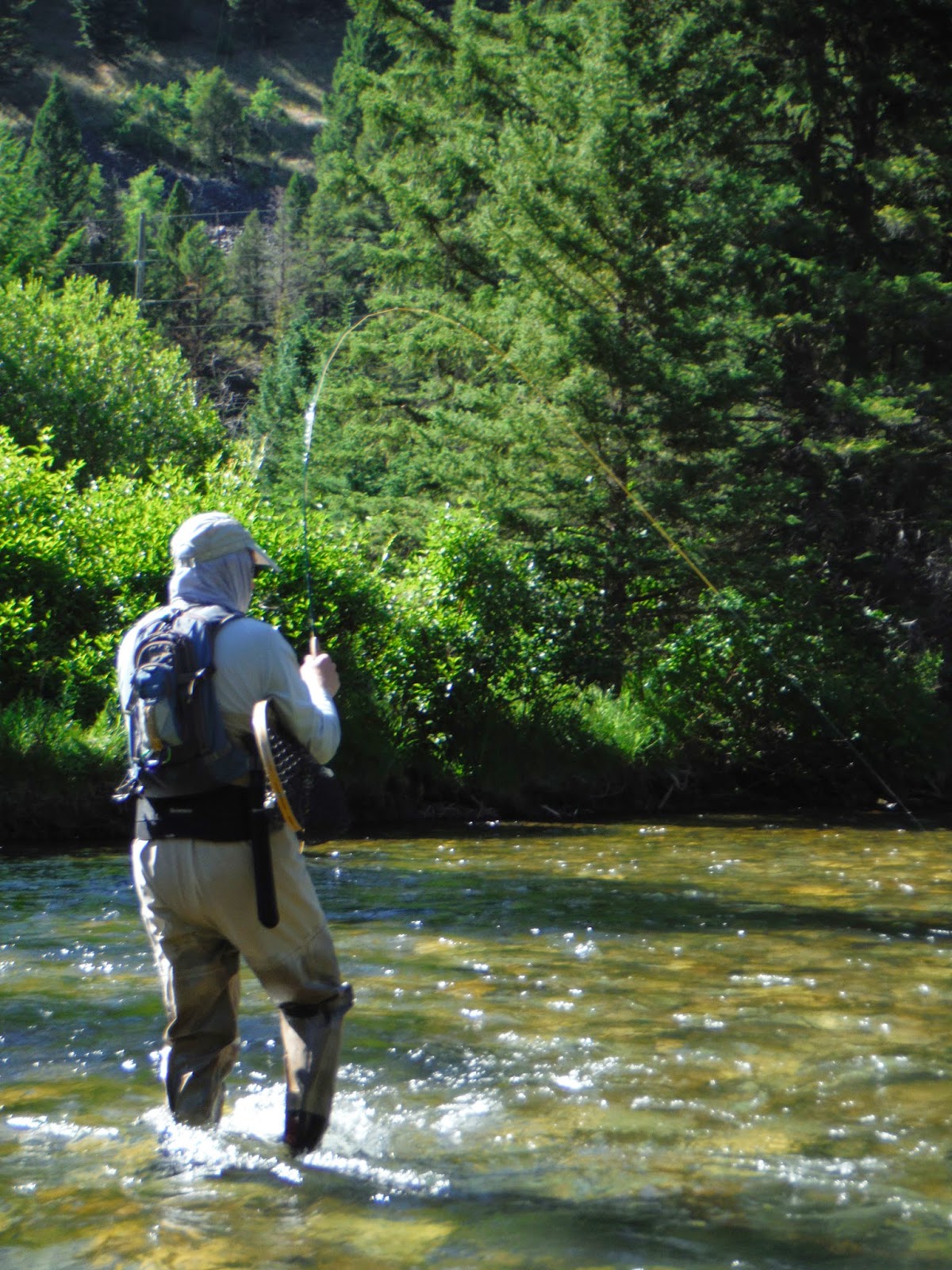 I tried to scoop up the fish, but it bolted upstream from Jim, then immediately back downstream.  The swift maneuver by the fish was faster than we could adjust for; Jim’s leader wrapped around his legs then broke as the fish darted away!
“Damn!” Jim yelled, as his rod sprang back to lifelessness.
We soon found Mark and drove upstream to find another spot that was a bit rocky.  We fished it for a little while before heading up to the last spot of the day. 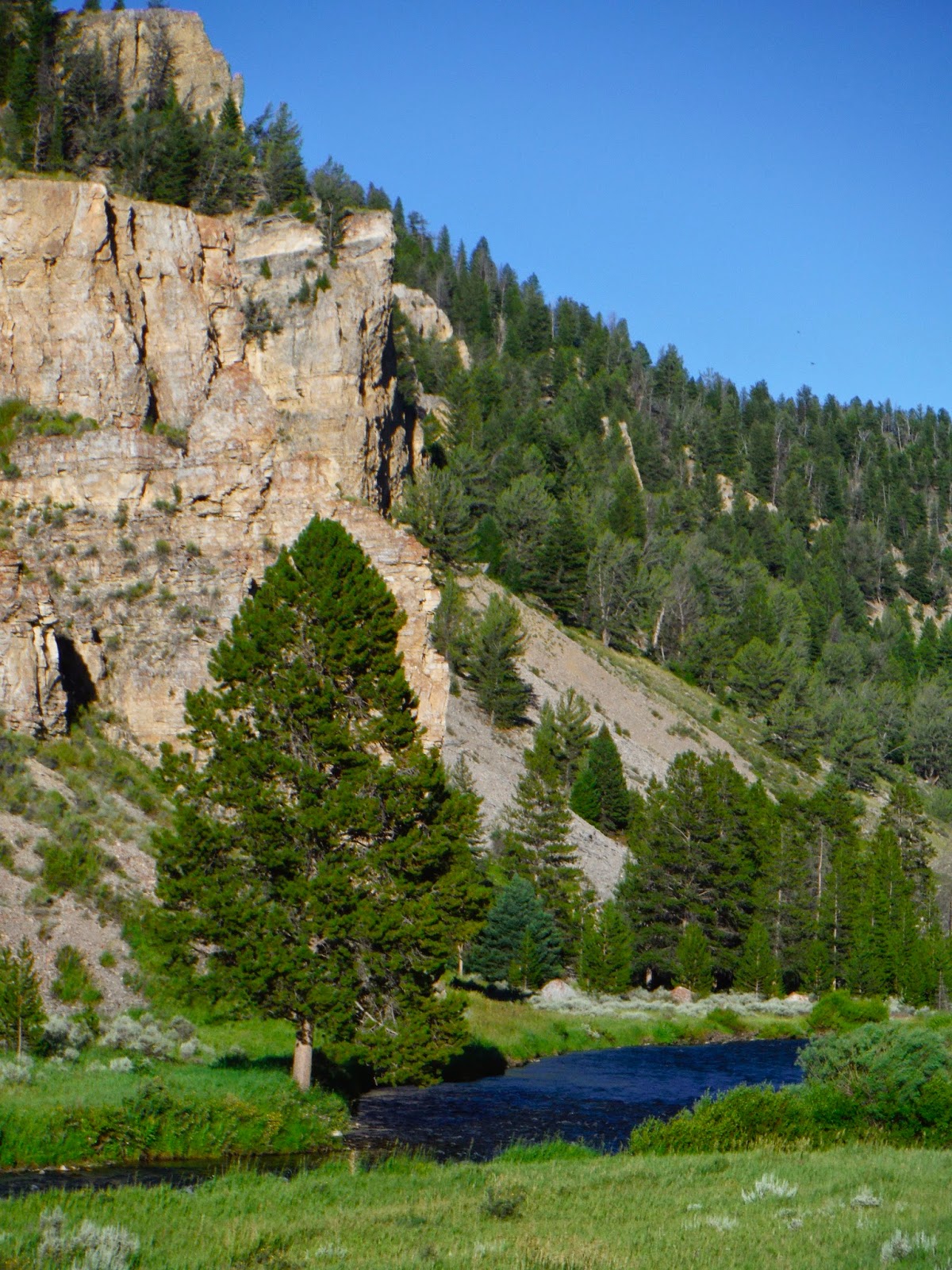 Fish were rising like crazy as I approached the water carefully. Caddis were everywhere, so I tied one on and pitched it out.  The splashy rise of a fish came after my fly had gone over it a number of times.  This is not what they want, I thought as I took another look at the bugs that were hatching. A darker mayfly, I decided to identified as a march brown, was hatching, so I switched to a Mahogany RS2. I presented my fly in the feeding lane of the previous fish, and it took on the first cast. 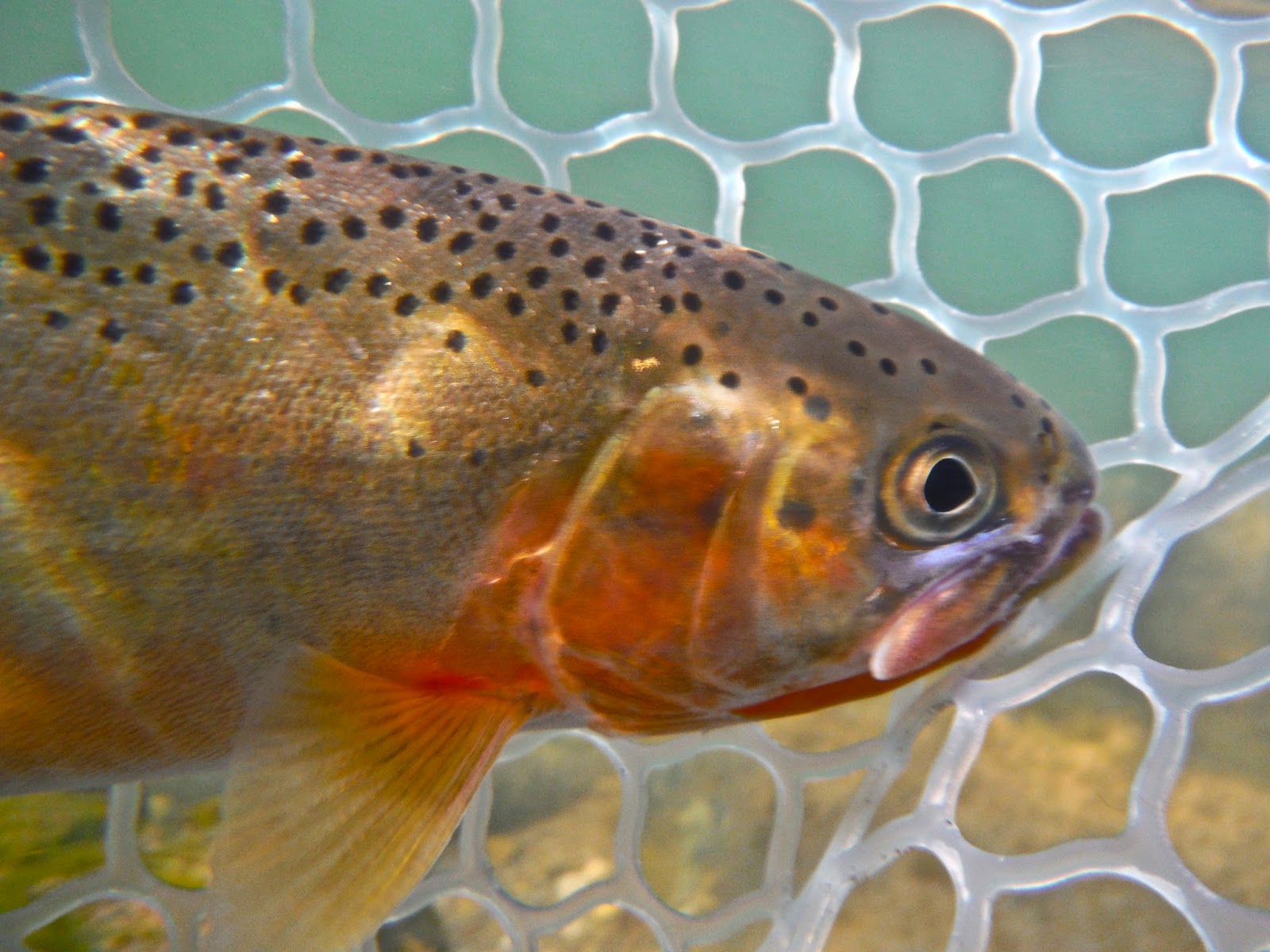 The little fish came in fast and darted away just as quickly. I soon casted my fly out again, and was refused every time.
“What the hell, fish?!” I asked.  I had just figured them out, or so I thought.  Adult march browns were floating by, untouched, as fish continued to rise.  They must be hitting emergers, I thought, and switched my fly to a suspended midge.  Sure enough, a fish that once snubbed my fly nailed the suspended midge with force! 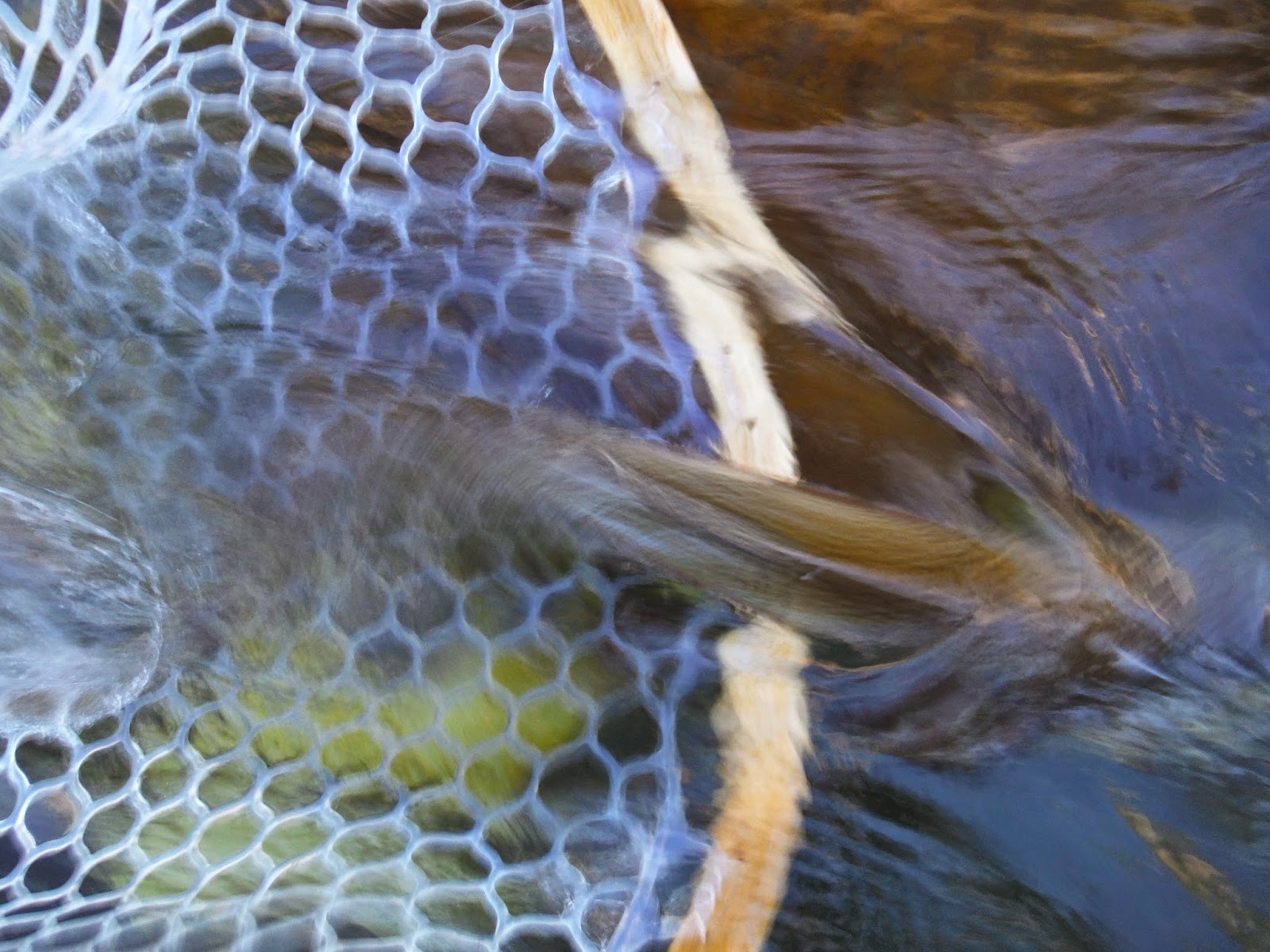 I had figured it out, and better sooner than later.  The sun was quickly fading behind the mountain range, so our time on the water was becoming very limited.  After another fish, I quickly ran downstream to Jim and handed him a few suspended midges. 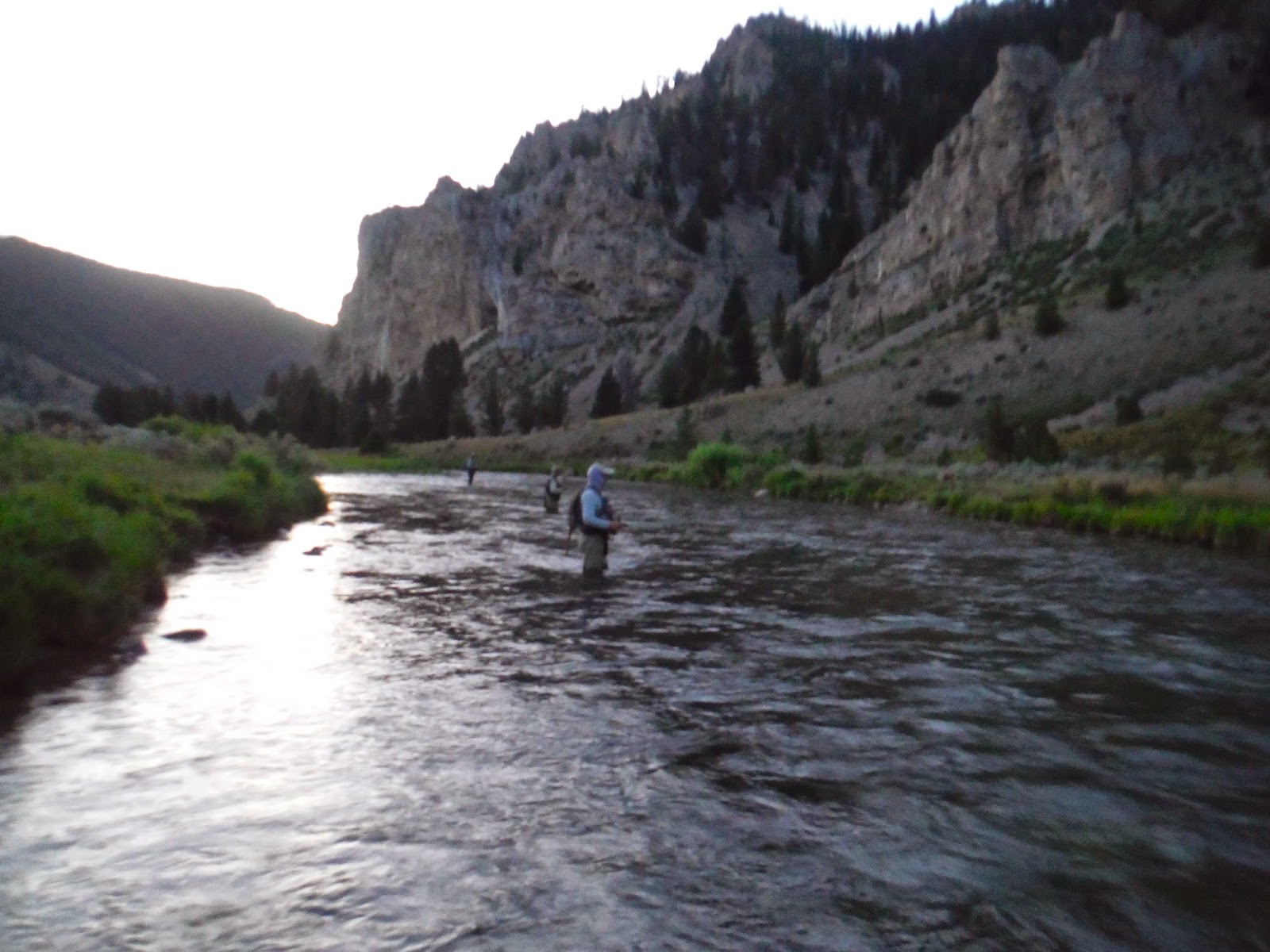 “There’s one!” Jim yelled, setting the hook and bring in his fish fast.  He quickly released it and went back to fishing. If I thought the fish were rising like crazy before, it was nothing like what I was seeing now.  Jim and I were bring in fish like there was no tomorrow, and the hatch was only getting better. 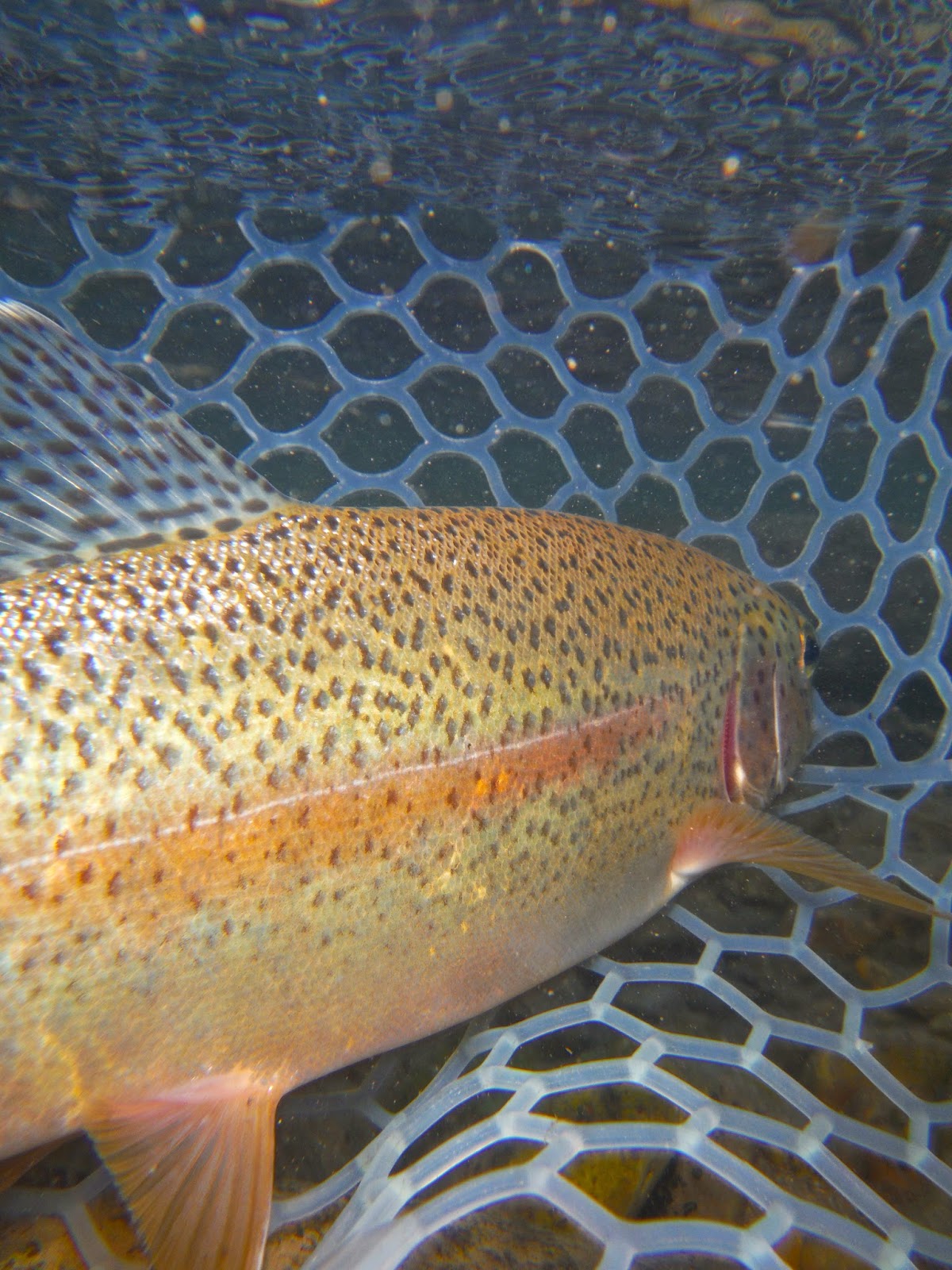 I had to pull my buff over my nose to breath, because the hatch was so intense.  In the thick of it all, I thought about Mark and wondered if he was having as good of a time as Jim and I were. The suspended midge is not something the average fly fisher has stuffed in their box, so I made my way downstream to find him.
“How are you doing?” I asked Mark, as he walked over to greet me.
“Man… these fish are rising everywhere, and they want nothing to do with my flies.” Mark said, holding up his flies.  A size 10 Goddard caddis and a size 14 elk-hair caddis was what Mark was throwing, but it was far from what the fish were taking.
“Let me see this…” I said, clipping off his flies, and tying on a suspended midge. As luck would have it, in the amount of time it took me to walk down to Mark and tie on his fly, the fish had switched what they were keying in on.
“Wow, this fly is amazing!” Mark said sarcastically, after being refused over and over again.
“It was working just a second ago!” I protested. But he was right, it wasn’t working.
“Look, there’s a PMD!” Mark yelled.
“It’s a march brown.” I said back, “Tie on a mahogany emerger of some kind.”
“I’ll try this Quigley’s cripple in a mahogany.” Mark said, and flicked it out to the first rising fish.  WHAM! His fly got nailed, and he quickly brought in his fish for a picture. 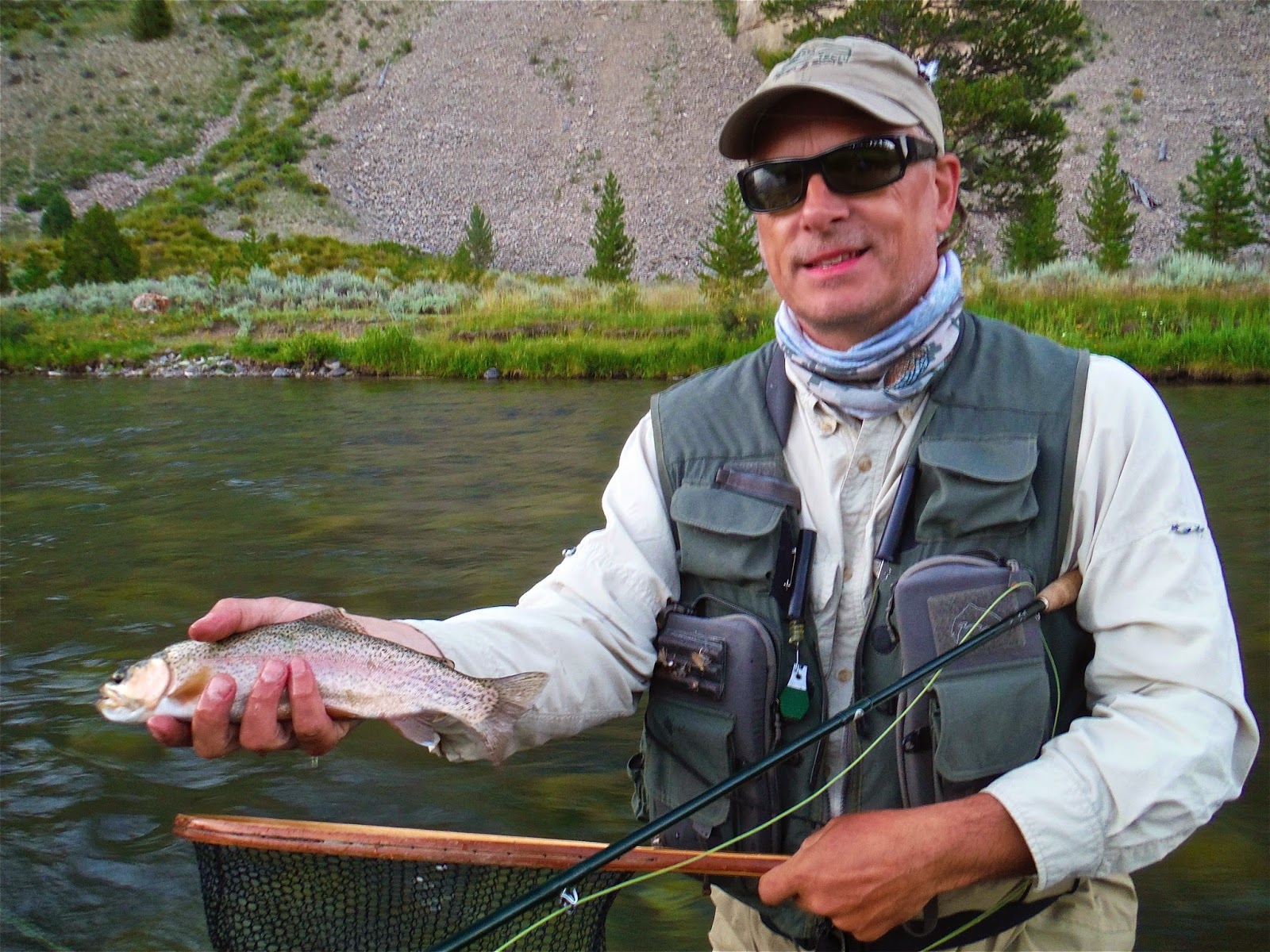 After switching my fly out several times, I was getting a little frustrated from getting refusals left and right.  Mark on the other hand, was bringing in fish left and right, and everyone in earshot knew.
“OH BABY!” Mark yelled bringing in another fish.
“Let me see that fly!” I said, and Mark walked over to show it to me.
“You have got to be kidding me?!” I said, dumbfounded.  Mark’s fly looked like it had been tied by a drunk, blind guy who had no clue about mayfly proportions. And in all reality, to me, was a fly that would have not made the cut.
“It’s not my best fly…” Mark said, “But it’s working.”
“I have lost all respect for these fish.” I said laughing. “Do you have another one?”
Mark plucked out another one of his flies from his box and handed it to me.  As I tried to tie it on in the dark, Mark continued to pull fish out of the water.
“You’re right, Erik, this is a terrible fly!” Mark said laughing, fighting another fish.
I was too busy trying to get my tippet in the eye of the hook to reply to Mark, and then I discovered the problem: the fly I was handed was also tied by Mark, therefore the eye of the hook was completely cemented shut with glue.  I pulled out my snips to use the needle and pierce through the glue, but when I applied the pressure, the eye of the hook broke clean off.
After a little pity party, and Mark’s fifth fish, I grabbed my last fly of the night out of my box: a PMD looped-wing emerger.  With perfect proportions, and an eye that was clearly open, I tied my fly on quickly and presented it to the rising fish.
“It’s about time!” I yelled, feeling the weight of a fish on my line. Mark came over as I netted my fish, and was nice enough to take a picture. 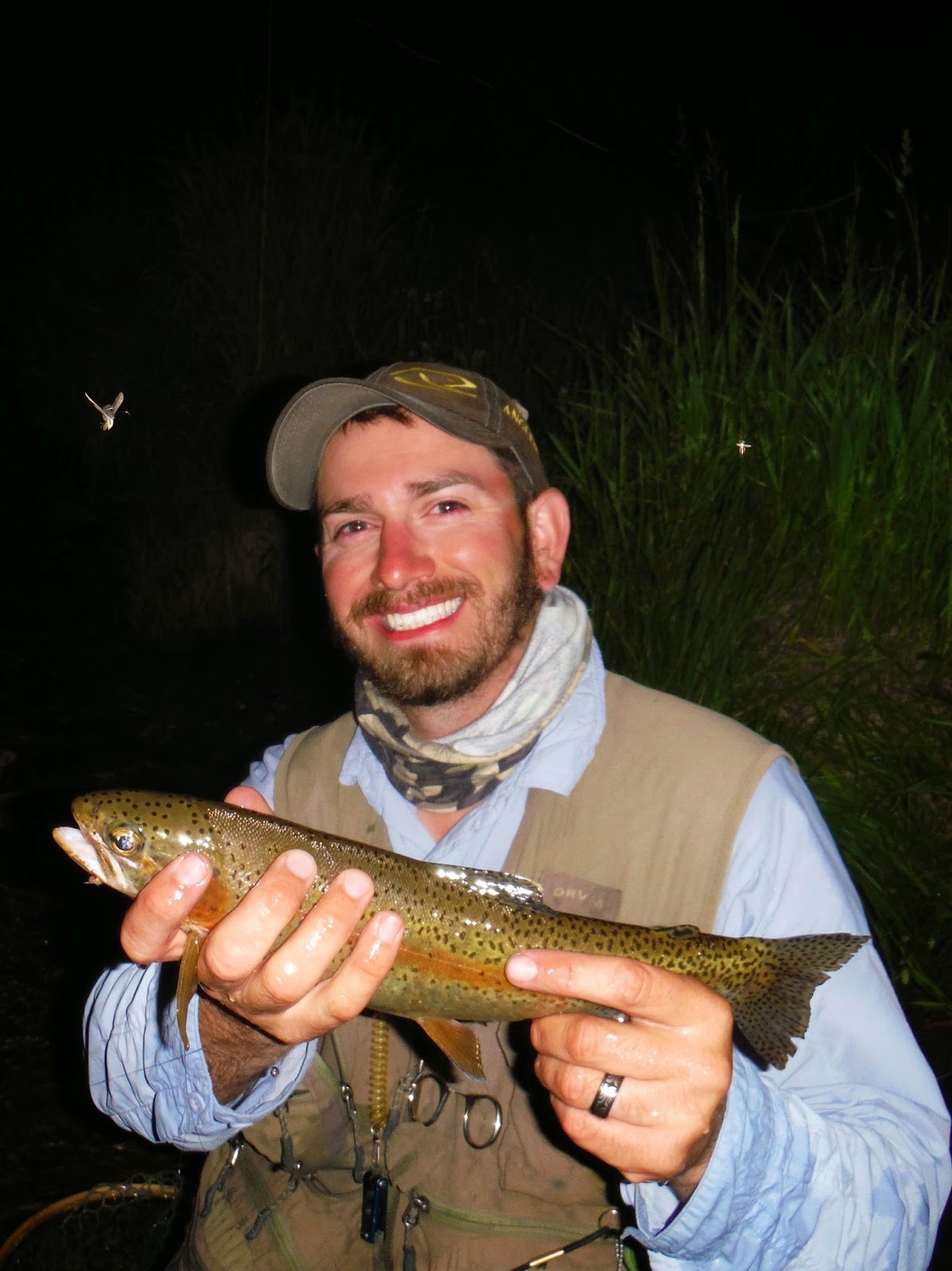 A few more fish were caught by us both before Jim came down to find us, and we all walked back to the truck together.
“Now that was fishing!” Jim said happily, as we all sat in the truck to warm up.  We definitely deserved a good day on the water, especially after that morning.  The next day we were to head home, but not before one last stop on the way back.

1 thought on “An Early Morning Ends with a Great Night”