Skip to content
Half an hour was all I said it would take to drive to the stream off the main highway on the way home. But when 45 minutes went by with no sign of the stream, the guys were second guessing my time management ability.
“I don’t think Erik was being truthful about the drive time to this small stream.” Jim said to Mark, who was also wondering how much longer it would take.
“Look! The ‘Be Bear Aware’ sign.  We’re almost there!” I said happily. 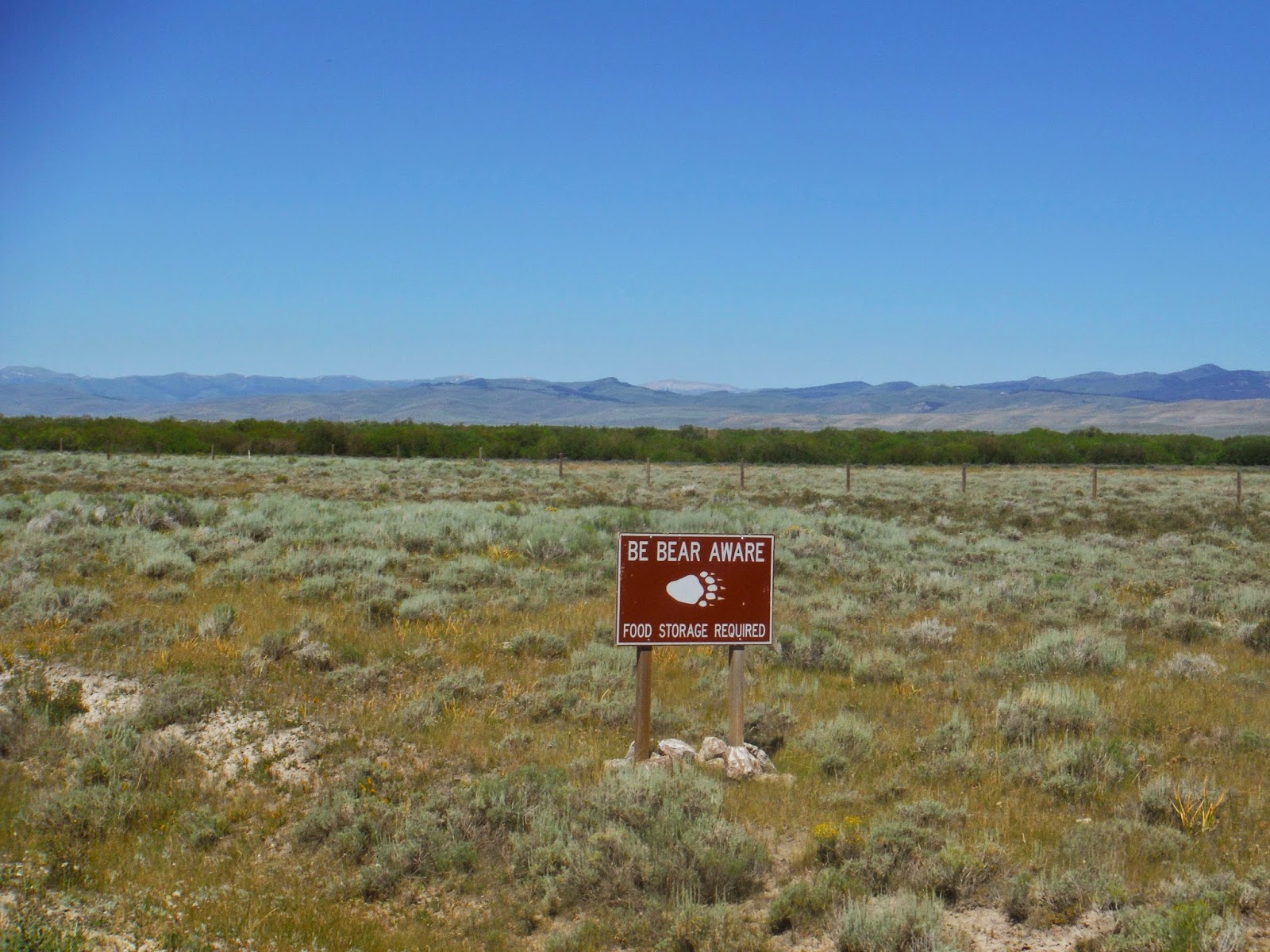 “There’s bears now?!” Jim said, laughing. “I’m beginning to think you are trying to get rid of us.”
We finally reached our stopping point, and Jim brought out his bear spray to hook to his belt.  I brought out mine as well, and secured it so that it was an easy reach… if I needed it. 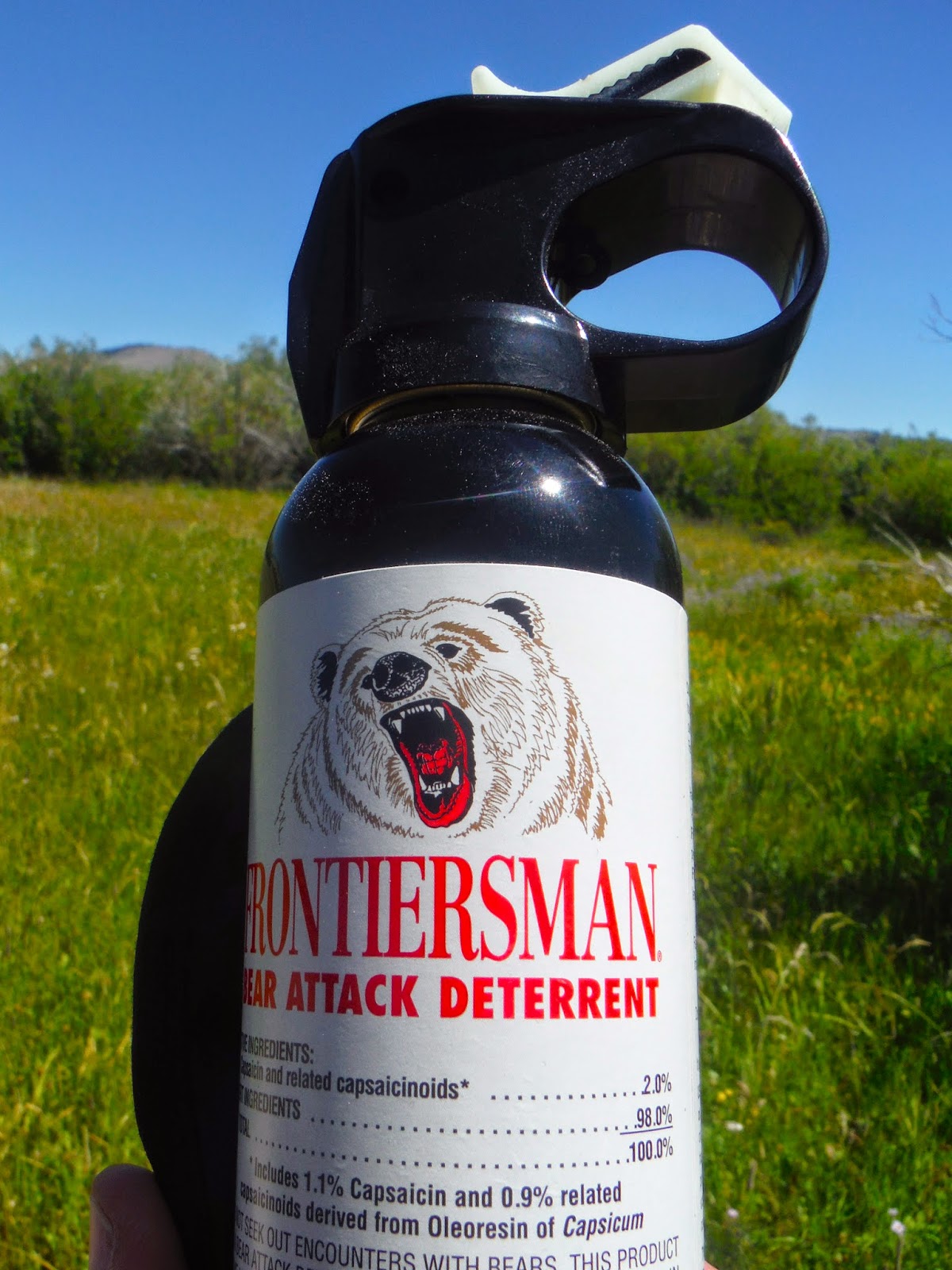 “Hey guys…” Mark said, “I don’t have bear spray.”
Jim looked over at me and said, “Well, Erik, I guess we know who we’re leaving behind if we see a bear.”
We both smiled, as Jim clipped another item onto his belt to avoid bears: a single jingle bell. 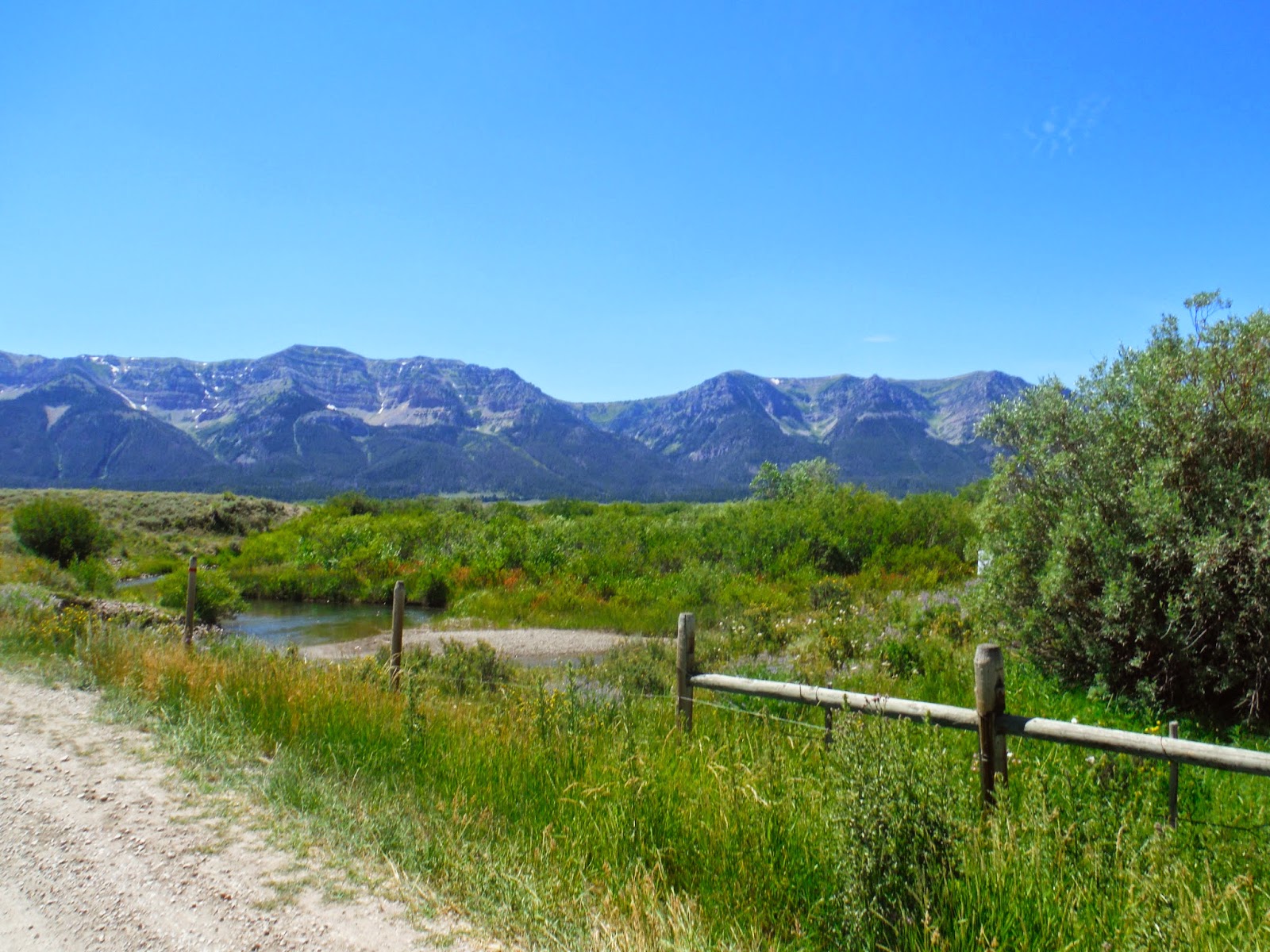 Jim’s bell jingled with every step as we made our way to the stream.
“It’s gorgeous out here.” Mark said.  The stream was gin clear, and the surrounding mountains provided a nice backdrop as we walked further away from the truck. 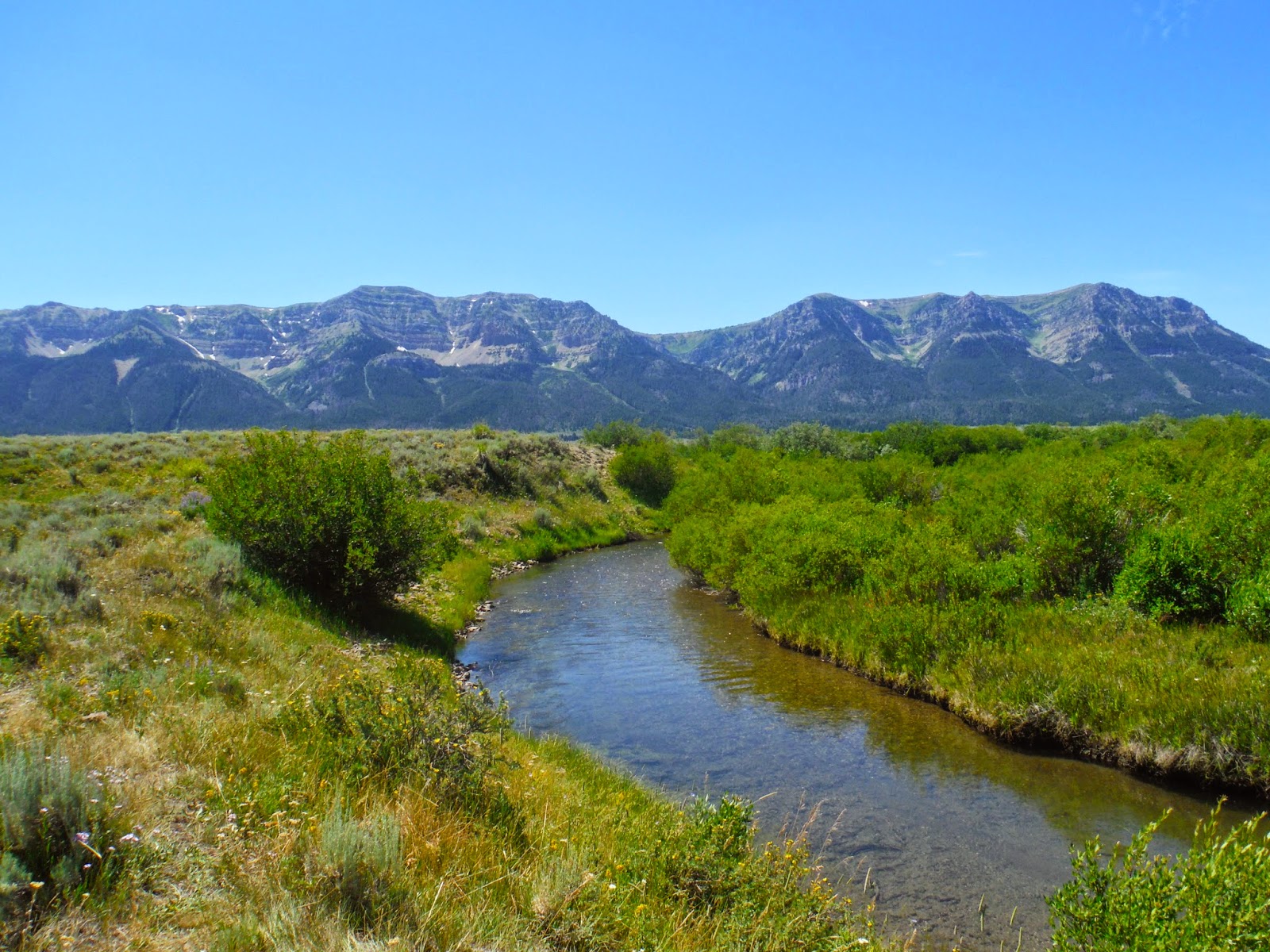 “That’s a nice spot.” I said, and Jim gave me the go-ahead to fish the spot first.  I slid down the steep embankment and got into position to cast.  My fly hit the water, and a small fish came up and whacked at it.  The small gray bullet was too fast to react to, and it had released my fly before I had a chance to set the hook.  I switched my fly to something smaller, and made another cast.

The fish that I knew was hiding in the undercut bank was being snobby.  Only the perfect cast with the right amount of drag would coax it to come up and look, but it wasn’t taking my fly.  I knew I was spending too much time on this fish, but it had refused me a number of times, and my stubbornness was getting the better of me.  I tied on a CDC caddis and, on the first presentation, the little gray bullet shot up and took my fly.  This time I was ready; I set the hook in a flash and yelled, “Gotcha!”
“What is it?” Jim asked. He was working a hole just downstream from me and looked up to see my fish.
“It’s a grayling!” I said happily. 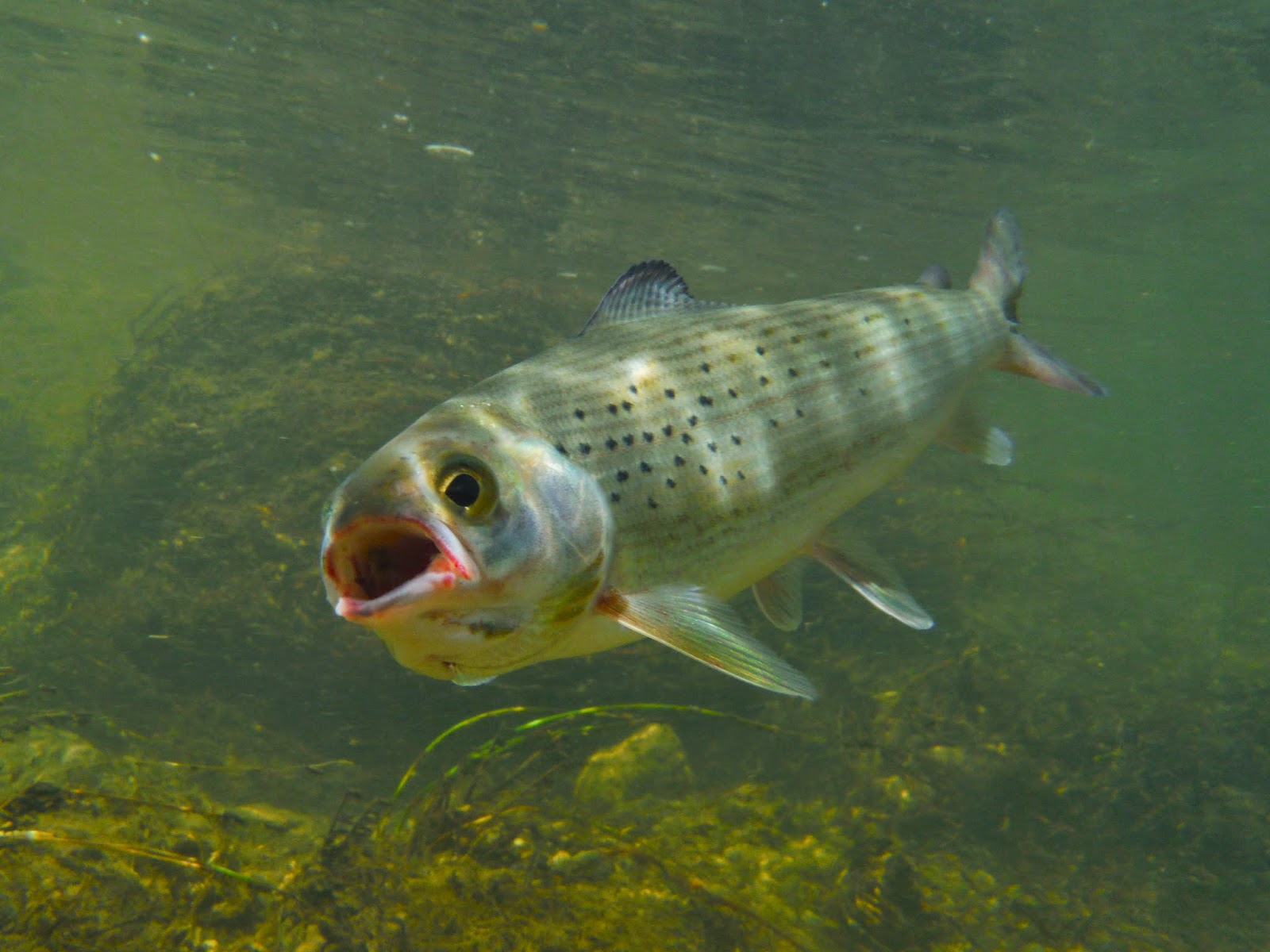 It was rumored there were grayling in this little stream, and now it was confirmed! The little guy swam off as I headed upstream to the next spot.

Large shrubs created nice shadowy hiding spots for unsuspecting grayling just upstream.  I casted my fly out, and it got a hit almost immediately.  Once more, the fish that hit was so fast that by the time I had set the hook, it had already recognized my fly as a foreign object and spit it out.  I casted again, and my fly hit softly.  The same little grayling shot out from the shadows, but this time it wasn’t going to get away.  I lifted my fly rod to set the hook before the grayling had taken my fly.  It had to be done this way, because the grayling moved so fast.  In the split second it took to lift my rod and tighten my line enough to set the hook, the grayling had bit down on my fly.  The perfect timing and speed of the hook set ripped the grayling out of the water.  It fought as best as it could to get away, but with some quick adjustments, I brought it in fast. 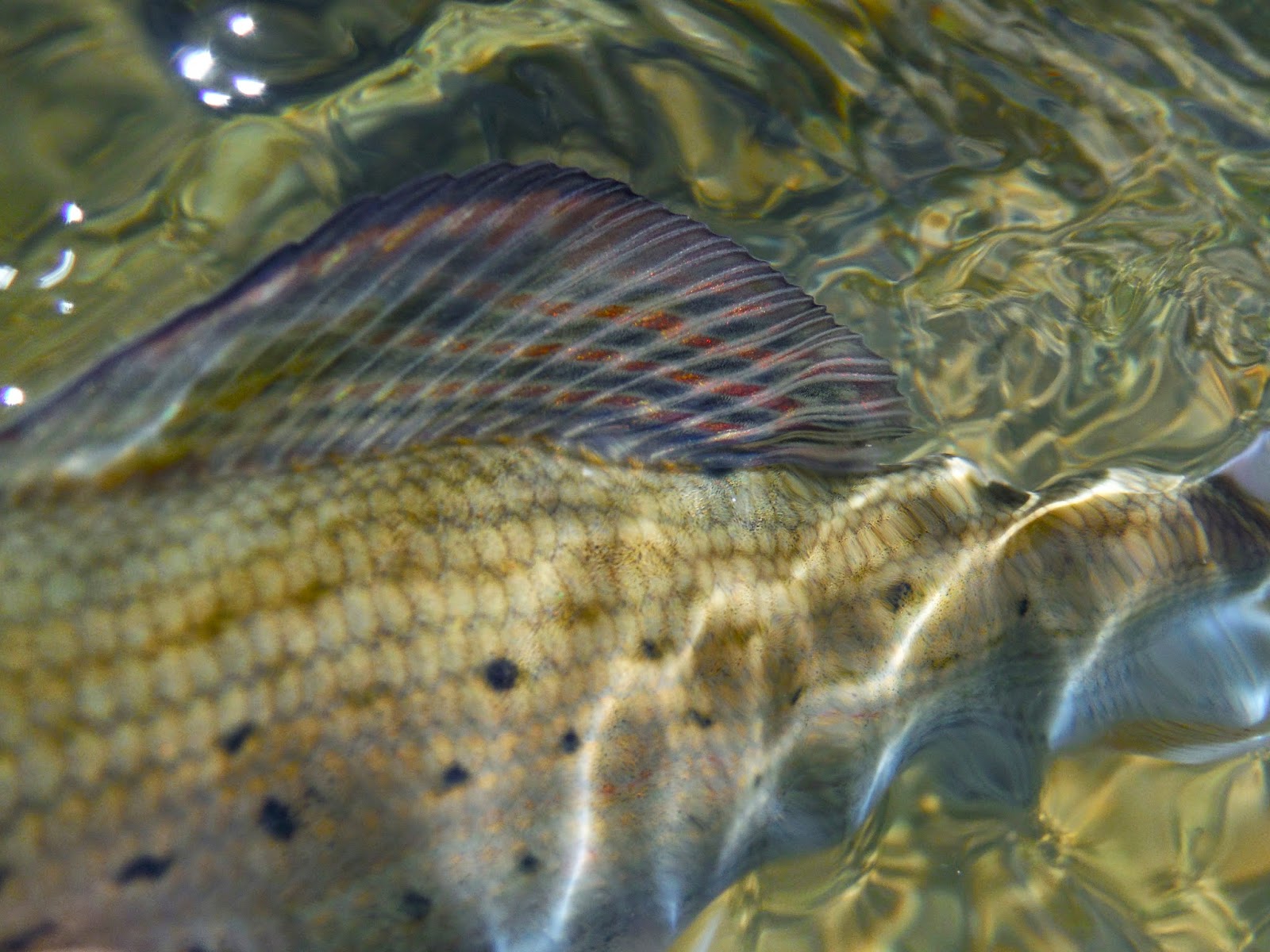 A subtle jingle signified Jim was approaching, and when I looked up I saw that Mark was with him. 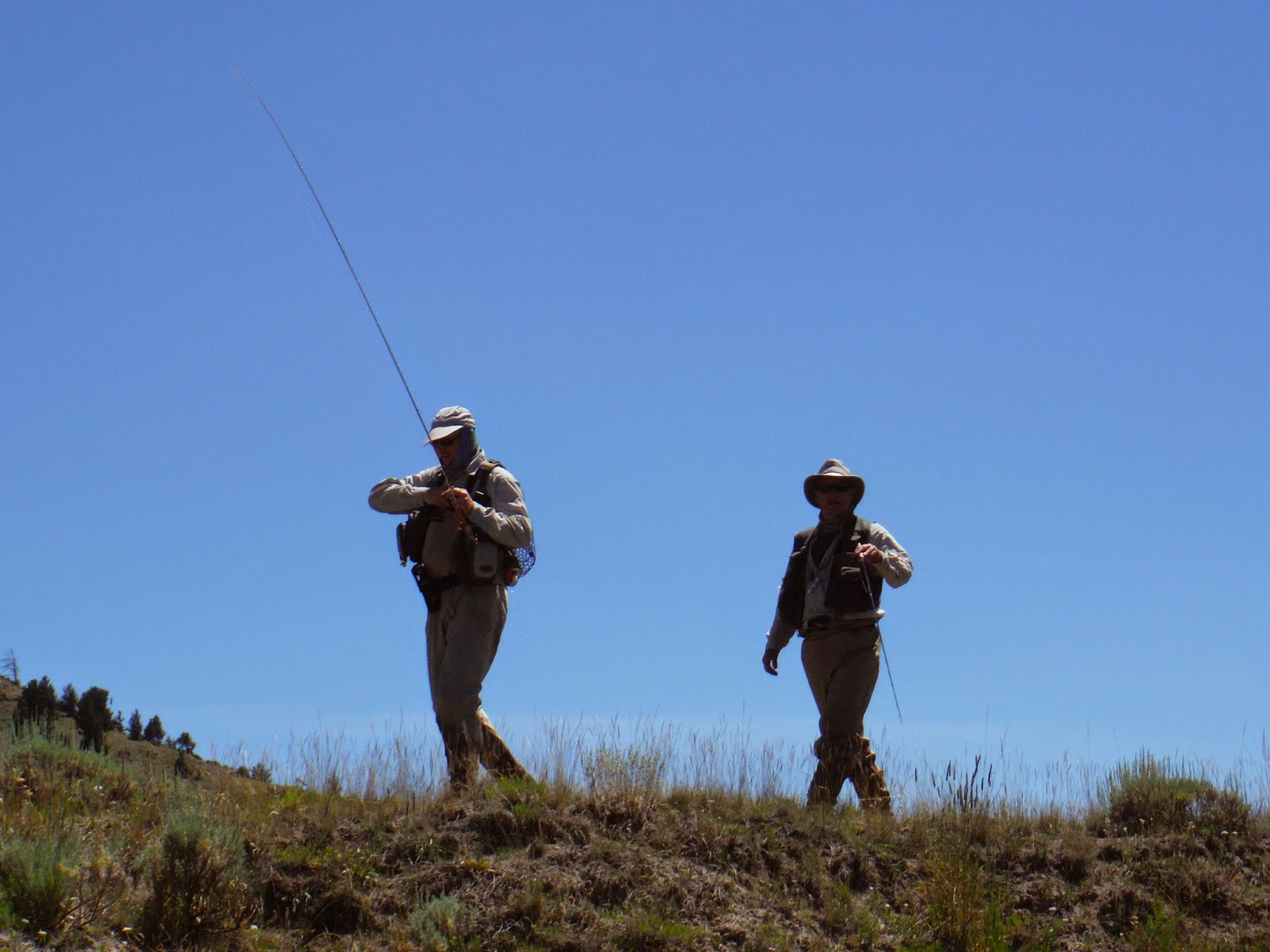 “We better get going.” Jim suggested. After all, he was only expecting a 30-minute drive in that took about an hour.
“How did you guys do?” I asked, trying to stall.
“Mark caught a nice grayling just downstream from where we started.” Jim said, “I haven’t caught anything.”
“Why don’t you try this spot right upstream from me?” I asked, “it looks promising.”  Jim looked at his watch, then decided to have one last go for the grayling. 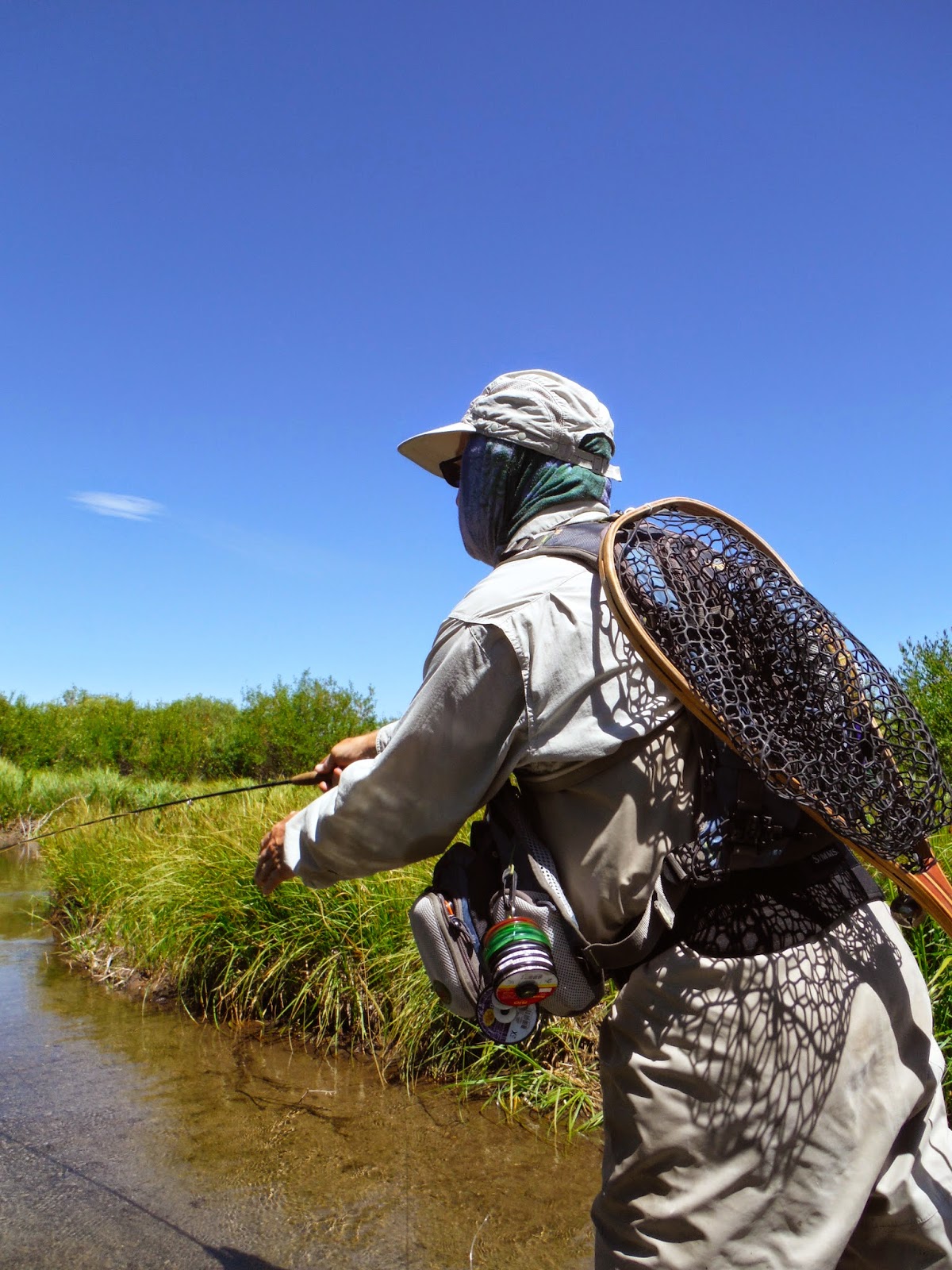 We spotted a nice-sized grayling in the deeper part of the hole, but it didn’t want anything to do with any of our flies.  After 15 minutes of casting, Jim insisted we get going.  Both he and Mark started walking away as I stayed put, casting for the fish.  The large fin of the grayling swayed in the water like sparkling blue ribbon. It was one of the hardest things to walk away from.  As I caught up with Mark and jingling-Jim, we saw a few guys just upstream from us fishing.
“I bet those guys already caught that grayling we saw back at that spot; that explains why it was pissed off and didn’t take our flies.” I said. It was a good excuse as to why I didn’t catch it anyways. 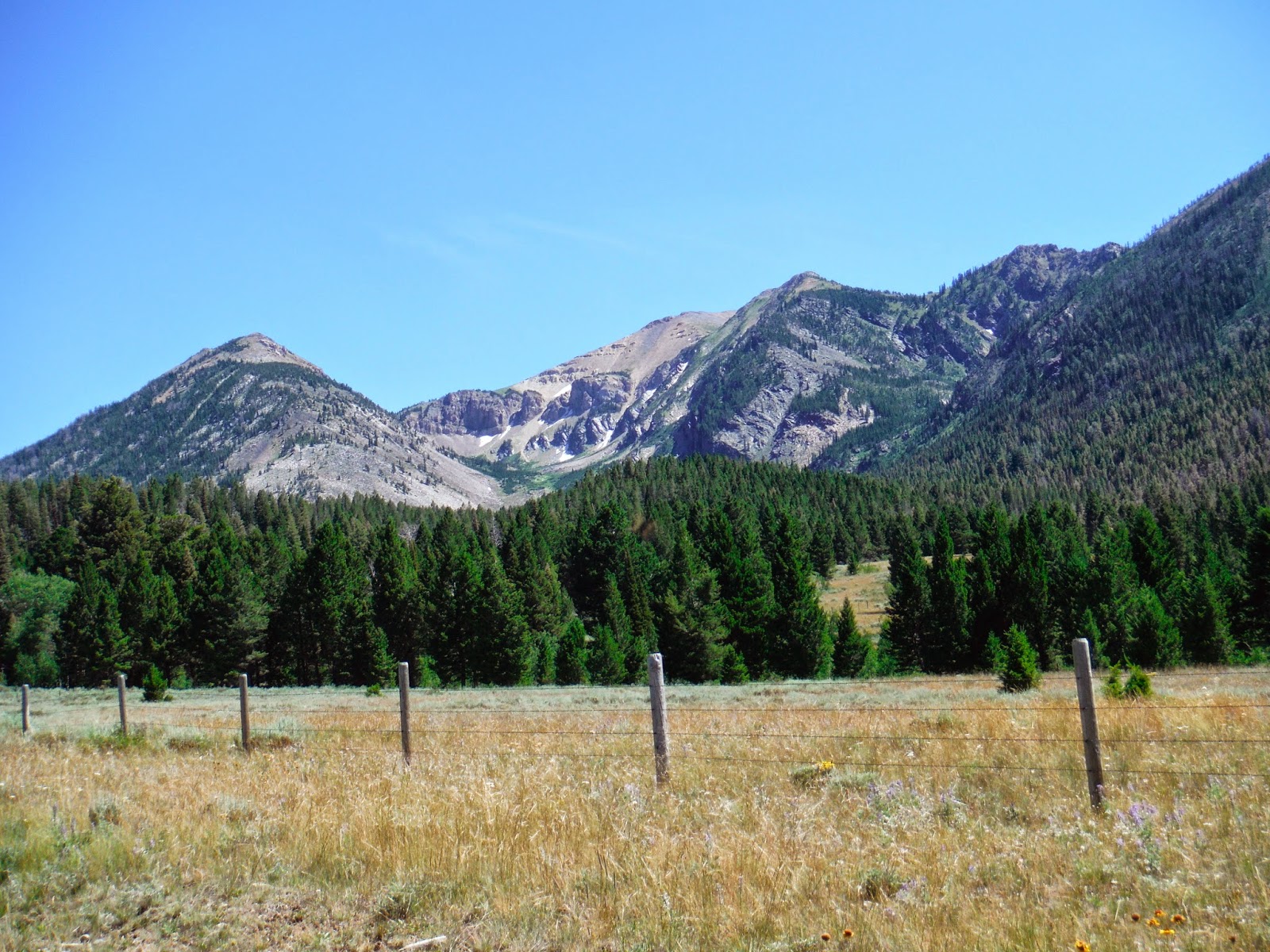 “I’ll have to remember this spot.  It’s nice out here” Mark said, as we started driving back through the tall trees and mountainous scenery.
This was certainly a fantastic trip.  The only bad thing was, because there is so much to fish around West Yellowstone, I know I will be depressed for a few weeks thinking of all the places I didn’t have time to fish. I already wanted to go back as we drove further away.  So much to fish and so little time… I know you all feel soooo bad for me.

1 thought on “Jingle all the Way”