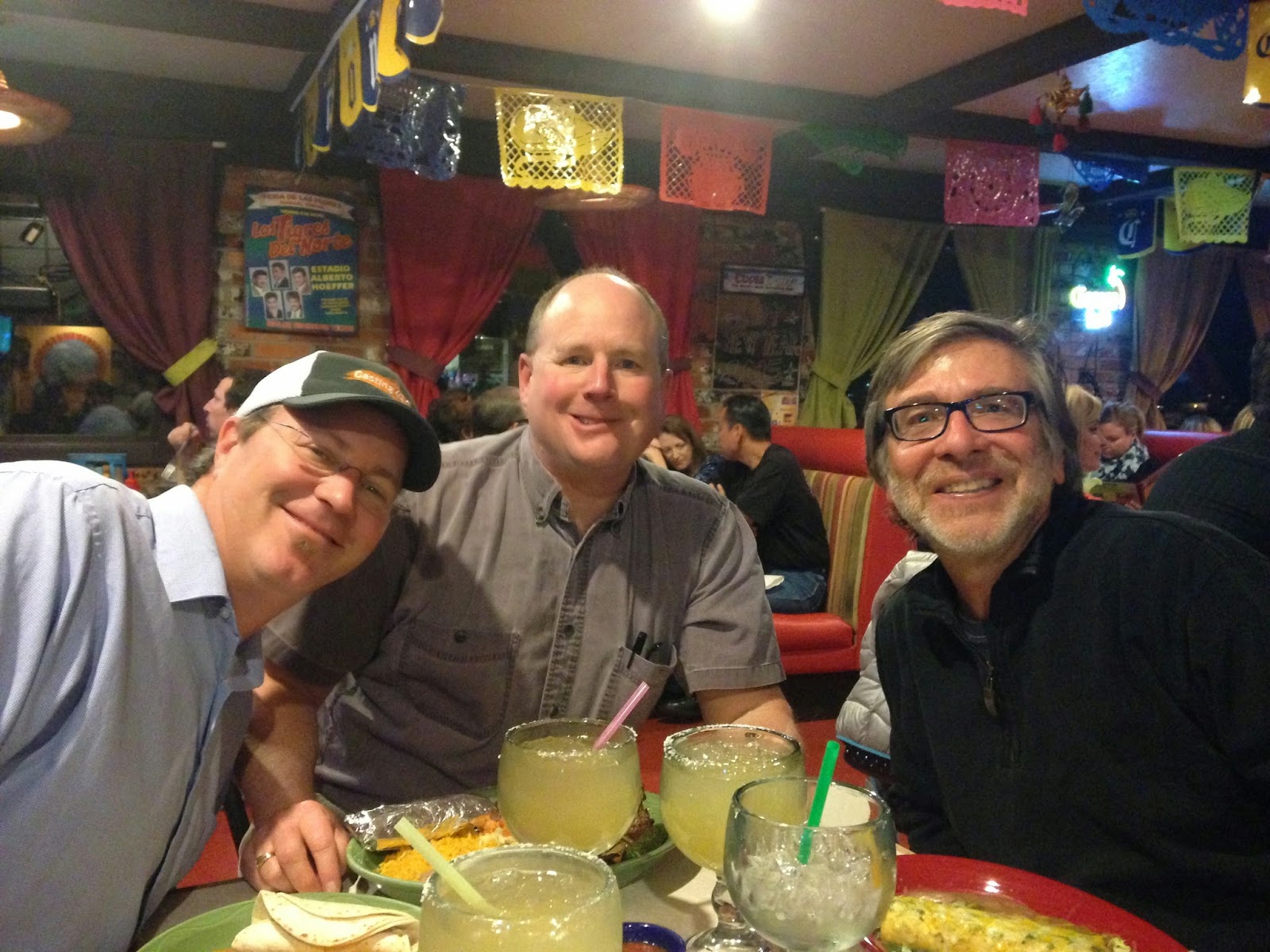 “Do you guys like chocolate?” The scruffy voice of Tom Rosenbauer asked us, as we drove him back to his hotel room after a fun dinner.
“Yeah!” Gracy, my wife, said before I could even think of a reply. Tom sat in the back seat, offering the front to Gracy, as I drove.
“Well, let me give you something.” Tom said, as he opened his backpack and fished something out.
“Here is some chocolate that I made that I would like you to have.” Tom said, handing us a bar.
“You make your own chocolate?” Gracy asked, as she took the bar.  As soon as Gracy had the bar of chocolate fully in her hands, she shot back around looking at me, then the chocolate, with a manic, excited look on her face!  I know this look, this look means, yes, she is excited… but it also means I will never be able to touch or look at this chocolate bar without proper notification and 24 hour observation. Better yet, this was not our chocolate bar, it was 100% hers, and I’d be damned to think otherwise.
“Thank you, Tom.” I said.
“What got you into making your own chocolate?” Gracy asked.
“Well, our family loves chocolate…” Tom said happily, “…but my son has a peanut allergy, and just about every chocolate bar made today has a high probability it has been cross contaminated with peanuts. After doing some research on how to make my own chocolate, I discovered a place called Chocolate Alchemy where I could buy high quality cocoa beans in a reasonable bulk-size to make my own chocolate!”
“How long does it take to make?” Gracy asked.
“About three days.” Tom answered, just as we pulled into the parking lot of the hotel. The thought of making my own chocolate was intriguing and I wanted to know more, but the next day was the 2nd day of the expo and we needed our sleep for another big one.

The fly fishing expo ran smoothly both days, and the presenters packed the house.  Both Phil Rowley and Tom Rosenbauer sat patiently waiting for the Hank Patterson presentation to begin. 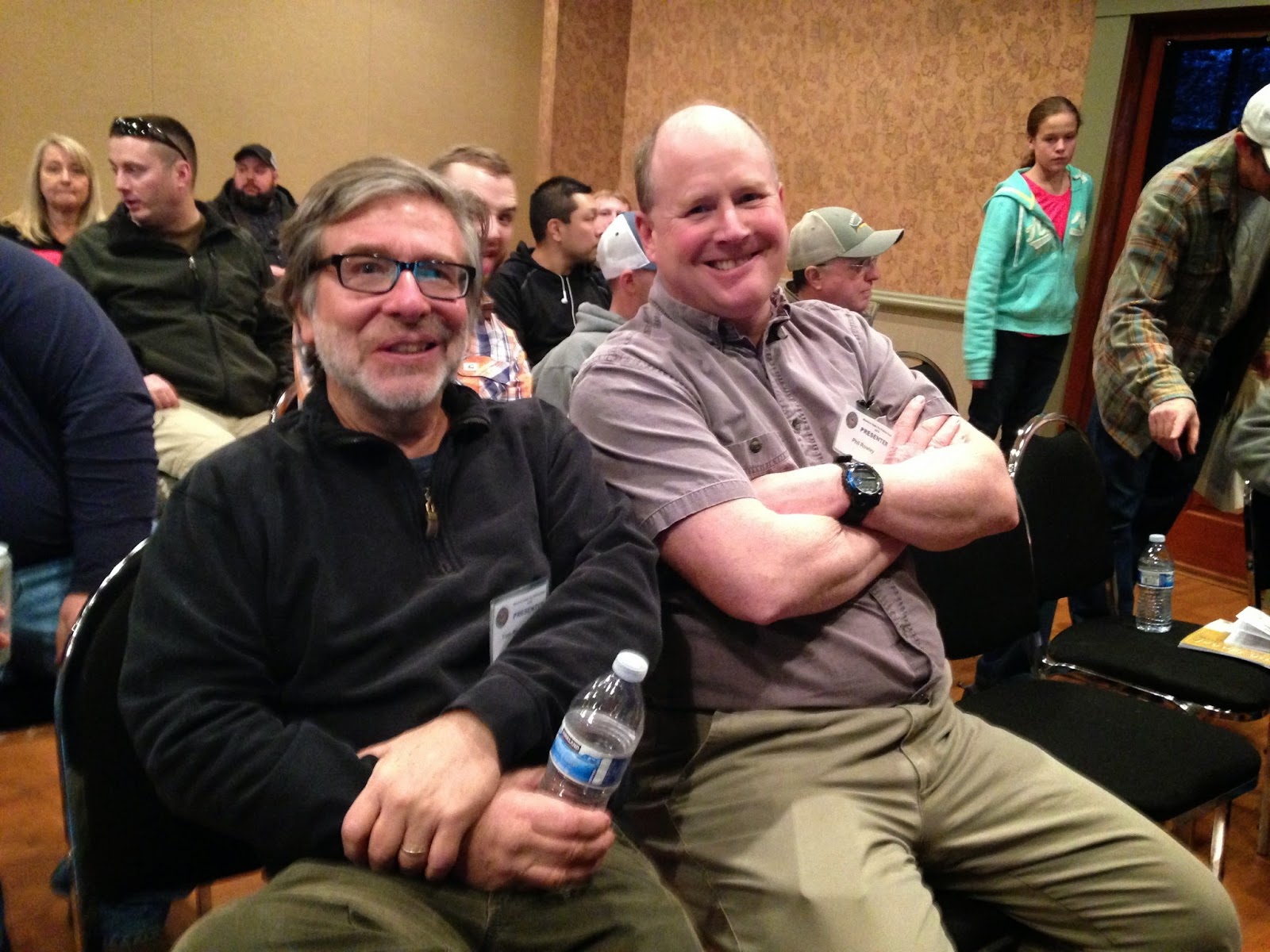 Recognizing the two fly fishing celebrities in his audience, Hank took the time to thank both Phil and Tom for opening for him at the show. Hank was kind enough to thank them in front of everyone. 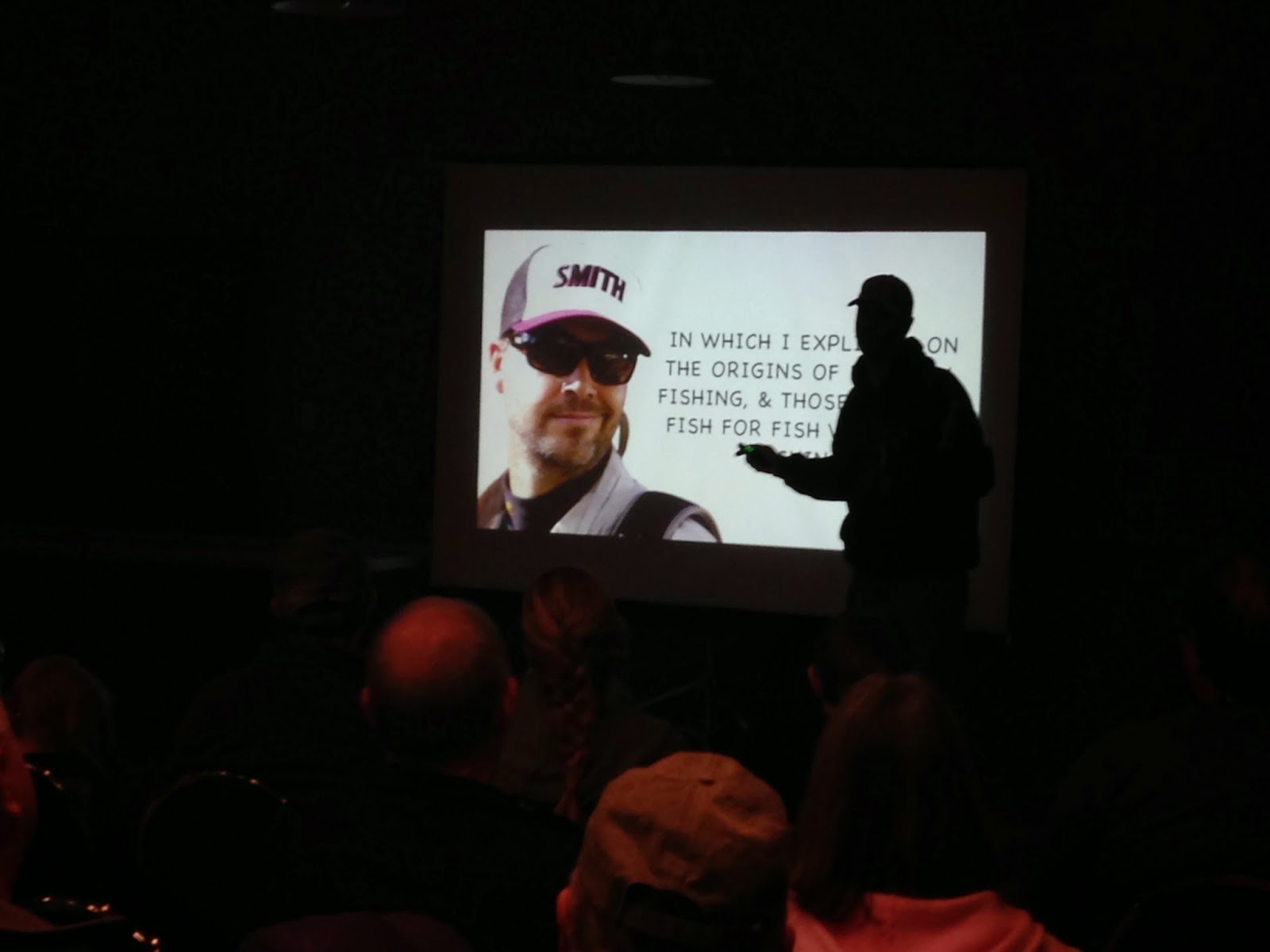 Six to eight months of planning, over a hundred hours of volunteer time, and constant running around during the show to make sure everything is working right… just for the expo to be over in two short days. It goes by so fast.
The last dinner with Tom, Phil, and Pete was a good time had by all. The conversations about their experiences fly fishing reminded me how much more I have to experience and learn. 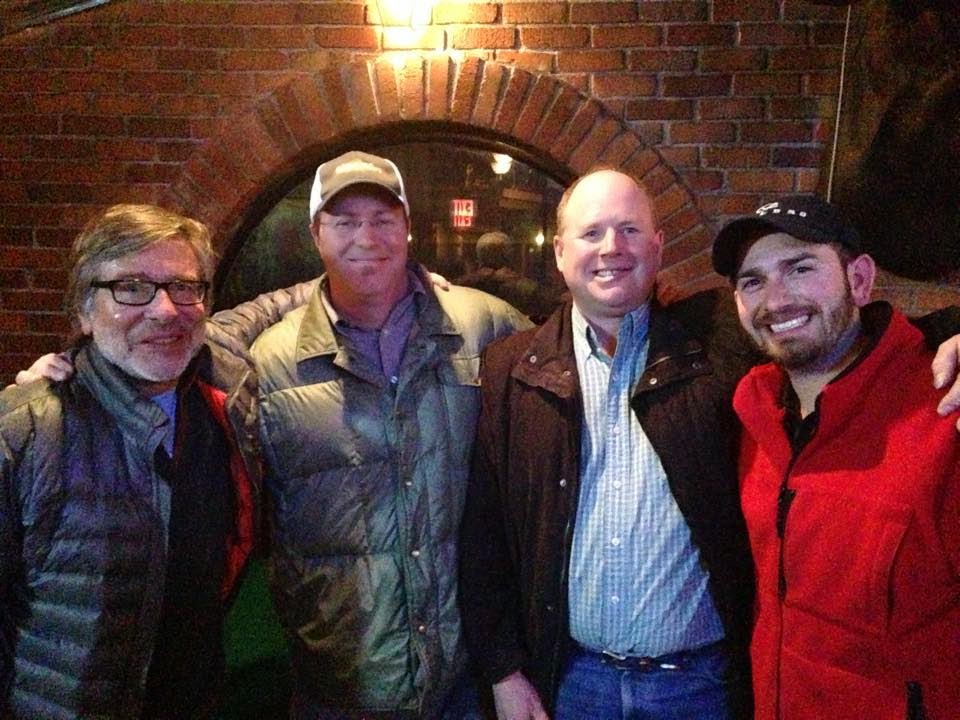 As we walked out to our vehicles, Tom brought out his backpack to hand out more homemade chocolate.
“Hey, Phil.  Do you like toasted sesame seeds and chocolate?” Tom asked, handing Phil a bar.
“I guess so…” Phil replied, not sure what was being offered.
“Here, Pete.” Tom said, handing a bar of chocolate to him. “This one has Vermont maple syrup in it.”
“What is this?” Pete asked, taking the bar.
“He makes homemade chocolate!” I said.
“I have started to experiment by adding some flavors together.” Tom said, excited to share, “and my son drew the cover that we use…  Take a look at the ingredients.”
The bars were turned over, and we looked at the ingredients list: cocoa beans & organic sugar.
“It doesn’t get better than that!” Tom said with a smile, as I brought up my camera to take a picture. 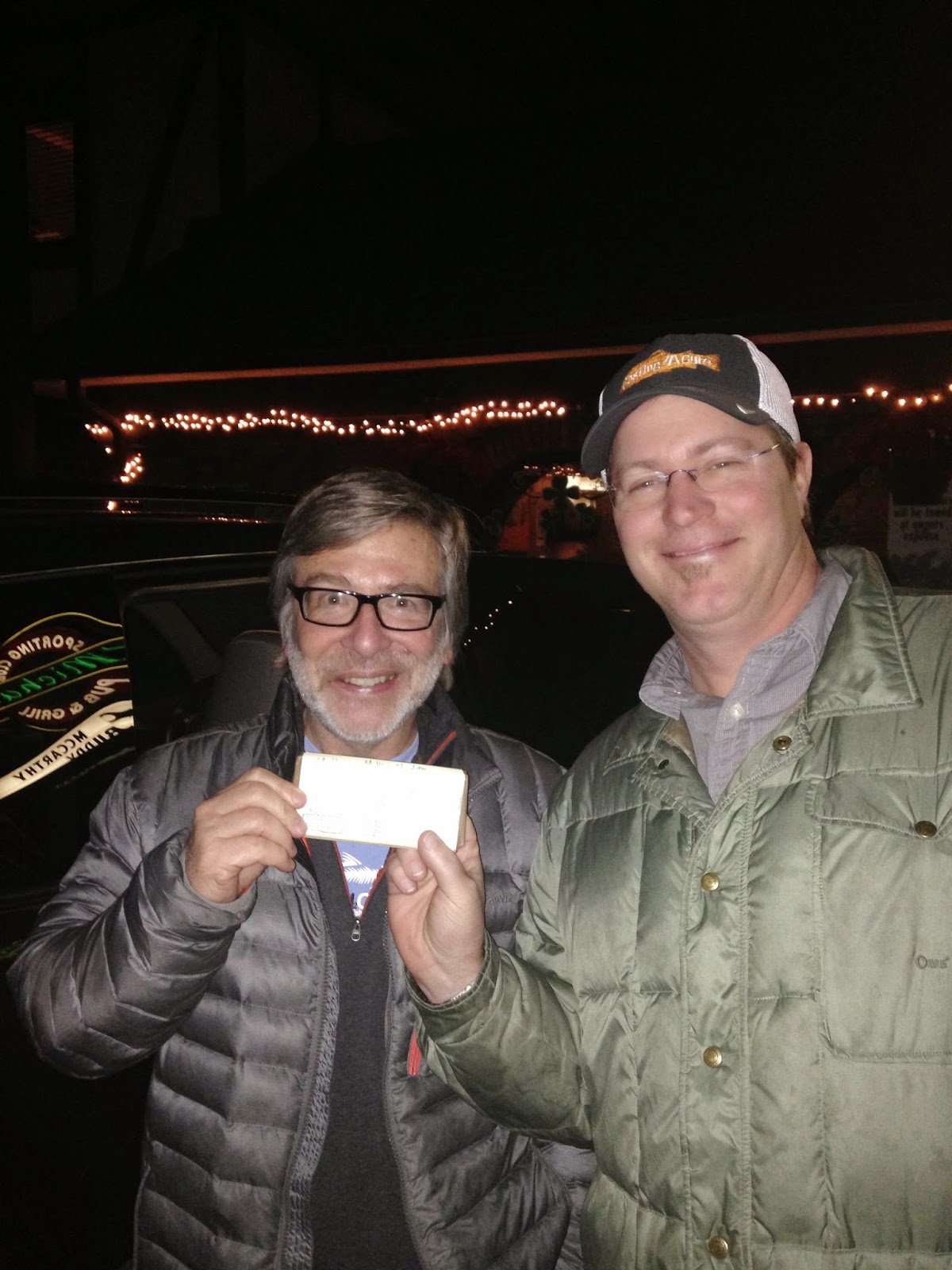 “Okay, Phil, let’s get a picture.” I said. Phil raised his chocolate bar and I snapped a shot, but not before Gracy jumped in for a photo-bomb. 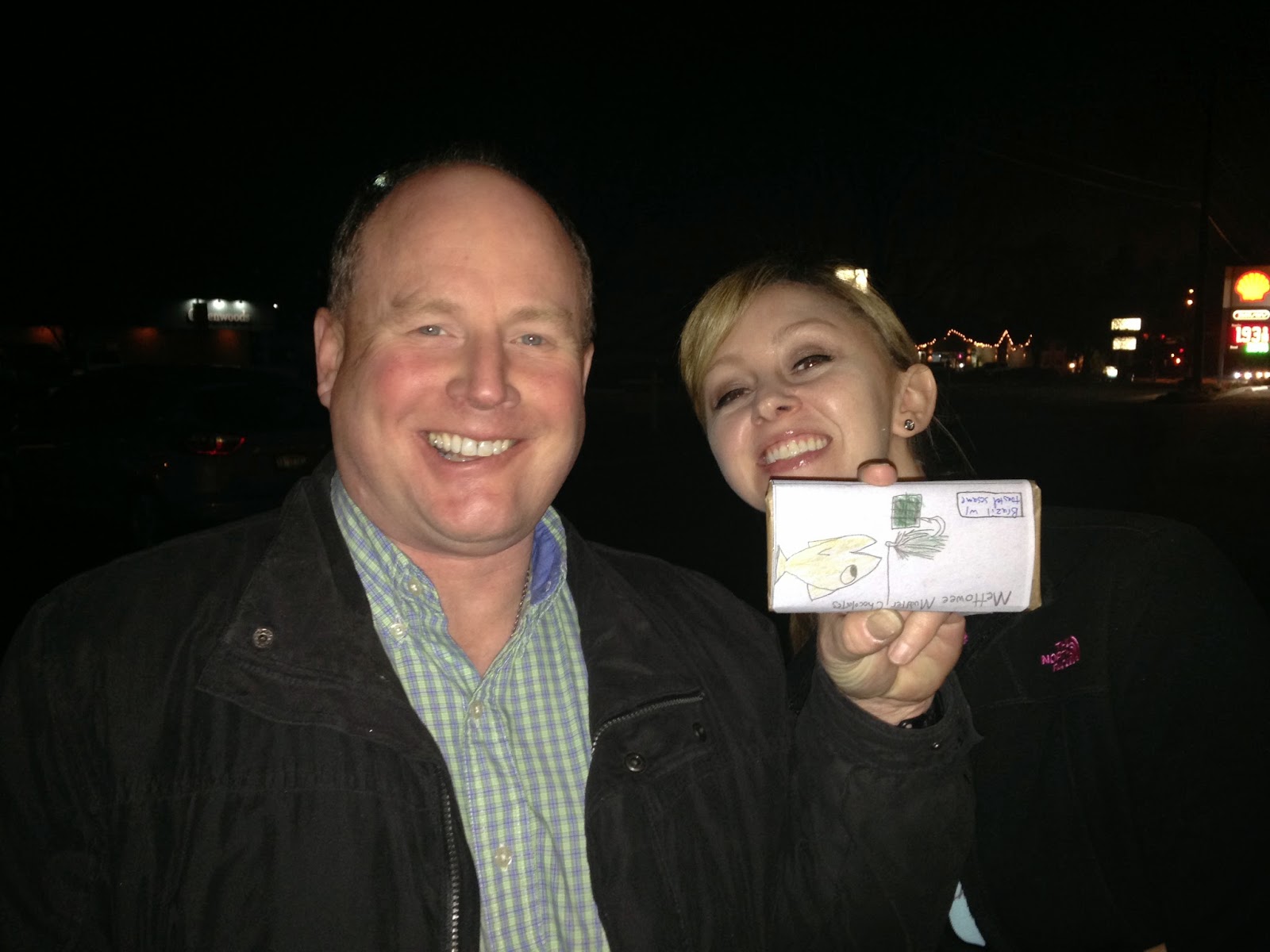 Everyone said goodbye, and once more, Gracy and I were giving Tom a ride back to the hotel.
“Did you try the chocolate I gave you yesterday?” Tom asked from the back seat.
“Are you kidding me? There is no way I can get close to that chocolate bar.” I replied, looking at Gracy, who was trying to look innocent.
“Well, here is another one for you.” Tom said, pulling out another chocolate bar. “This one has sea-salt! Do you like that?”
“Yes!” Gracy said, once again taking the bar.
Tom explained the entire process of making chocolate at home, from roasting the cocoa bean to forming the chocolate bar.  He did his best to describe the rich aroma making chocolate can produce at home, but I bet experiencing it firsthand would be even better.
Sadly, the night came to an end. Tom reminded me to pick him up at 3 a.m. to catch his plane before he said “good night”.

The car ride home was quick.  I opened the garage door and parked the car, then Gracy opened her door to get out.
“My chocolate bar!” I said happily, and grabbed it from the middle console.
“HEY, THAT’S MINE!” Gracy howled.
“No it’s not. Tom gave it to me, because you took the first bar he gave us.” I said, holding the bar away from her clawing hands.
“I decided I wanted the sea-salt one, and you can have the other one!” Gracy pleaded, while becoming more aggressive.
“NO WAY!” I yelled, and made a dash to get out.  I flung the door open and slipped out quickly, but Gracy had anticipated the move and pounced like a chicken on a June-bug!
“Ahhh!” I screeched!
“GIVE ME BACK MY CHOCOLATE!” She demanded, as she held my leg to keep me from escaping! 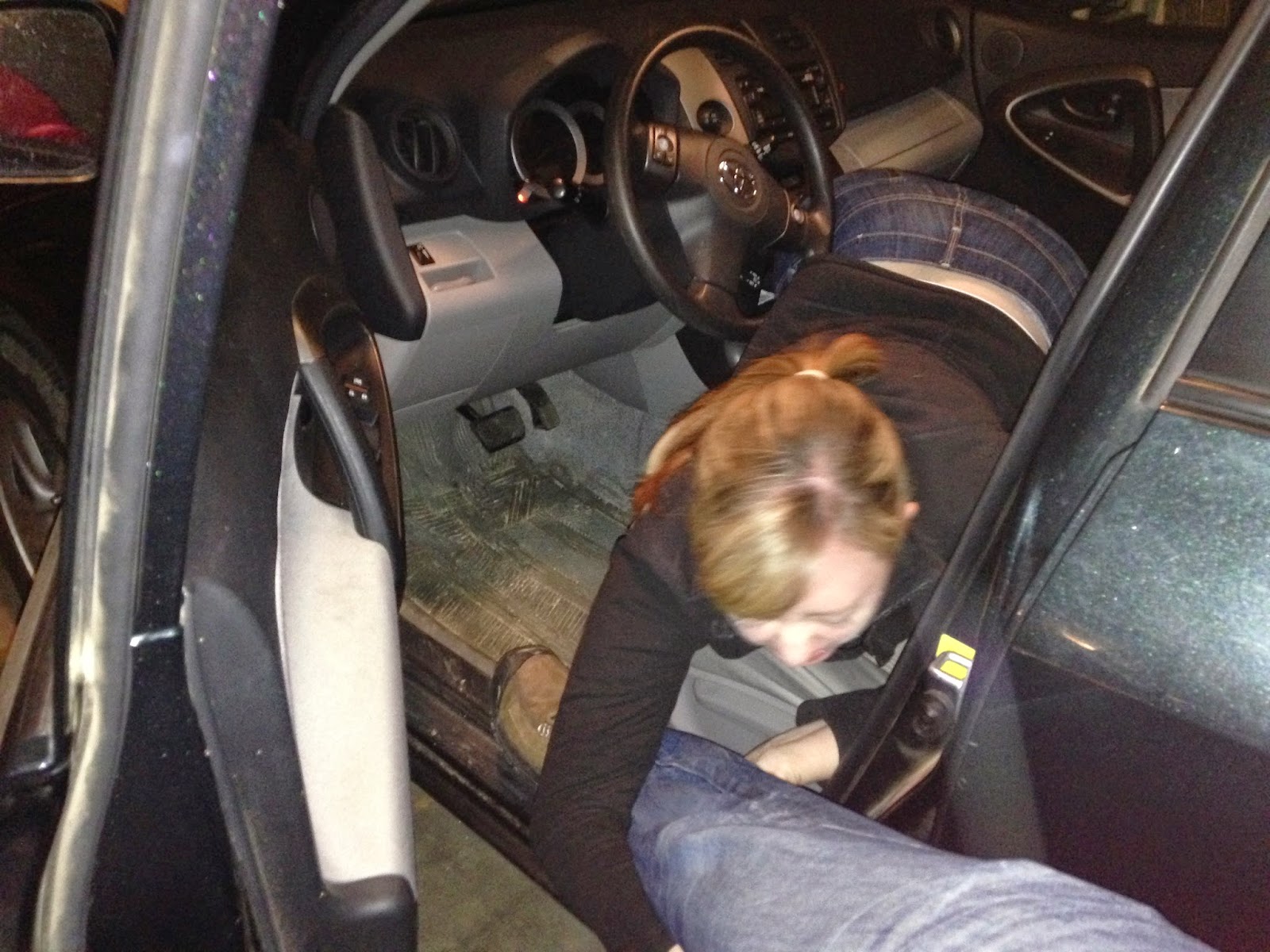 I felt like Harry Potter trying to keep his Hogwarts acceptance letter away from mean-old Uncle Vernon, as I slipped away. As fast as I was getting to the door to go inside, Gracy was faster: almost teleporting to the door to block my way.  We were at a standoff, Gracy looking like she could stop a train.  In a flash, I reached for the doorknob, leaving myself open for Gracy to lunge for my homemade chocolate bar.  The amount of pressure she put on my hand to release the bar frightened me. The bar is going to break, I thought… so I let it go.
“Ha! HA!” Gracy gloated holding the chocolate bar, but as she celebrated, I slipped inside the house: the door shut quickly and I locked her out!
“HEY!!!” I heard her yell from the other side of the door. I stood there for a long moment before unlocking the door and stomping away. When I came back from hanging up my jacket, two chocolate bars sat on the kitchen countertop… Gracy was willing to share, after all. 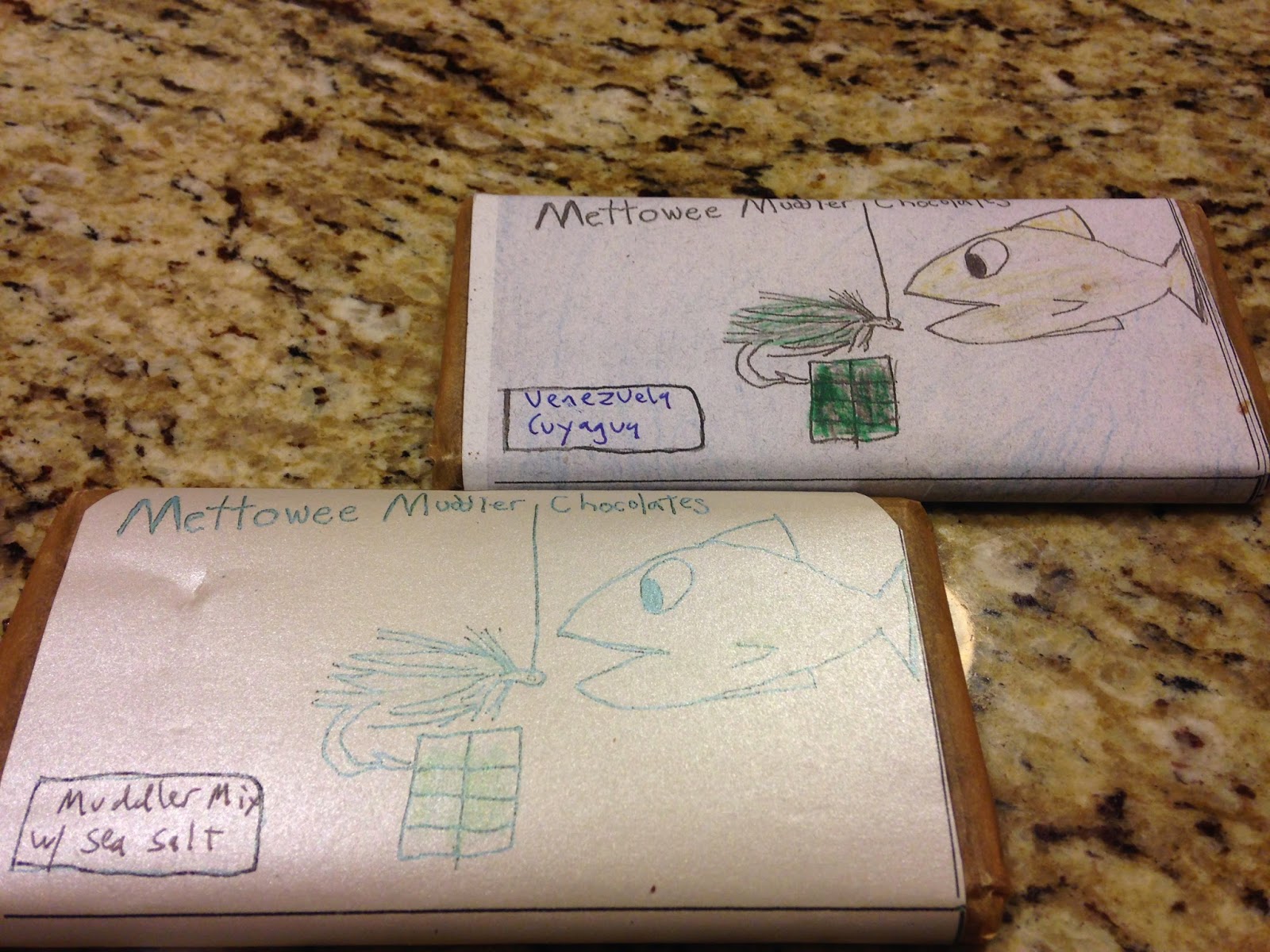 She took each bar and split them both in half so that we could share the flavors equally. I took the chocolate in my hand and raised it up to take in a deep breath. The rich smell filled my lungs causing me to smile, then I did it again.  The distinct clop sound of chocolate breaking sounded perfect as I took a piece, and let it melt in my mouth. Gracy was just as happy, trying one of her small squares of fine chocolate.
If Tom Rosenbauer were to ask me what I think of his chocolate, I could easily say it offers a deep rich chocolate taste that warms the soul, and would be the perfect remedy after an entanglement with even the fiercest dementor! 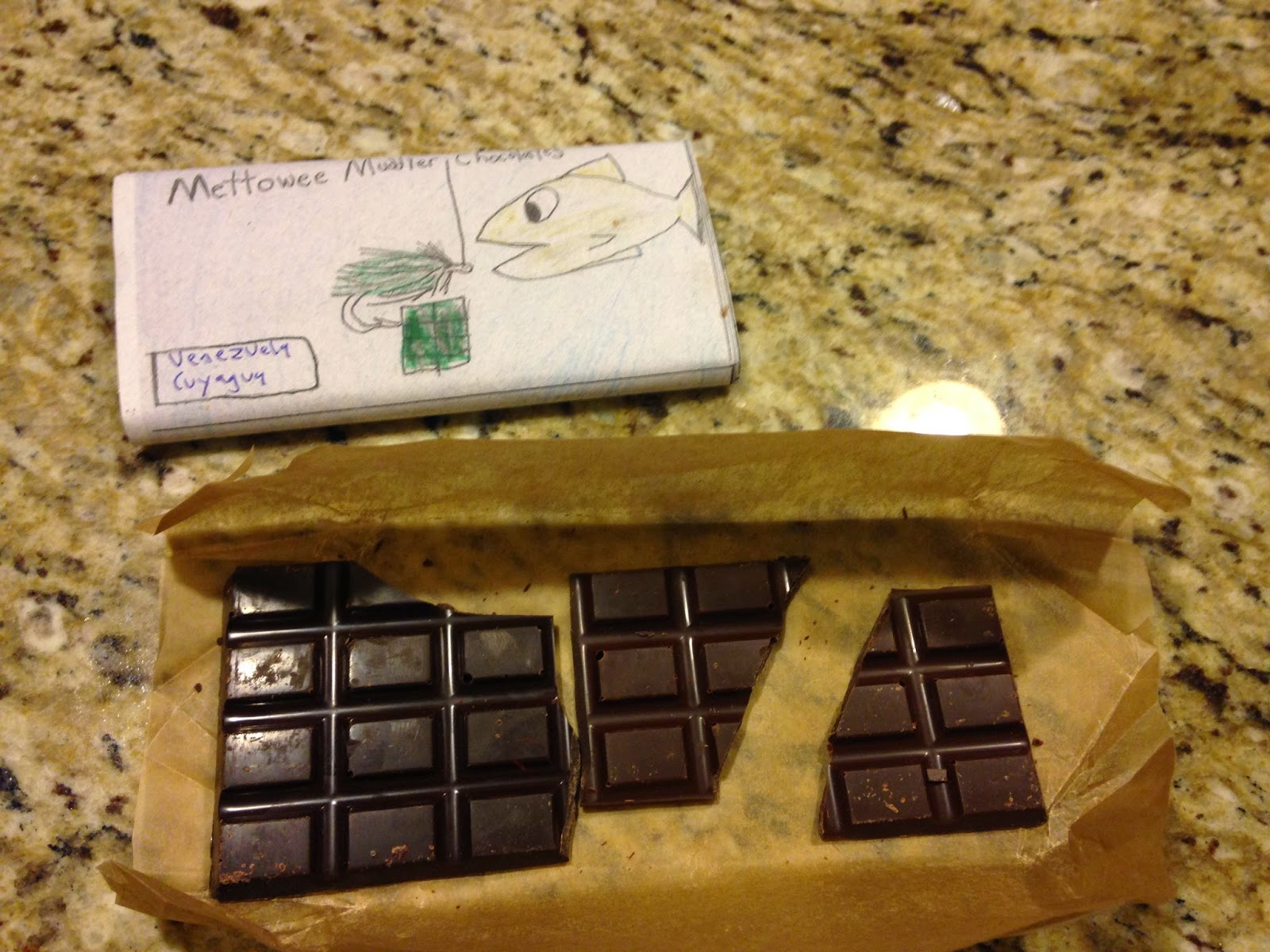