Skip to content
Local artist, Josh Udisen, acquired inspiration from a fish photo of mine last year and asked if he could create a painting.  Of course I was excited to hear that one of my photos was going be painted, and immediately gave my okay for him to proceed!
A while later I asked if he would be interested in seeing another picture of mine that was so close to being a great picture, in my mind.  The problem was that the picture I had taken of a grayling I caught up near McCall, ID, had come out blurry!  I was so upset at this when I first saw it! I kept the picture on my computer, because I wasn’t ready to let it go. And good thing I did.
Josh suggested that I send him the picture, saying that it didn’t matter if it was a little blurry… so I did!  And Josh loved it!  In a short amount of time, he sent me this photo of the finished product that breathed new life into my blurry one! 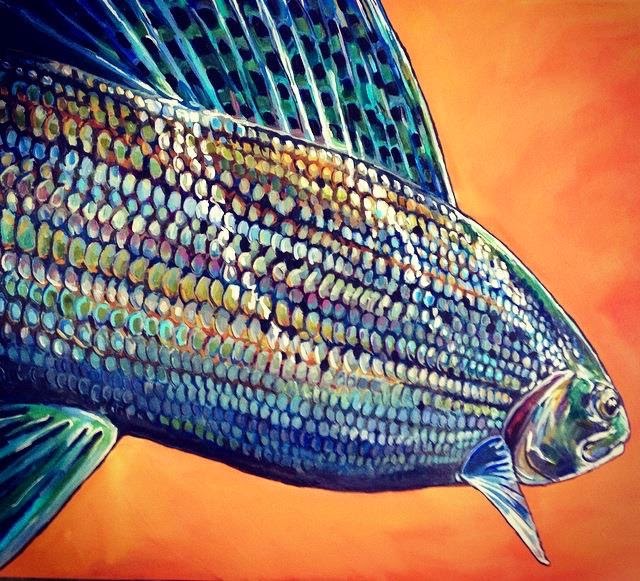