Skip to content
I couldn’t stop thinking about this new place to fish, and rightfully so, because the guy telling me about it made it sound like God’s gift to fly fisherman. He said it was a secret and I wouldn’t see anyone out there. Finally the opportunity to go presented itself, so I invited Chris Preston as the lucky guy to catch tons of fish with me at this new spot! The two-hour drive flew by, with Chris telling stories about catching dorado, bonito, rooster fish, and albacore on a fly.  His stories were told with such enthusiasm that each one was fun to listen to, and I wanted to hear more but our exit was just ahead. 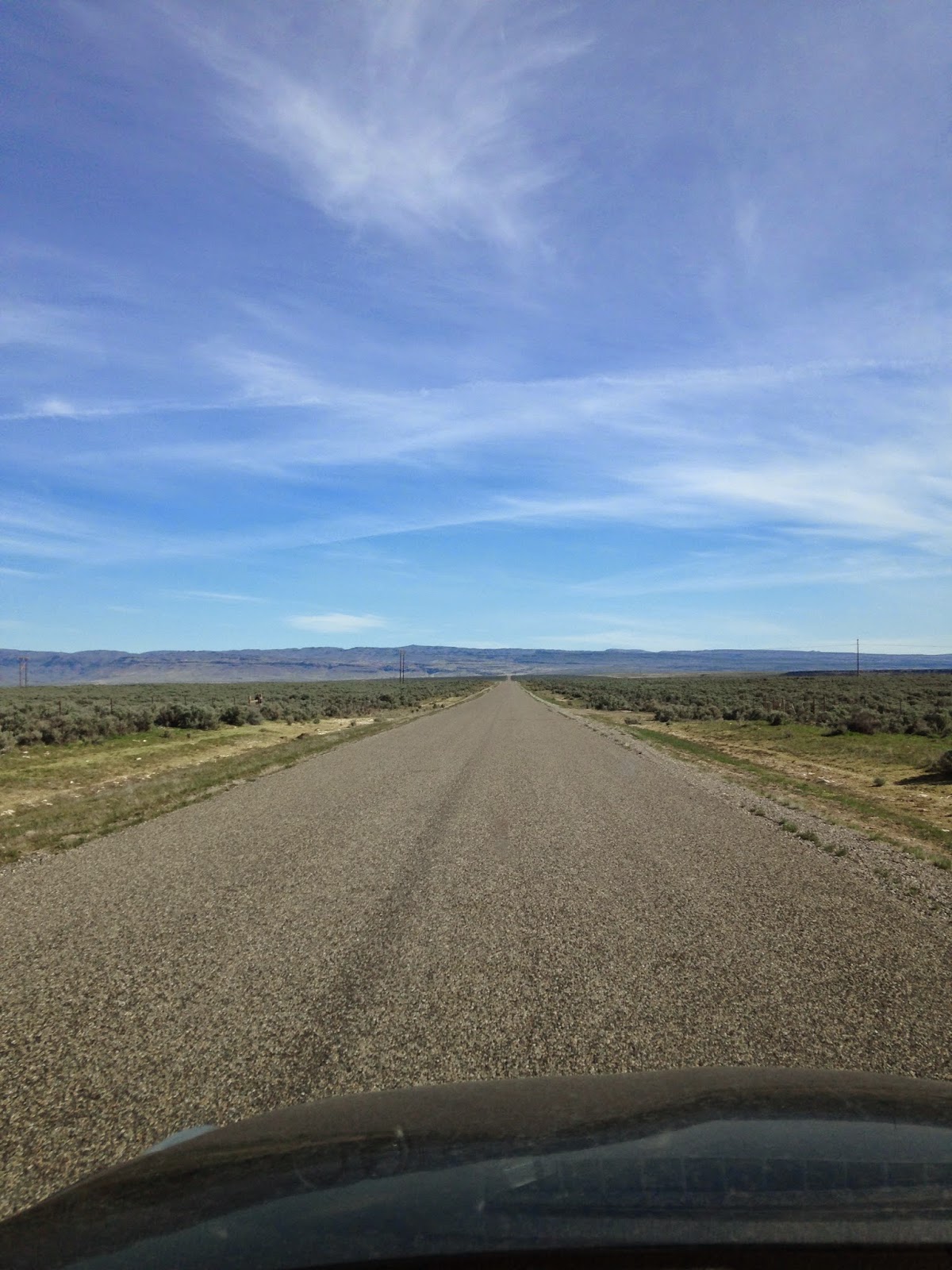 Once again, I found myself on a road in Idaho I had never traveled before, in search of another good fishing spot unknown to me.
“So is this a secret spot?” Chris asked, as we drove further into nowhere.
“I’m not sure how secret it is, but the guy told me that we would not see another person out here.” I said back, with enthusiasm.
“Yeah, this definitely looks like a secret spot to me…” Chris said, as we turned into the reservoir and saw an RV parked with a few other shore anglers already perched and fishing.
“Well, maybe it’s because it fishes good!” I said, keeping the optimism up. 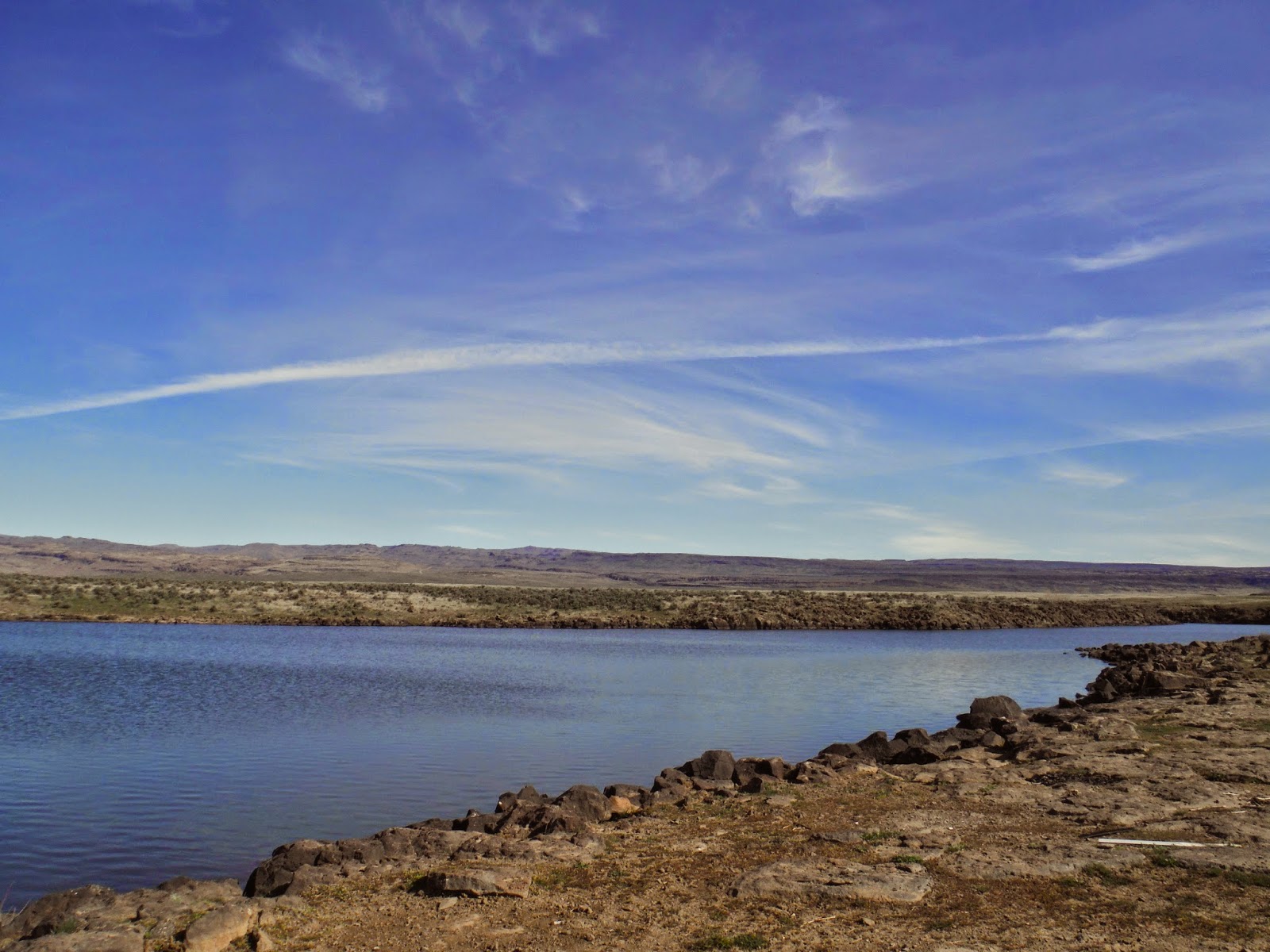 Chris and I pumped up our float tubes and rigged up our rods to quickly start fishing. The water was in the high 40’s, not quite the perfect 52 degrees I was looking for, but still good enough to fish. 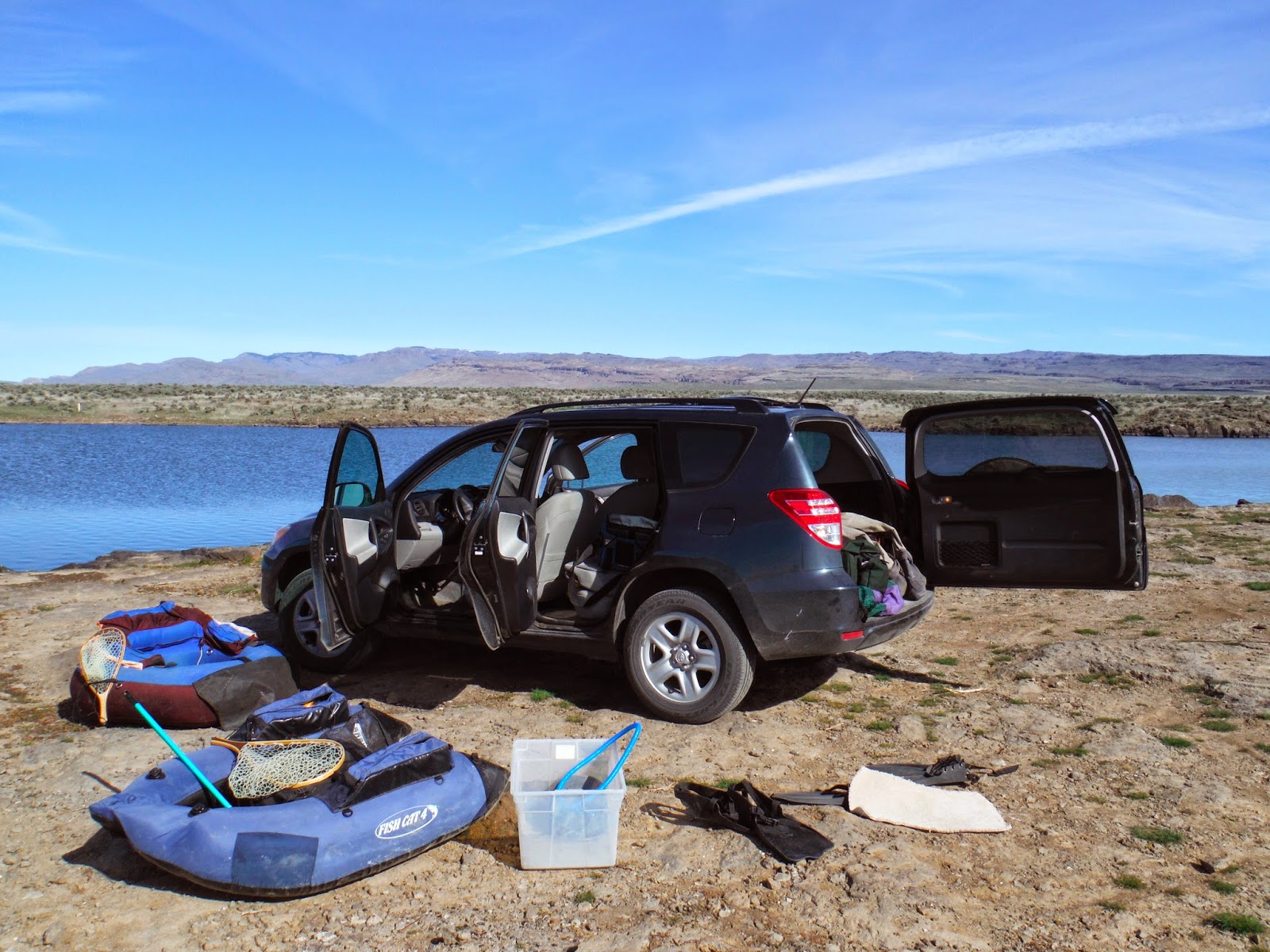 Chris shimmied into his float tube, and kicked over to the other side of the reservoir to avoid the anglers on the bank.
“I don’t know, Erik.  I’ve made three casts with no fish caught. This place is not living up to my expectations.” Chris yelled over to me with a smile, just as I kicked away from the bank. 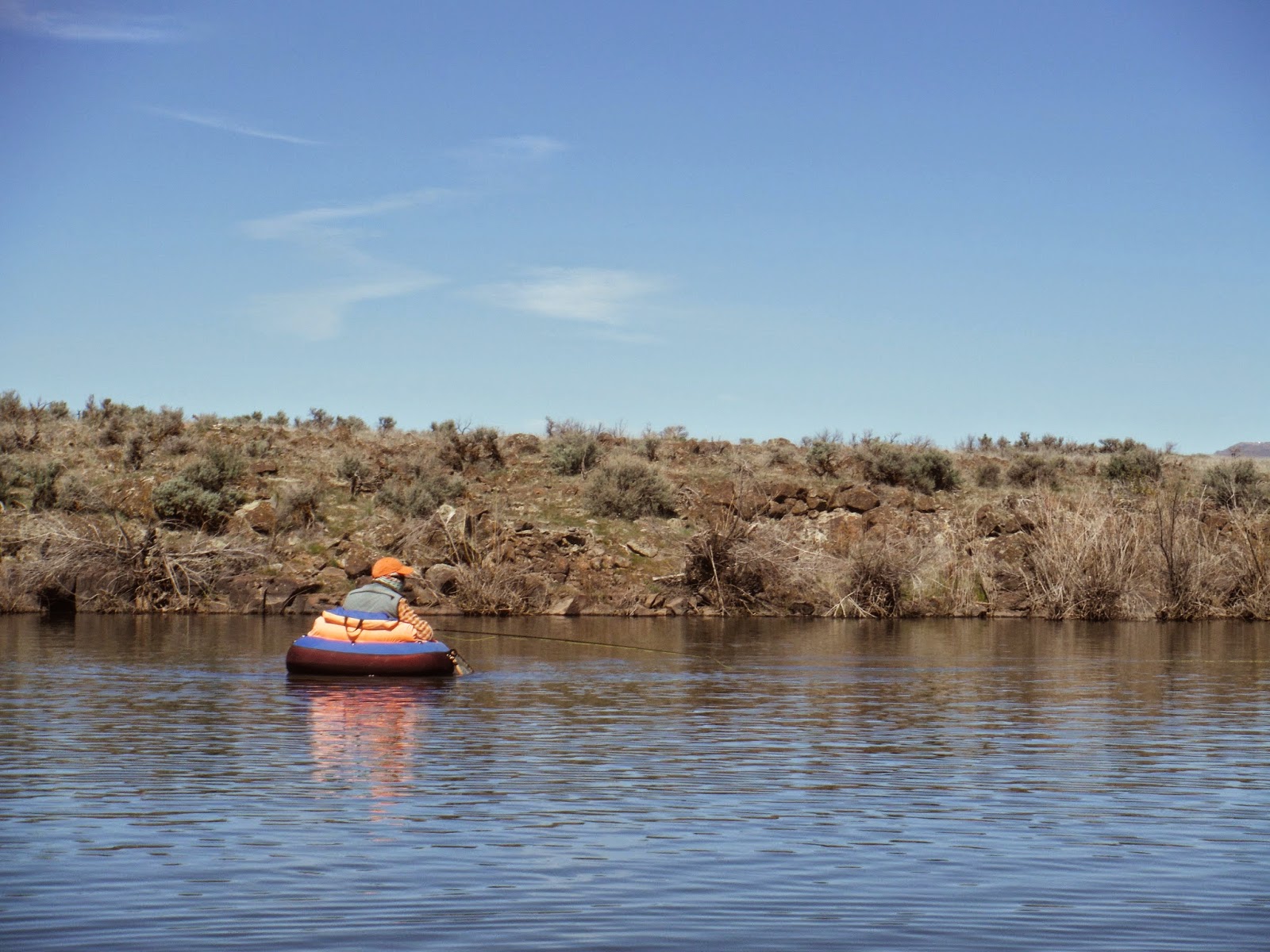 I tied on a bugger with a small leech for a dropper, and I was getting no love.  Chris had on an olive and orange bugger, and also was not catching anything. An hour or so had passed, meaning we were due for a fish.

“So, this guy who told you about this spot…” Chris said, “Did you do something to piss him off?” he asked, chuckling.
“I must have, because this place sucks.” I said, as I changed my fly.
“What are you changing to?” Chris asked.
“A black bugger with a chartreuse leech.” I said, as I saw he was changing his flies too. 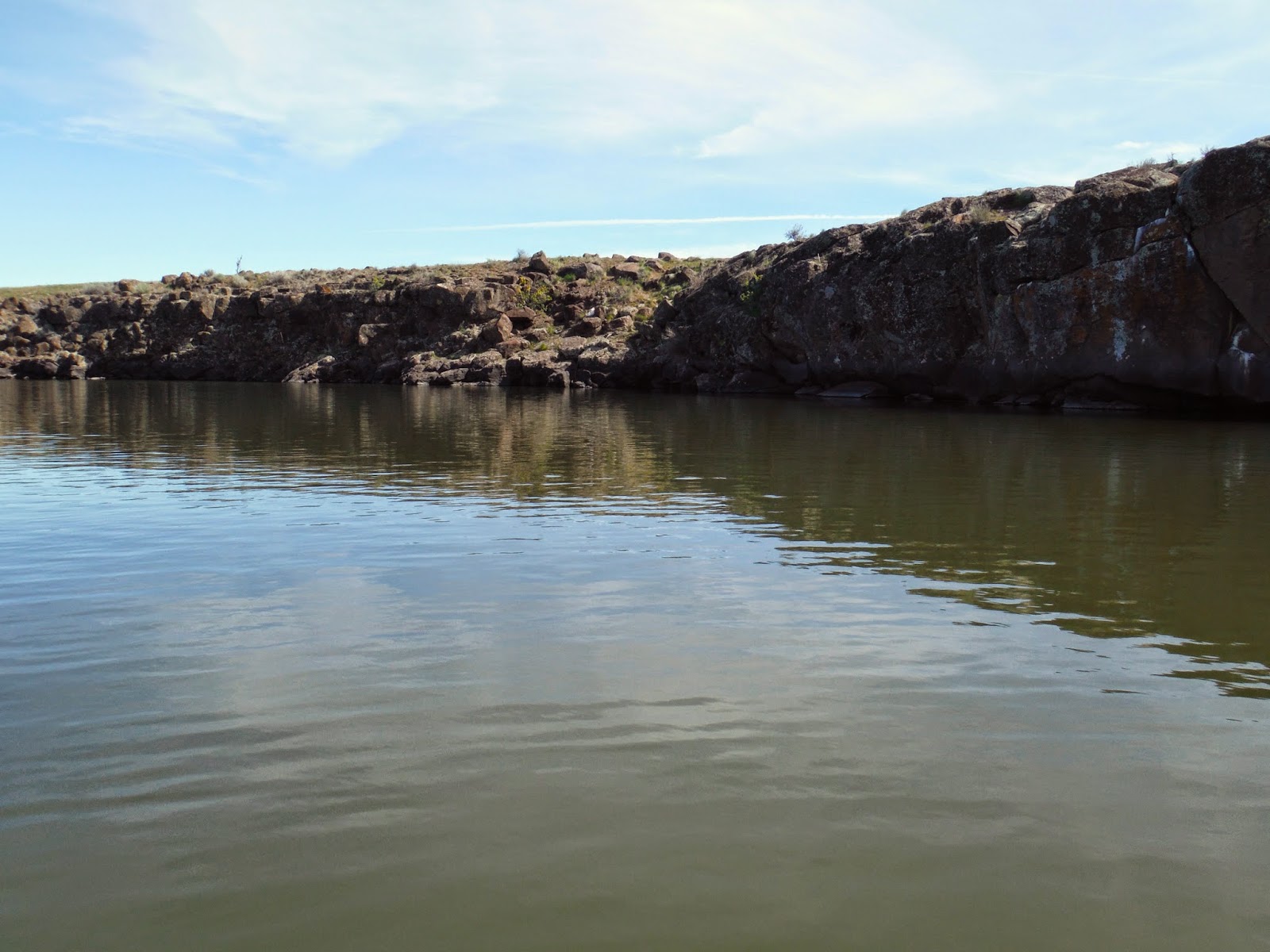 “Boy, changing flies sure made the difference.” Chris said, after another long stretch of nothing.
“I’m going to kick my way up to the inlet where the small stream fills the reservoir.” I said.
“Sounds good to me.” Chris said back, and together we fished our way up to the furthest point away from our starting point. 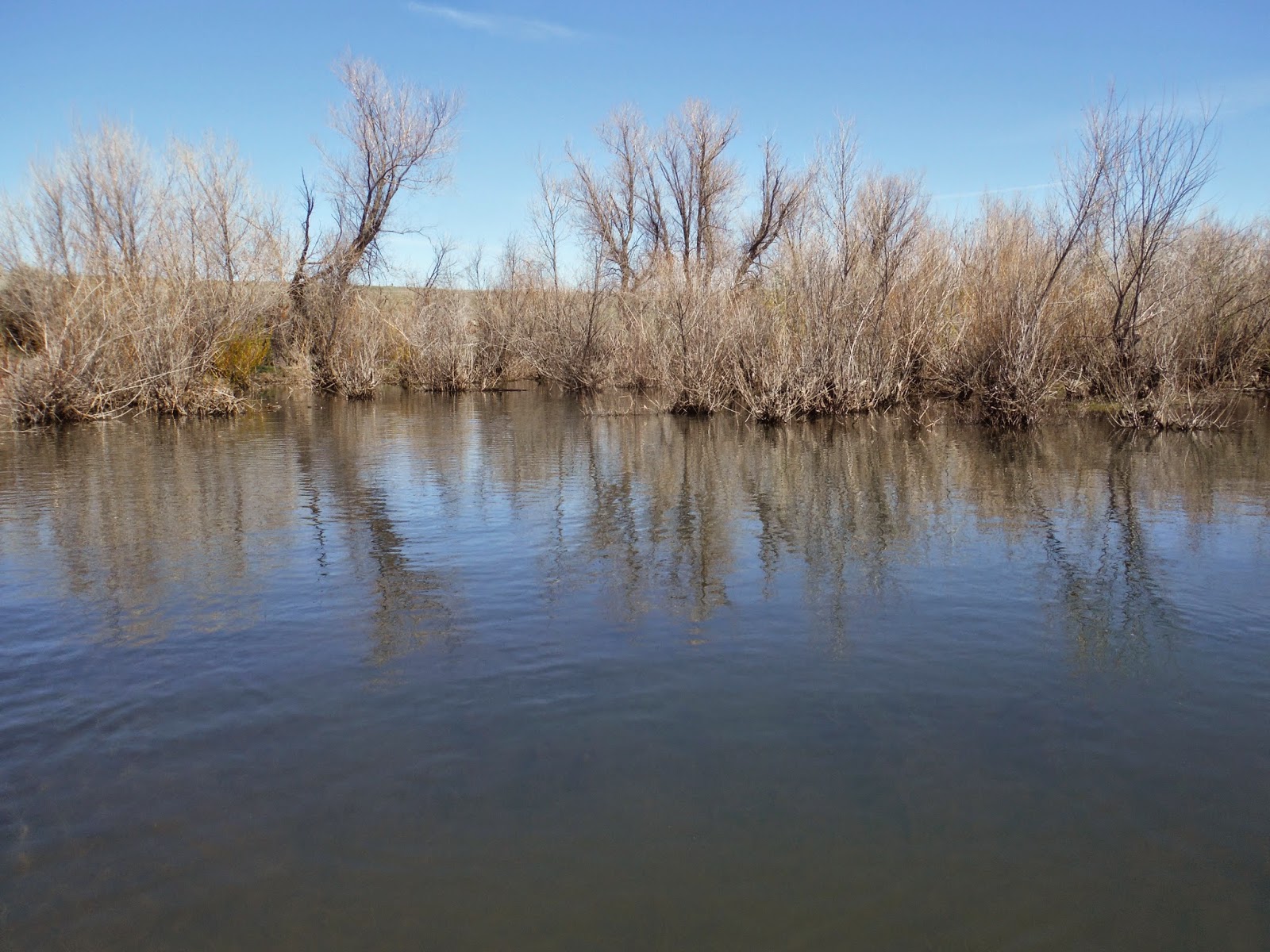 The closer we got to the inlet, the shallower and clearer the reservoir got… but no fish.
“Boy!” Chris said, sounding excited, “It was sure worth the extra effort kicking over to the inlet.” I looked over to see Chris smiling at me, “And having friends who know everything about fly fishing really helps!”
“It’s a long walk back home, Chris.” I said laughing, before we started kicking back to the car. 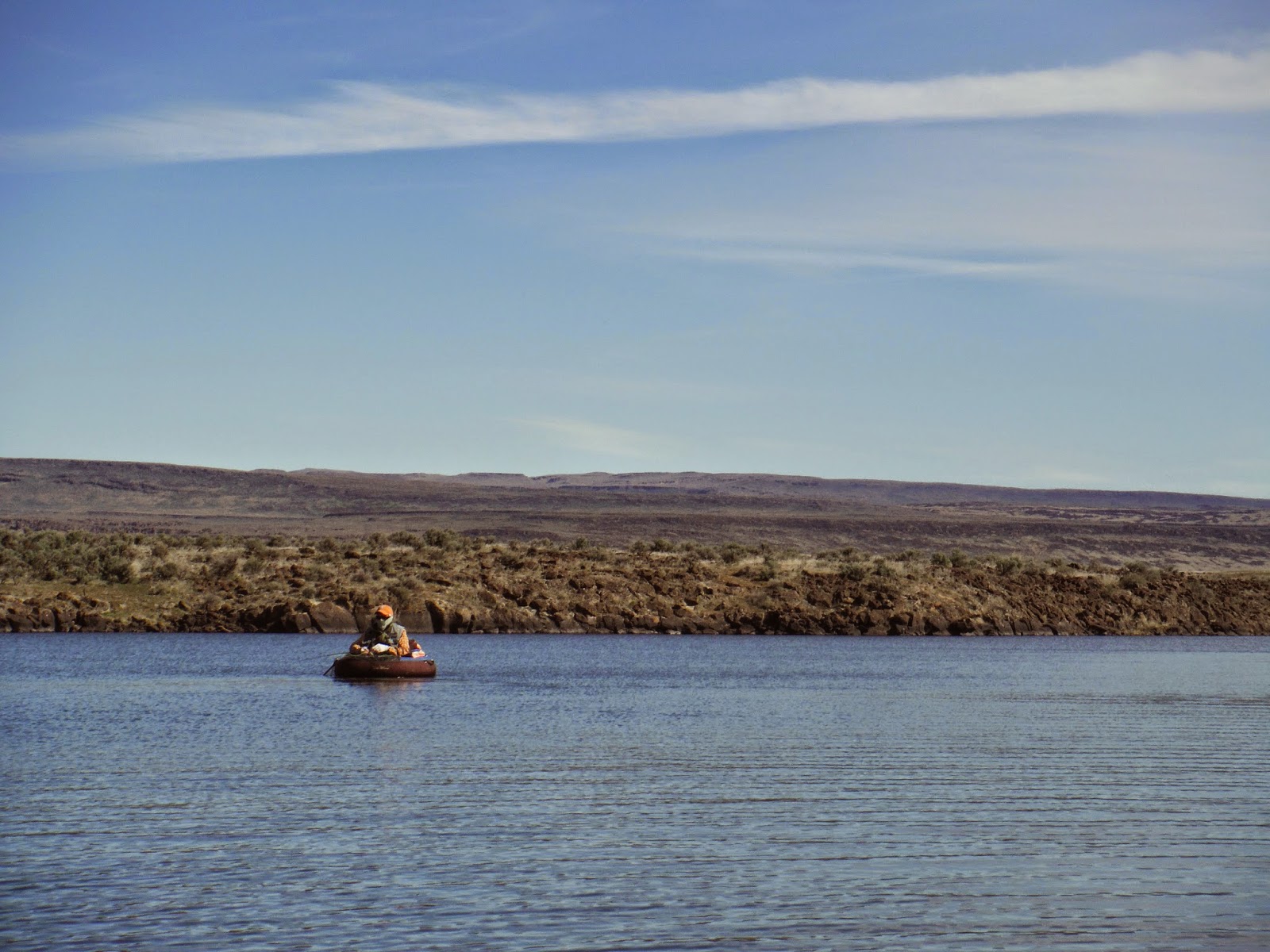 Despite not catching fish, spirits were up due to Chris’s humor.
“We are certainly showing the benefit of having float tubes verses the people standing on the bank today.” Chris said, as he kicked near a couple fishing off the shore. When you are sitting in a float tube on a nice calm day, you can easily hear conversations from quite a distance.
“How are you guys doing?” Chris asked the couple fishing from the shore.
“Pretty good. We had a few smaller ones hit, but threw them back.” The gentleman said, adding, “how about you?”.
“I wish I could say the same.” Chris said.
“Well, all we are using is worms and corn.” The man offered, trying to help.
“Thank you.” Chris said, as he kick away and turned to see me.
“Erik!” Chris yelled loud enough for everyone on the bank to hear, “We need worms and corn!”.
After I had stopped laughing, I replied, “Damn, I… I forgot mine!” I yelled back.
“Well, it’s hard to find good help these days.” Chris said, as he continued to fish his way back to the car. 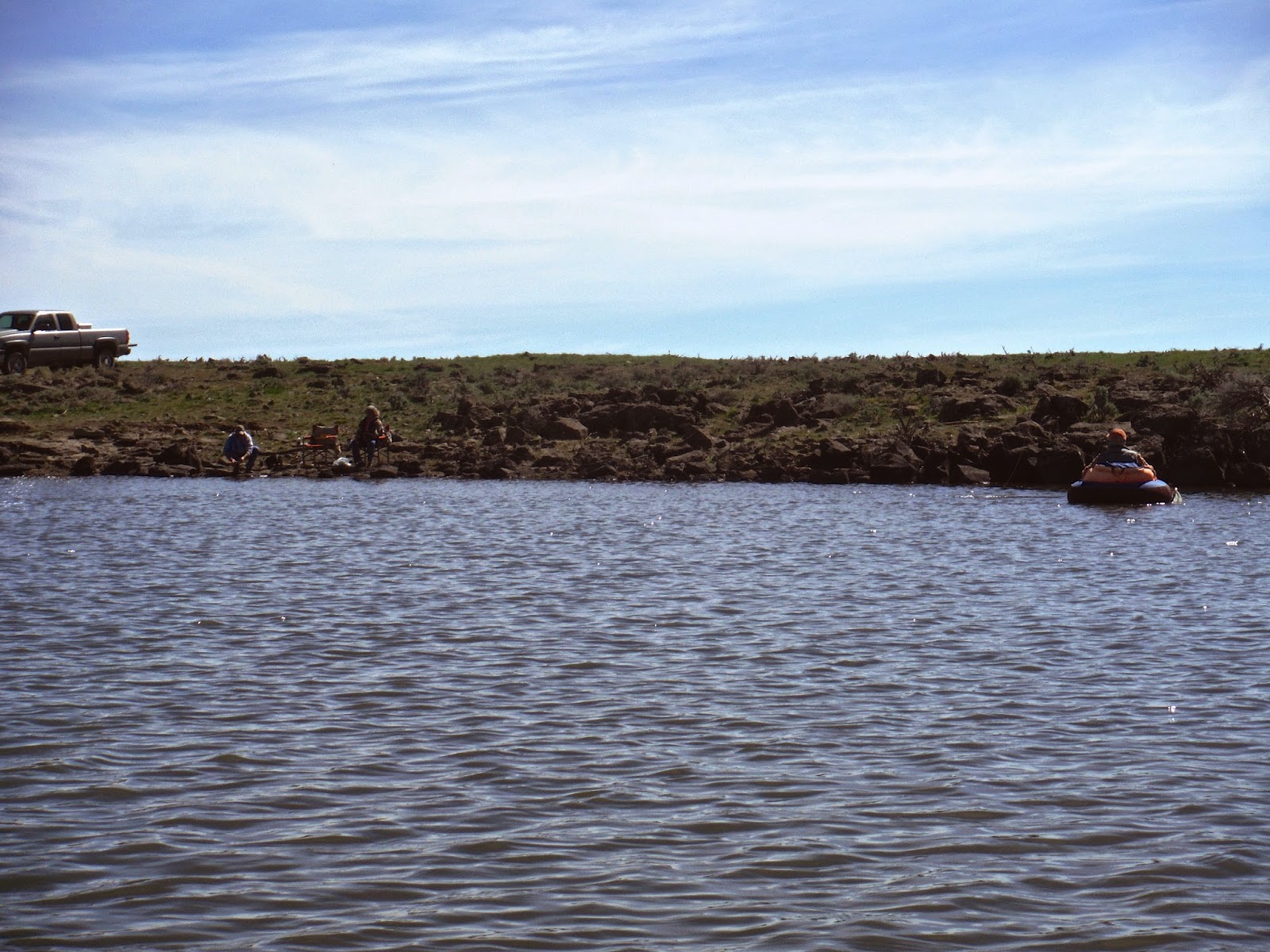 “There’s one!” Chris yelled, sounding as shocked as I was to hear he actually had a fish on.  Sure enough, Chris was fighting a fish, but he was too far away from me to get any kind of picture. I saw the flashes of chrome as Chris netted and released his fish, then got to the car where we packed up for the day. 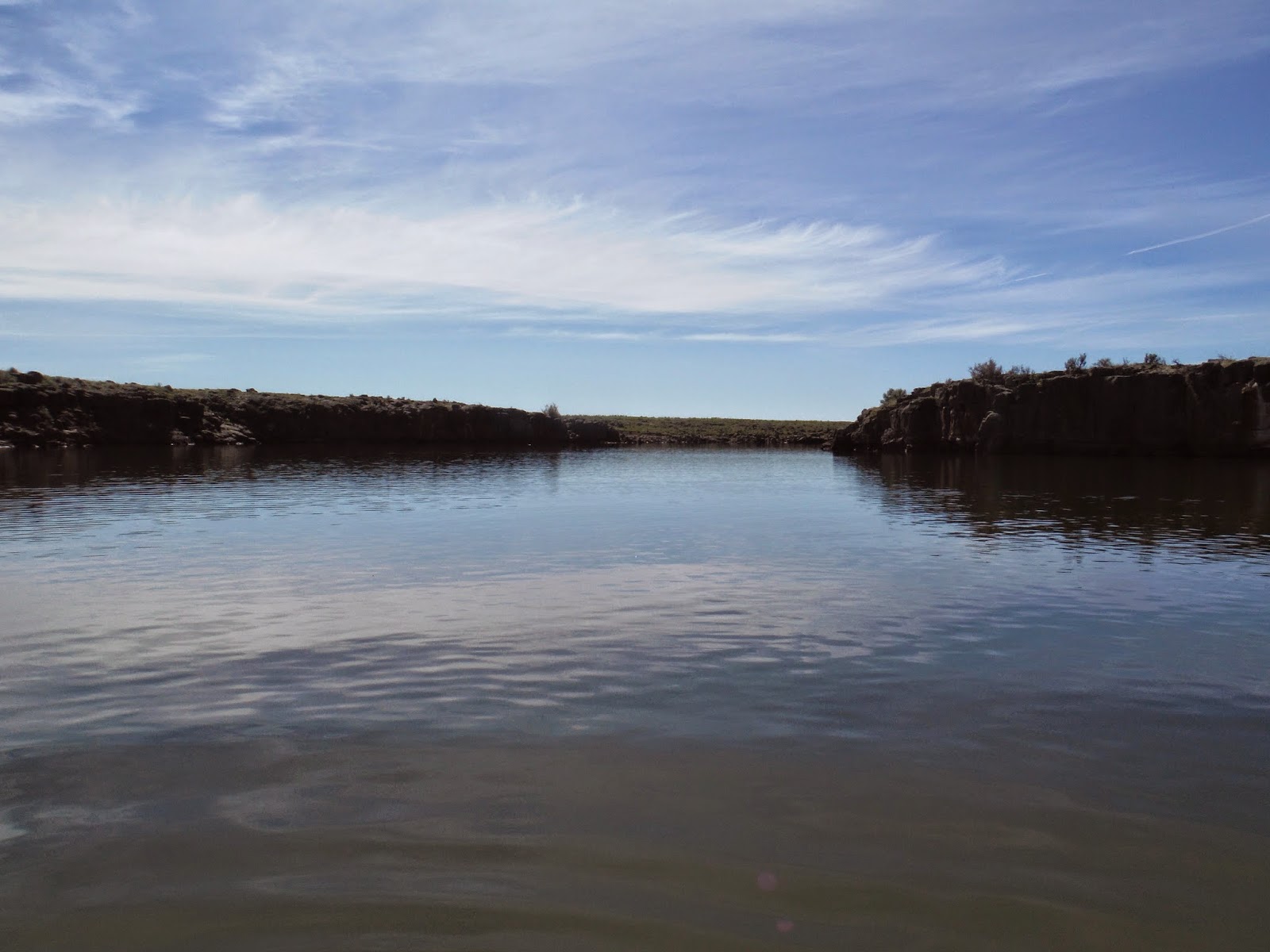 “Well, at leased you saved the day.” I said, as we drove back to Boise.
“I had a friend who would exaggerate the truth every time we went fishing. Even to the point where, if he told the story, it would take me a second to realize he was talking about our last trip out.” Chris said.
“Like what?” I asked.
“Well, last time we fished he got skunked, and I caught one.  When we got home, and his wife asked how many he caught, he said eight.”
“Seriously?” I asked.
“Yeah, so when his wife asked me how many fish I caught, I said 32. My buddy looked at me funny, so I said, if you caught 8, then I caught 32”. Chris said, laughing.
We pulled up to Chris’s house, and his neighbor was out front.
“Hey, how was fishing?” The neighbor asked, as Chris carried his float tube into his yard.
“Well,” Chris said, looking at me, “Erik over there caught 8”.
“Oh, how about you?” He asked Chris.
“I caught 32.” Chris said without hesitation.
“WOW!” Chris’s neighbor said with wide eyes.
“Yeah.” Chris said back, looking at me with the type of smile only found in toothpaste ads.