Skip to content
When Travis Swartz invites you on a road trip, you do whatever it takes to go… even if it means quitting your job.  Lucky for me my boss, John, was nice enough to give me the time off.  Also along for the ride was Travis’s buddy, Jason.  Jason played Hank Patterson’s number one fan in the “Hank Patterson’s Reel Montana Adventure” movie, and with the two of them this was going to be a fun trip. 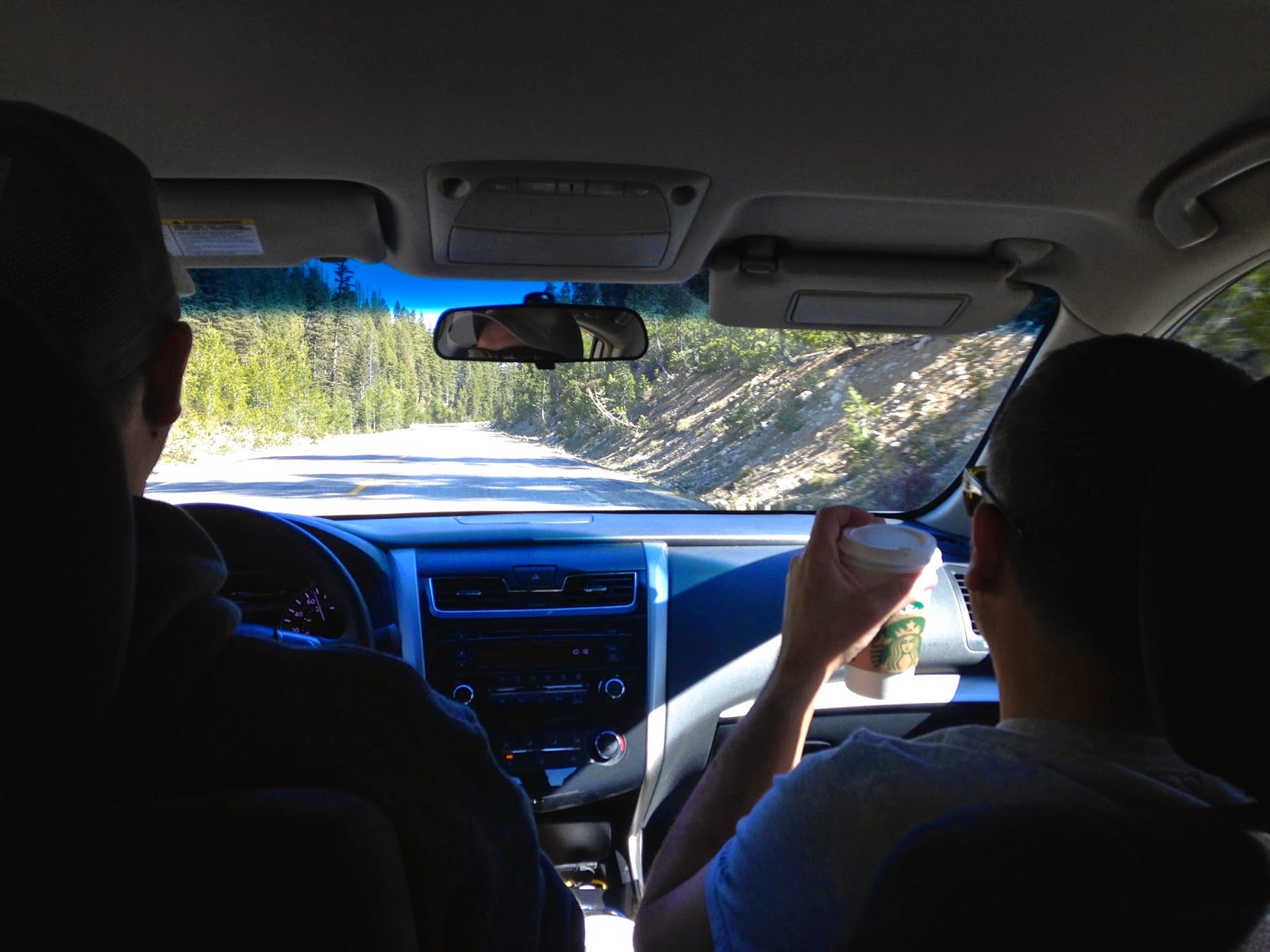 Travis had been hired by Orvis to speak at the 2015 Orvis Rendezvous in Missoula, MT.  This meant we had a seven hour drive ahead of us, but just as I had suspected, time was flying by and we were in Stanley, Idaho, in no time. 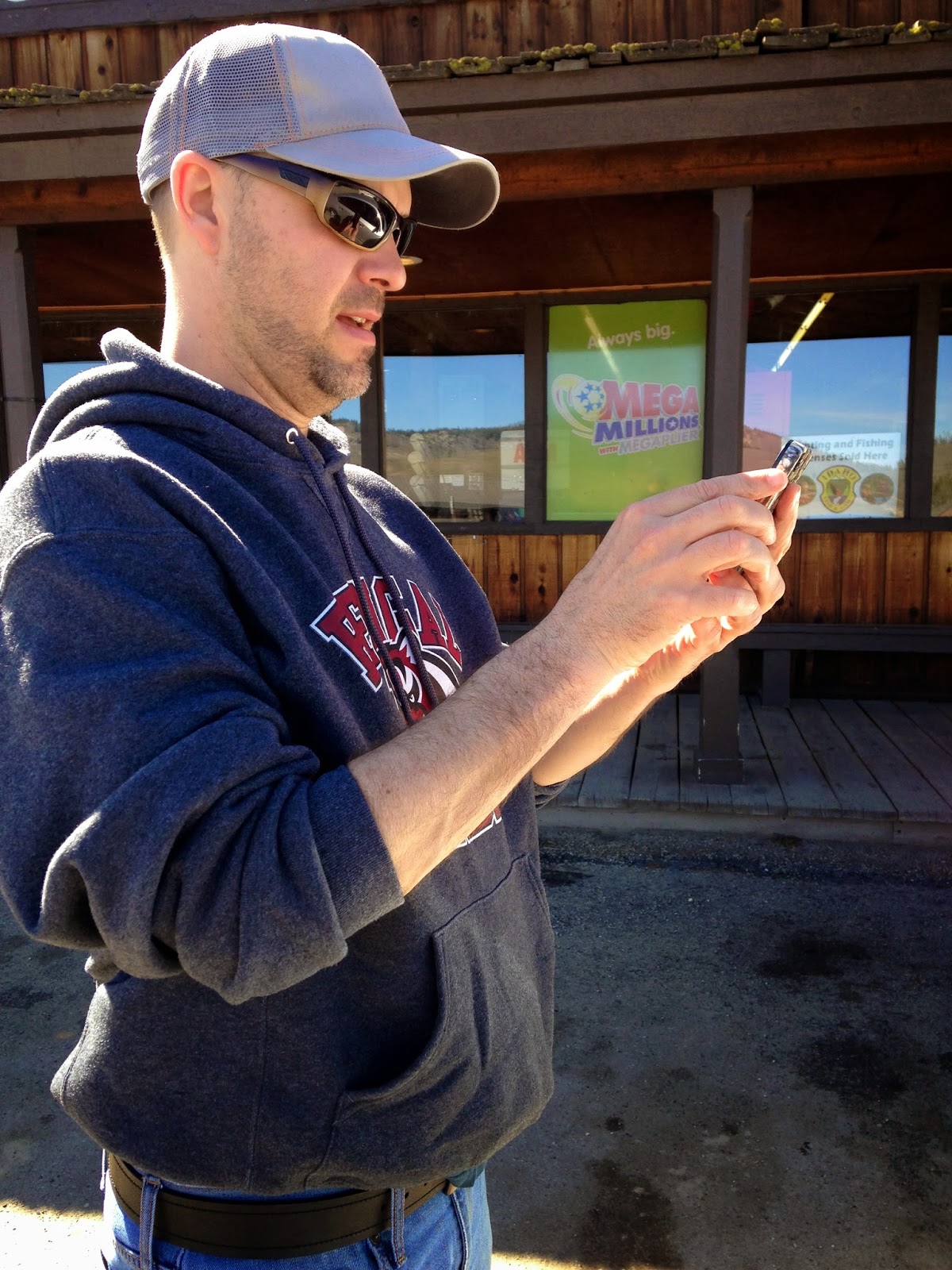 However, it was right after leaving Stanley when we ran into our first obstacle: road signs warning about hour-long delays just ahead, and there was no getting around it.  Travis parked the car in a pull-out on the road that luckily had a trail leading down to the Salmon River. 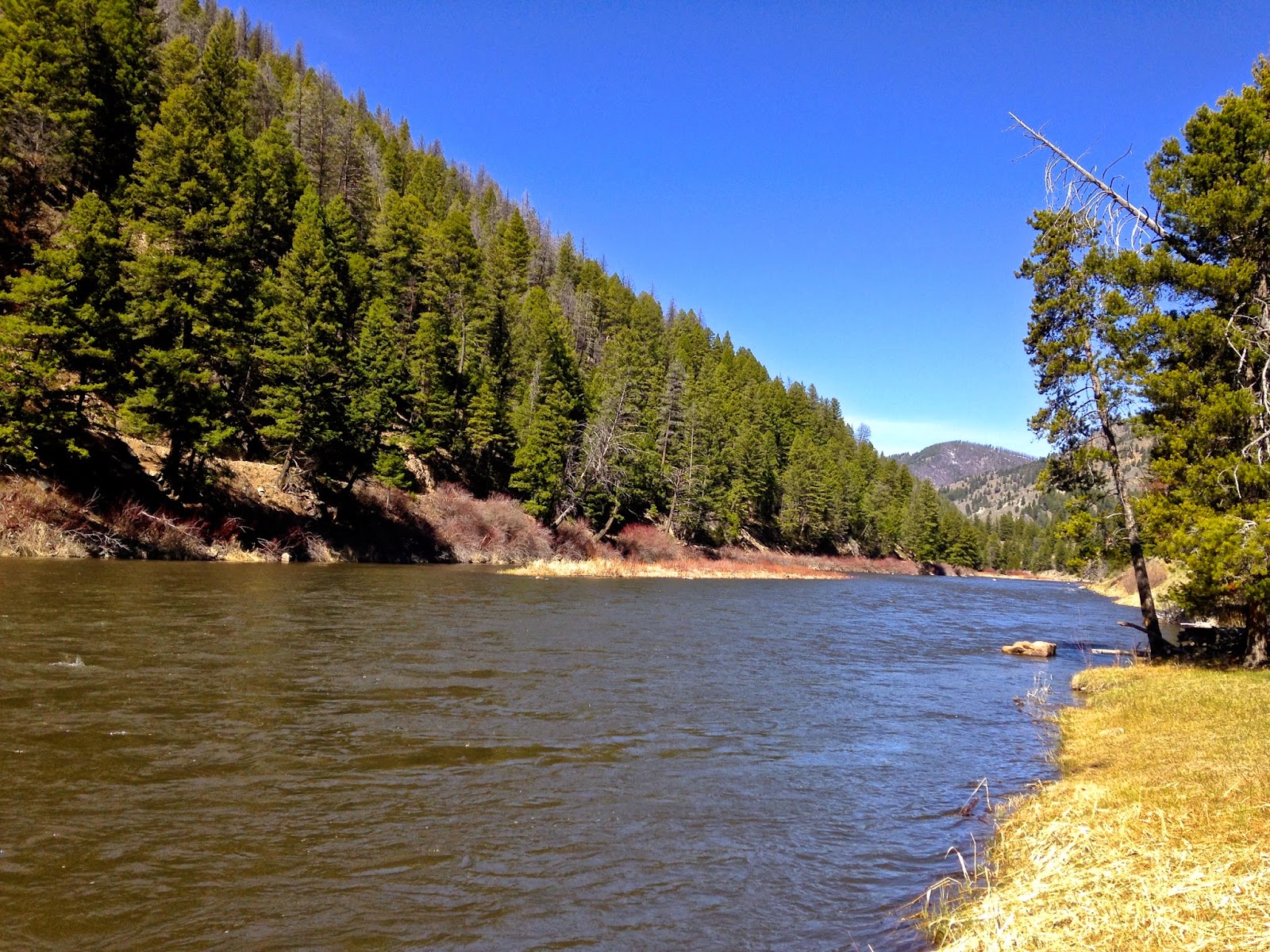 With 45 minutes to kill, the three of us took turns skipping rocks across the surface of the river.
“Twenty thousand years is what it took for this rock to find the bank.” Travis said, before he took the rock and flicked it out into the water. The rock skipped many times, which was impressive, but not as impressive as Travis’s rock-throwing form. 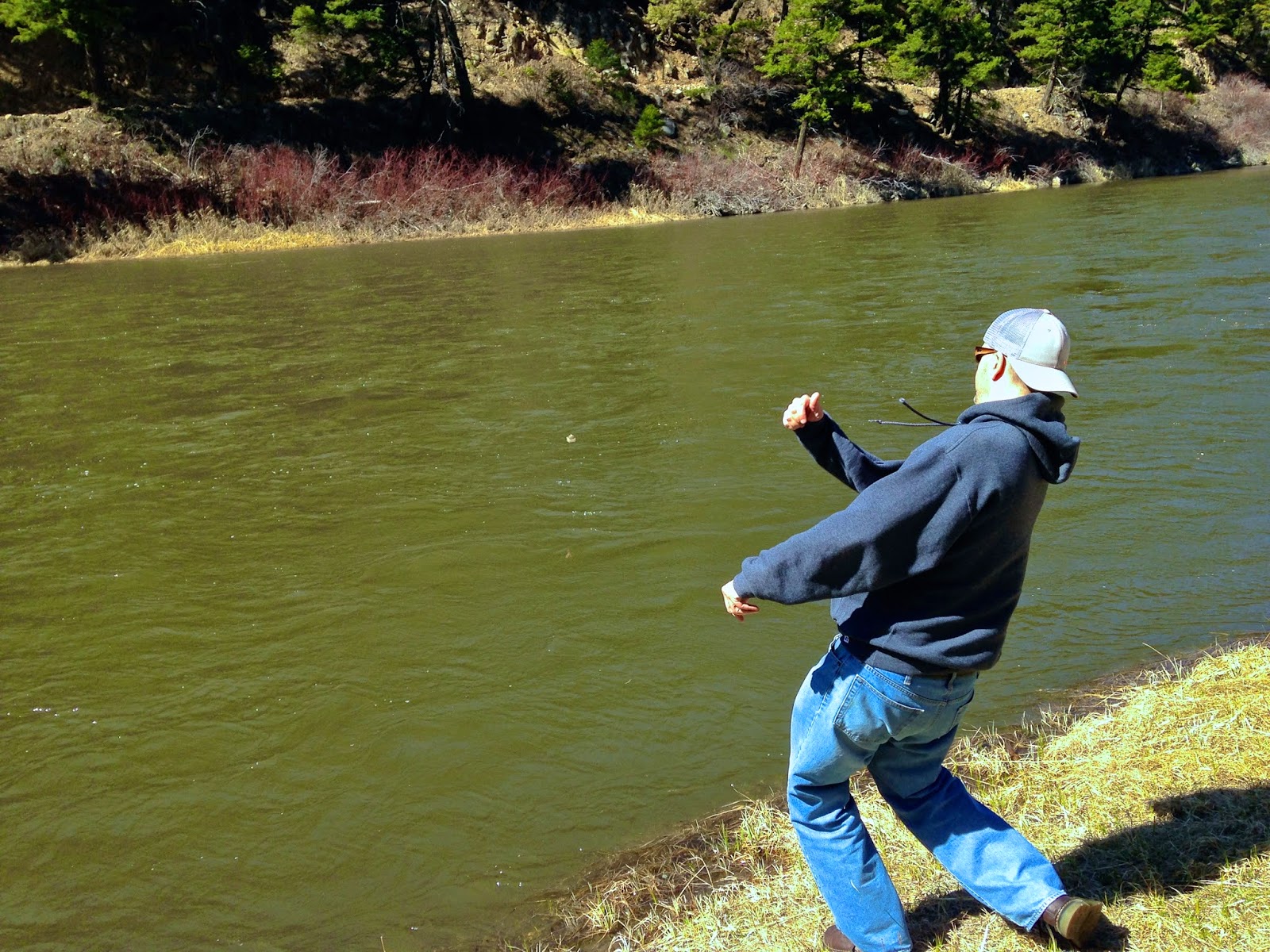 The lane opened shortly after, and we were off to Missoula with a quick stop right across the border to pick up a fishing license. The Bitteroot River was on the way, and we were all itching to hit a river. Travis called our buddy, Travis, from Missoula, who suggested we fish high on the river because of the recent increase on flows.  I agreed with him, but Travis had his own plans.
“I have the perfect spot in mind, guys. Don’t you worry.” Travis said, as we passed opportunity after opportunity to pull over and fish. We promptly pulled into a spot where the water was too high to fish.
“Humm…” Travis said, after seeing his spot. I remained silent in the back seat.
“I know what you are going to say, so just stop!” Travis said, raising his voice. Even though he was not looking at me, I knew he was talking to me.
“I wasn’t…”
“Stop! Geez, didn’t I say stop?” Travis said, cutting me off, “I have another spot… so just… easy!”
We arrived at the other spot, which was also a little high, but fishable. We geared up and headed downstream to fish. 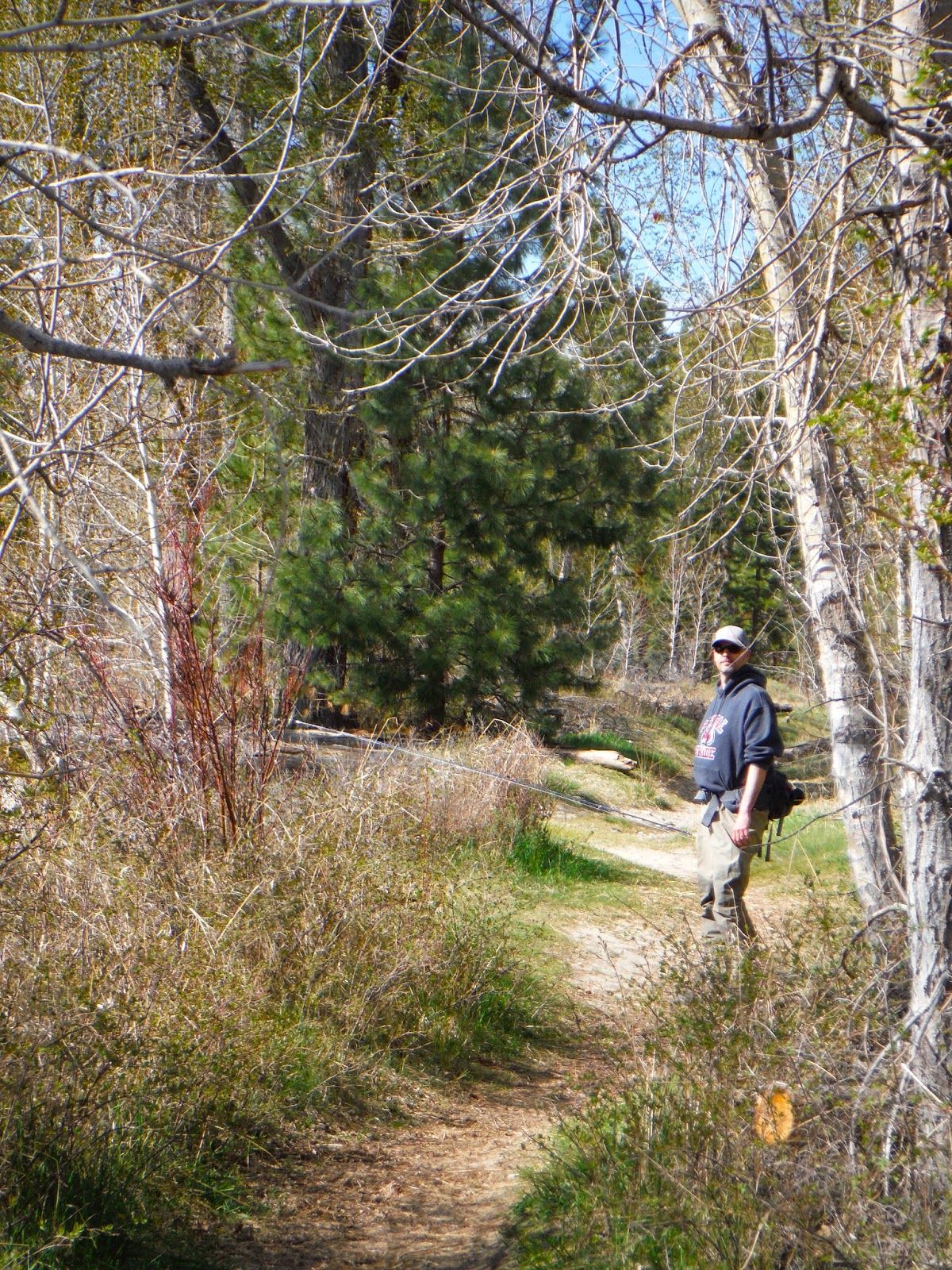 Little Skwallas could be seen fluttering from trees, so we all had them tied at the end of our line.  This was a good sign: perhaps, despite the increase in flows, dry fly fishing would still be good… it wasn’t. 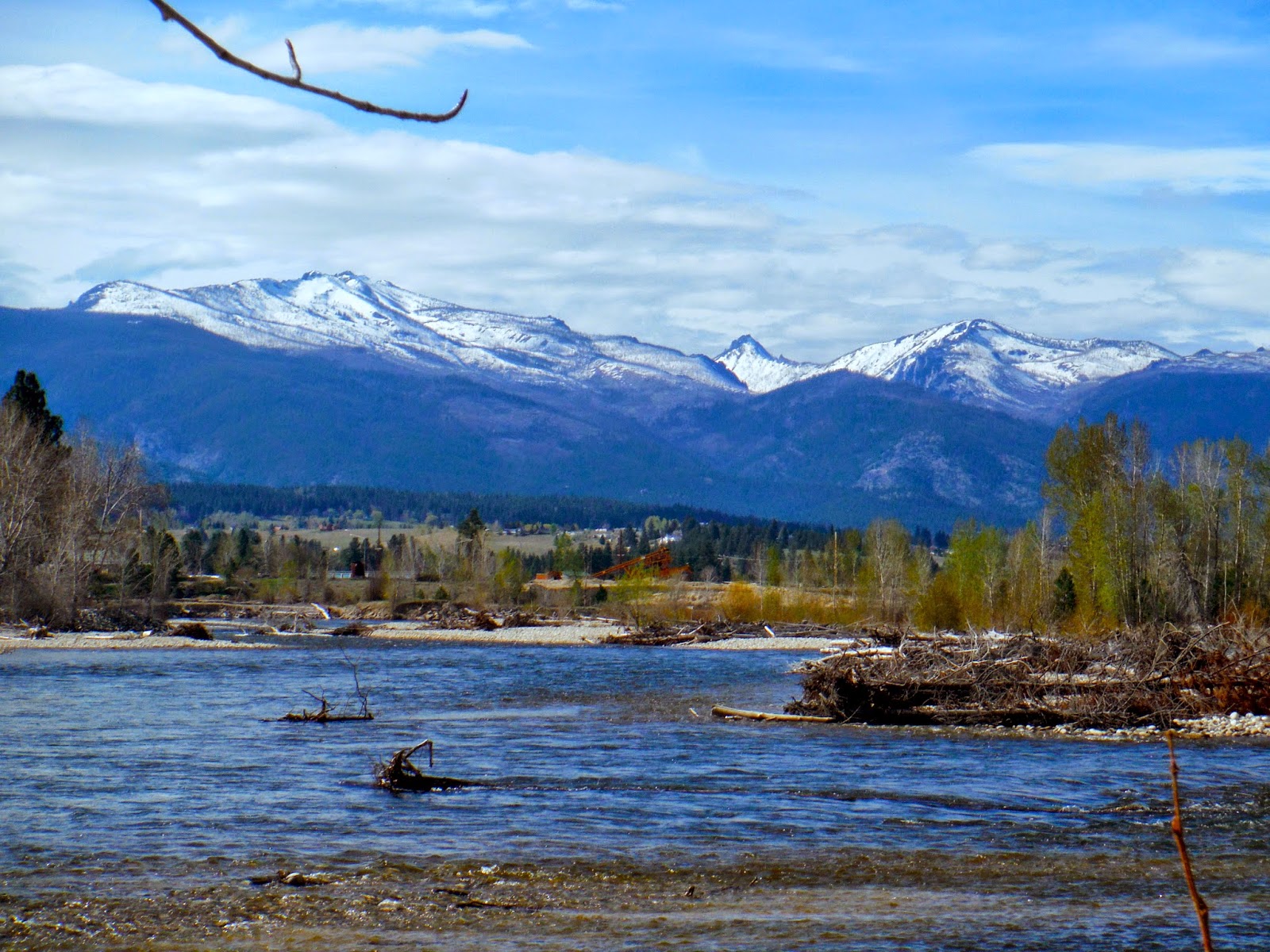 We tossed out our skwallas with no luck. Jason remained upstream to fish while Travis found a nice riffle. A small fish hit right when Travis readjusted his stance, and although he set the hook fast, he missed the sneaky fish. 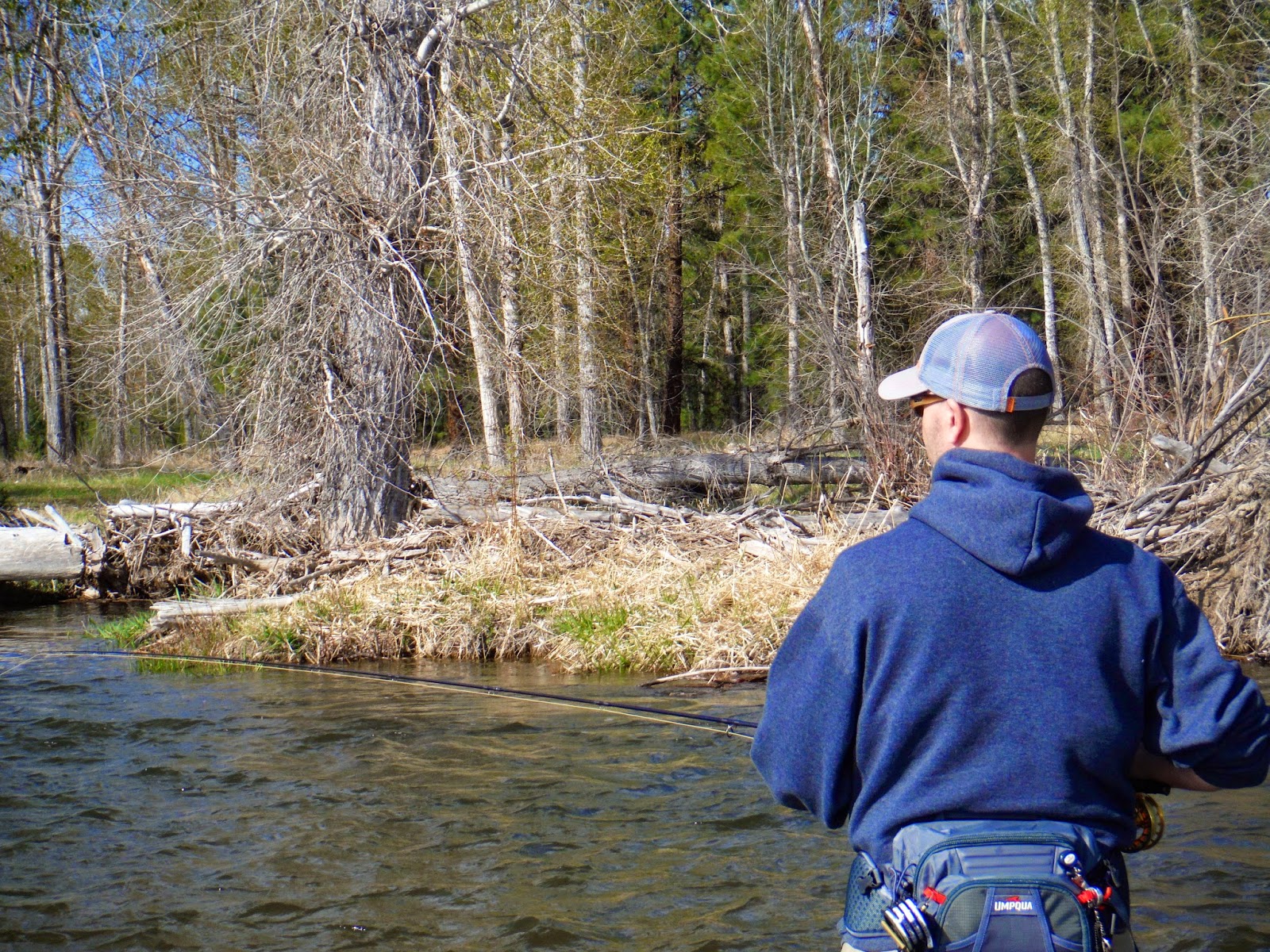 Travis continued downstream, but I remained at the spot where the fish had taken his fly.  I was getting nothing on a dry fly, so I switched to nymphing. In only a few casts I had hooked into a small Bitterroot River rainbow trout. 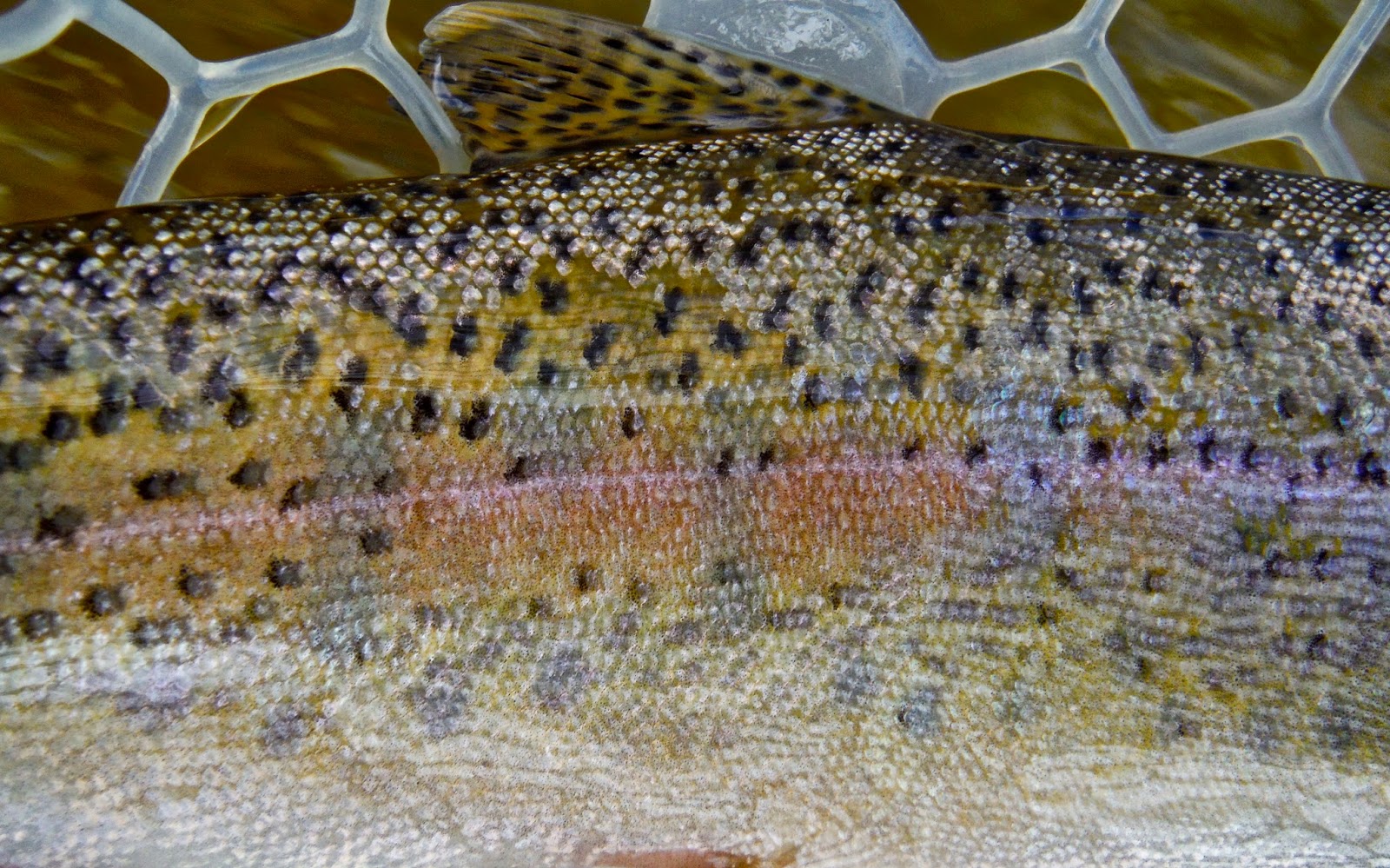 I let my fish go quickly, and went back to fishing.  With such quick success I was sure to get into the fish now, but I was wrong.  The next time my indicater went under I had snagged a sunken log that took my flies. No big deal, I thought as I rigged up another nymphing outfit and quickly lost those flies as well. It was my fifth lost rig that finally got me to stop nymphing and catch up with Travis and Jason. 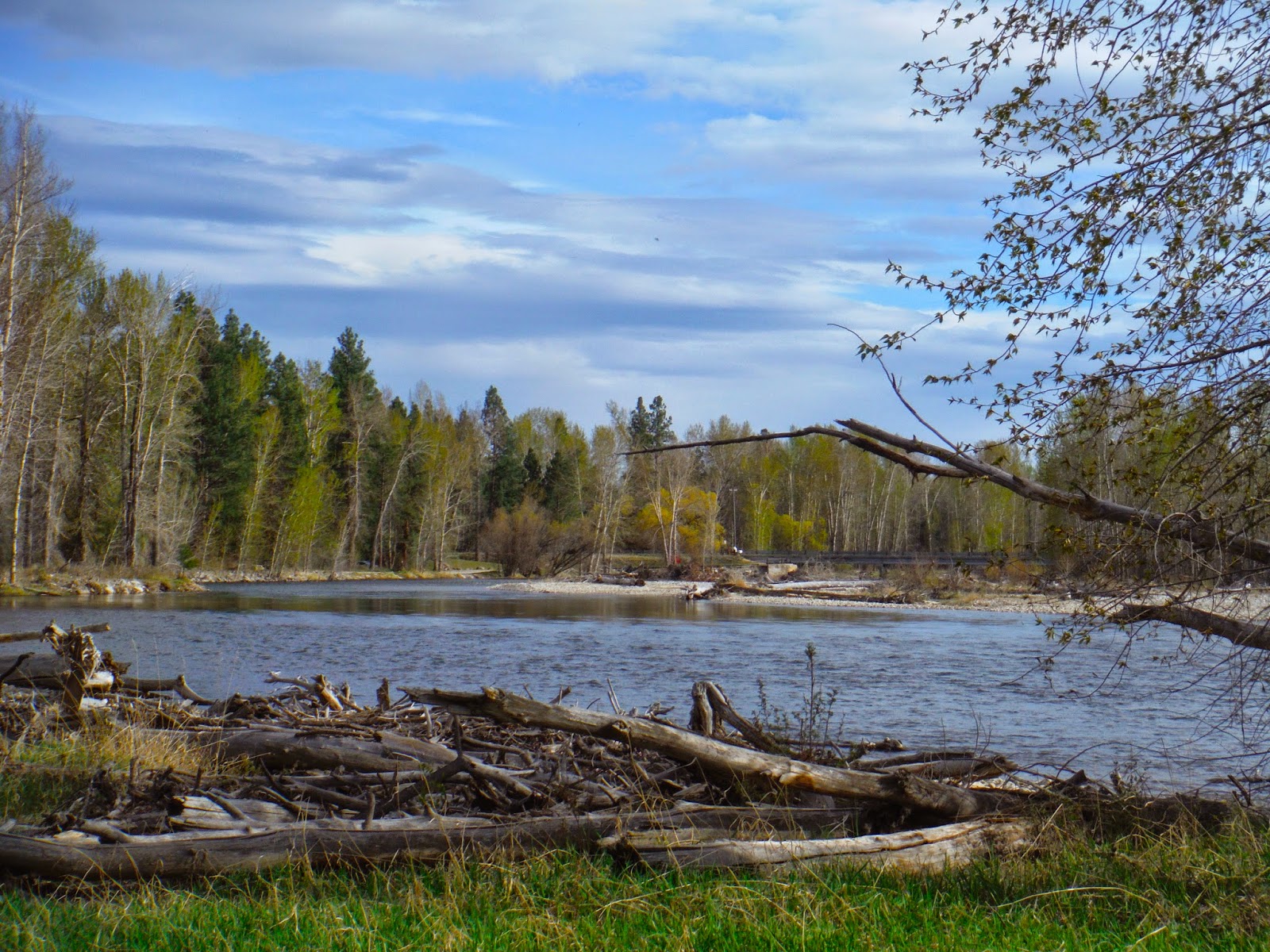 “Anything?” I asked the guys when I approached.
“Nope, unless you count a tree.” Jason said. “You?”
“I got a little one.” I said.
“On a dry fly?” Travis asked quickly.
“No, I switched to a nymph.” I said back.
“Ooooooooh, a nymph huh?” Travis said, sounding disgusted  “I don’t think I could bring myself to nymph… but whatever.” He said, as we walked back to the car. 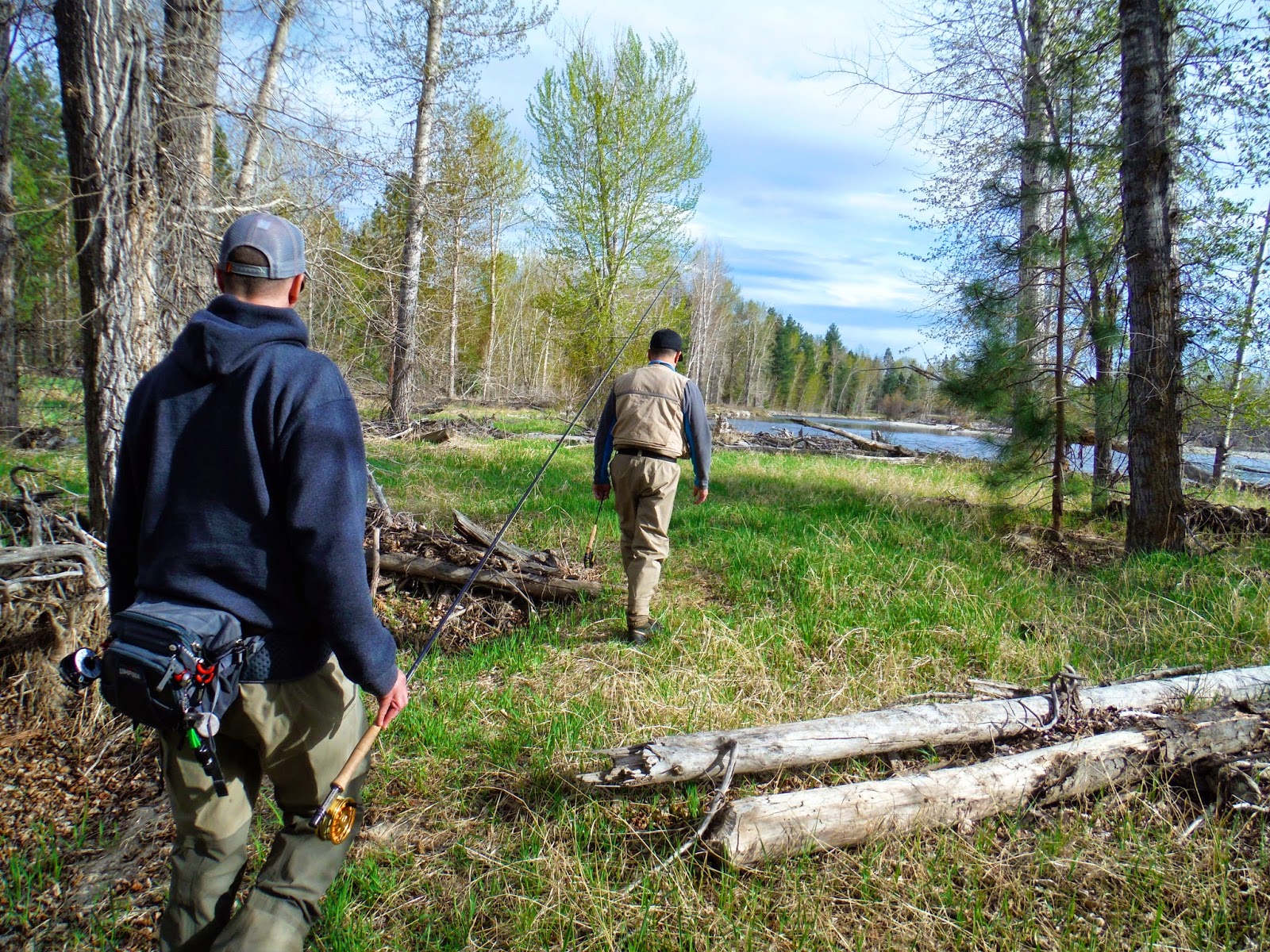 Finally reaching our destination after the long drive was nice, and eating at the local pizza place was even better. I did not expect to eat gourmet pizza for dinner in Missoula, because I was expecting a small town.  This was my first time there, and I was happy to see buildings over three stories high.  The weather was tipping into spring which made the town, and everything around it, look very lush and brilliant. I could live here, I thought to myself. 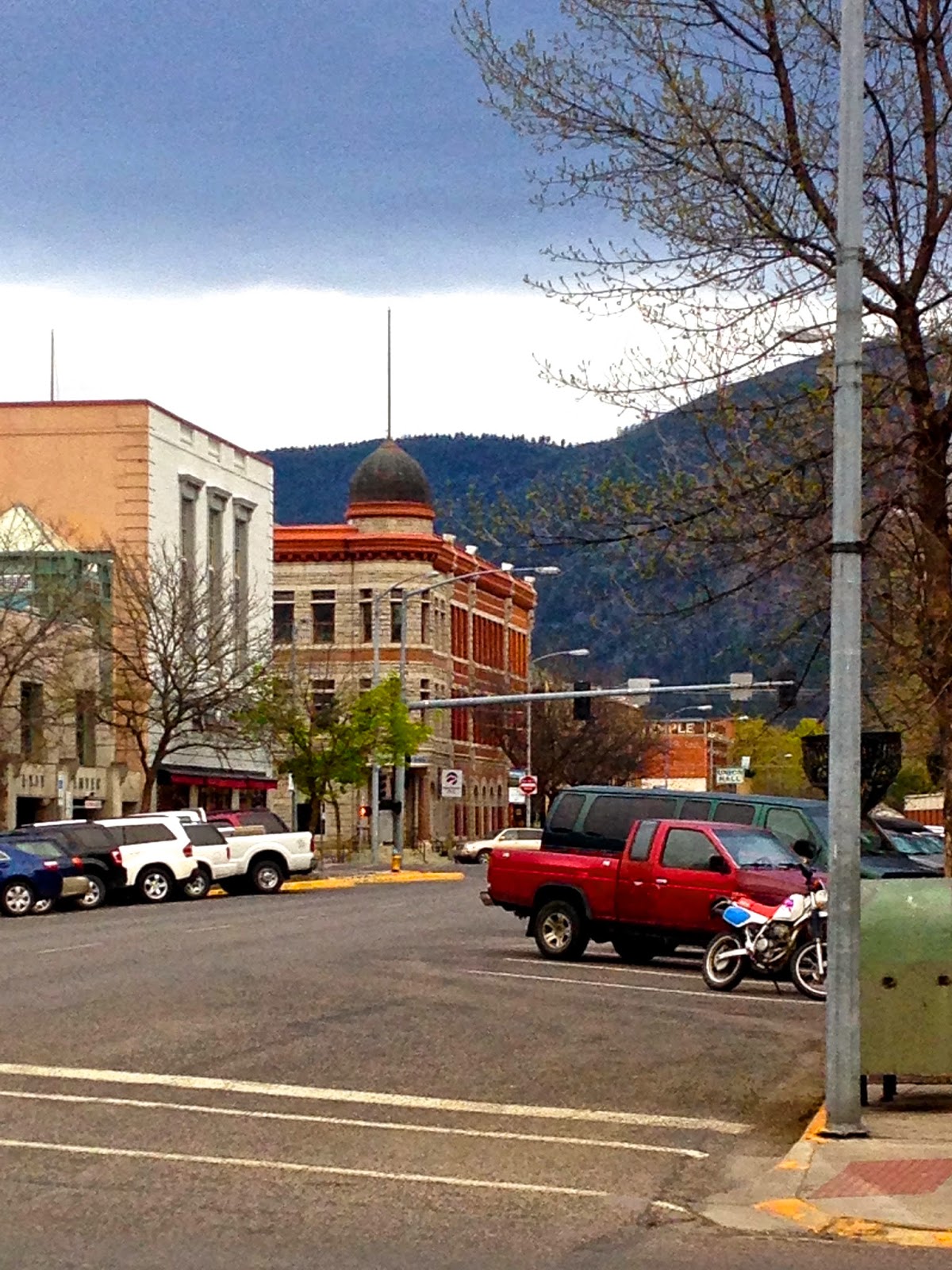 Travis’s friends, Joel and Deb, were kind enough to let us stay at their house, which was located up in the hills with a spectacular view. 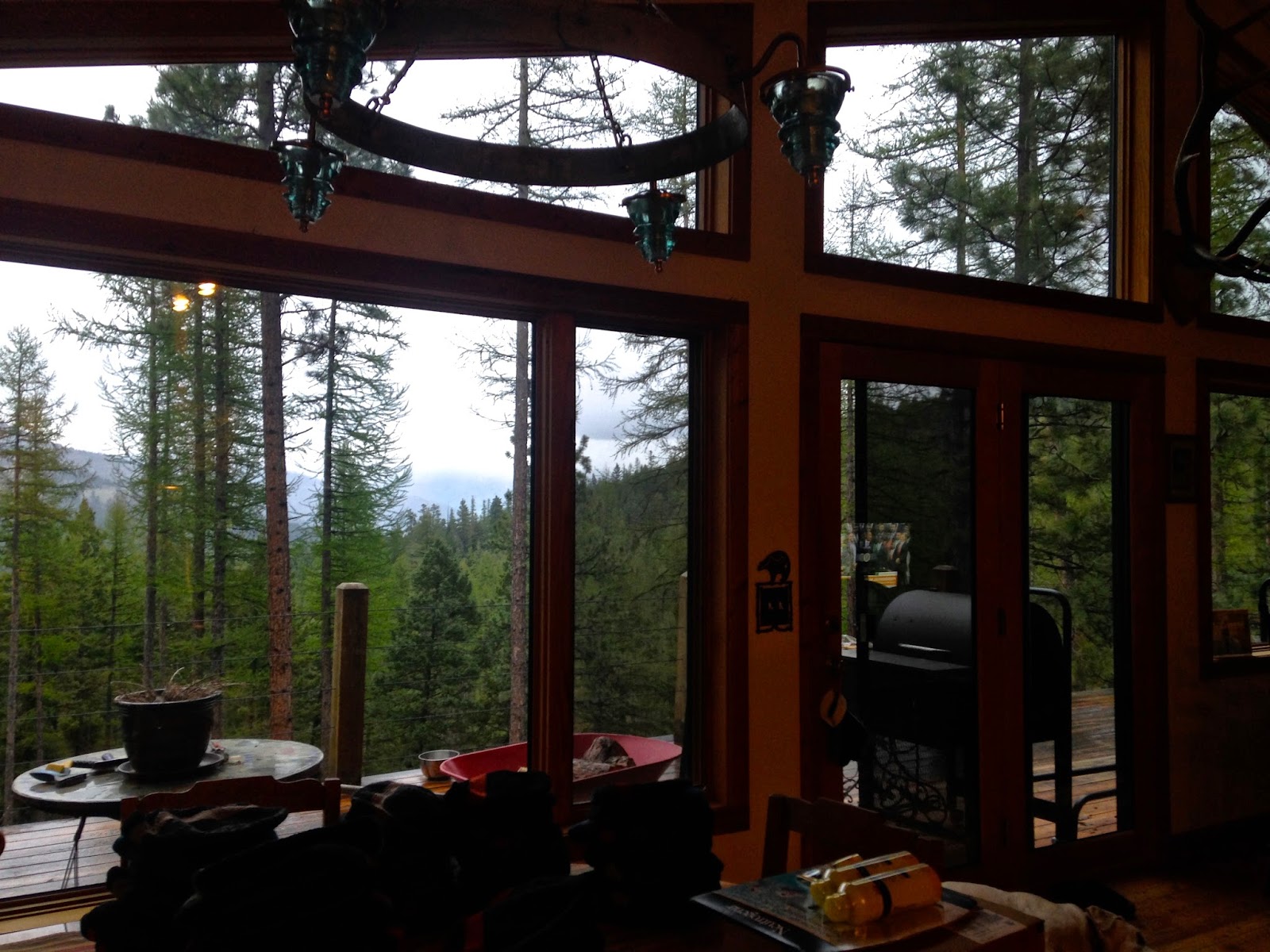 Sleeping was going to be comfortable here, but the excitement of fishing new waters tomorrow kept me up late.  To fill the void, I organized all my fishing clothes for the next morning; this way, as soon as I get up I can be ready in a flash.  Now for all that pesky waiting.

3 thoughts on “Headed to Missoula”