Skip to content
Fishing Rocky Ford Creek was a fun way to start my day, but now it was time to fish the Yakima River with my buddy, Tyler Steffens.  Tyler is a guide at Red’s Fly Shop near Ellensburg, WA, and I was lucky he was able to float the river at the drop of a hat. 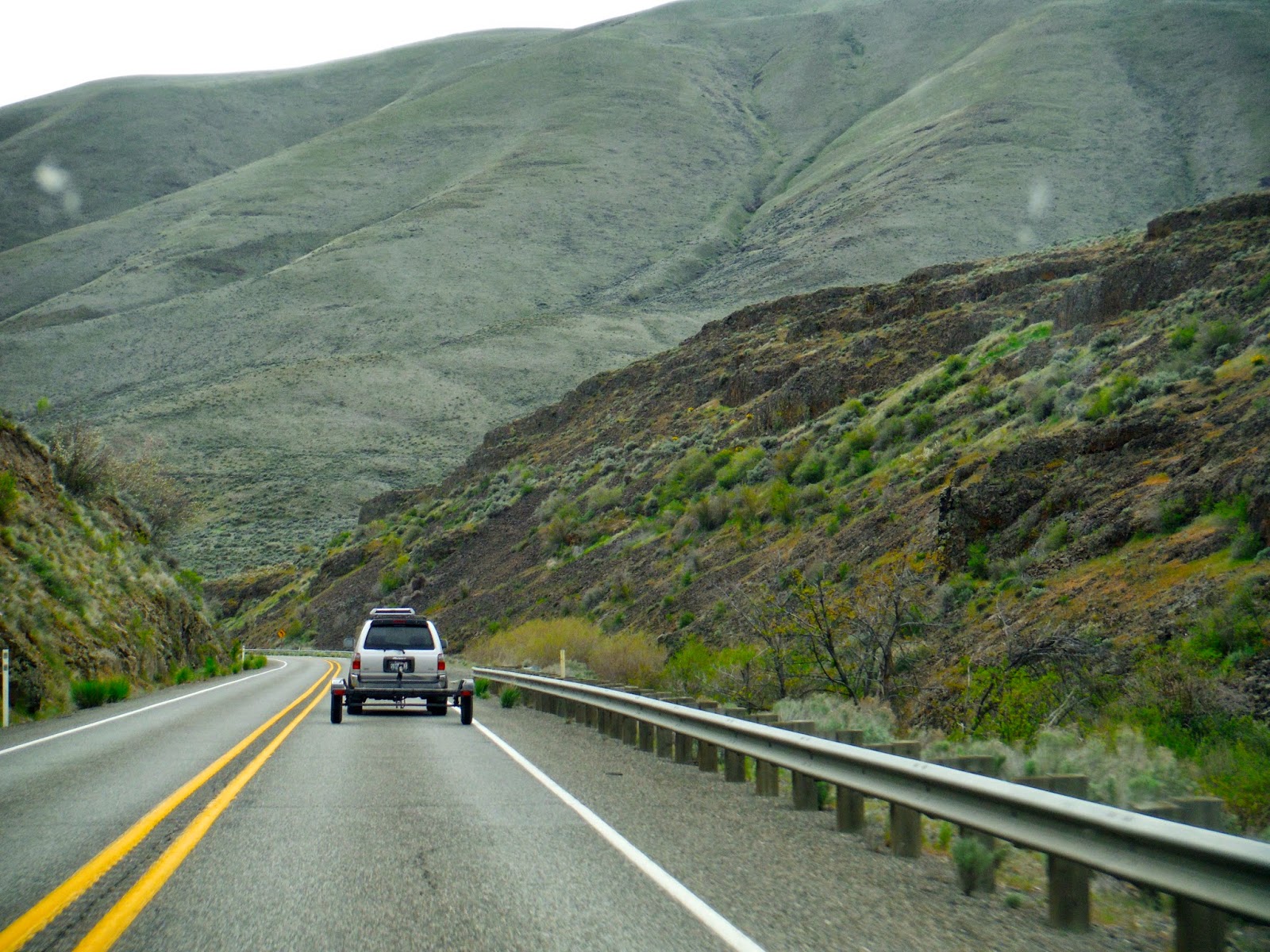 Springtime offers its own challenges on the Yakima River, and we were hoping for the best as we geared up and launched the boat. Tyler was very optimistic about throwing salmon flies, and if the fish were eating them, it would be an excellent day. 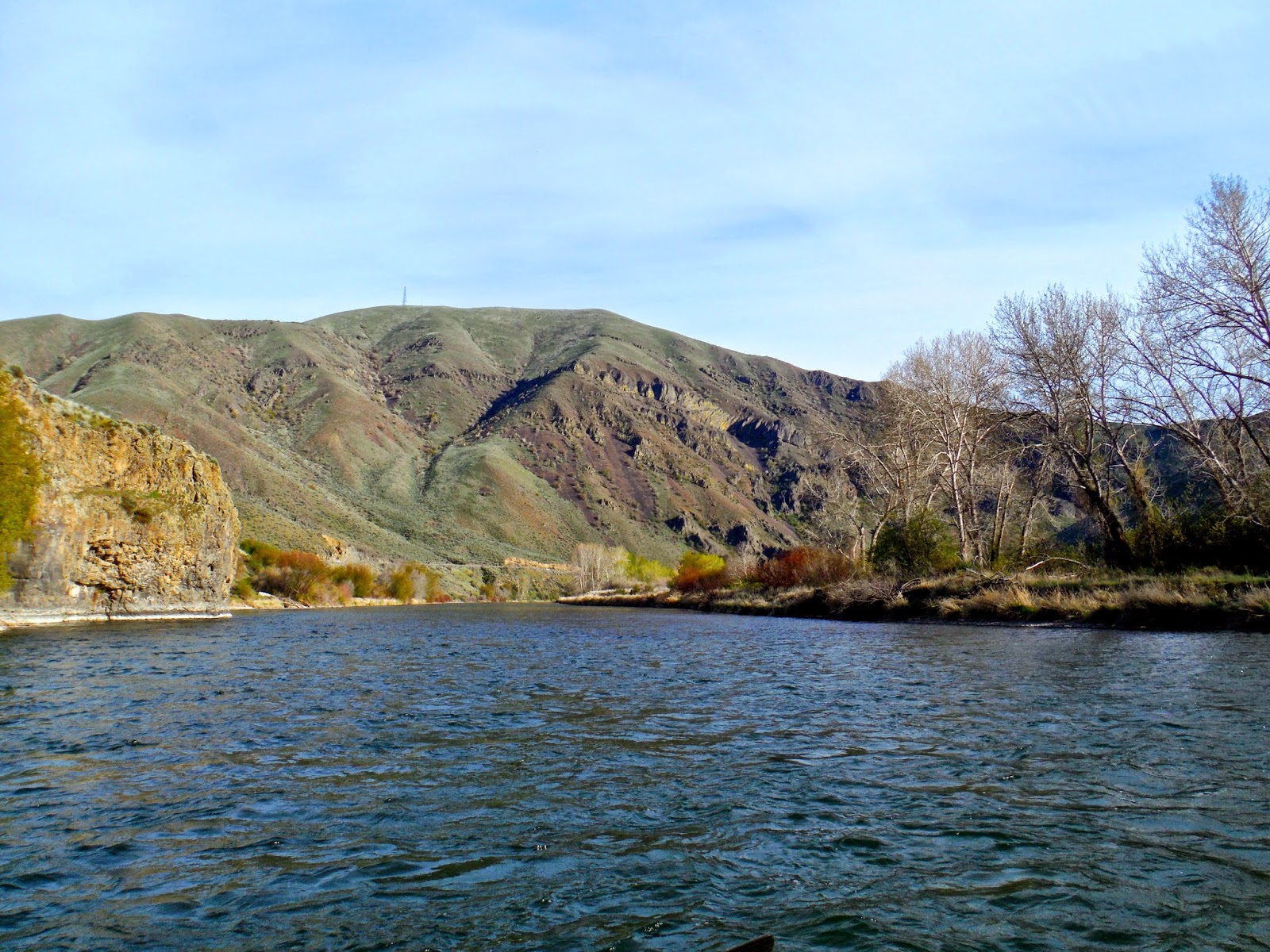 Another reason to be excited for the float today was Gracy had agreed to come along. Gracy loved to go fishing when she was a kid, but not necessarily because she loved the sport; it was more for the junk food that was consumed only while fishing and camping. I was sure to stop at a gas station to pick up a few treats for her before we hit the water. 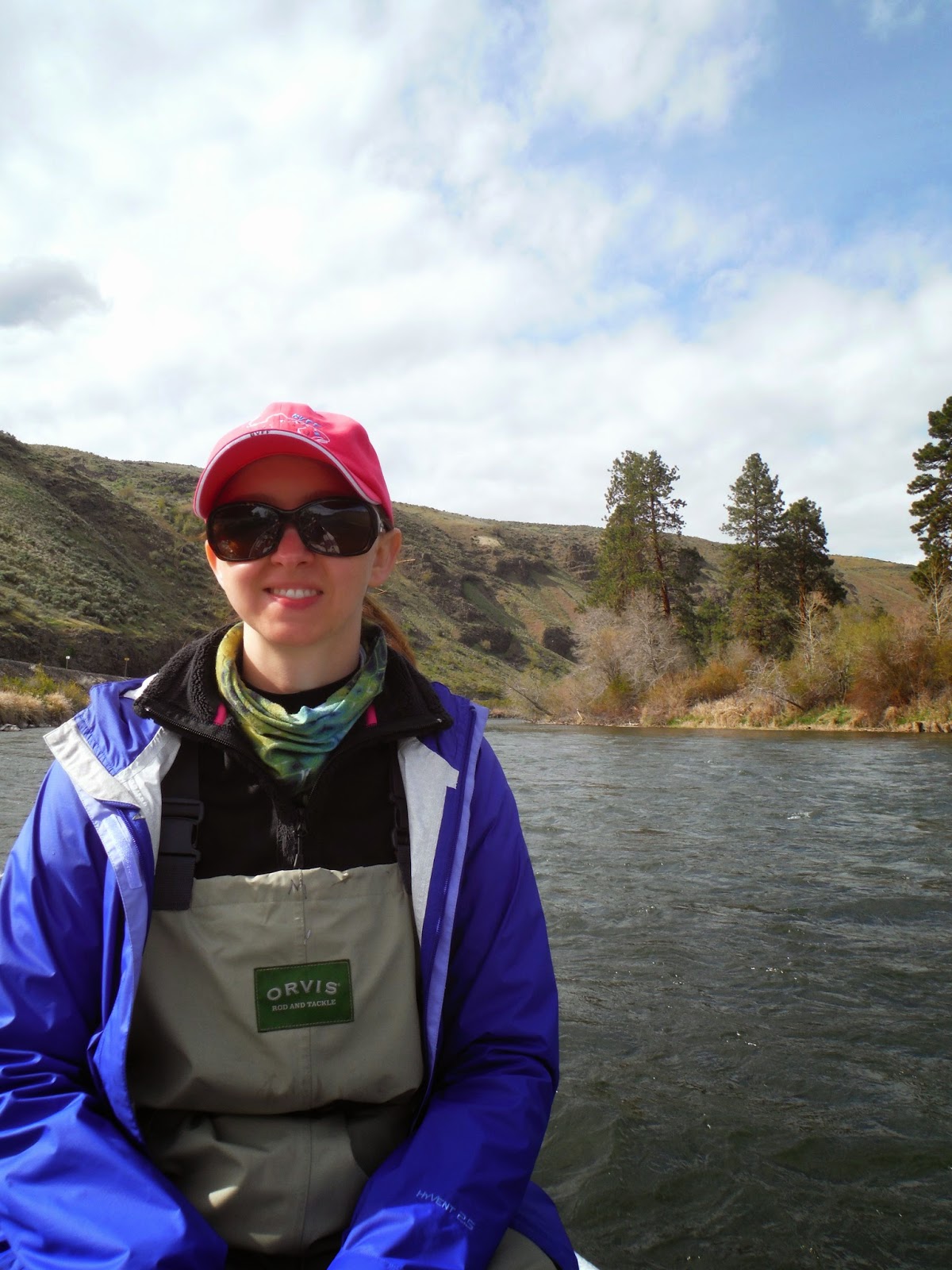 Tyler got Gracy all set up with a salmon fly, and was giving her advice on how to cast.  This was great, because if I were doing this it would end in an argument.  Tyler explained it well, and Gracy was flicking out the salmon fly in no-time-flat. 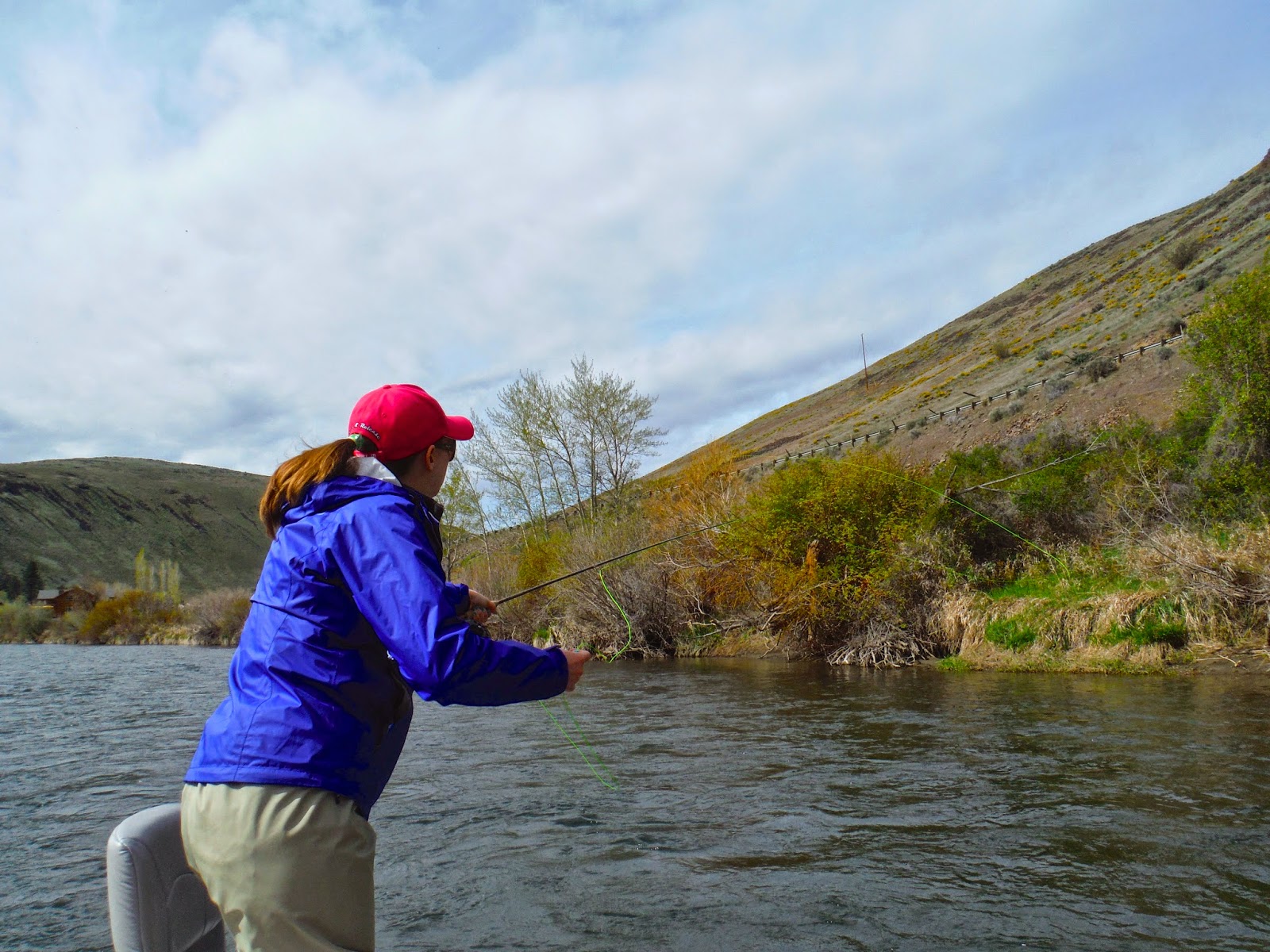 I did offer Gracy the front of the boat and when she refused, I took it willingly.  Tyler kept us a nice distance from the bank allowing us to pitch out nice presentations to some fish. 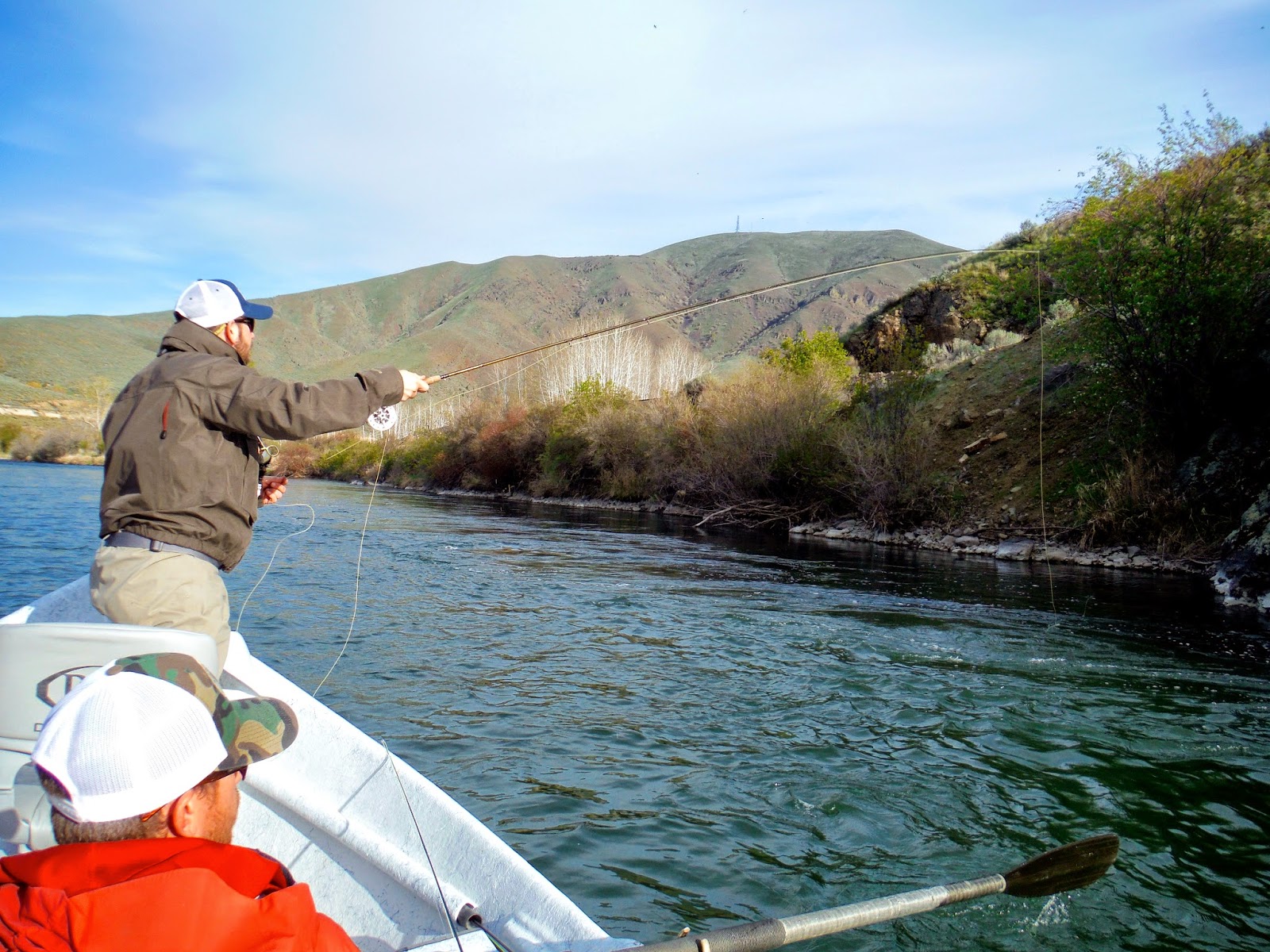 “A rising fish!” Tyler yelled, while stomping on the anchor release to bring the boat to a stop. The three of us took turns pitching out our flies to the rising fish, hoping it would eat, but the fish was only interested in tiny may flies. As I tied on a small blue-winged olive may fly, Tyler had a take on the pheasant tail, but the fish popped off almost immediately.  I offered my fly rod to Gracy with the correct fly before taking my own shot at the fish. She only wanted to throw her fly, so I offered up my fly to the fish, and it ate it.
“There we go!” I yelled, as the fish jumped out of the water to put on a show.  The little fish was netted fast, and I took a quick picture before letting it go. 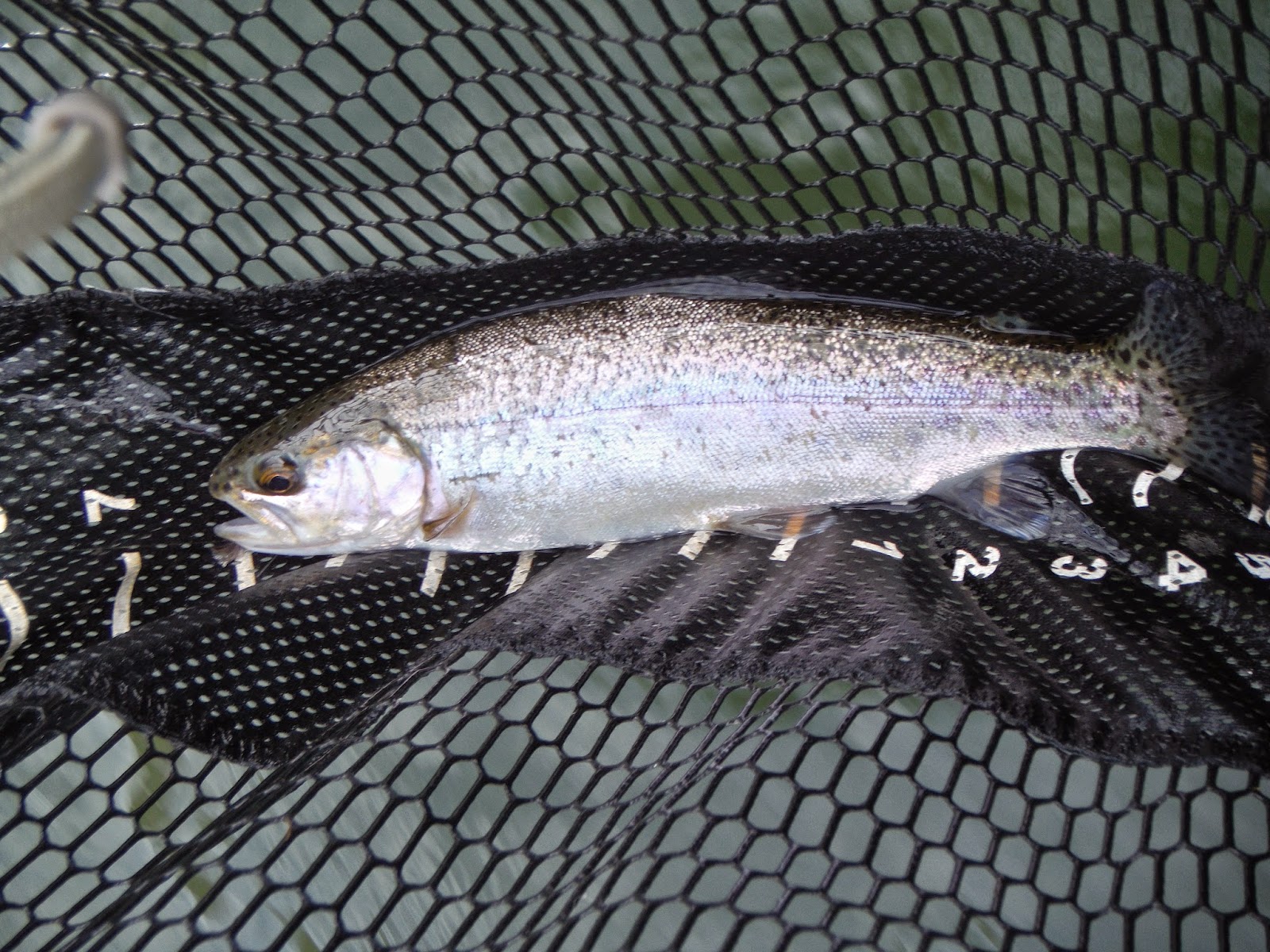 The warm spring day kept us comfortable, and every once in a while the sun would poke through the clouds to beam down on us. Even though the float had just begun, I could see that Gracy was eyeballing her snacks. 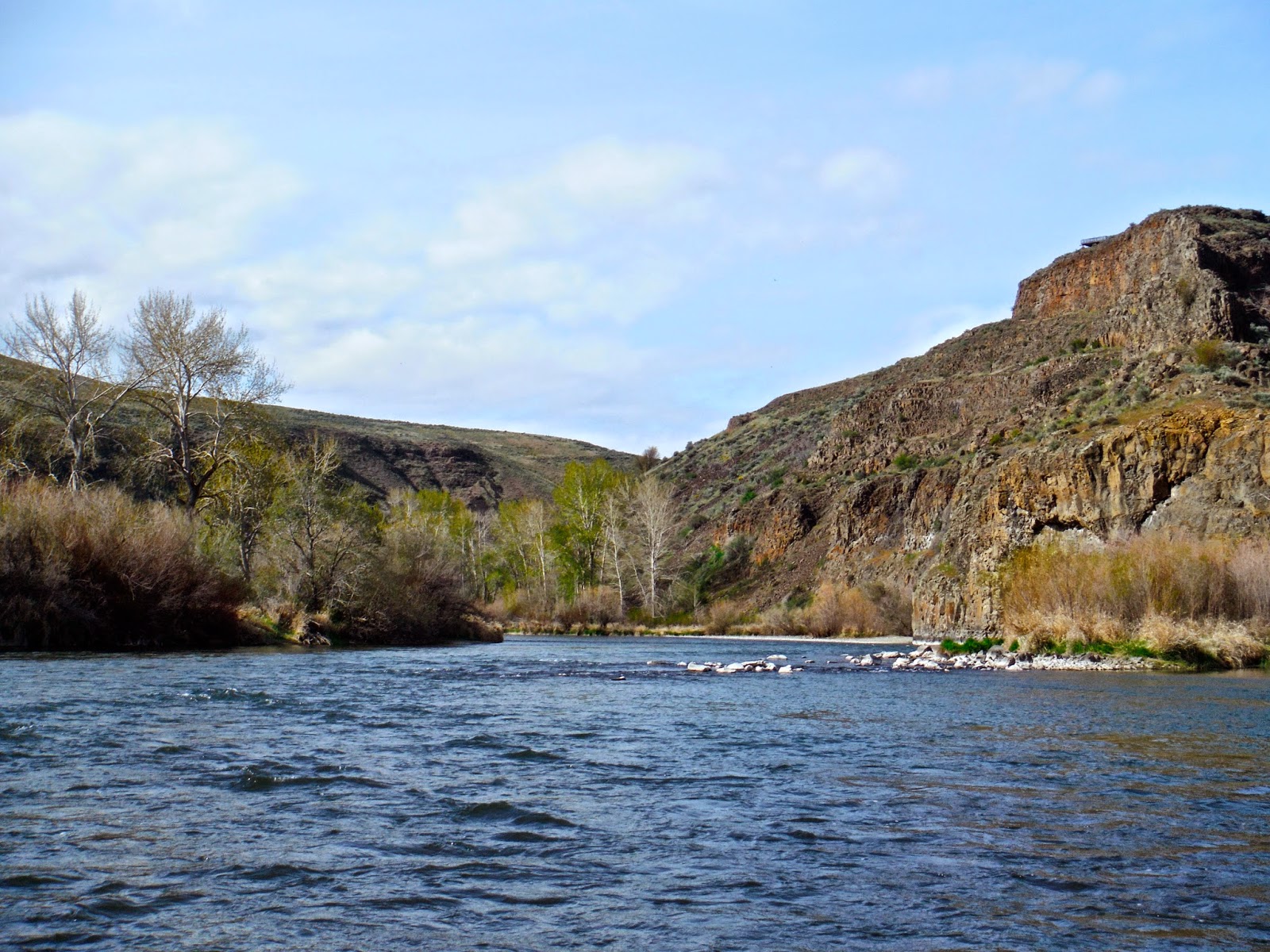 Around a bend Tyler suggested that we stop the boat over a gravel bar that provided a nice spot to wade fish. 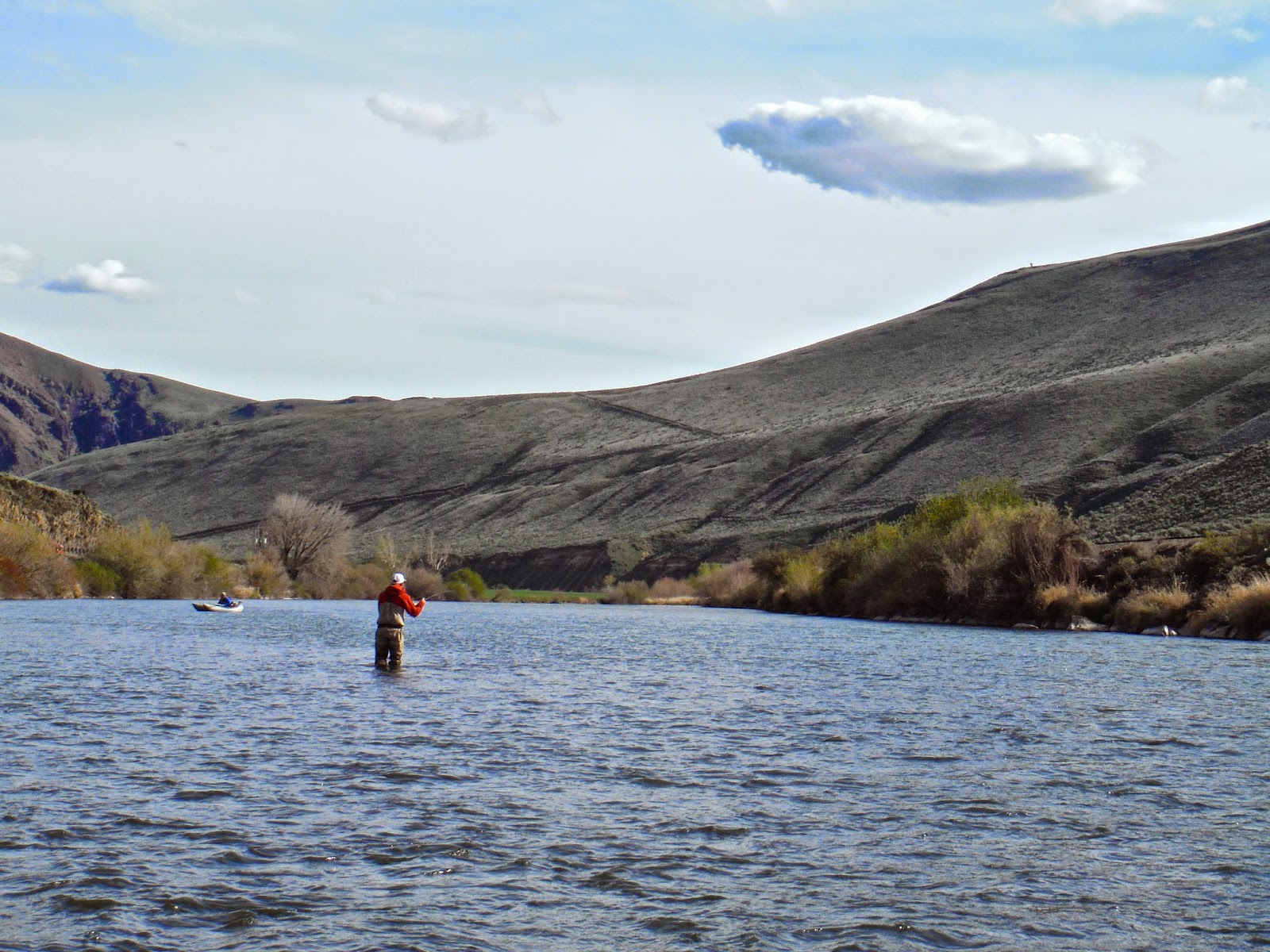 The three of us hopped out and proceeded to fish the riffles.  After I had searched with my dry flies with no luck, I switched to a nymphing rig.
“Already going dirty, huh?” Gracy said as she got back into the boat.
“Well listen to you!” I said, “Been fishing for an hour and think you’re all-that.”
Gracy just smiled back at me, and grabbed the bag of popcorn to snack on before we pushed on. 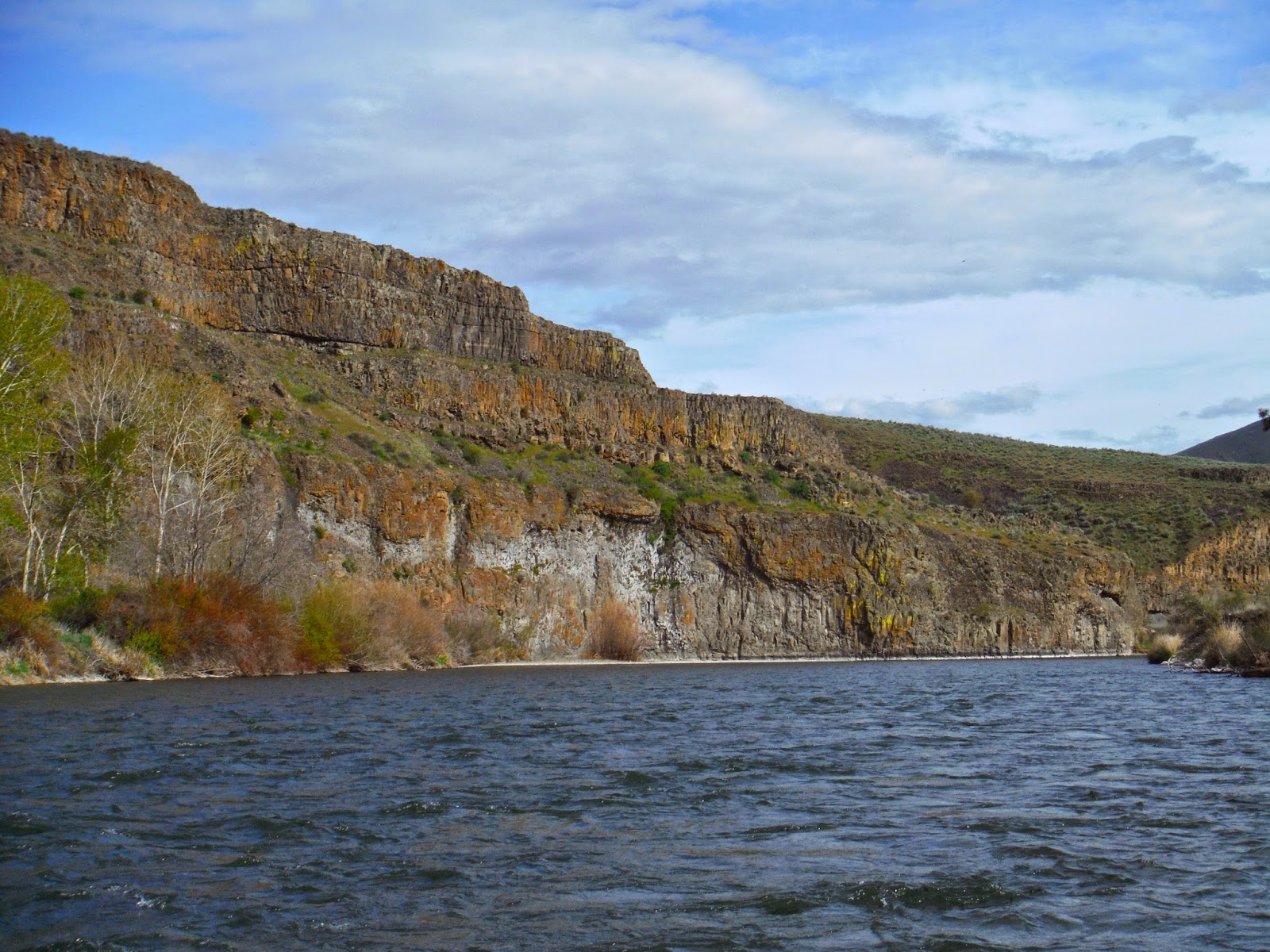 Further into our float we came across a nice free field with miles of green grass that stretched down to the river, but the smell that came with it was far from pleasing.
“Man, Erik is there a hole in your waders?” Tyler asked as a thick waft of manure stench engulfed our boat.
“Wow, that is strong.” Gracy said, covering her nose.
“Hopefully it goes away.  Is it coming from this field?” I asked.
“It’s Lmuma!” Tyler said, “It always smells like this.” 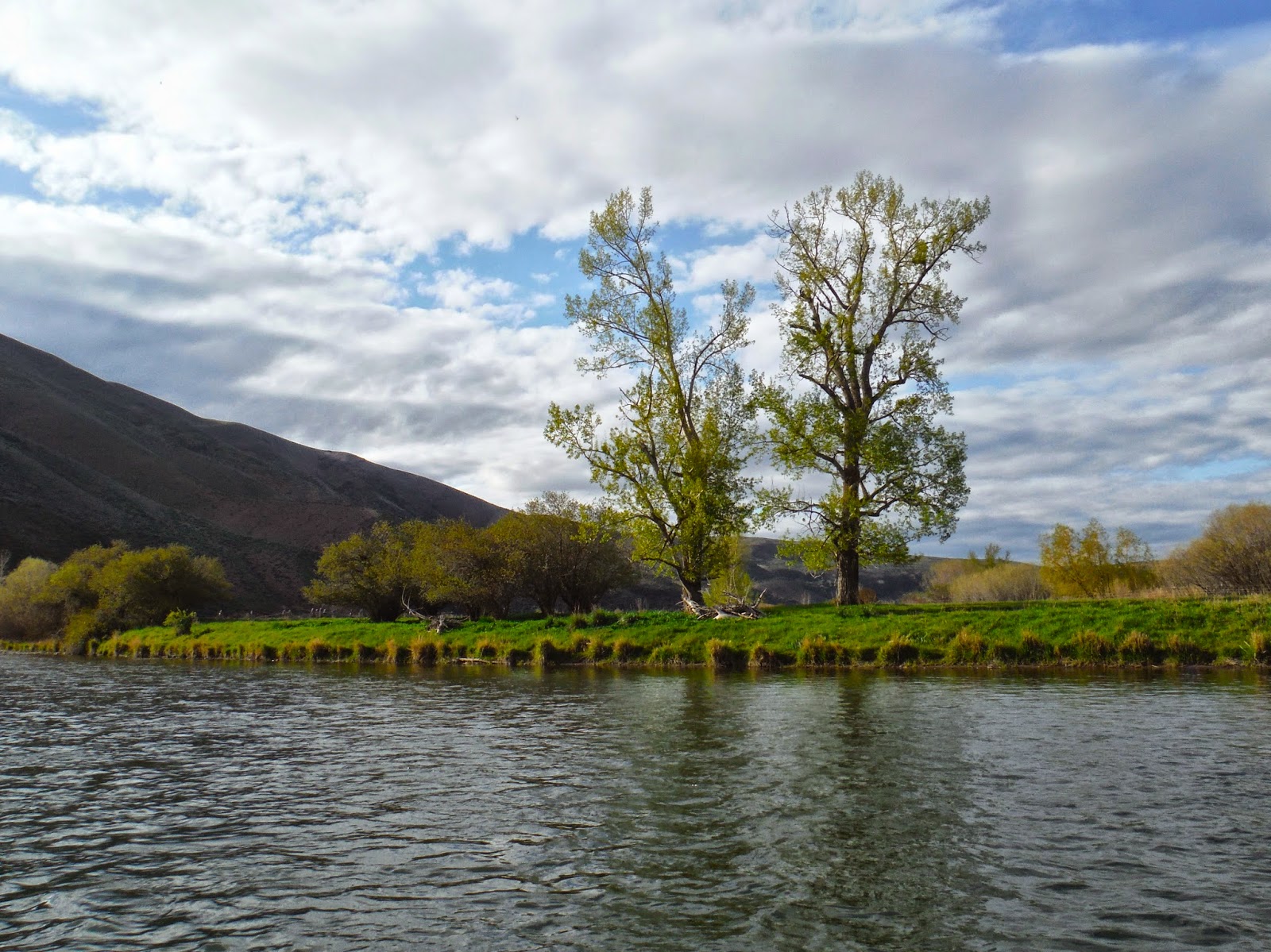 We figured the farmers had just fertilized the field, but whatever it was, it was not going away.  The smell was so thick you could cut it with a knife, and if you tried to breath through your mouth you could almost taste the manure.  Despite the stench, Tyler played out a nice cast near some good looking water. 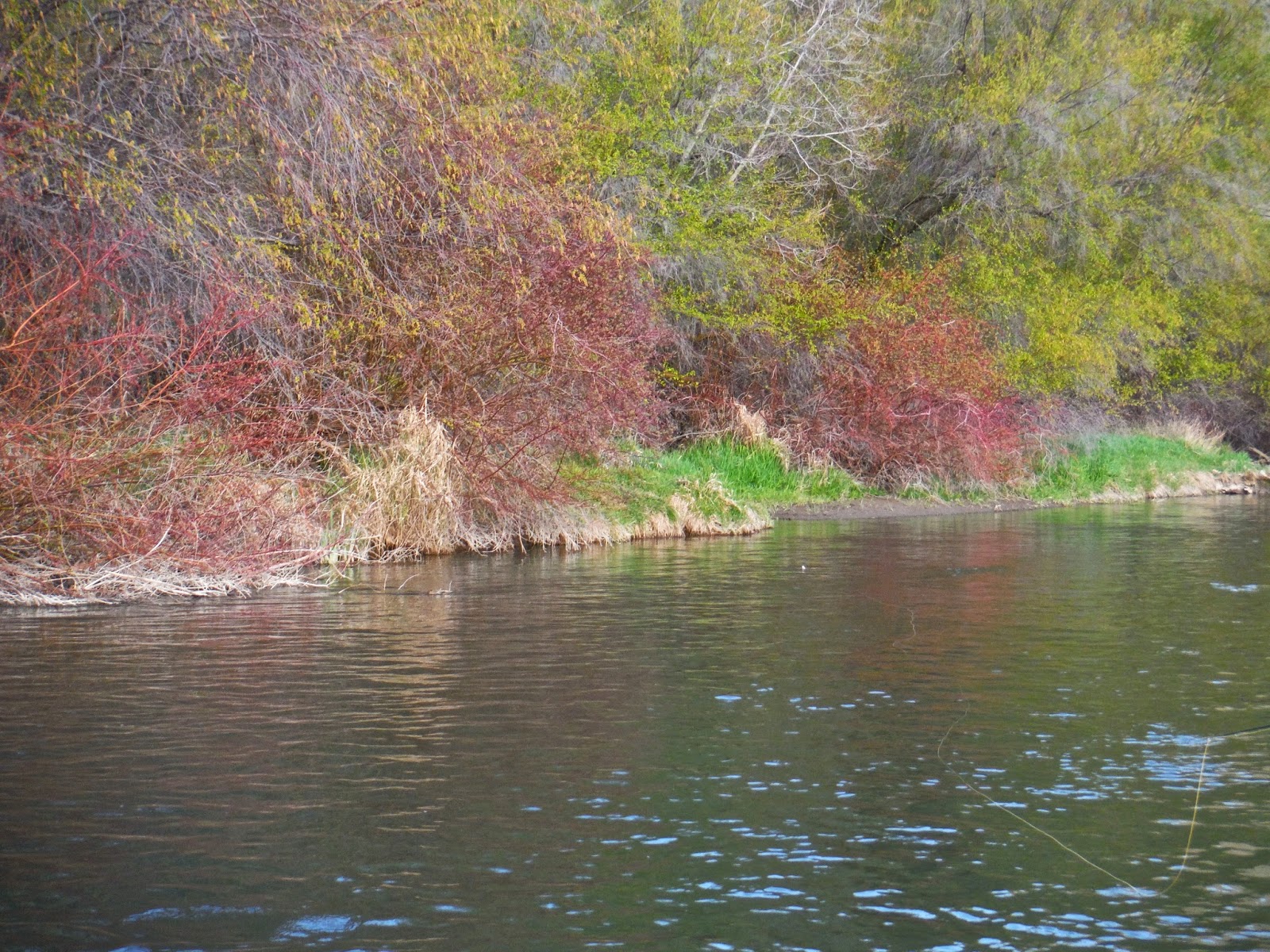 “There’s one!” Tyler yelled, fighting a fish.
“It’s about time!” I said back, because it had been over an hour since any of us had hooked a fish. Just as Tyler had the fish near the boat, it shook off the line.  A heavy sigh came from Tyler, as he stood looking into the water for a long second before going back to casting. 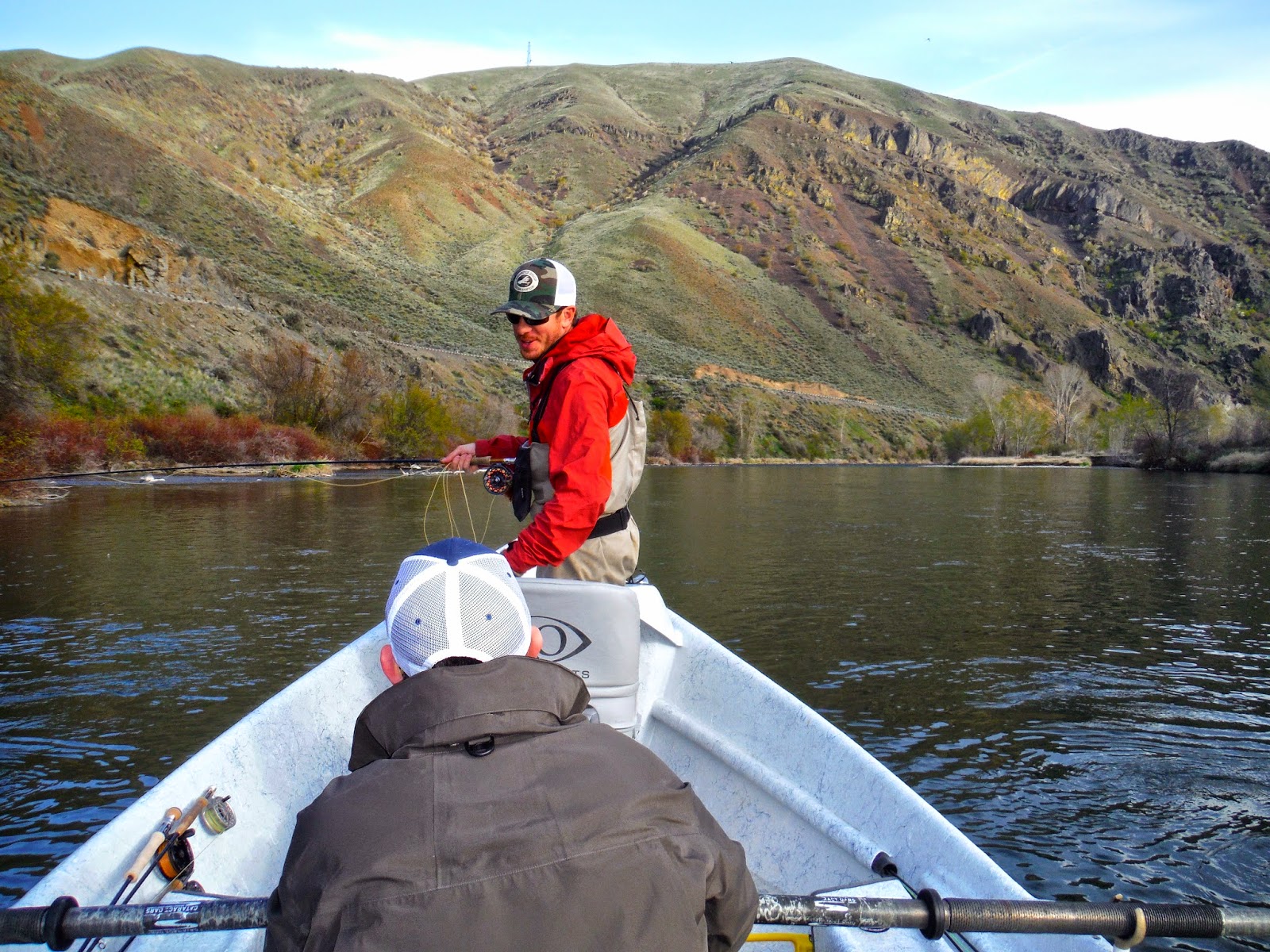 The fishing trip ended up being a nice float down the Yakima River.  A few fish hit the pico spider, but I lost both of them before bringing them to the boat.  Tyler had a few fish take his orange salmon fly with the same results.  Gracy, on the other hand, was perfectly content just enjoying the ride from the back of the boat; her bag of popcorn long gone, she now started on the peanut M&Ms. 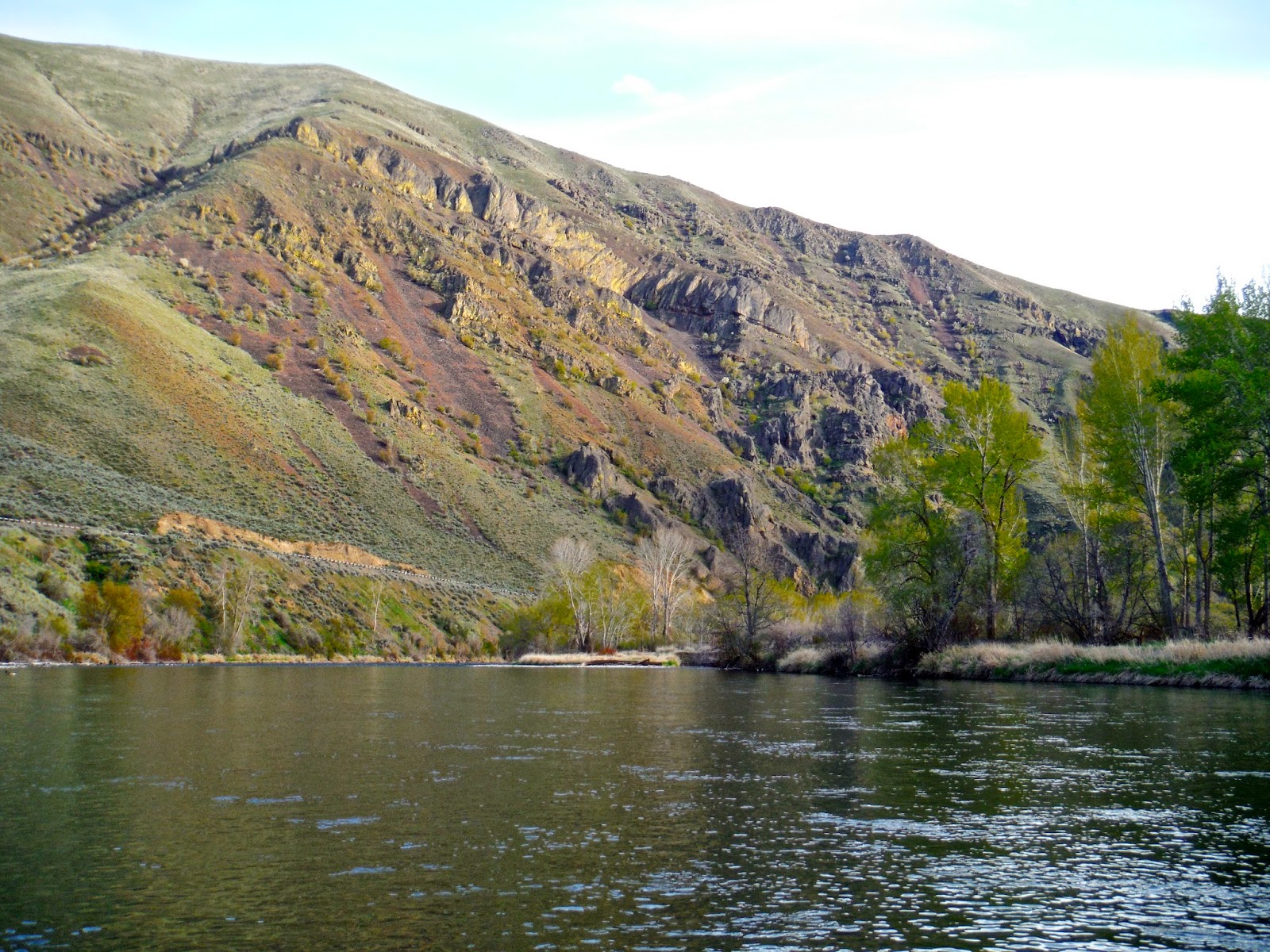 The sun had fallen behind the canyon wall which cooled things down a bit.  With no popcorn or peanut M&Ms left to munch on, Gracy sat in the back adding layers to keep warm.  We had made it to the take-out, and it was a welcomed sight for Gracy.  She stood up to jump out of the boat before it had even come to a complete stop. 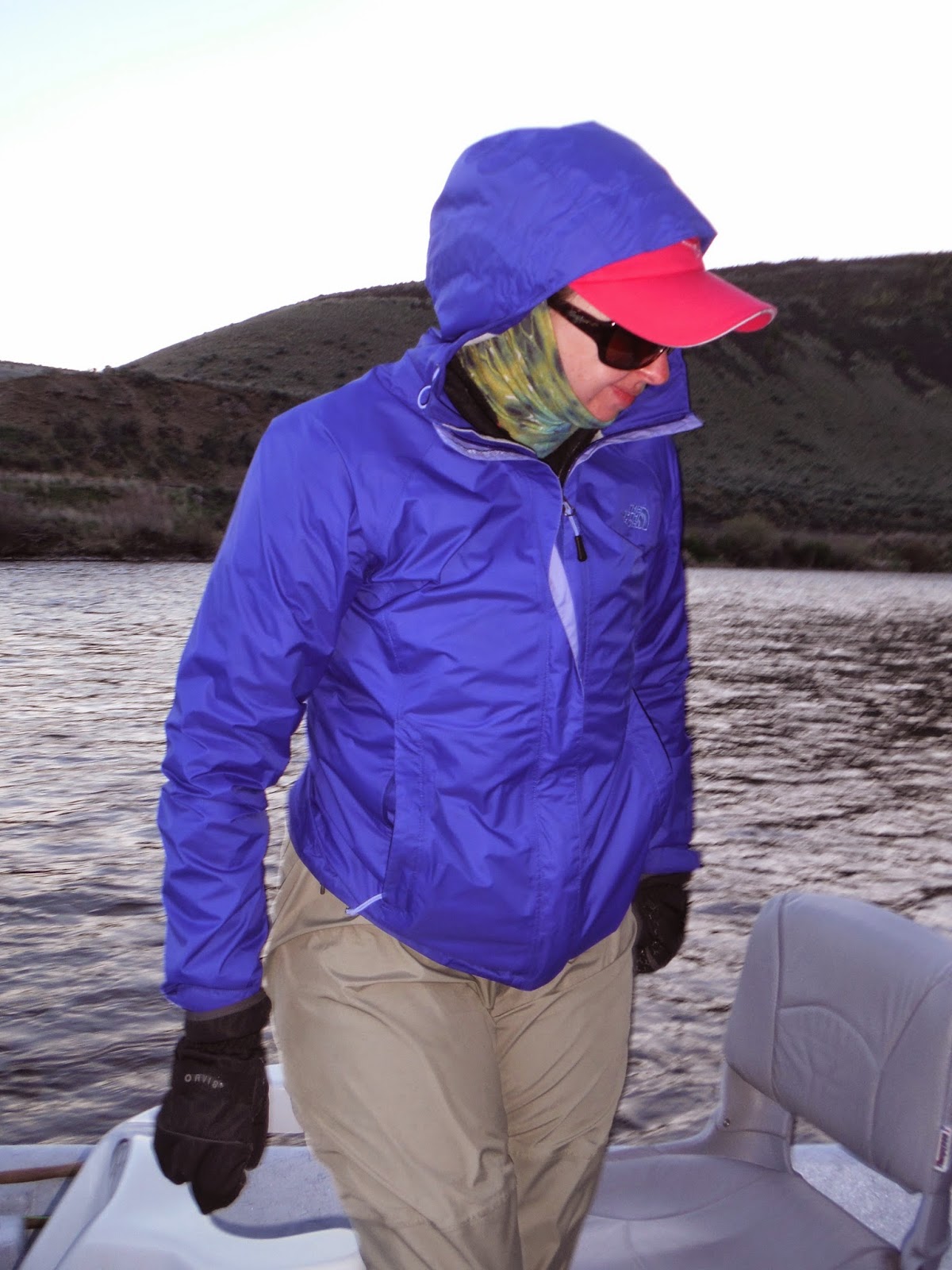 Tyler got the boat secured as we longingly discussed a better time to come and fish the Yakima River. Though it had not been productive catching-wise, Tyler was able to teach me a few tricks on how to keep a drift boat steady on the water.  Those little techniques can make at the difference, and I was glad Tyler was willing to share. 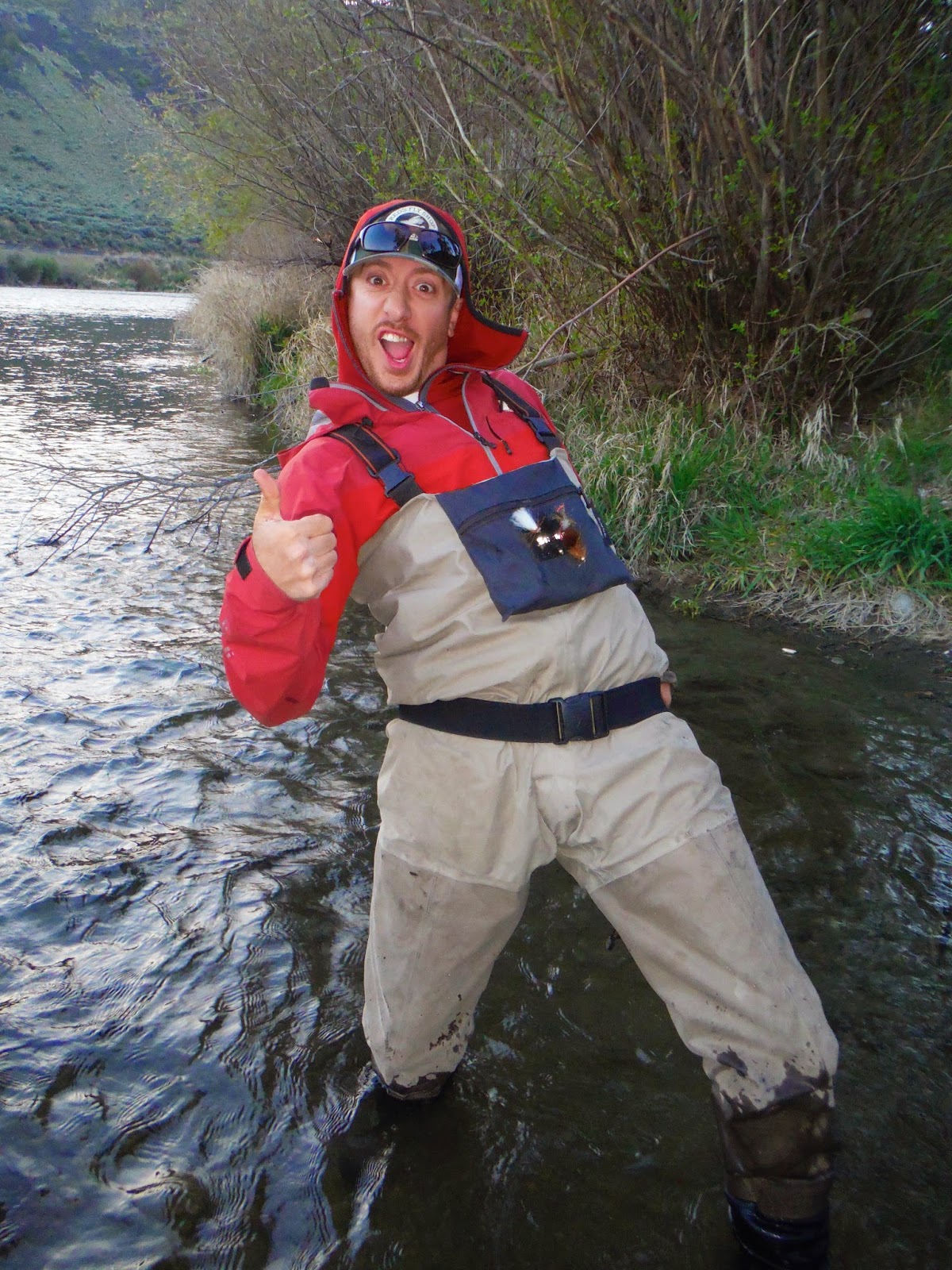 After we said our goodbyes, Gracy kicked on the heater, full blast, for the drive back to Moses Lake. 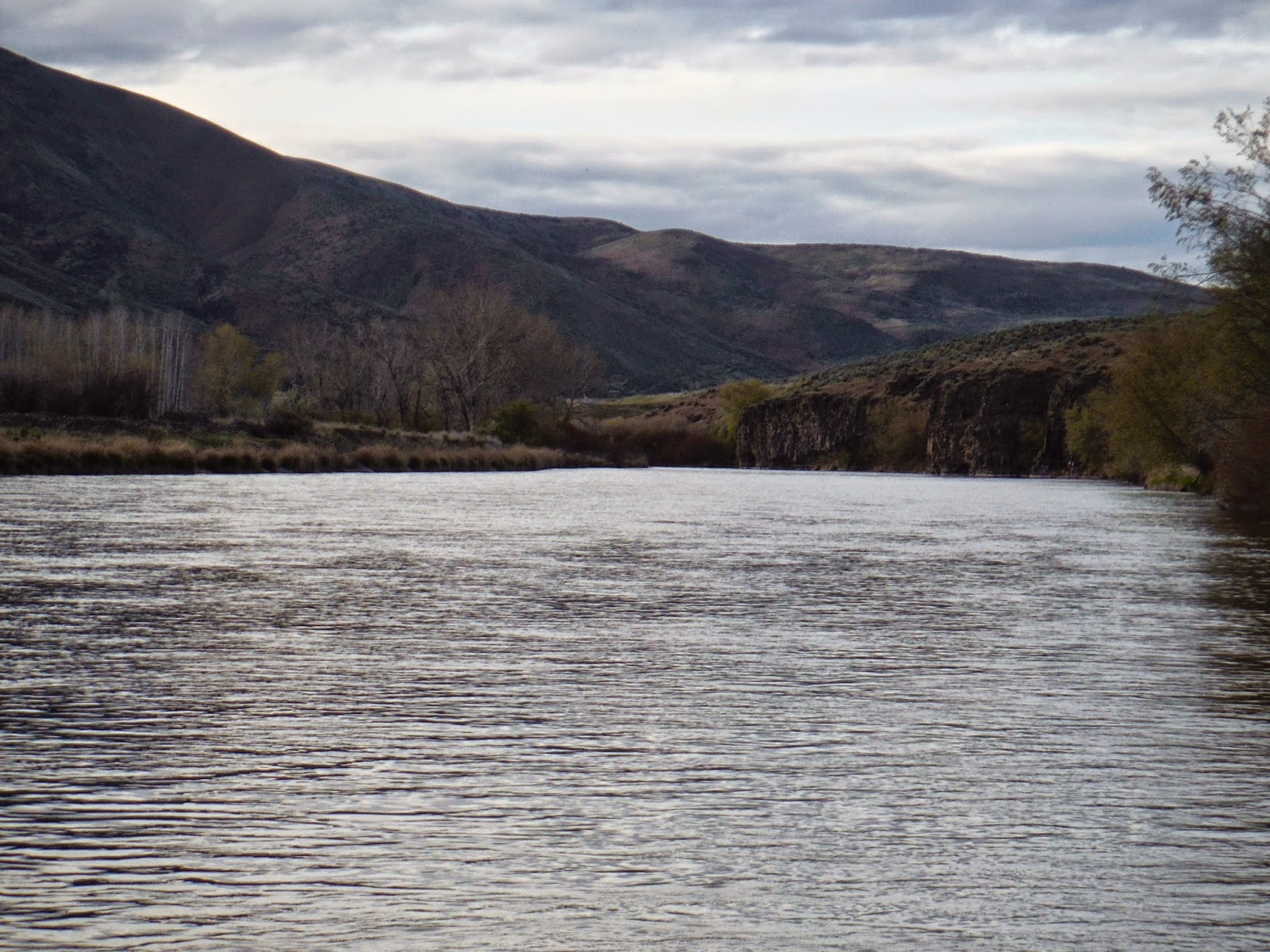 It was a fun day spent fly fishing, but the next day was the real reason why we came: to pay tribute to a very kind aunt who had passed away from cancer.  My tia MaryLou, shortly before she passed away, told the people close to her not to cry, but to be strong and enjoy the time we spent living.
Like I said before, I came home to attend a funeral, but was able to get here a day early to fly fish. As something she knew I loved doing, I’m sure Tia MaryLou would have wanted me to take that time for myself… I love you Tia. Travel well.