Skip to content
On top of the guide competitions, live band, and free beer and wine provided, Orvis also hosts a fly fishing film event where Travis (Hank Patterson) would give a quick presentation before they kicked off the fly fishing videos for the evening. Travis always delivers a great performance, but this time would be a little different. He would also mention the passing of his life long friend, Reese Ferguson, that all of us had gotten to know through the Hank Patterson videos. Despite his rehearsals, there was no clear path he would take when talking about Reese at the live performance… It would be interesting to hear what he had to say. 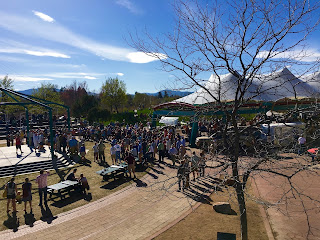 While the rest of the festivities took place outside, Travis left early to go over his presentation. Both Jason Jacopian and I listened in and offered feedback if needed, but by now Travis had his presentation locked in and ready for the crowd. 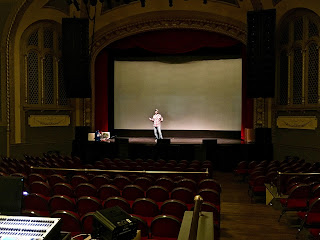 The reaction from the audience is always spectacular, and Travis gave one of the best performances I had seen yet. His 2017 Hank Patterson for president campaign went well, but the best joke was when he mentioned the man-buns. If you have never seen a live performance by Hank Patterson, it’s worth the admission. 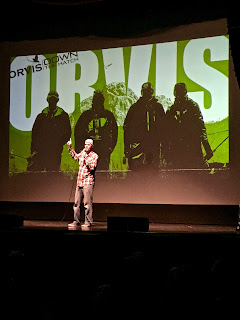 The crowd cheered as Travis ended his presentation, and as soon as the cheering slowed down, he turned back around to talk about Reese…
“Many of you know my buddy Reese has been battling cancer, and just the other day he passed…” Travis’s voice broke.
“I can’t do this…” Travis said, before he turned his back to the crowd and fell silent.

Travis Swartz does not fall silent, EVER! The recent passing of his friend was well known through the fly fishing community, and there was a large mention of condolences from just about every fly fishing company on social media.

Everyone in the crowd that has experienced the loss of a loved one understood, in that moment, what had just happened. No one in the crowd made a sound, except for a few sighs of the people that were unaware of Reese’s passing. Travis stood with his back to the crowd, and I wondered if he was going to be able to talk about Reese at all… Then, in a matter of seconds, he was back. 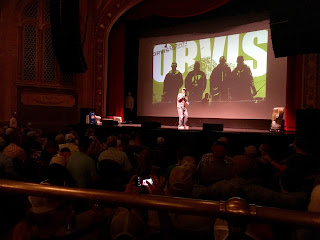 Like nothing had happened, Travis spoke to the crowd about his friend. It was the perfect story to tell that covered the significance of the Orvis Rendezvous and Missoula. You would have had to have been there to fully appreciate the subtle jokes Travis made about his friend that made you wish you knew him better. In the end, Travis thanked the crowd, and in response, over 800 fellow anglers stood in honor of Reese Ferguson. 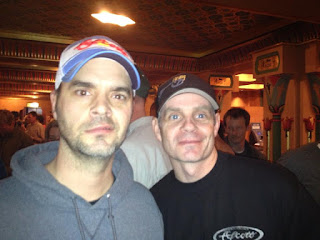 It was the perfect ending to a fantastic weekend vacation. A number of Hank Patterson fans stopped to talk with Travis and to pay their respects to Reese. The rest of us trickled out of the theater and headed to the Tamarack Restaurant for dinner. 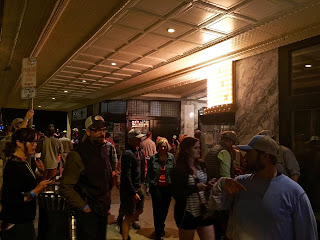 Travis joined us after a while, and we all had a laugh about the events that happened during our weekend: Travis’s perfect presentation, my drink of choice, Joel’s first turkey, Jason actually catching a fish, Deb’s awesome cookies, and the moment when Joel lost his new iPhone in the Bitterroot River. Yes, it was a good time indeed, and I am already looking forward to the Orvis Rendezvous in 2017.